Ever since the massive success of Game of Thrones, fantasy novels have been a hot commodity. But many of the series that get adapted or reimagined are well known IP. Often they’re even stories that have already made it to the screen. But there’s so much more out there! We’ve put together a list of some of our favorite fantasy novels that we’d love to see adapted. Most of these have never even been optioned; a few have been picked up but have yet to make it to production.

We Hunt the Flame – Hafsah Faizal 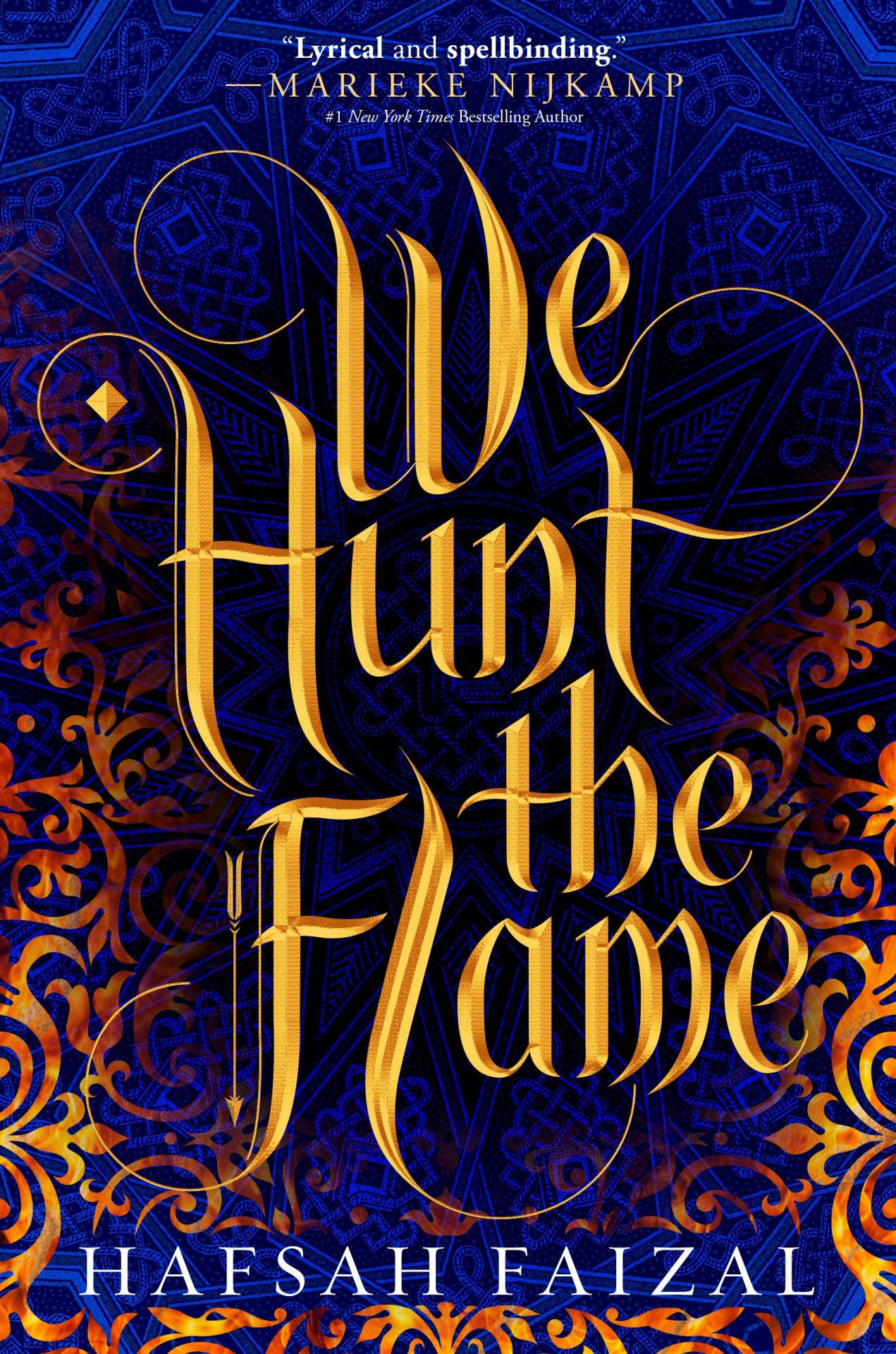 A young woman who has to disguise herself to survive. A young man whose life is defined by cruelty. Together the pair will fight their fates and a cursed forest that threatens to destroy their land. But when one is sent to kill the other, who will survive? And how will their fates shift? We Hunt the Flame has already garnered a huge fanbase. This is exactly the kind of popular, exciting, and totally different series that studios or networks should be seeking out.

Parable of the Sower – Octavia Butler 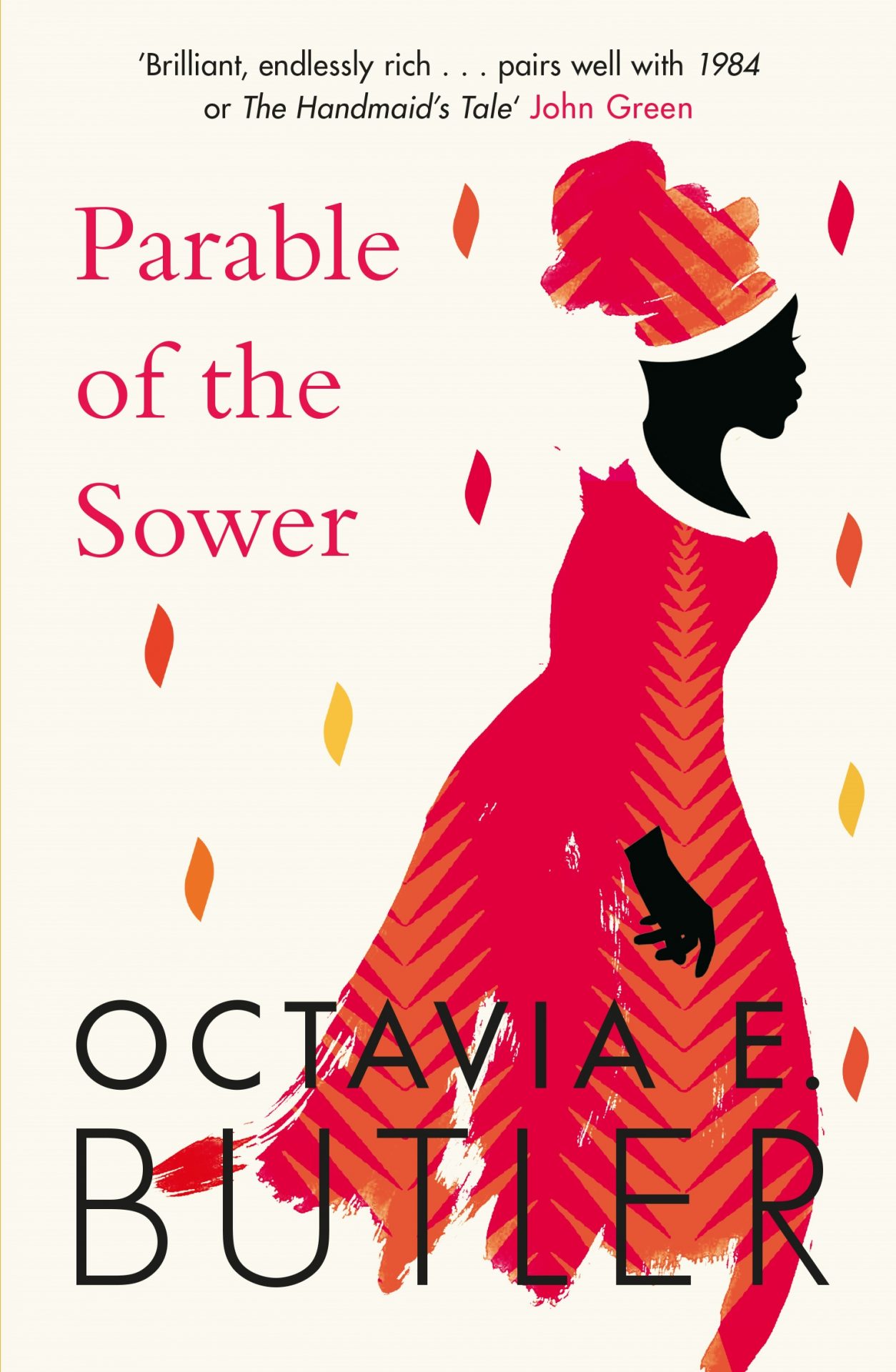 It’s hard to overstate how much we need a Parable of the Sower adaptation. In the grand ‘who saw it coming’ conversation around seminal sci-fi the right answer is always Butler. Parable of the Sower is a perfect example. It’s set in a dystopian version of LA only a few years from where we are now. Privatized police rule, pharmaceutical companies run riot, and our hero is a 15 year old hyper-empath called Lauren who must find a new way for humans to survive and thrive. 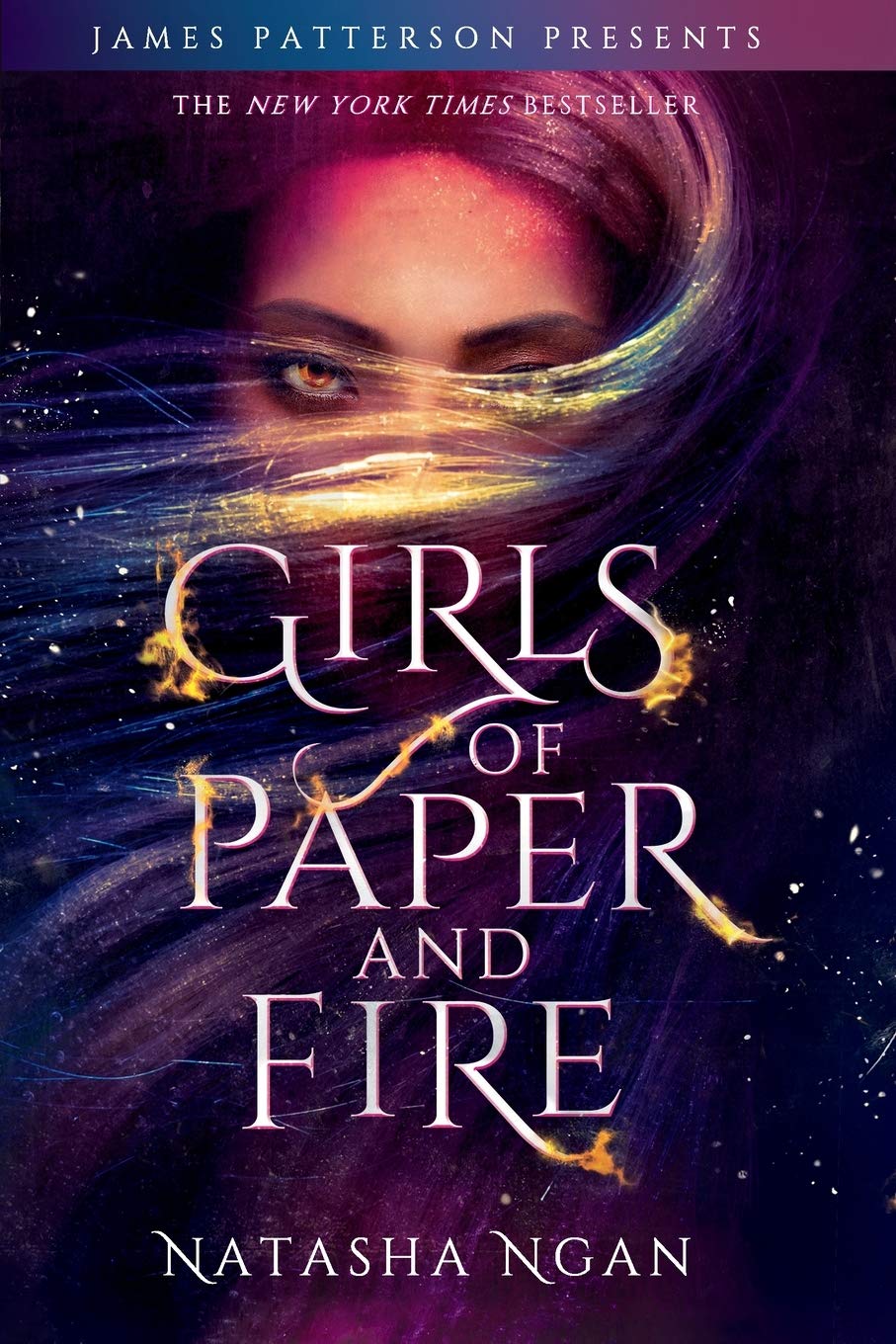 Each year eight young women are chosen to serve the king of Ikhara. It’s seen as a blessing but is really a curse. Picked from the lowest class of society, the girls are trained to please the king. But when Lei embarks on her training she makes a huge mistake: she falls in love. The object of her affection has a secret though, one that will put them both on a dangerous path. This series that uses fantasy to explore trauma, abuse, and recovery seems ripe for adaptation. 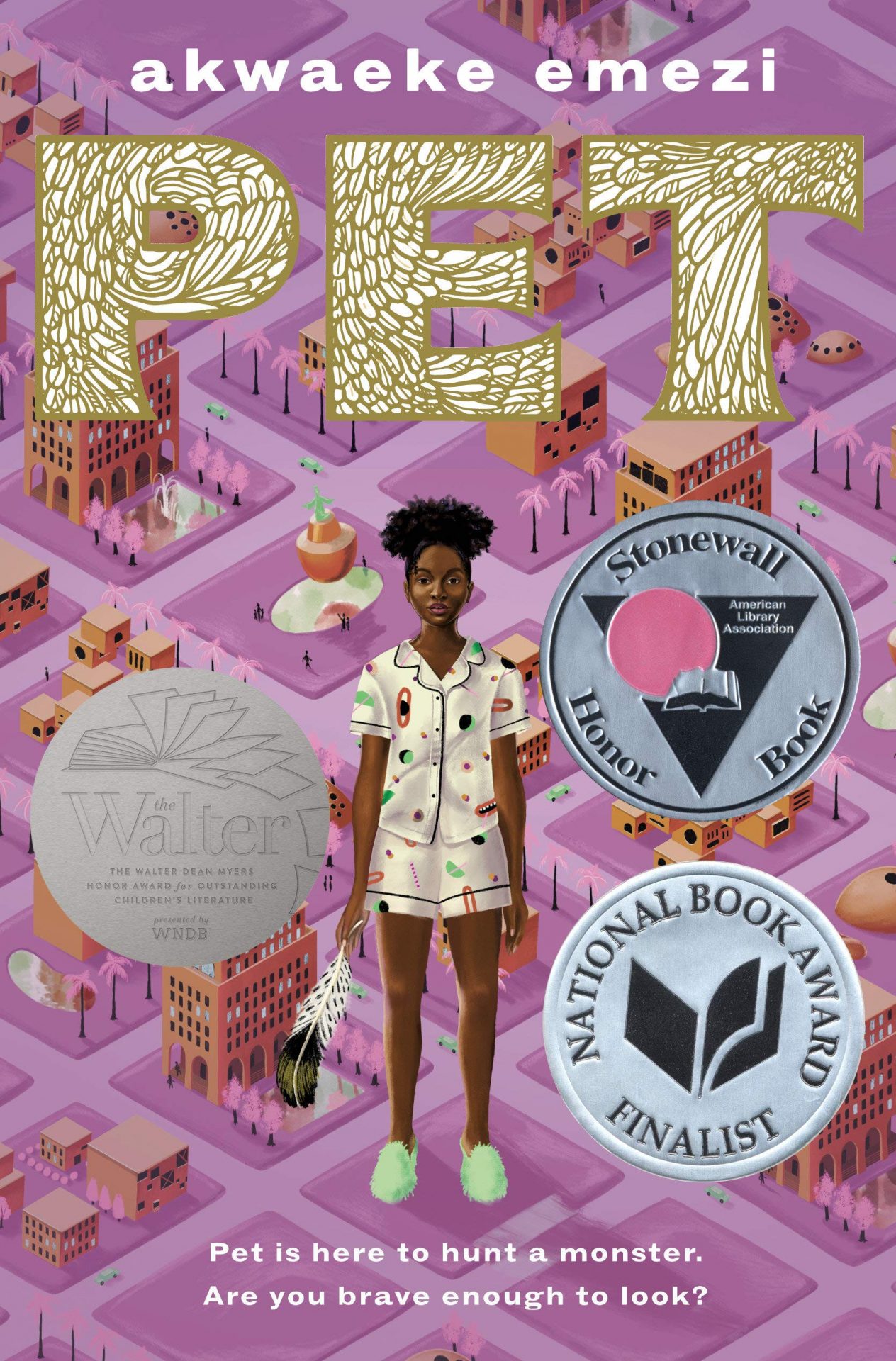 Make Me a World

Any network or studio would be lucky to take on a story as transgressive and radical as Pet. In a world where monsters don’t exist, Jam is shocked when she discovers a horned creature who claims to be hunting one. Led by a trans, selectively verbal hero for the ages this is a timely, heartbreaking, and utterly engrossing exploration of what kids can do when adults around them are in denial. Though it’s thoroughly contemporary this feels like a timeless fable in the making.

Every Heart a Doorway – Seanan McGuire 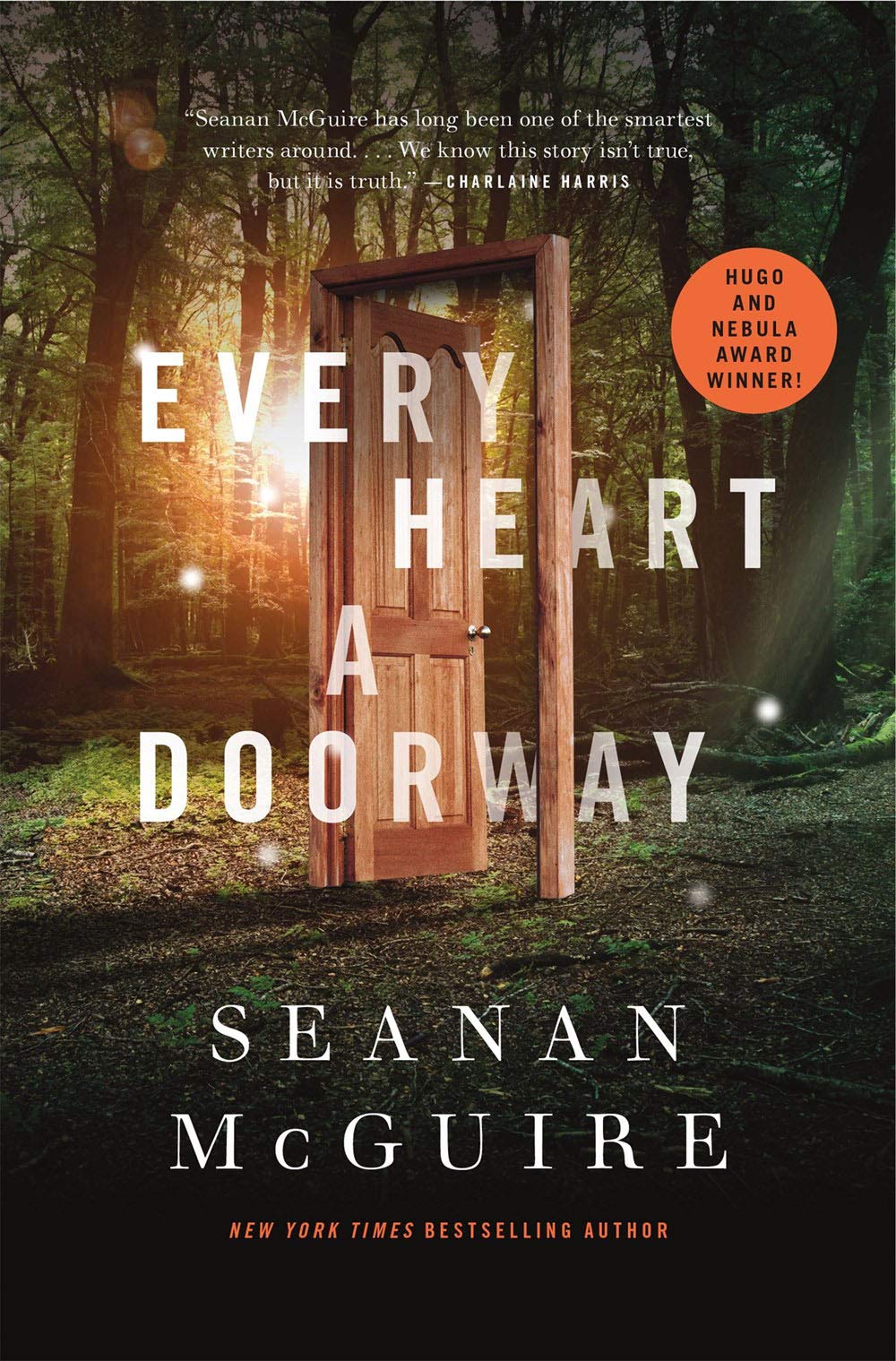 Vibrant, inclusive, and radical. Every Heart a Doorway is just what we need more of. Eleanor West’s Home for Wayward Children is a school like no other. The institution exists as a place for young people who once went on incredible journeys. Imagine if Alice was thrown out of Wonderland and had to acclimatize to the real world? This is the first in a series of stunning novellas, and even has an accessible murder mystery plot perfect for adaptation!

Beasts Made of Night – Tochi Onyebuchi 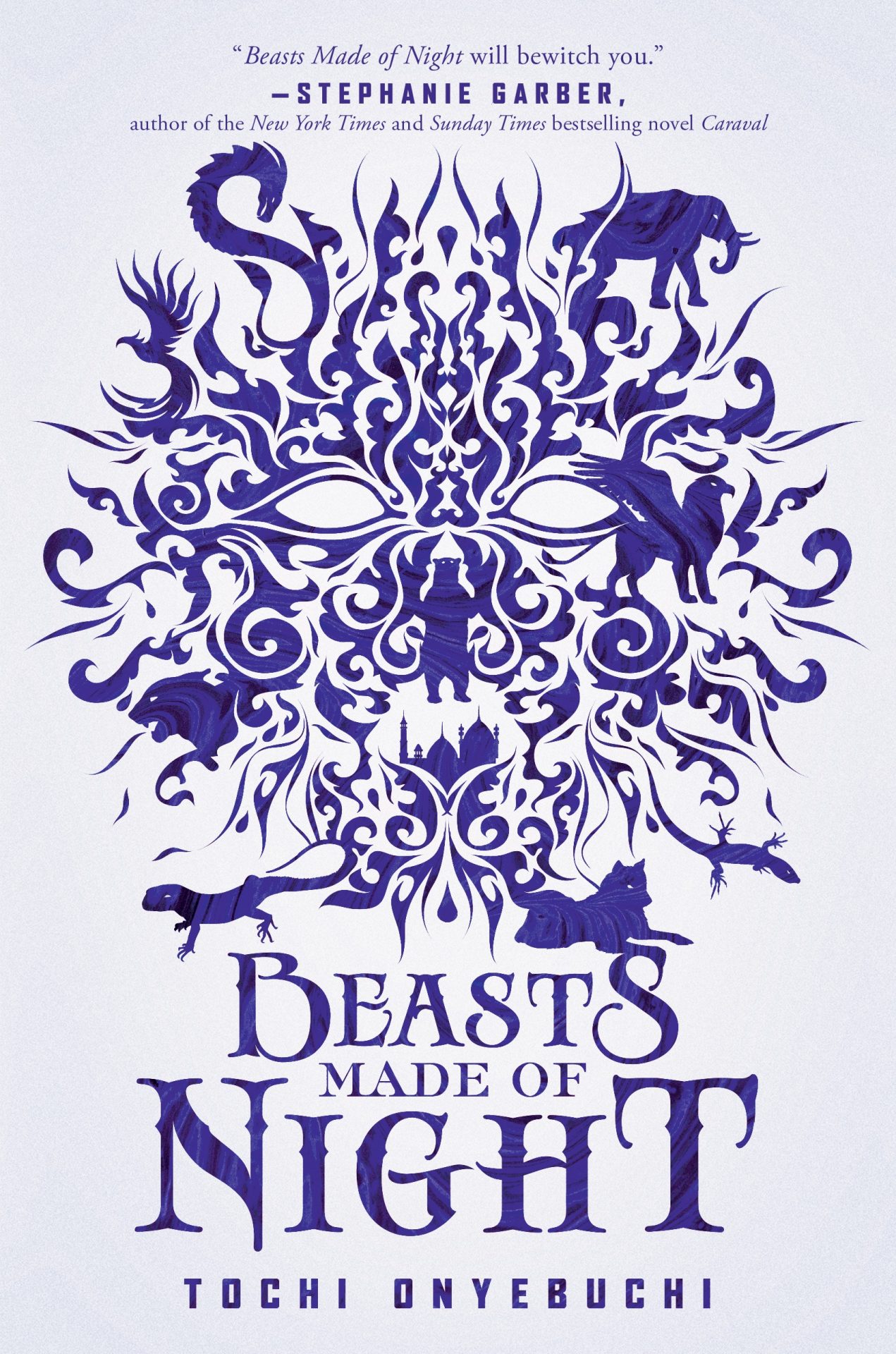 Every studio is seemingly looking for the next Game of Thrones, and they may find it in Onyebuchi’s gritty and addictive Nigerian-influenced fantasy. Sprawling settings, magical powers, characters you actually care about, and a mysterious conspiracy that could mean the end of everything? It’s just as brilliant as it sounds. There’s also the fact that our hero, 17 year old sin-eater Taj is one of the most engaging leads we’ve read in ages. 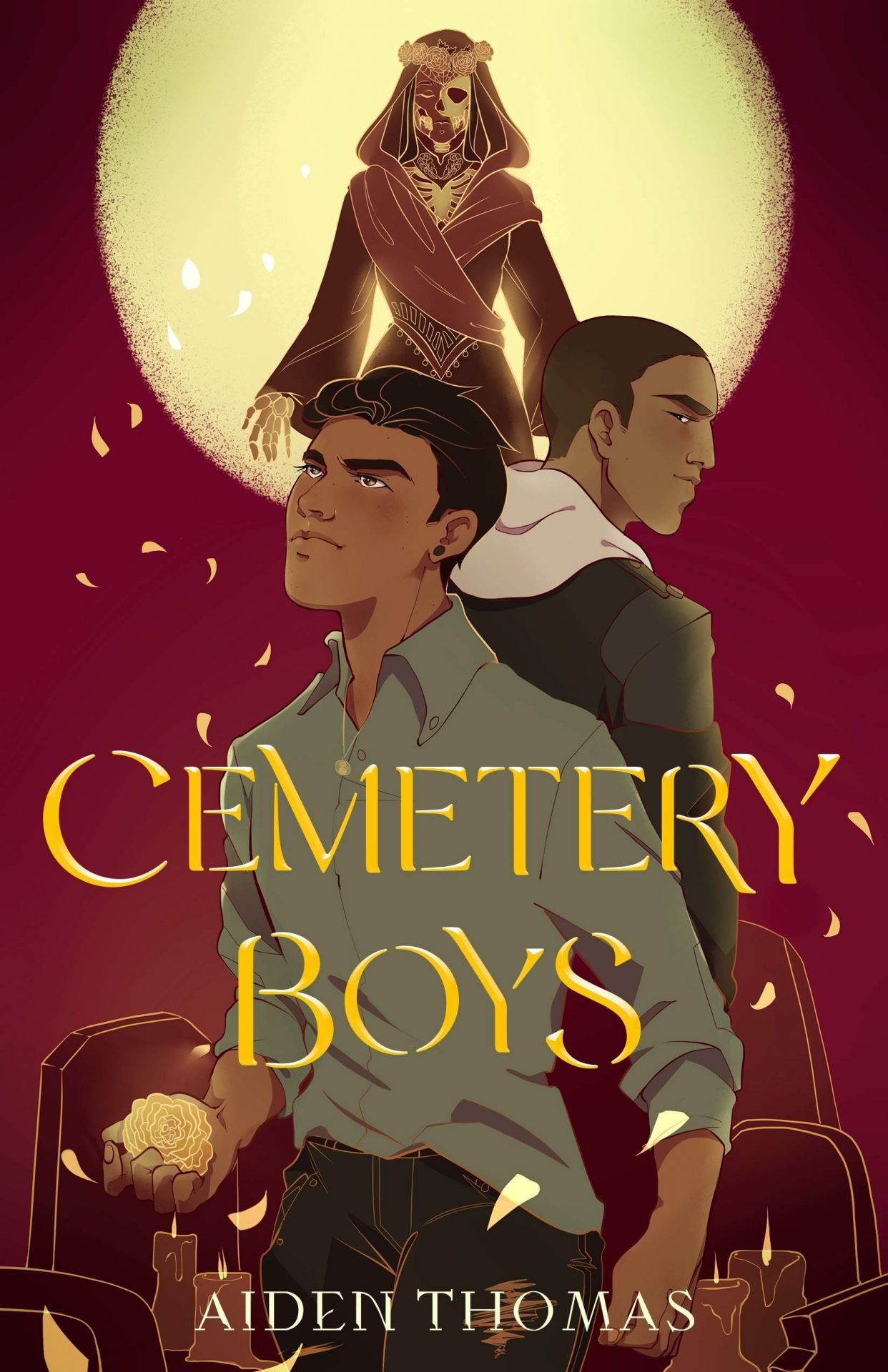 We’re huge fans of this awesome supernatural story and want nothing more than to see our beautiful children brought to life. This is another book that feels ripe for a long form adaptation. Determined to make his traditional family accept his gender, Yadriel summons a ghost. But it’s not the right ghost. Instead of his murdered cousin, he gets the hunky school bad boy who is less than happy about being in the afterlife. And when they work together… magic happens. 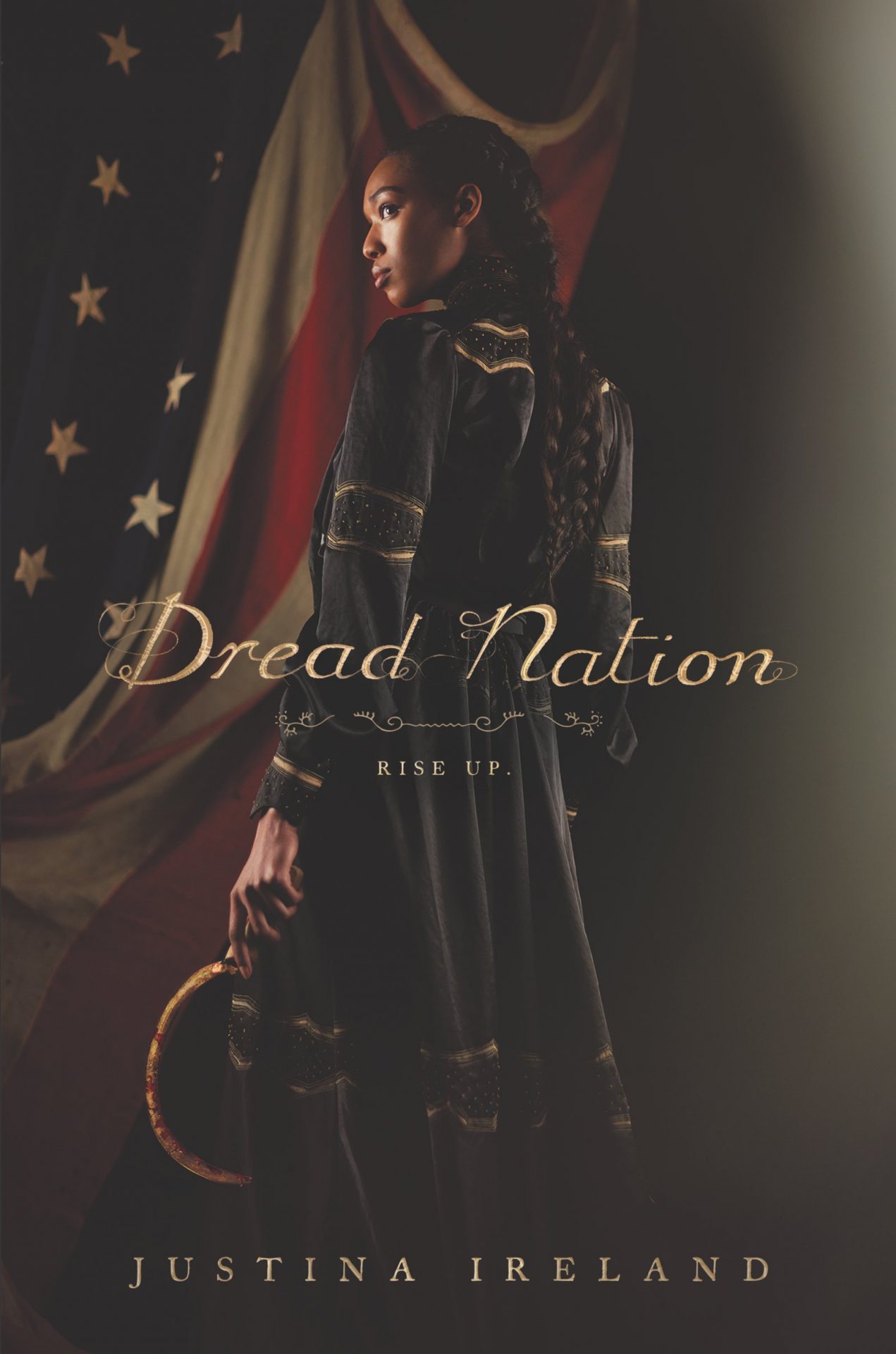 The fact that Jane McKeene isn’t already an onscreen action-hero is a crime. The skilled fighter is at the heart of Ireland’s subversive historical fantasy series, and we love her. Trained at Miss Preston’s School of Combat for Negro Girls, Jane is about to embark on her life as a protector of the rich against the rising tide of the undead. But her life is upended when she notices a pattern of deaths and uncovers a violent conspiracy. We need a Dread Nation show NOW! 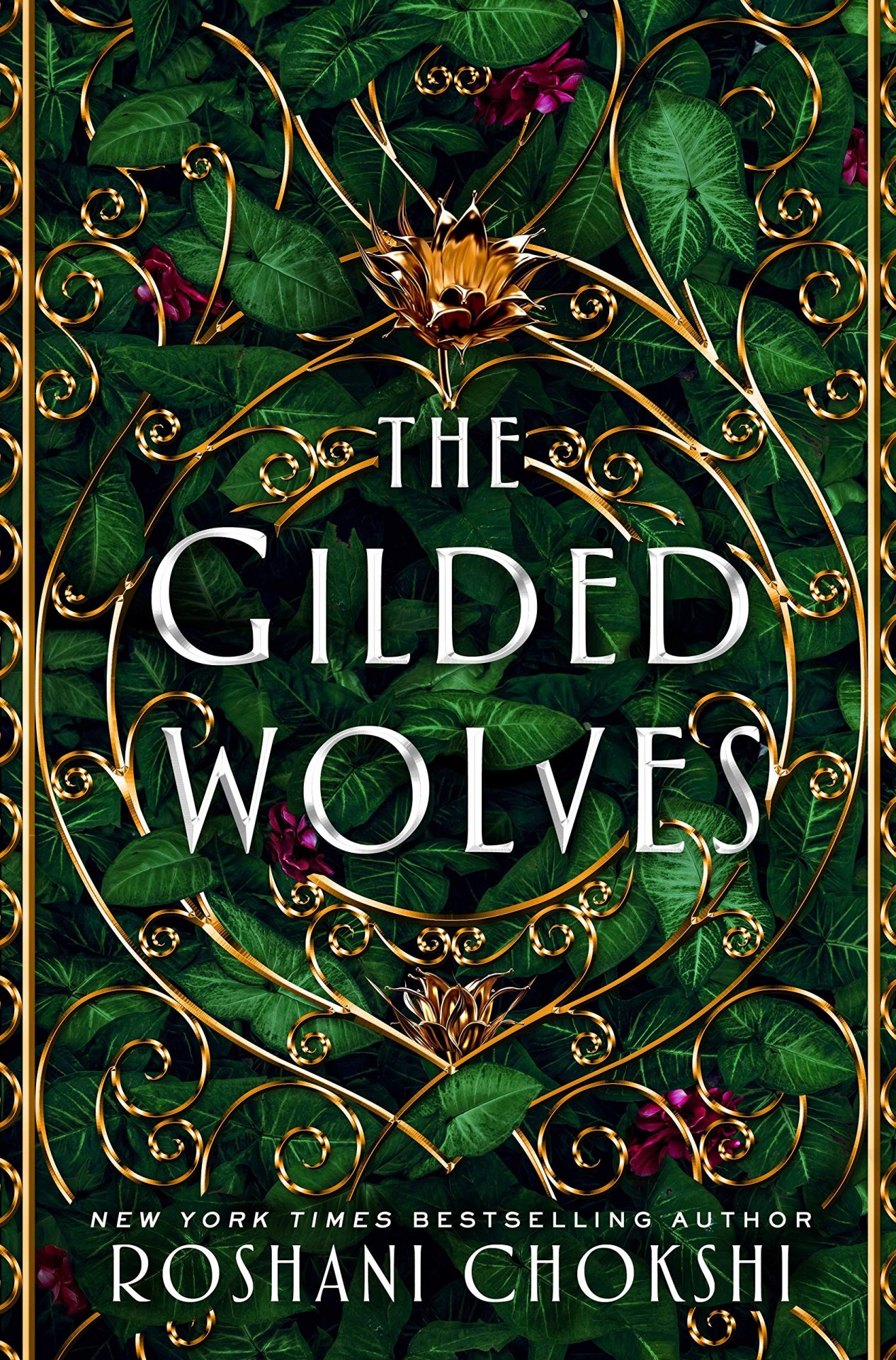 Who doesn’t want to explore Paris in 1889? We’d certainly love to see the industrial age city come to life on screens. Especially when it’s filled with such dynamite characters and action as The Gilded Wolves. Séverin Montagnet-Alarie is a wielder of secrets but when the enigmatic Order of Babel makes him an offer he can’t refuse, he’s sent on a wild quest. Glittering, beautiful, and filled with rip-roaring adventure this would make for some seriously great prestige TV.

A Song of Wraiths and Ruin – Roseanne A. Brown 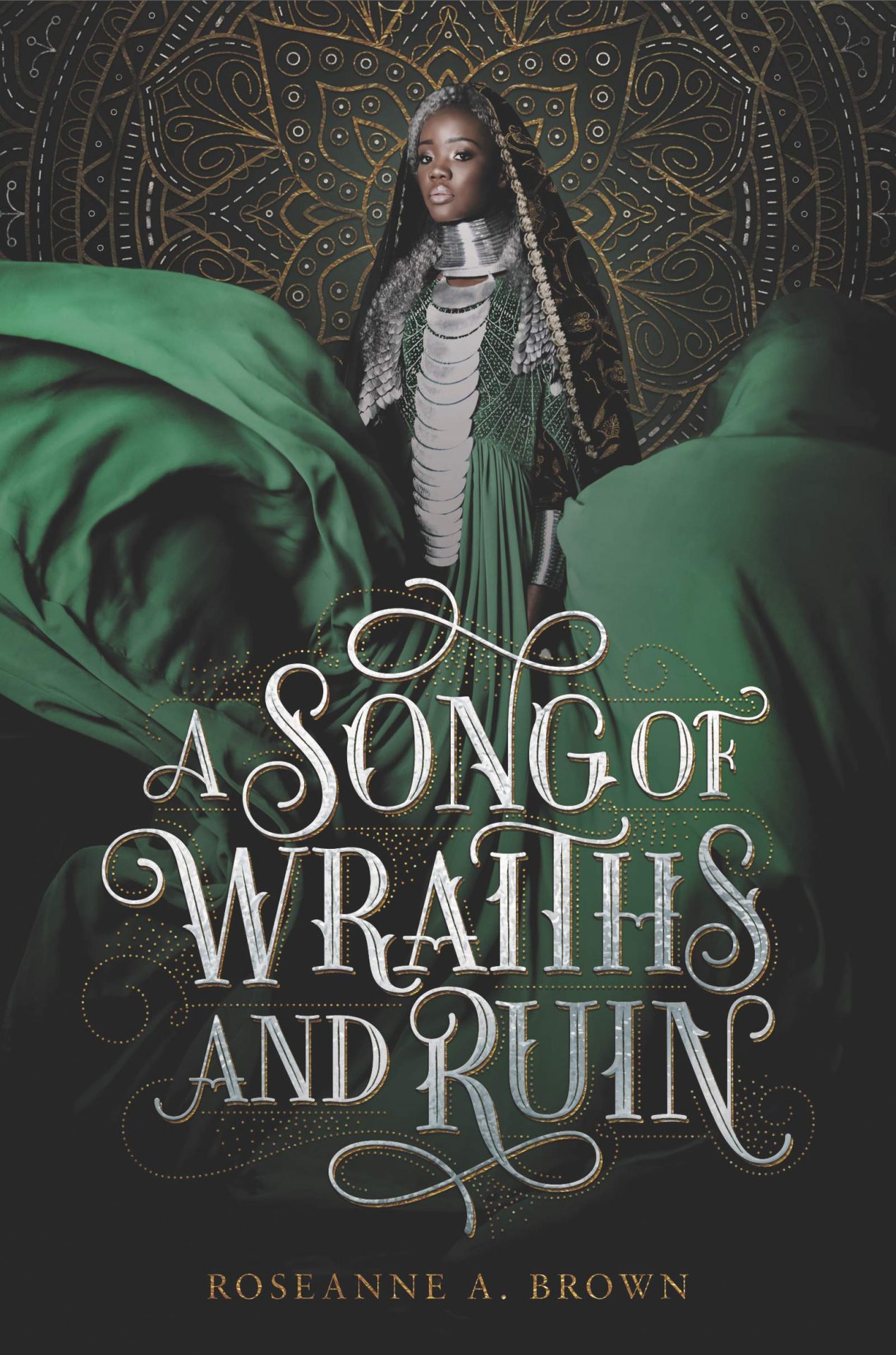 Another YA gem which we are desperate to see adapted is this stunning debut. Fate brings together Malik and Karina at the Solstasia festival. Unfortunately Malik has been sent to kill Karina in exchange for his sister’s life. Brown weaves a wondrous tale that is super easy to lose yourself in. This West-African inspired book would make an awesome action-adventure series and it even features some really great representation of anxiety. 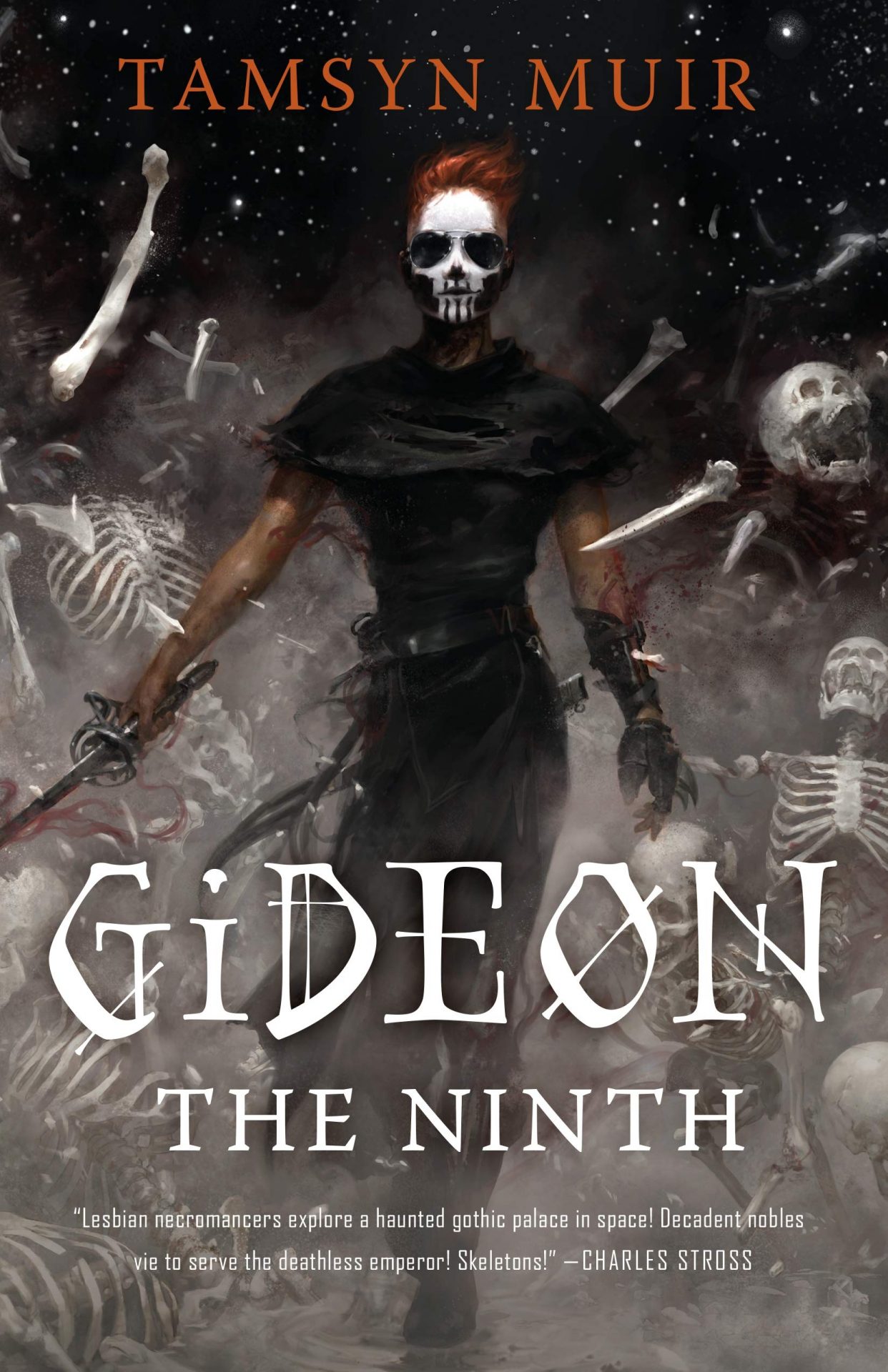 Gnarly, gruesome, dirty, and hella gay this is one of the best fantasy books in eons. It’s utterly shocking this isn’t already in the works, but alas. An imprisoned (and very saucy) warrior is forced to team up with her necromancer jailer in an intergalactic gothic adventure. So, Gideon and Harrowhark head off to a deep-space haunted house to fight for their lives… and their world. We need more gory, sexy, funny, queer fantasy shows and movies, so make this now!!!

Our last few entries are properties that have been at one time picked up or optioned but are not currently in production! 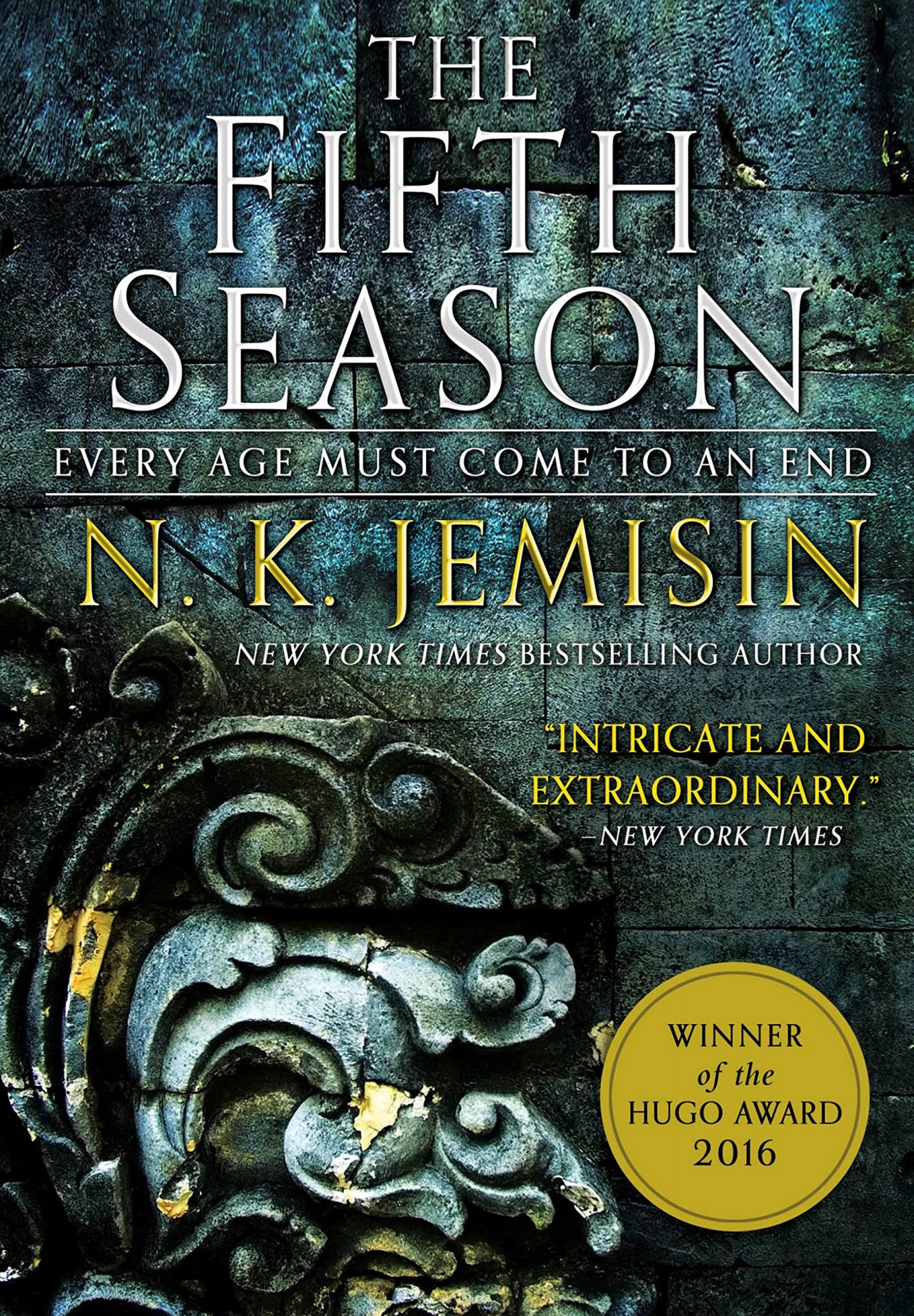 Jemisin is one of our all-time favorite authors and this adaptation is long overdue. While it was picked up by TNT in 2017 it hasn’t made it to the screen yet. HBO Max or somewhere with the budget to spend a few million an episode seems like a great home for this epic series. Set on a sprawling continent ravaged by recurring apocalyptic events, this is a must read. It’s also prime for a big-budget adaptation exploring the lives and society of the inhabitants. 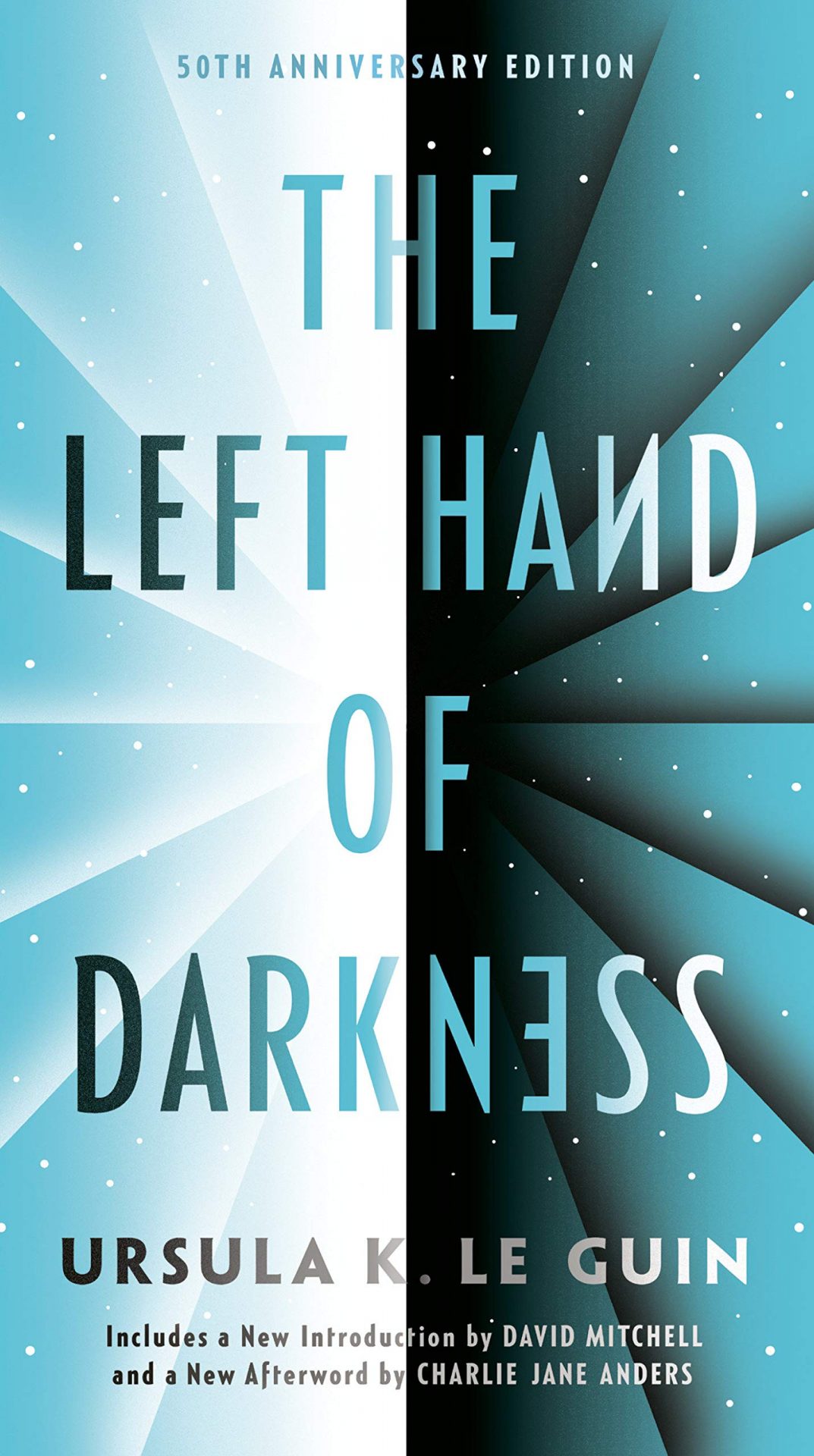 As one of the most iconic sci-fi and fantasy authors of all time, we’ve been lucky enough to get some Le Guin adaptations. However, most have been animated or slightly lackluster. We’d love to see a truly complex version of this sci-fi novel. Following two strangers as they journey across a barren planet, this book is just as thought-provoking as ever. And with its exploration of gender and societal expectations, it’s high time for a modern adaptation.

Into the Drowning Deep – Mira Grant 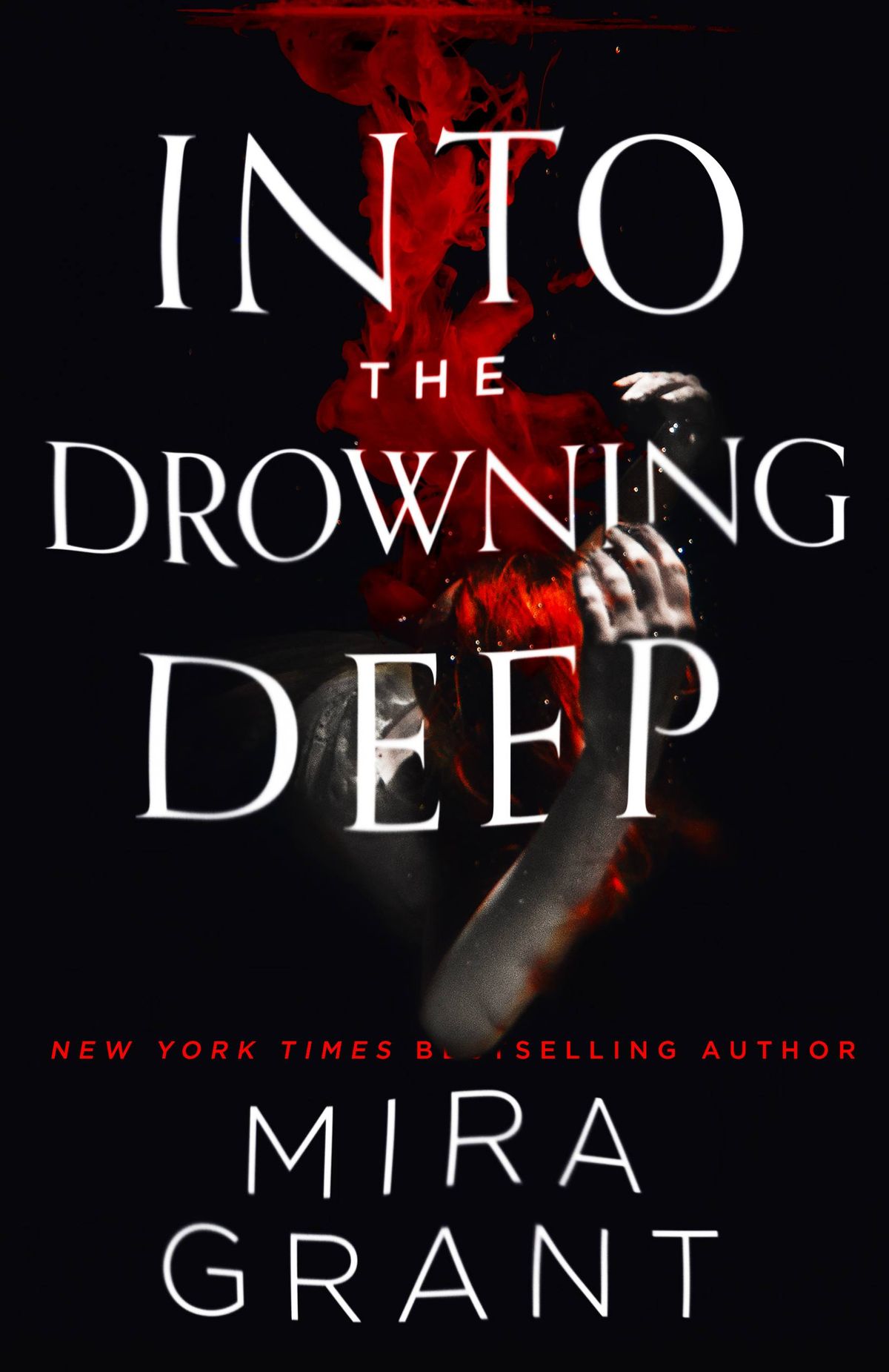 Mary Lambert was attached to a version of this stunning sci-fi fantasy in 2018. But seeing as it has yet to appear we are including it here. Dense and delectably dark, this story centers on a scientific expedition to find mermaids. But this is a wholly horrific take on the iconic creatures. Filled with strong women, neurodivergent and queer heroes, and a scary bloodthirsty monster we need this on our screens sooner rather than later.

House of Salt and Sorrows – Erin A. Craig 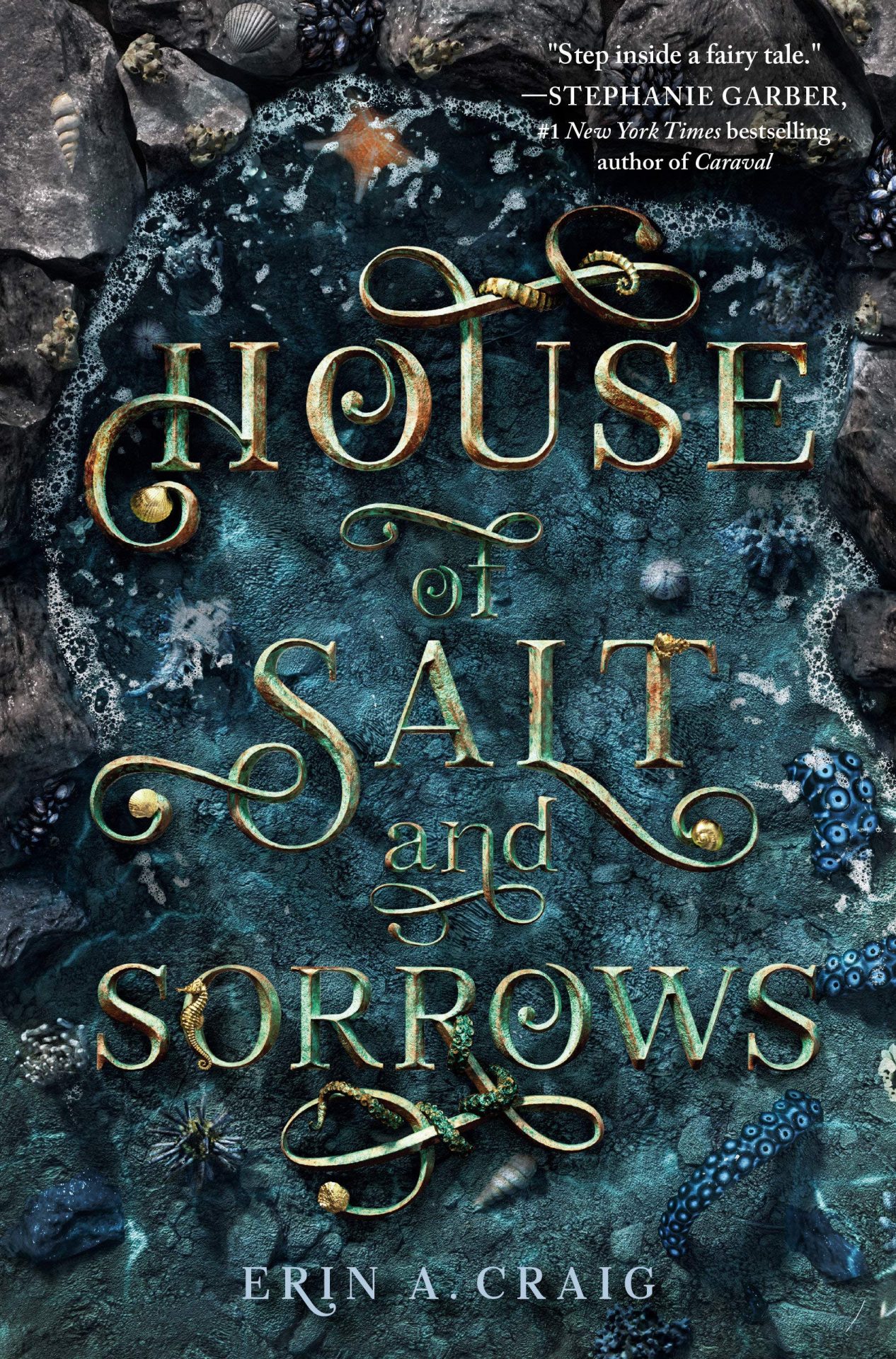 In case you haven’t realized it: we love a good fairytale reimagining here at Nerdist. This gorgeous gothic fable retells the classic Grimm brothers story of the 12 Dancing Princesses. It’s dark as heck and utterly gorgeous. Secluded in their wild oceanside castle, a group of cursed sisters try to survive, but their lives change when they find the entrance to another world. This book was optioned in 2019 but has yet to enter production. 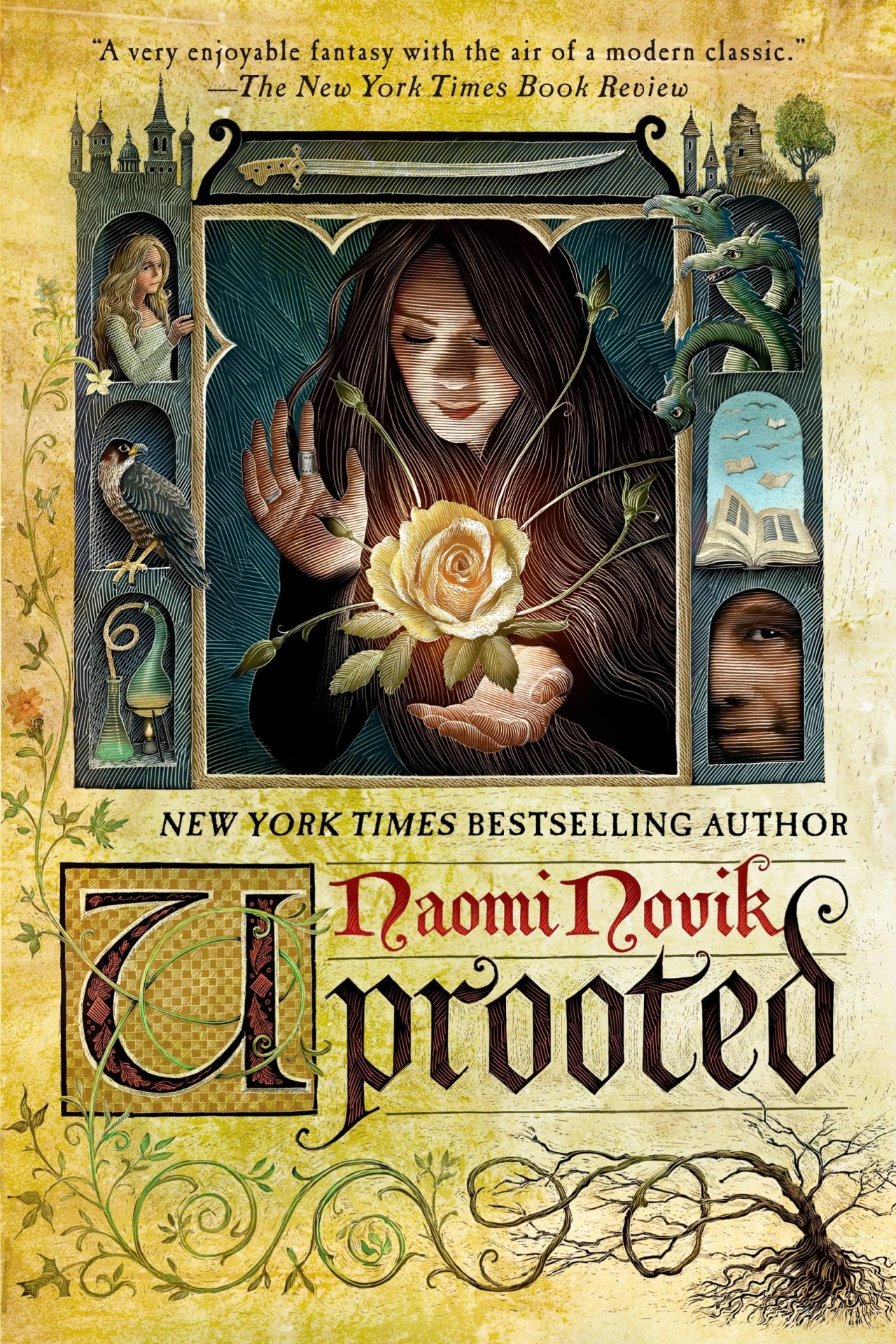 Imagine if Sophie and Howl (Howl’s Moving Castle) had never gone on an adventure and instead were thrown together by necessity. If that sounds like your kind of enemies to lovers story then you’ll love Uprooted. This magical fairytale centers on Agnieszka who is chosen by the local wizard to be his wife. It’s an arrangement neither of them are happy with until they begin to toil away to protect the village in the wizard’s isolated tower. Fantastical and ferocious, this would make wonderful TV.

Books
Go Behind the Scenes of THE SHINING with This $1,500 Collector’s Book
Melissa T. Miller
3 MIN READ
SEE MORE