I have a love-hate relationship with A24‘s horror films. They are some of my favorites of the genre. Incredible works of art that are both terrifying and thought-provoking. I also never want to see them again. Films like Midsommar and Hereditary ruined me. And still do. They’re unsettling and stick to you like a demon you can’t exorcise. It’s terrible and also the best. That’s exactly why I can’t wait for A24’s next foray into terror, Lamb. Because even though the film’s first trailer indicates a terrifying Nordic tale. And set to the Beach Boys’ upbeat hit “God Only Knows” makes it all the more sinister.

“A childless couple in rural Iceland make an alarming discovery one day in their sheep barn. They soon face the consequences of defying the will of nature, in this dark and atmospheric folktale, the striking debut feature from director Valdimar Jóhannsson.”

The indie studio loves nothing more than a spooky folktale and we can certainly celebrate that. 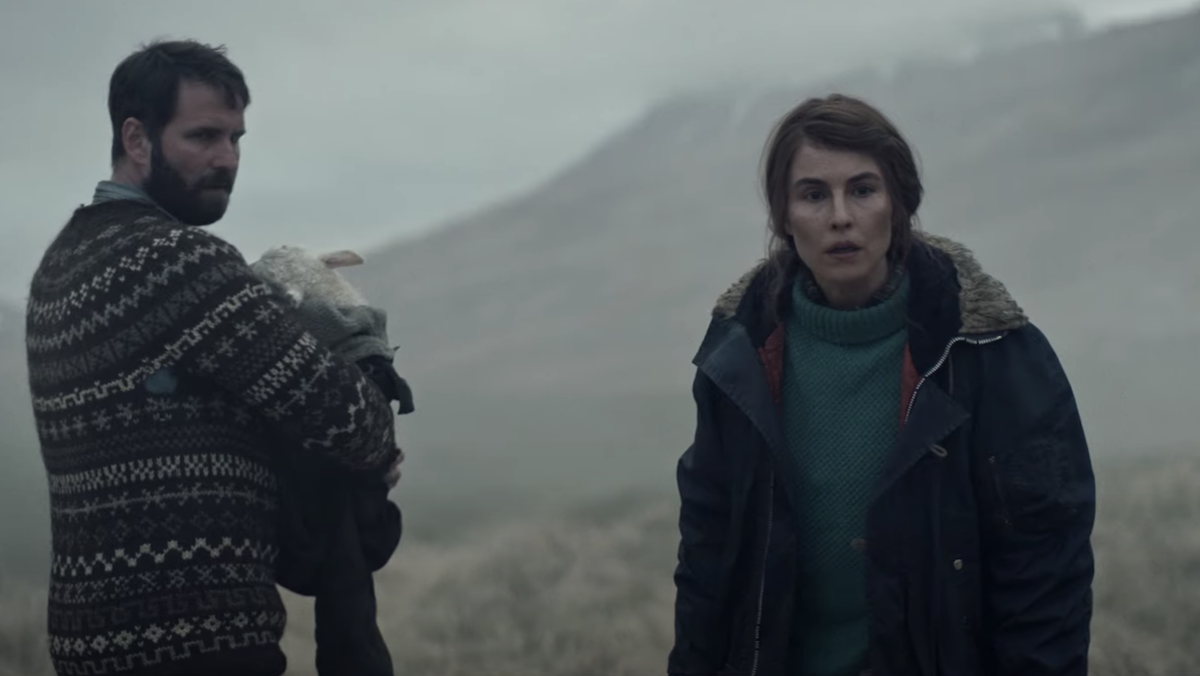 Earlier this week, Lamb released a first look that doesn’t give much away—other than the fact that we’re going to be incredibly creeped out. The video’s description elaborates a little more, teasing, “Icelandic couple María and Ingvar live with their herd of sheep on a beautiful but remote farm. When they discover a mysterious newborn on their farmland, they decide to keep it and raise it as their own. This unexpected prospect of a new family brings them much joy, before ultimately destroying them.”

The trailer doesn’t reveal much about what exactly will turn mother nature on its head. But it does provide an ominous, atmospheric setting for the film. The kind that doesn’t need to reveal its secrets to let you know its hiding a nightmare.

A24 also shared the first poster (which we first saw at Bloody Disgusting) for Lamb. The movie made its world premiere at this year’s Cannes Film Festival. Directed by Valdimar Jóhannsson, it stars Noomi Rapace (Prometheus, The Girl with the Dragon Tattoo) and Iceland’s Hilmir Snaer Gudnason. 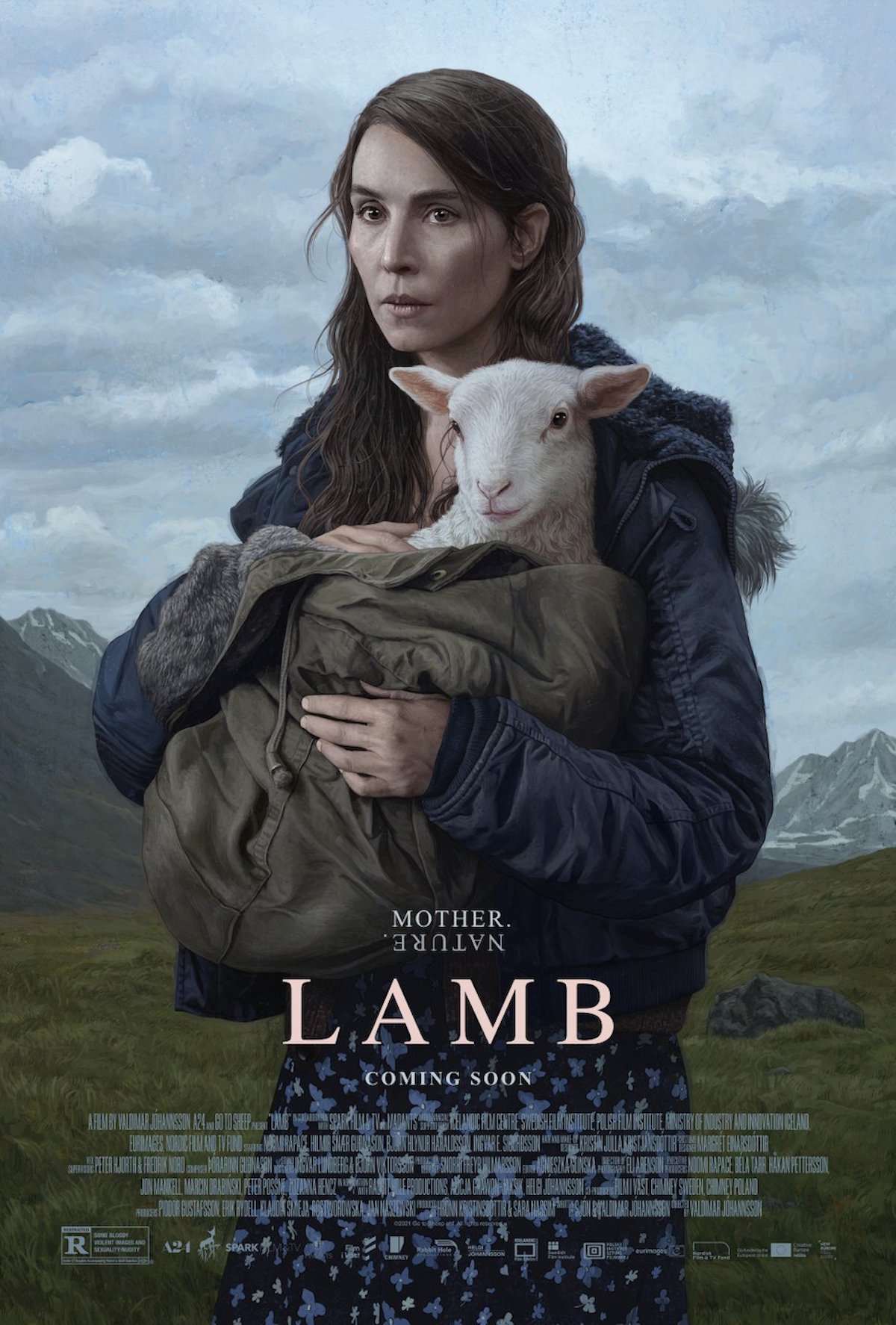 A painting of someone holding a goat with a vacant stare in an isolated part of the world is inherently unsettling. For showing so little, Lamb is already sharing enough to get me excited to see it. Exactly once I hope. That’s how you’ll know it’s really good.