THE GREEN KNIGHT Is a Sparse, Spectacular Journey - Nerdist

THE GREEN KNIGHT Is a Sparse, Spectacular Journey

Of the many, many movies we didn’t get to see in 2020, the one I was perhaps most disappointed to have to wait for was David Lowery’s  The Green Knight. I’m a big fan of his previous films. The idea of him tackling Arthurian myth, and a story that doesn’t get told much anymore, was especially exciting. If you read the director’s recent profile in Vanity Fair, you’ll know that, while we viewers might have been annoyed at the wait, Lowery himself used that time to recut and rework the entire thing. Whatever changes he made, the resultant film is a moody, creepy, dreamlike exercise in seeking honor and glory. I dare say, it was worth the wait. 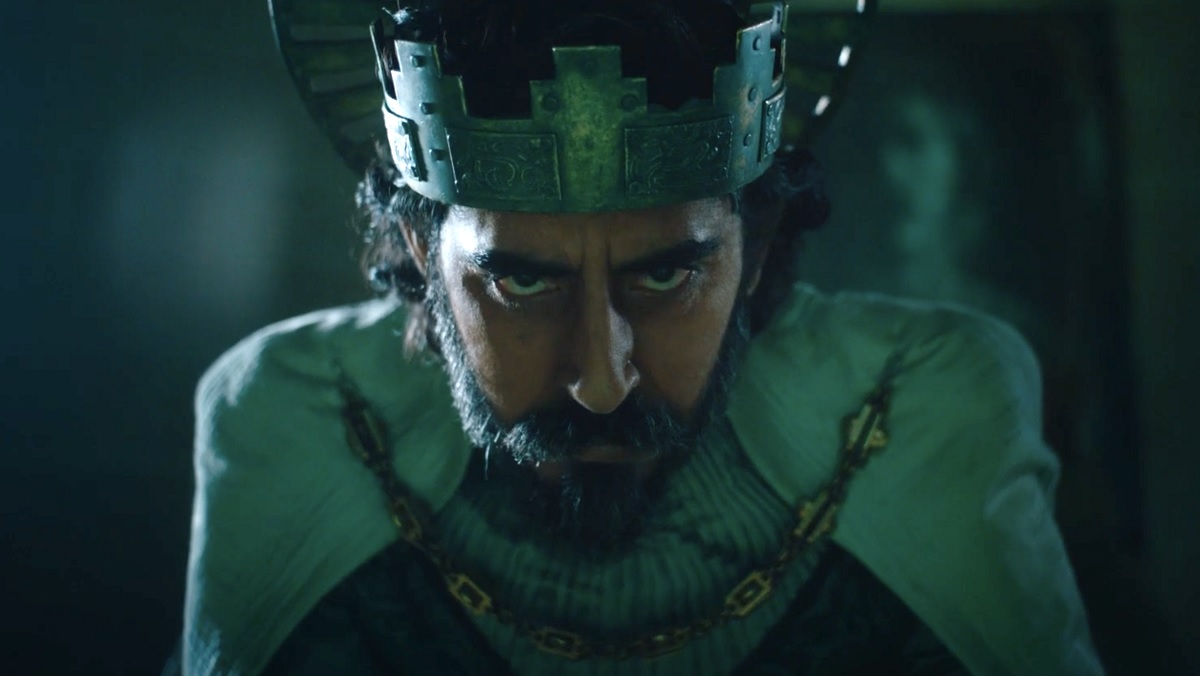 The Arthurian canon is a lot more than King Arthur, Guinevere, Merlin, and Lancelot. There are countless stories of the other Knights of the Round Table. One of these is Sir Gawain, played here by Dev Patel. At the beginning of the film (it’s Christmas, even!) Gawain is not quite a knight. He is aimless, without any tales of his own, and all too willing to spend his nights in a brothel with his chosen lady (Alicia Vikander). She loves him, but he’s looking for more.

At the Christmas feast, in order to prove himself to his uncle the aging King (Sean Harris), Gawain agrees to take part in a “little game” with the mysterious and otherworldly Green Knight (Ralph Ineson). The Knight challenges him to land a blow with a blade. If he does so, he will receive the same wound in kind one year hence. Gawain, a bit too bold perhaps, lops off the Knight’s head; the Knight then picks up his head and rides off, cackling. 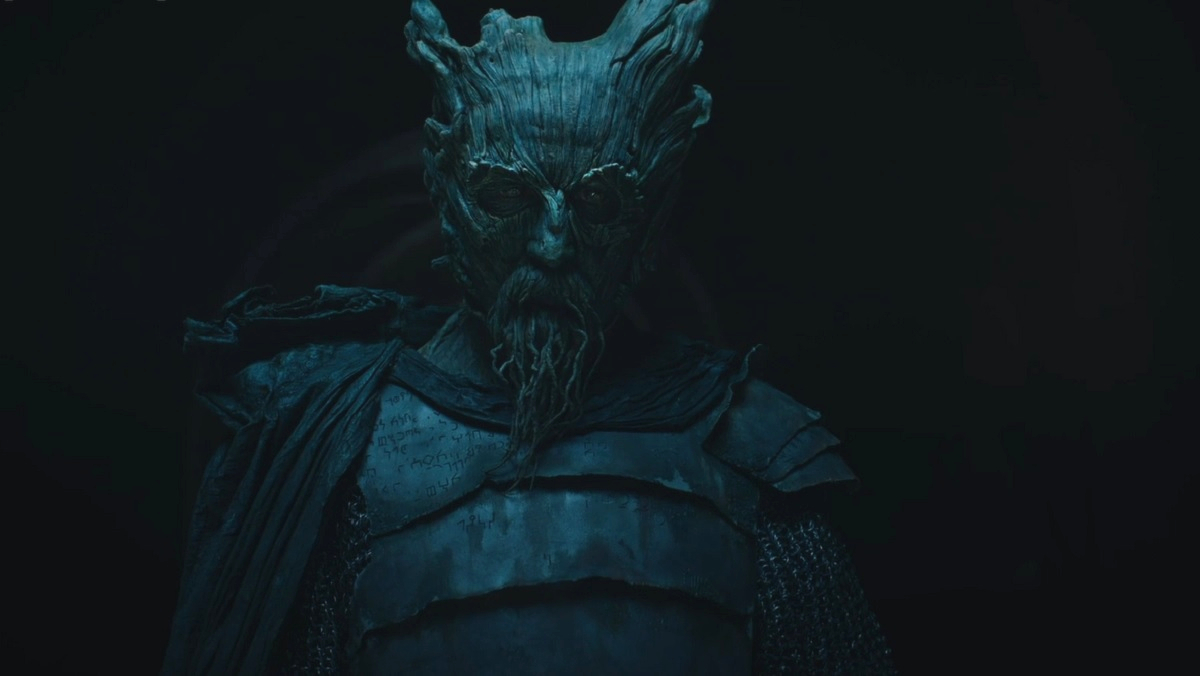 Naturally, this is an unsettling course of events for Gawain. News of his “courage” travels quickly and he spends the next year drinking and cavorting off of this one act. But time waits for no one, and Christmas fast approaches. He knows if he is to become an honorable knight, an honorable man, he must keep his appointment with the Green Knight. But to do so would mean certain death.

And this is really where Lowery hones in on an aspect of Arthurian Legend that is too often forgotten: honor and loyalty are of utmost import to knights of the Round Table. However, while the Gawain in the original poem is honorable and chivalric from the beginning, the movie makes him a fallible and decidedly dishonorable sort for a while. The King wants greatness for him, but Gawain himself is unsure of whether he will be able to go through with his quest. To his credit, Gawain knows his own faults, but overcoming them is another thing entirely. 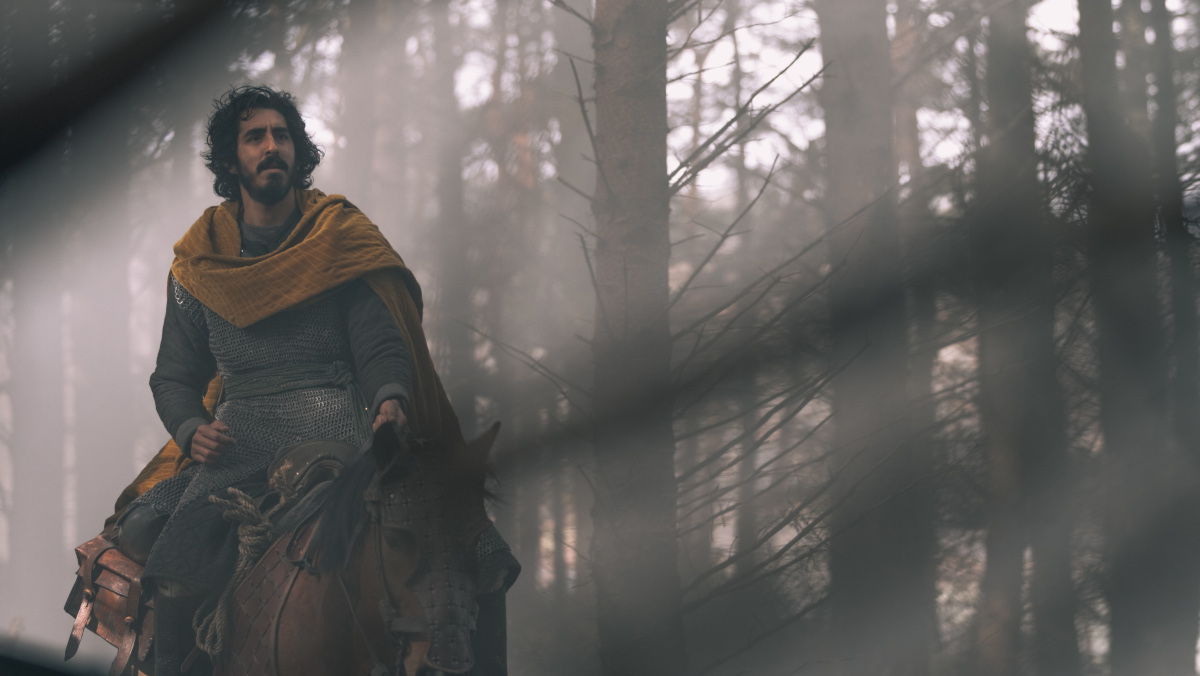 Along Gawain’s journey, Lowery adds in various other “side quests,” some of which were directly mentioned in the poem, others fleshed out or co-opted from other myths. They give Gawain more opportunities to prove (or disprove) his true heroism. Patel plays Gawain for much of the film like a trust fund kid, talking big but content to live off his family’s fame. On his journey, he meets all manner of characters, from bandits to ghosts to naked giants and talking foxes. These interactions give opportunity to test his mettle; we get a chance to take in the gorgeous photography by Andrew Droz Palermo and the haunting score by Daniel Hart.

I very much enjoyed The Green Knight and the way it tackles this kind of morality tale. It’s dark and foreboding and strange, but it never loses the inherent lightness of the conceit of a man looking for self-worth. This is very much an A24 movie, with all that entails. It’s incredibly sparse and it doesn’t hold your hand. For example, most characters’ names are never spoken aloud, and if you don’t already have a cursory grasp of King Arthur et al, you won’t get any help from the movie. However, this plays directly in to one of the themes of the movie, which is persona and fame preceding the actual people.

If you’re willing to go with Lowery and his vision, The Green Knight is a rewarding, resonant journey with wonderful performances and some things you’ve never seen before. However, I won’t pretend the sparseness won’t alienate some viewers. The movie asks you to intuit more than merely observe. I think it succeeds more than it doesn’t, and if you give over to it, you’ll find your own great reward at the end.