Behold the Cover for the Next KINGDOM KEEPERS Book - Nerdist

Behold the Cover for the Next KINGDOM KEEPERS Book

Ridley Pearson’s first book in the Kingdom Keepers series debuted in 2005. Geared towards younger readers, the series pulled Disney Parks fans into the theme parks alongside five teens. By day the teens serve as holographic hosts in the parks. But by night, the group battles Disney villains and prevents them from taking control of the parks—nay, the whole world. Though it’s been several years since the last Kingdom Keepers novel, the series will continue in 2022 with a new trilogy. And today Nerdist has the exclusive cover reveal for the first book in that trilogy: Kingdom Keepers: Inheritance. 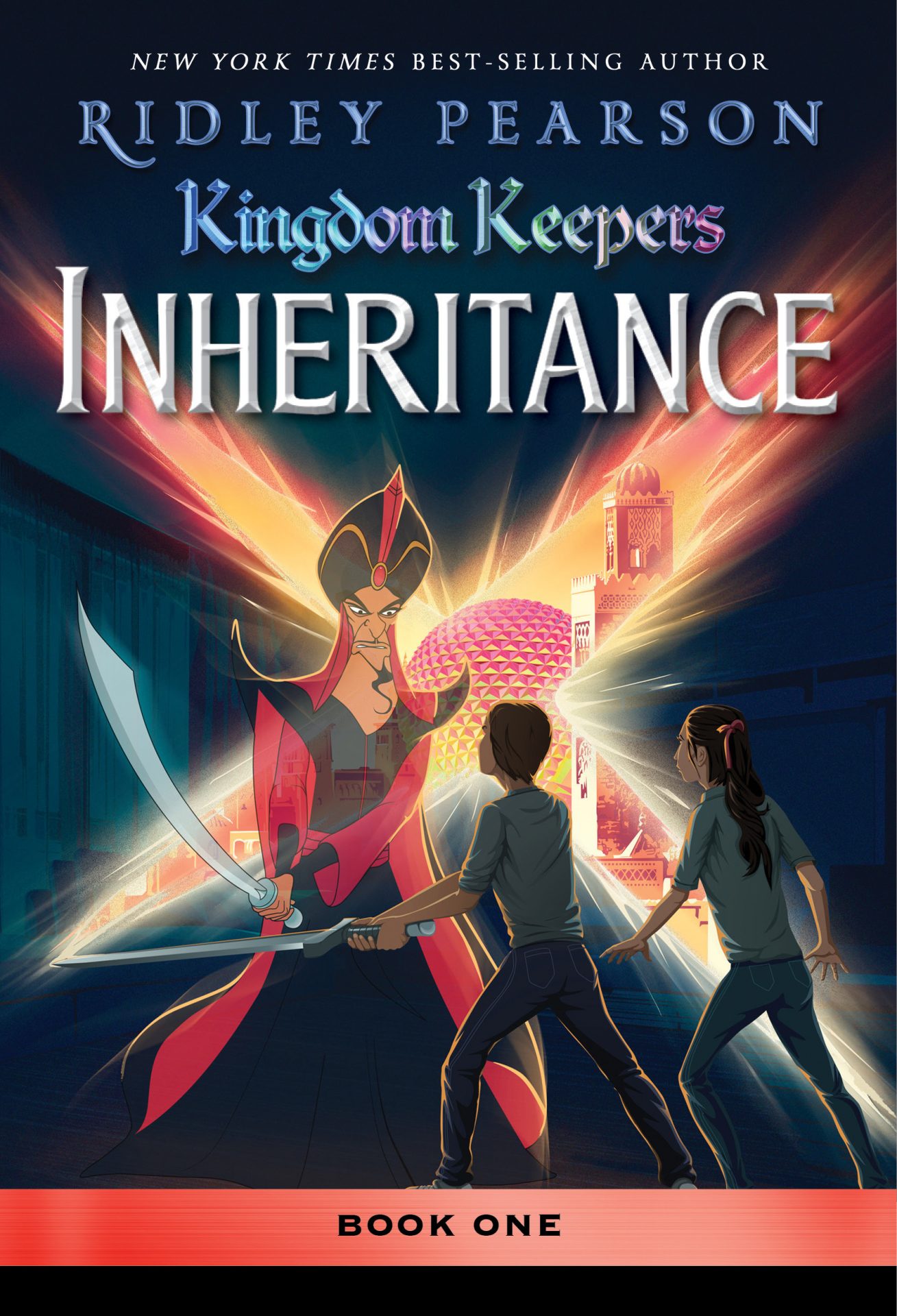 Look, we wouldn’t want to get on Jafar’s wrong side.

Inheritance takes place in Epcot, as you can see by Spaceship Earth looming behind Jafar on the book’s cover. Check out the official synopsis:

In the near future, in the Epcot of Walt Disney’s imagination, sixty thousand people live in a CommuniTree surrounding the forward-looking Walt Disney World theme park. Five unique families are among the residents—and some of the parents were once known as the Kingdom Keepers. Their identities are carefully guarded in order to raise their children without special treatment, most of the Kingdom Keepers work for the Walt Disney Company, and have settled into “ordinary” and rewarding lives.

When a messenger carrying a secret communication from Villains Park in Hong Kong coincides with both a solar eclipse and Eli Whitman’s thirteenth birthday—a few “ordinary” kids are thrust into a battle to save Epcot and find their friend who has mysteriously disappeared. With their friend missing and their parents acting strangely, the Kingdom Kids discover they are in possession of unusual powers as they forge a bond to rescue their friend and uncover the truth about how real magic has entered their lives.

Pearson tells Nerdist, “ Epcot’s World Showcase has maintained a grip on me since Disney first allowed me to visit for research at 4:30 a.m. In my mind, Disney’s international parks had to connect (somehow!) to World Showcase. It only made sense. Then the Imagineers shared with me Walt Disney’s original vision for Epcot: a futuristic city of sixty thousand where people from every walk of life would imagine, work and play. With my readers emailing me questions of the what the future held for the Kingdom Keepers, I began combining my curiosity with my research. The result is book one of Kingdom Keepers: Inheritance. New readers, along with those who are familiar with the earlier series, will be taken around the globe as well as backstage in the Disney Parks right here at home. The adventure is just getting started!”

The author notes he’s never left the Kingdom Keepers. He says, “Like Jess, I dream of the Kingdom Keepers nearly every night. I know them as friends. I’ve watched them grow up as my fingers work a keyboard. I have written some piece of the Kingdom Keepers for over a decade now, non-stop. I have not taken a break from the series. If I’m not writing the next book, I’m in a park asking questions, working on outlines, writing character notes. They can’t leave me, so I won’t leave them. In all likelihood the Inheritance trilogy will conclude the series. But who knows? By then, a new and interesting take on the story may bite me and refuse to let go.”

Kingdom Keepers: Inheritance arrives on Audible, Kindle, and wherever books are sold on March 8, 2022.