If you’re anything like me, you have a constant Disney Parks itch that you can’t scratch often enough. I’m always hungry to visit the parks, but when I can’t make it in person, I’m reading the latest news or diving into some kind of history or art book. And soon, Behind the Attraction will give me a peek behind the scenes of beloved Disney attractions. Coming to Disney+ on July 21, the 10 episode series looks like it will go deep into Walt Disney Imagineering to discuss a bevy of rides. The trailer teases secrets, y’all.

We know it’s a different series than The Imagineering Story, but it’s so nice to get another non-fiction show about Disney Parks. The Imagineering Story proved to be a treat, going behind the curtains so to speak. Behind the Attraction looks like will offer more looks into Imagineering and the group’s innovation and creativity. The trailer includes the likes of Scott Trowbridge (a.k.a. the person who oversaw Star Wars: Galaxy’s Edge) and Joe Rohde—just a couple of Imagineering’s rock stars. 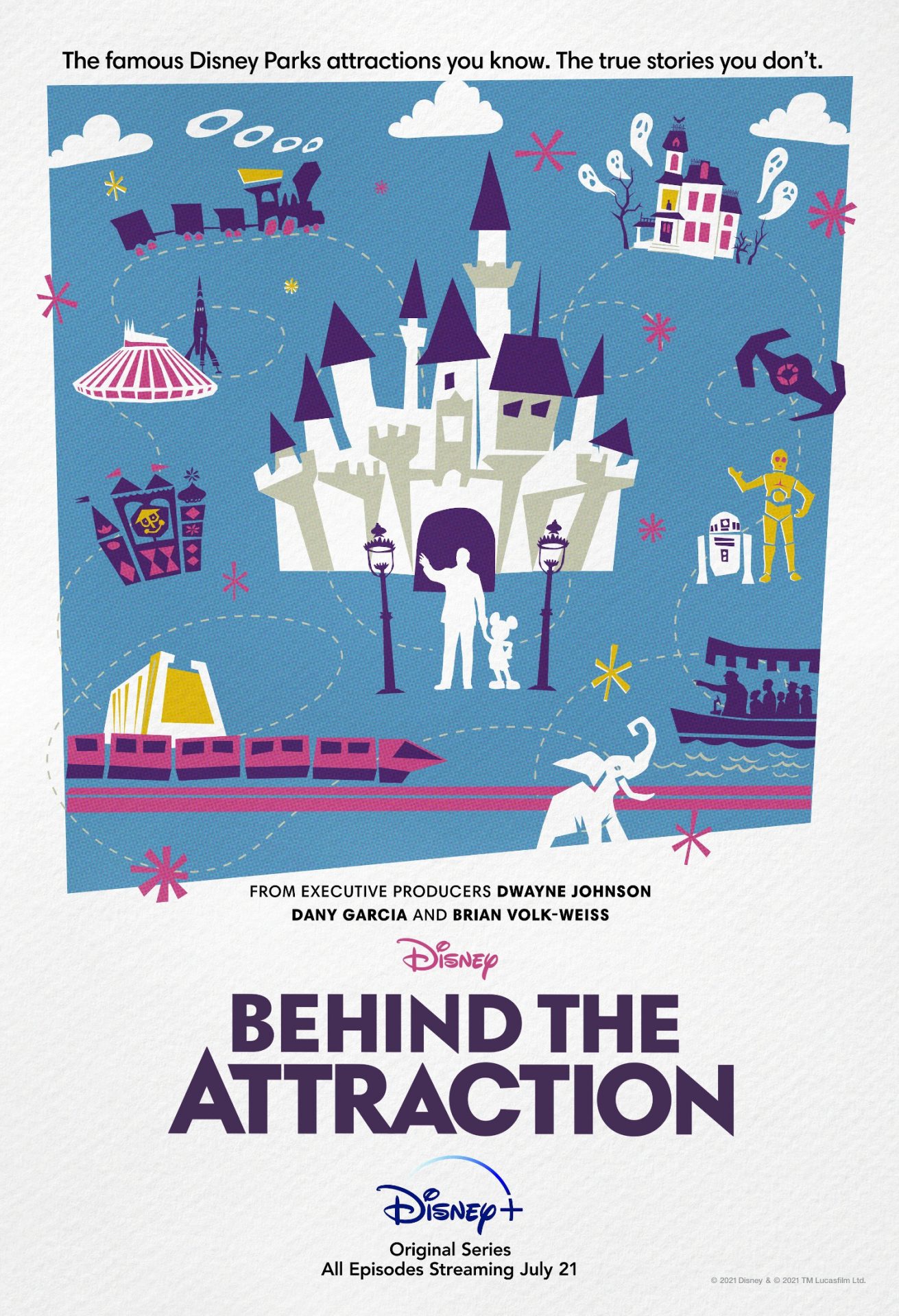 Dwayne Johnson, Dany Garcia, and Brian Volk-Weiss are executive producing Behind the Attraction. The first five episodes drop on July 21, and they are coming out of the gate strong. Popular rides take the center stage immediately. Including:

Jungle Cruise: Join a skipper for the story behind Jungle Cruise, and try to spot the backside of water! When Walt decided to create the original immersive attraction, he tasked Imagineers with building a river AND the mechanical animals to populate it.

Haunted Mansion: Welcome, foolish mortals, to the Haunted Mansion—enter if you dare! When Walt Disney developed the attraction, he didn’t specify if it should be funny or scary, and so it became a perfect blend of both.

The Twilight Zone Tower of Terror: Discover the ups (and downs!) of creating this gravity-defying attraction set in the eerie world of Rod Serling’s renowned The Twilight Zone television series. Then hold on tight as Imagineers reimagine the Disney California Adventure Park version as Guardians of the Galaxy – Mission: BREAKOUT!

Space Mountain: You’re about to hear the story of Space Mountain in T-minus 5, 4, 3, 2, 1… launch! Walt’s vision of an attraction that simulates space travel was a design challenge Imagineer John Hench tackled head-on, creating a signature structure in Disney Parks around the world.

We cannot wait to put this into our eyeballs and add to our knowledge of Disney Parks’ history.