If the Popeye’s Chicken Sandwich were a person, it would have already been declared Emperor of America. It’s one of the most popular fast food items ever sold, and a genuine craze. Everyone really loves it. Everyone, that is, except for Popeye’s chief rival, KFC. There are only so many fried chicken dollars to go around, and the Colonel’s army has no plans of going down without a fight. They’re pulling out the big guns in response—sweet, delicious guns to be exact. KFC is bringing its Kentucky Fried Chicken & Donuts combo to stores nationwide for a limited time. And just looking at them will increase your waistline.

KFC, which recently got into the Crocs market, has announced that after a special trial run in 2019 proved to be a massive hit, it will begin selling its Kentucky Fried Chicken & Donuts option at stores around the country. Starting next week, Monday February 24, the insane-sounding option will be available at participating locations for a limited time. Customers will be able to order fried chicken with “a warm, fresh-glazed donut.” And they do mean fresh. 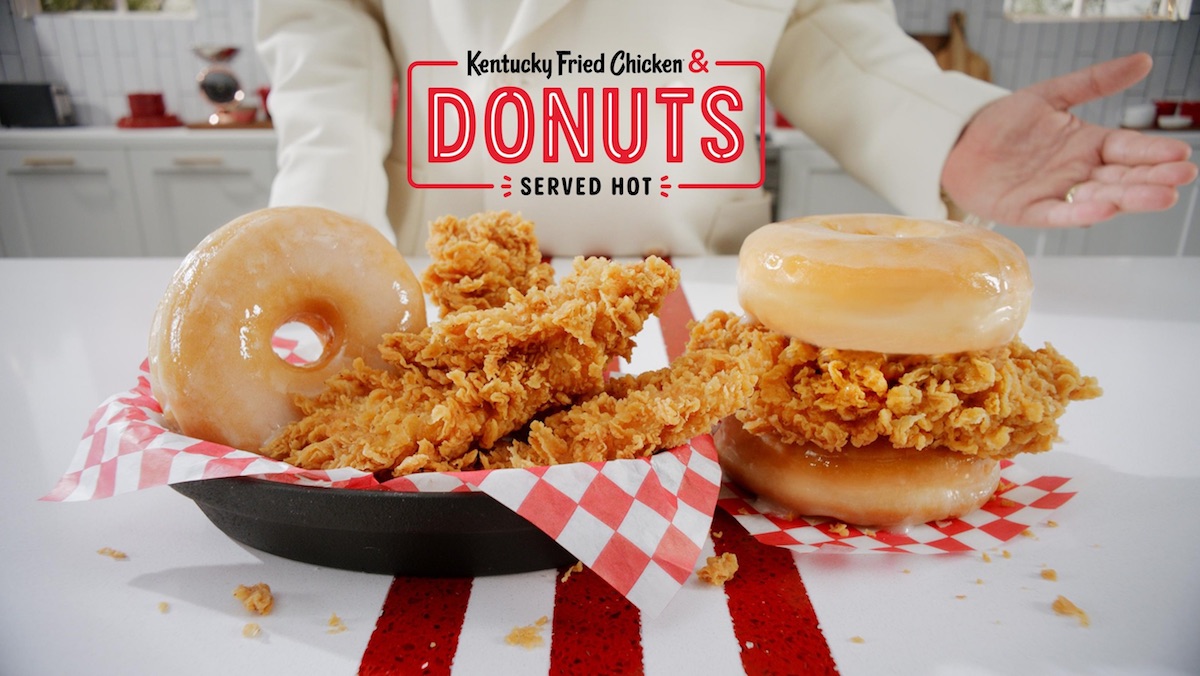 Andrea Zahumensky, KFC’s chief marketing officer, said in a statement, “Not just any donut would do. Only a donut that’s glazed-to-order and served piping hot every single time can stand next to our hand-breaded fried chicken. It’s a finger lickin’ good dish filled with glaze and glory.”

The donut alone sounds amazing. Also, the person who came up with the phrase “glaze and glory” deserves a promotion.

Customers will also be able to “add a donut to any meal for an additional cost.” Unfortunately the promotion will only run until March 16, “or while supplies last.” 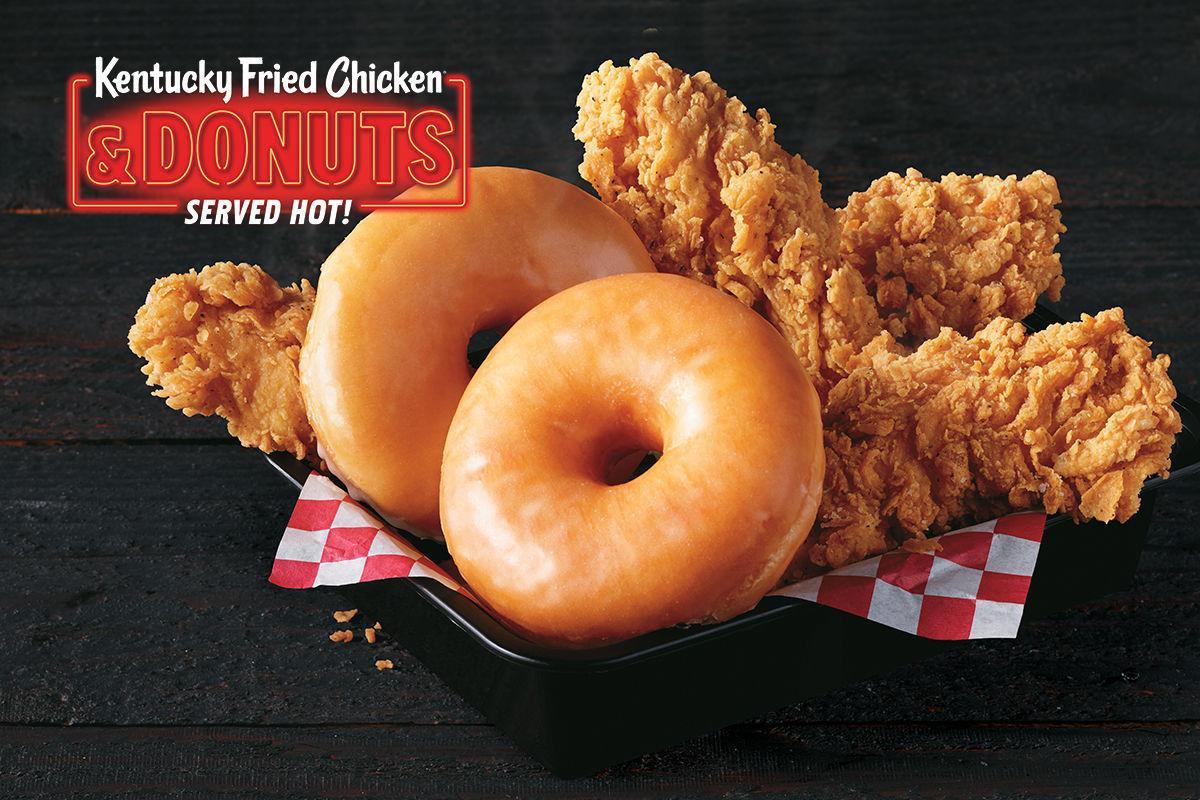 Popeye’s workers were totally fried selling a regular fried chicken sandwich. KFC employees might want to wear comfortable shoes for the next couple of weeks, because fried chicken and donuts is what we neeeed. Especially because we’re definitely turning them into a sandwich.

You can get a head start on everyone else though if you’re lucky enough to live near Los Angeles. This Saturday, February 22, KFC will open “The Colonel’s (Chicken &) Donuts Shop” pop up at 615 North La Brea Avenue, Los Angeles from 10 a.m. to 3 p.m. It will only serve Chicken & Donuts, but the first people in attendance will also walk away with a special reward.

“As a special treat, the first 50 customers in line at the shop will receive a free Colonel’s Dozen, a mouthwatering mix of six KFC Extra Crisp chicken tenders, and six glazed-to-order donuts.”

You can RSVP for the pop up now, but walk-ups will also be welcome. (We’ll bet you’ll do more “standing in a line” than “walking up” though.) But that will be a great time to do some jumping jacks to make up for what you’re about to eat. The fried chicken wars might be taking a sweet turn, but it looks like another hard battle for our waistlines.