If there’s one thing we really can’t wait to see it’s Mary Elizabeth Winstead going full John Wick against the Yakuza in the upcoming Netflix movie Kate. It’s a neon-lit trek into the Tokyo underworld from the producers of Atomic Blonde and it just looks so awesome. Naturally for a movie with this much style and attitude, a poster would have to work hard to live up to it. Well leave it to artist Utomaru to absolutely slay it. Below you’ll find Utomaru’s Mondo exclusive print, going on sale today at 9am PT. 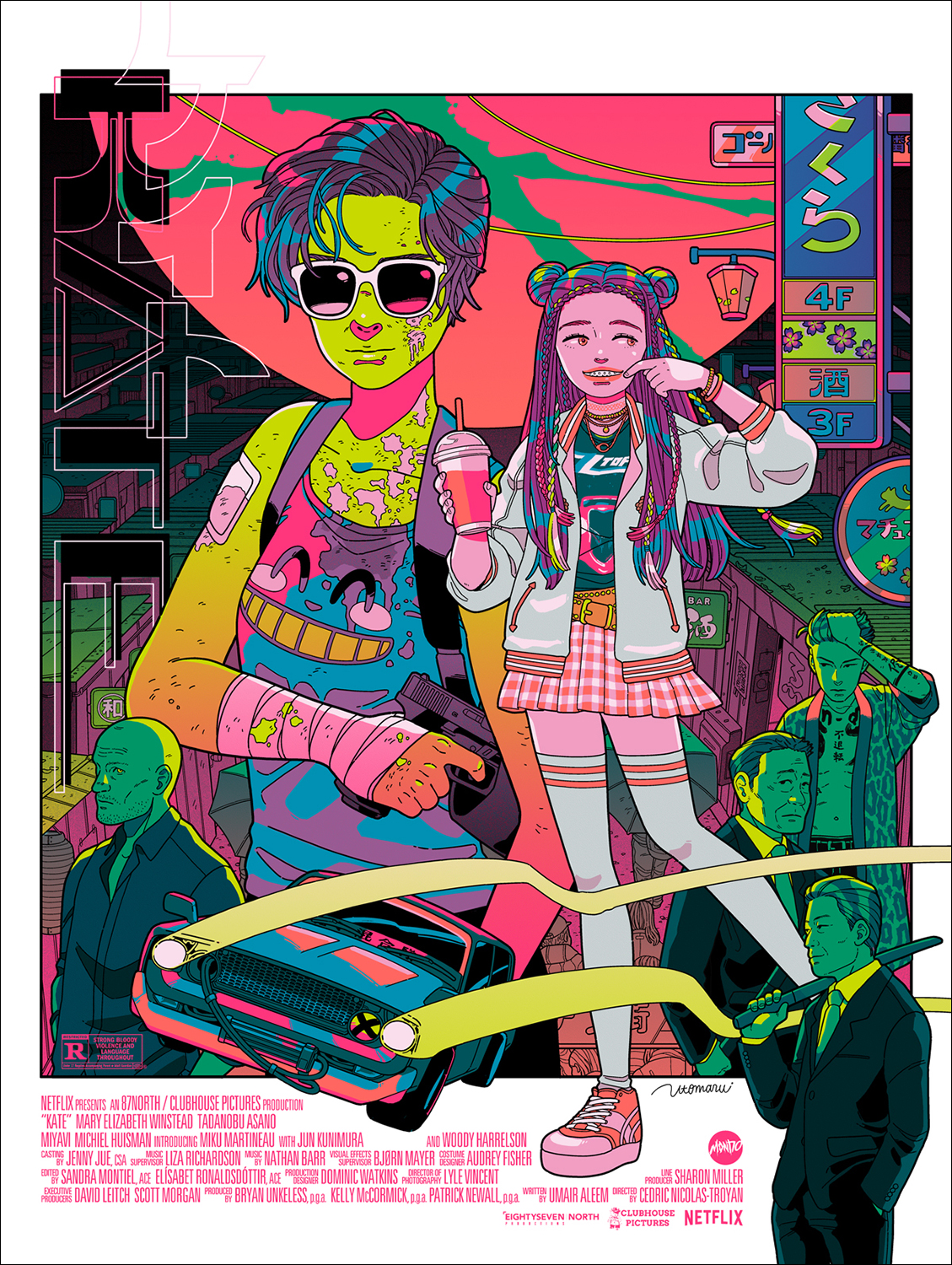 Utomaru’s work is some of the best and most distinctive you can find. The Kate poster highlights the artist’s penchant for mixing neon colors and geometric asymmetry. The poster features Kate, bloodied and bruised, wearing sunglasses and brandishing a very large weapon. Next to her is Ani (Miku Martineau in the movie), the hip as hell teenager who befriends Kate on her violent mission. We get a somber looking Woody Harrelson in the bottom left corner, and all kinds of gangsters and a car. Just so cool.

It’s great how much the trailer feels like a comic book version of the movie. Here’s the trailer for comparison.

The movie, which dropped on Netflix today, follows an assassin who finds out she only has 24 hours to live. In order to save herself, or get revenge (and probably both) she goes on a wild manhunt through the streets of Tokyo. In a car that has lights on the inside. So cool. The movie is the second feature from director Cedric Nicolas-Troyan, who previously worked as a visual effects supervisor on movies like Snow White and the Huntsman and Maleficent.

You can get the amazing poster for Kate from Mondo beginning at 9am Pacific today, September 10. Don’t wait; you don’t want to be too late like a poisoned hitwoman.