The data collectors who help decide which TV shows to air, cancel, and reboot have come to one resounding conclusion. People really miss seeing Timothy Olyphant in a cowboy hat. Such was no doubt the primary reason that Deadwood finally got its follow-up movie in 2019; and this must likewise substantiate the new decision to, via Variety, revive the world of Raylan Givens.

As fans know, Graham Yost’s Justified TV series derived from a collection of stories by Western writer Elmore Leonard. Variety reports that Yost now plans to adapt a yet untapped Leonard novel, City Primeval: High Noon in Detroit. Interestingly, the 1980 novel does not feature Olyphant’s Justified character Raylan Givens; however, the Variety report cites rumors that Olyphant could return to the role for this new project. 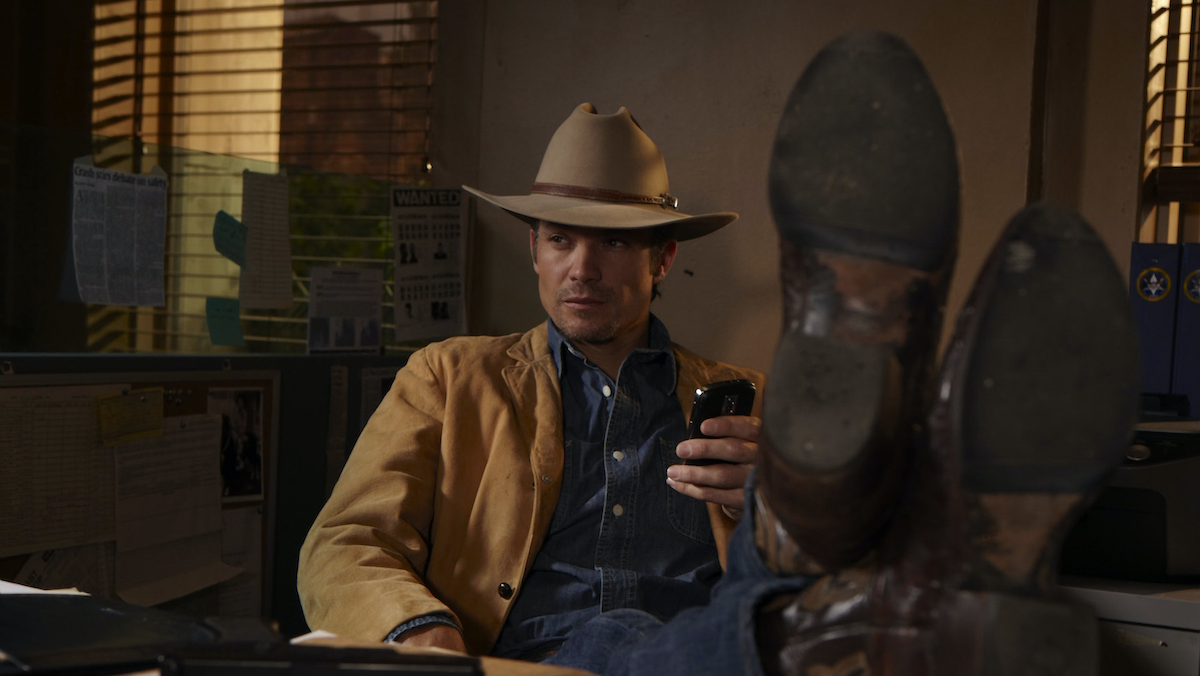 Justified, based principally on Leonard’s “Fire in the Hole” story, took place predominantly in Givens’ homeland of Appalachian Kentucky. City Primeval, on the other hand, sets its story in Detroit. If we do see Givens transposed into this new tale, whether in a major role or a minor one, it’ll be interesting to see the character against such a different backdrop. (Granted, we’ve already seen Raylan Givens reappear in the After Life, so we know he has the range to handle at least every major American city.)

Though Olyphant is a question mark at present, Yost will have the company of some Justified contemporaries. Michael Dinner, who has also worked with Yost on Sneaky Pete, will direct, co-write, and co-produce the new project; Dave Andron, who wrote and produced a bunch of Justified episodes, is on board as well. Like Justified, the new project would air on FX.

City Primeval follows the story of a notorious murderer who repeatedly slips through the cracks of the legal system thanks to some fancy footwork in the courtroom; hot on his tail is a Detroit policeman who becomes increasingly desperate to catch the killer.