To tackle misconceptions over the cleanliness and safety of public restrooms in Japan, a non-profit has built a handful of futuristic commode installations. One of the installation types is a particularly intriguing restroom that utilizes privacy glass: A feature that probably makes for some inspiring, and nerve-wracking, “excuse me” excursions.

Switchable glass public bathrooms in Tokyo by the Nippon Foundation, via @kydeanderic. pic.twitter.com/gNAx96zbtt

The non-profit responsible for commissioning the brilliant public restrooms is The Nippon Foundation. In a press release, which comes via CEO Magazine, the Foundation discusses why it decided to build these toilet-containing works of art, an effort it refers to as The Tokyo Toilet project.

“[T]he use of public toilets in Japan is limited because of stereotypes that they are dark, dirty, smelly, and scary,” the Foundation’s release notes. In response, the Foundation has decided to renovate 17 public toilets located in Shibuya, Tokyo. The Foundation says the restrooms are being designed by 16 “leading creators,” and “will use advanced design to make them accessible for everyone regardless of gender, age, or disability, to demonstrate the possibilities of an inclusive society.” 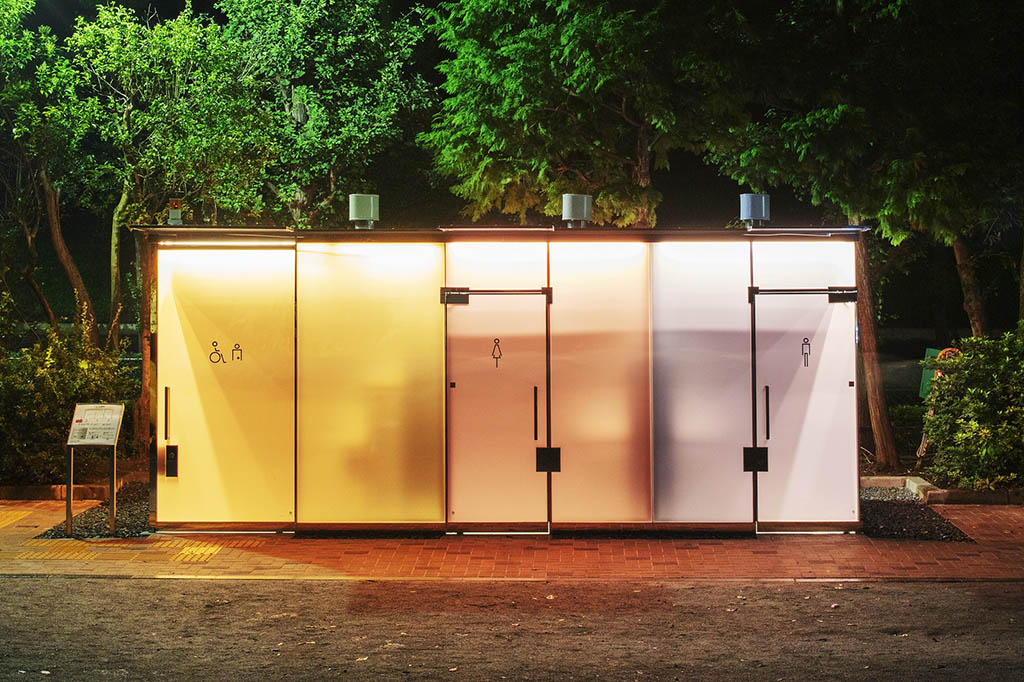 In regards to the privacy glass-equipped restrooms shown here, they are the work of Shigeru Ban. Ban is a Japanese architect, known for his work with paper, especially cardboard tubes. (Somewhat incidentally, his firm’s work is beyond stunning.)

The privacy glass presumably works like any other privacy glass. Meaning the glass contains liquid crystal molecules that line up in such a way that when an electric current flows through them, they allow light through. But when the current is turned off, the liquid crystals return to their scattered positions rendering the glass opaque. For Ban’s installation, the current turns off when the bathroom door is locked.

Ultimately, Ban’s bathrooms aim to be consistently clean inside, and thief-free. Apparently there is concern amongst citizens they may be attacked if they use public restrooms, and the transparent glass allows them to see inside and make sure the space is empty.

Some of the restrooms, built in cooperation with the Shibuya City government, are now open for use. And they even have caretakers for sanitation. Which raises the question: How long until we establish some futuristic public restroom options here in the U.S.? 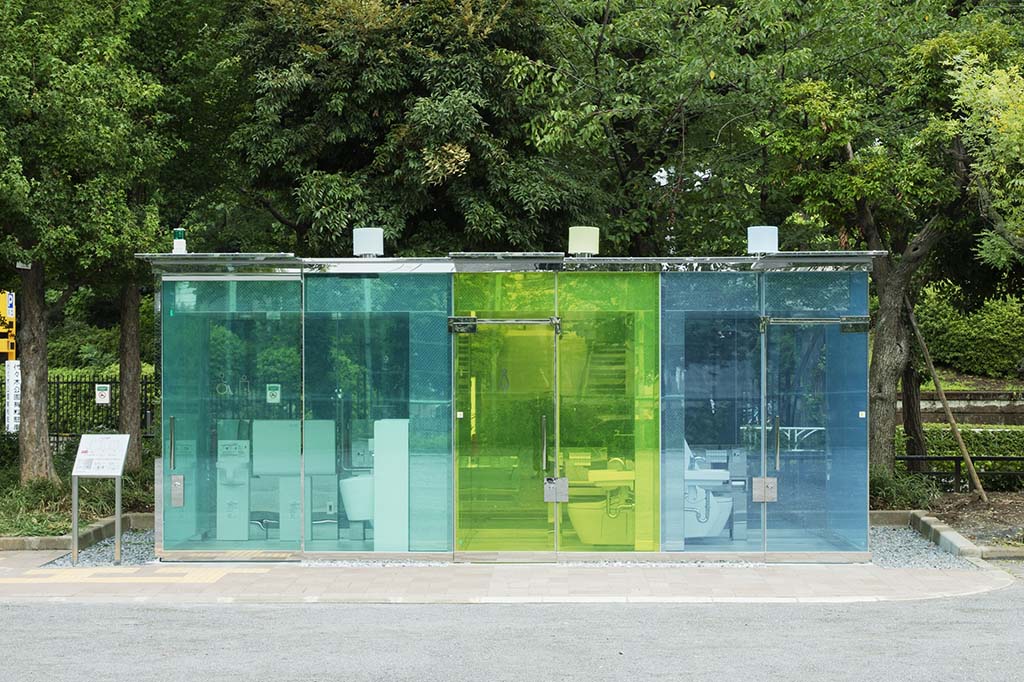 What do you think about The Tokyo Toilet project? Would you use one of these privacy glass public-equipped restrooms? Be transparent with your thoughts in the comments!