It’s nearly impossible to say how inventions will impact society, which is why few people predicted the rise of the ubiquitous technological triumvirate that is smartphones, wireless internet, and toilets. This combination, and its alluring mix of relief and entertainment, is nowhere more pronounced than in the workplace, where it sucks away employees’ time like so much TP down a high-flow bowl. But now, a new, sloping toilet has been invented to make sitting on the commode far less comforting, and its main aim is to reclaim lost productivity—albeit at the possible expense of already dwindling worker dignity.

BREAKING NEWS: Say goodbye to comfort breaks! New downward-tilting toilets are designed to become unbearable to sit on after five minutes. They say the main benefit is to employees in improved employee productivity. pic.twitter.com/lfDbeXJdCX

In a recent Wired article (via BBC News), Mahabir Gill, the founder of the England-based company, StandardToilet, said that his company has created a toilet with a seat that slopes at a 13-degree angle, making it just uncomfortable enough to encourage sitters to vacate after about five minutes of use. Gill told Wired that there are many reasons a time-limiting toilet could be beneficial for people, but ultimately made no bones about it: The reason he and his team made this toilet is to cut down on the amount of time employees spend in the bathroom, and therefore improve a given company’s bottom line. (Insert “bottom line” pun here for all of you who can’t resist the urge.)

The sloping toilet works exactly as one would expect it to, essentially forcing its occupant into a mild crouch position, which puts a low-level strain on a series of their muscles, including those in their thighs, hips, and calves. As time moves on, the position becomes less and less comfortable, thusly compelling a user to finish their business and stand. Gill told Wired that the mildly uncomfortable position encourages workers “to get off the seat quickly,” although he also said that it’s not steep enough “to cause health issues.” He did note, however, that any seat sloped more than 13 degrees “would cause wider problems.” 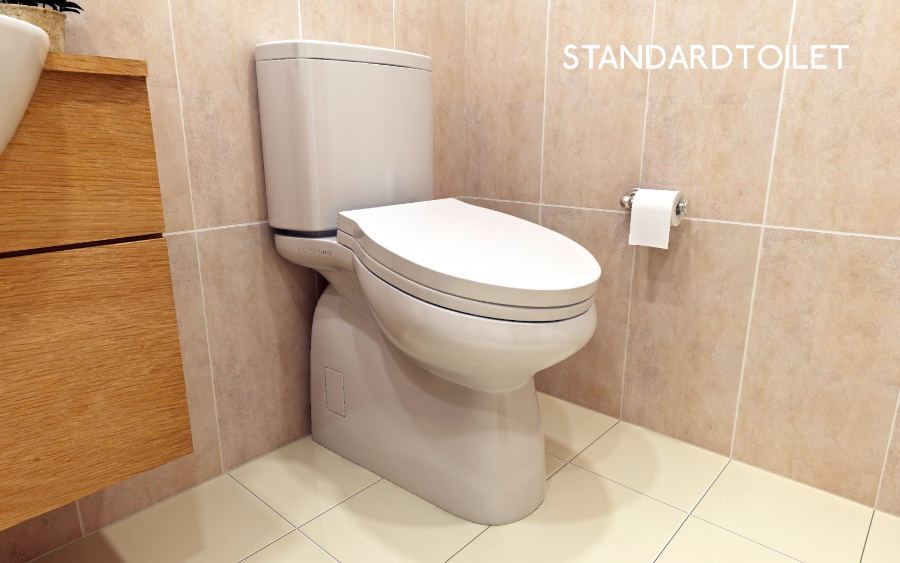 StandardToilet even claims that its sloping toilet generally improves the health and wellbeing of its users. The company’s site notes that the sloped design results in “Increased comfort through promoting the engagement of upper leg muscles, including Rectus Femorus, Vestus Lateralis, Vastus Medialus, and lower leg muscles, namely Gastrocnemius & Soleus,” and also “helps in reduction of musculoskeletan disorder.” No scientific evidence for these claims is made immediately available on the site, although a quick Google search turns up this Queensland Government article on “pooping properly,” which illustrates what it says is the ideal way to sit on a toilet. And no, it does not involve the kind of crouch induced by a sloped toilet.

The immediate future looks bright for StandardToilet though, as its sloped toilet has been approved by the British Toilet Association (BTA), and now retails with a price tag that ranges between roughly $200 and $650 (£150 and £500). As for how the sloped toilet will be received by employees, signs point to “poorly.” 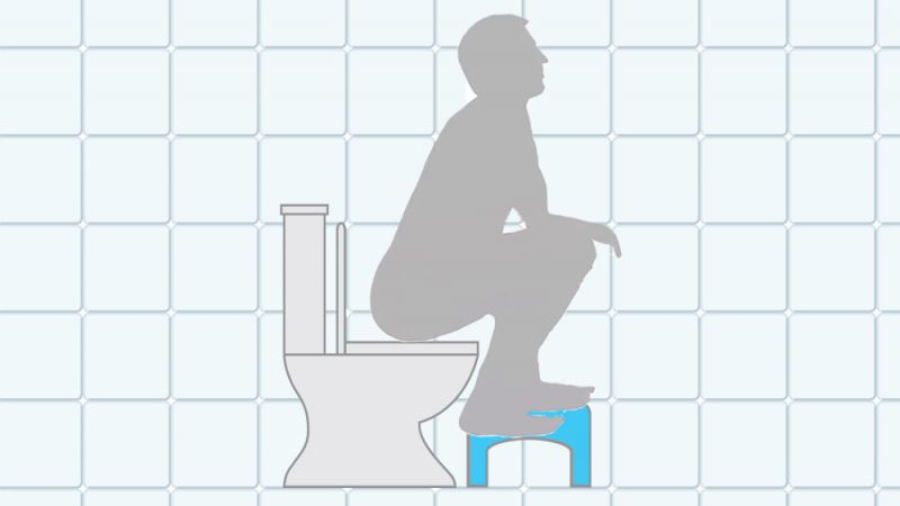 The best position for pooping properly according to Queensland Health. Queensland Government

Jennifer Kaufmann-Buhler, an assistant professor of design history at Purdue University in Indiana, gave what seems like a more humanitarian argument in her comment on the sloped toilet in the same Wired article, when she noted that “In an office, the one space you have where you can find privacy is often the toilet… So, god forbid that we want to make the one place where workers should have at least some autonomy—the toilet—another place where people impose the very capitalist idea that people should always be working.”

What do you think about this sloped toilet bowl? Do you think it would actually improve employees’ health and companies’ financial wellbeing, or does this design stink of dystopia? Remember to wash your hands after leaving your thoughts in the comments!