Move over, Roomba, there’s a new housekeeping droid in town. Well, technically there’s only one, and it was built by a creative Star Wars fan, but still–we want it. In 2018, filmmaker and journalist Matthew Scott Hunter made the droid he’s always been looking for: a robot vacuum that will make his floors as shiny as the ones on the Death Star. 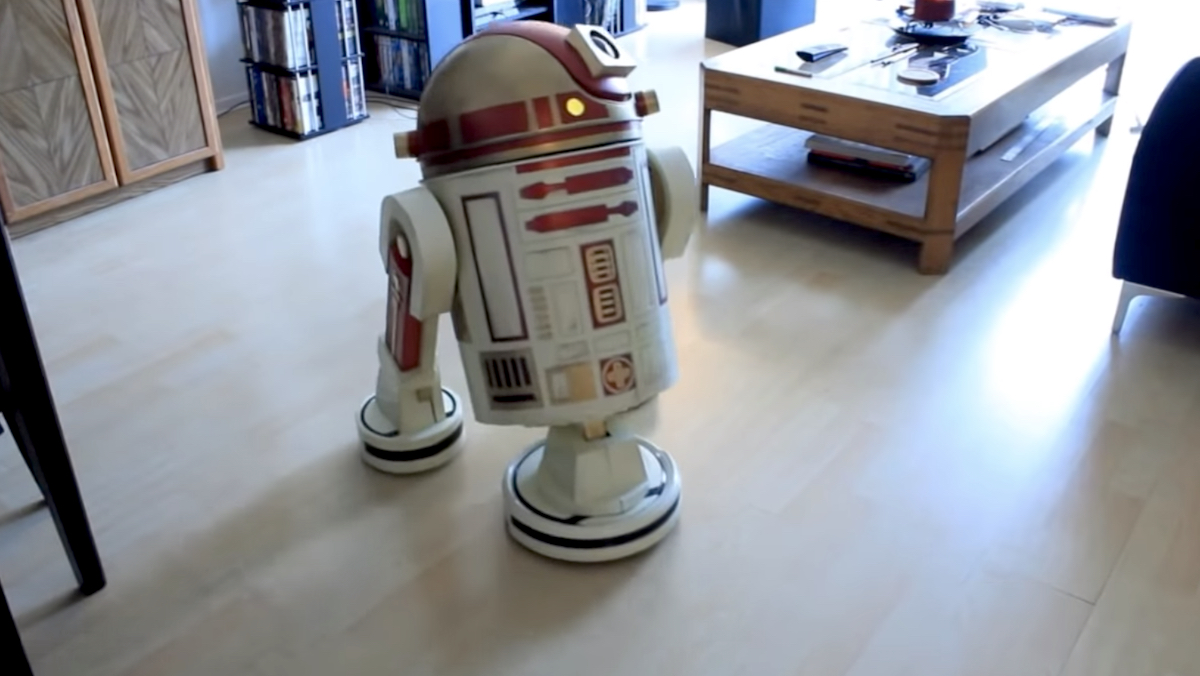 The inventive combination of astromech and Roomba looks like it could clean up an astro-mess. (We’ll be here all week.) Take a look at the video below to meet R9-D9, a one-of-a-kind droid found only in our galaxy.

R9 sweeps, mops, beeps, moves around on his own; Hunter controls him with a remote when the droid needs to stop before making a mess itself. The droid got its start in life as a trash can, fittingly enough, and started to come to life with just wood and poster board. Hunter also used upcycled bottle caps and other household items to complete the build, including speakers, an oscillating desk fan to turn its head, and internal Bluetooth speakers for all those beeps and whirrs.

The droid’s chassis weighs 14 pounds, which isn’t too much weight for the intrepid Roomba to tow. While the droid’s size and shape do limit the automated vacuum’s typical reach, it’s more than worth it, Hunter says in the video.

Hunter describes his channel as “a resting place for half-baked projects,” but we think this droid is sheer brilliance. It’s also an inspirational example of never knowing when and how inspiration may strike. Never underestimate a droid, even ones made out of a trash can.

Thanks to Gizmodo for the tip!