What can’t James McAvoy do? He successfully took on X-Men‘s Professor X, excelling even in the shadow of Sir Patrick Stewart. He crushed the role of Bill Denbrough in IT Chapter Two. And now he’s voicing Morpheus in Audible’s The Sandman audiobook adaptation. But none of this holds a candle to his true power, which he revealed on The Untitled Josh Horowitz Show. What is this power, you ask? James McAvoy has the uncanny ability to identify any of his fellow Hollywood Scotsman from a singular body part. Eyebrow, abs, hairline, chest…chest hair. You show it. McAvoy can name that Scotsman.

Here’s the magic at work:

Frankly, McAvoy was just showing off. Horowitz only asked him to identify whether the image was of him. But McAvoy was able to not only identify whether he was pictured but also to say exactly who was pictured. It could be true that the options of Scotsmen in Hollywood are more limited than they ought to be. But we like to think he’s really just come into possession of his true mutant ability. His punning powers were definitely on full display too. Ew-B-wan McGregor, anyone? 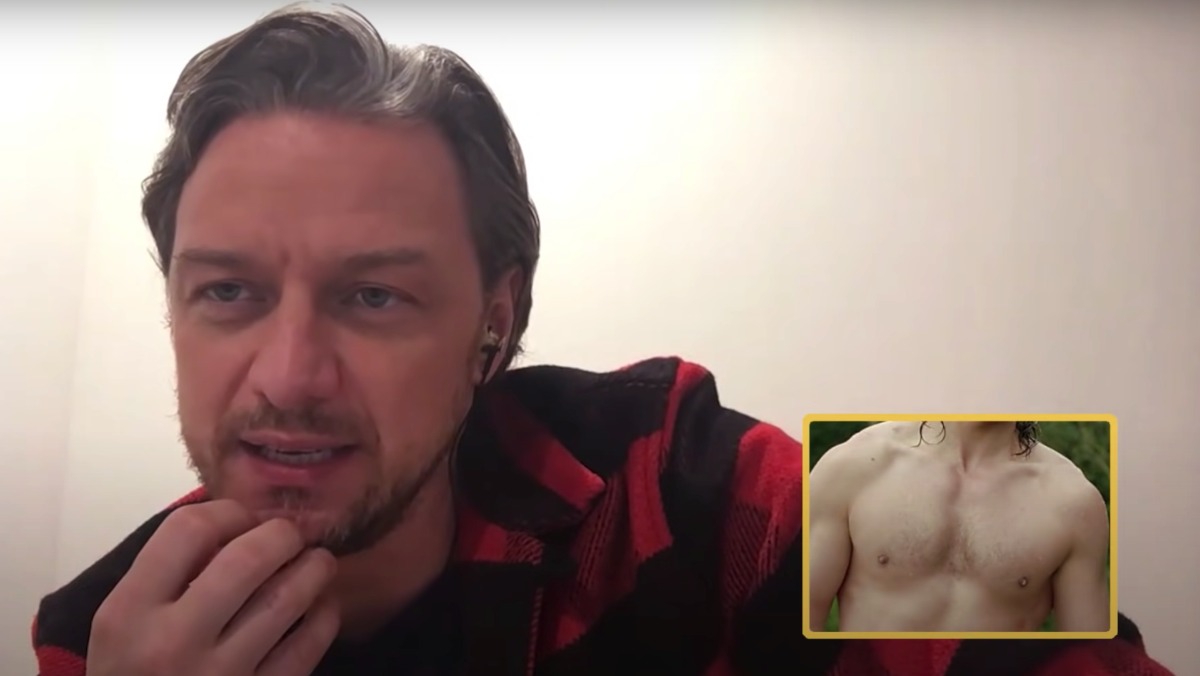 After his stunning display, McAvoy went on to nerd out with Horowitz. It turns out he likes practically every geeky property ever. He even name-dropped Transformers without being asked. Michael Keaton and George Clooney are his Batmen of choice for the curious. While almost no franchises were McAvoided, some did receive the McAvoy side-eye, which may be the worst fate. We’ll let you determine which ones.

McAvoy also answered some would you rather questions. Here he revealed to the world that he thinks a lot about kinky people. But also about taking care of humanity. A good combo. We even got to glimpse his deep love of Michael Fassbender.

Whatever his other powers, one thing is for sure. James McAvoy can make anything charming.