Who is your Batman? There’s only one answer for some: Michael Keaton in his iconic rubber Batsuit from the 1989 version of the film. That’s definitely how Stephen Colbert feels. The late-night show host had Keaton on The Late Show with Stephen Colbert and admitted that the actor’s version is the one near and dear to his heart. But that didn’t stop him from lightly roasting Keaton about his turn as the Dark Knight.

“Did they have to let it out?” Colbert asked as the conversation turned to Keaton’s upcoming reprisal of Batman in The Flash. To this, Keaton responded with a resounding, “No!” And a majestically affronted face. He definitely created our next reaction gif, all that stand-up training shows through here. 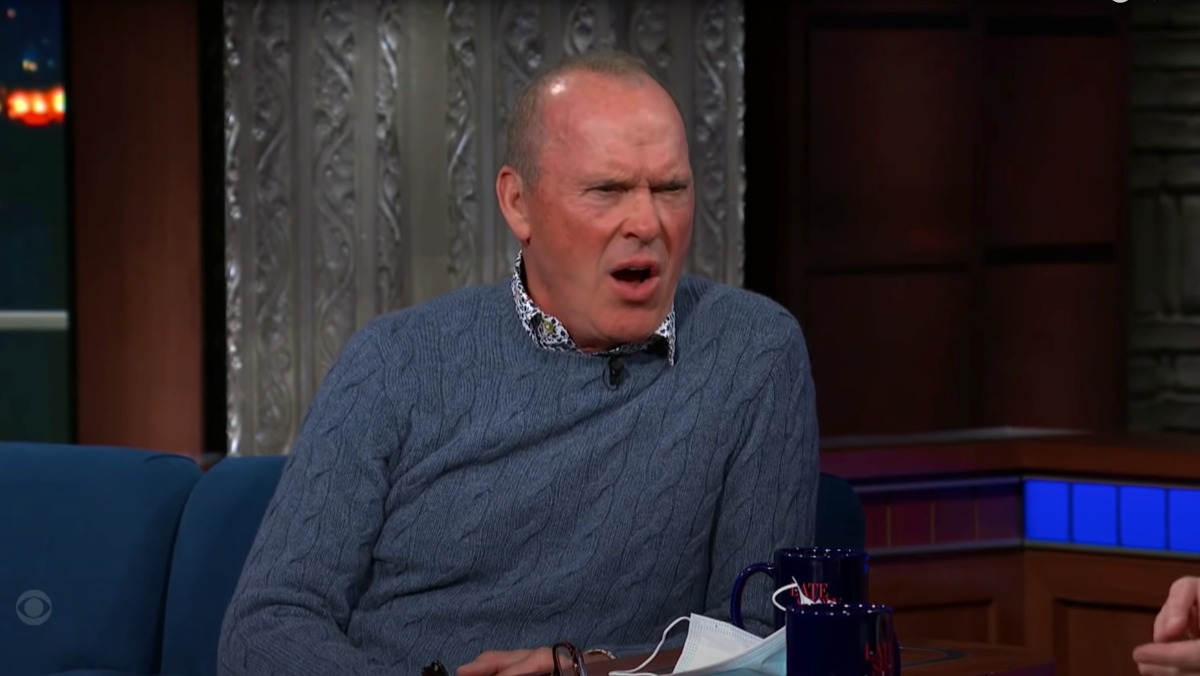 The Late Show with Stephen Colbert

“Come on, it’s 30 years ago, really?” Colbert defends. But, come on, Batman can do anything! “Svelte as ever,” Keaton says affirmatively. Obviously, he won’t wear the same suit from 1989 in The Flash. But the dimensions, he confirms, have not changed with time. Batman might be just a human, but you can never count him out. And hey, rubber is stretchy, right?

Colbert and Keaton also discuss the idea of a Bat Club. A club that gathers all “the like 77 Batman” in existence. But Keaton says they’d have to unionize and get the ground rules in place before any formal meeting can take place. We’d sure like to be a fly on that wall when they do. As long as the bats aren’t hungry. What do you call multiple iterations of Batman in the same room? Is it Batmen? Regardless of semantics, somewhere out there, Gotham’s villains just got a cold chill up their spine.

But honestly, we think it’s an excellent pitch for a movie, The Batmen. Bring Keaton, Clooney, Arnett, Affleck, Pattinson, and more into a room together, and let’s see what happens. Of course, Michael Keaton’s Batsuit can come along.