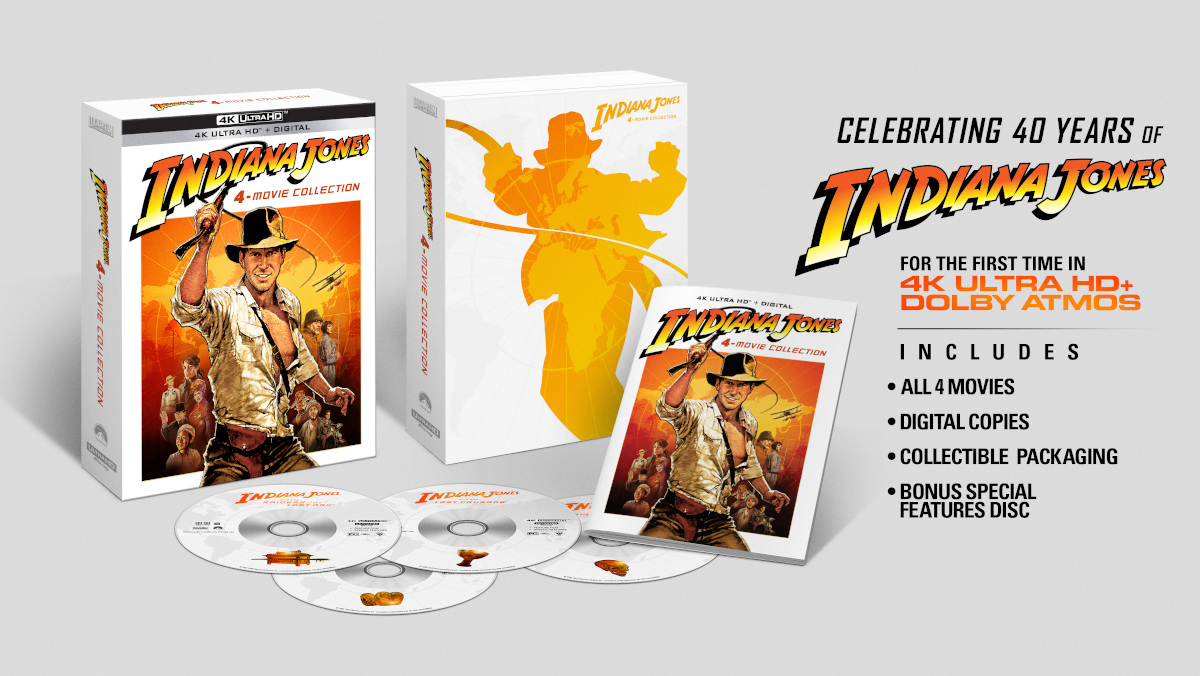 The movies, which are 4K Ultra HD with Dolby Vision and HDR-10 with Dolby Atmos audio, have been remastered from 4k scans of the original negatives. Paramount states they had “extensive visual effects work done to ensure the most pristine and highest quality image.” They noted Indiana Jones film director Steven Spielberg approved all the picture work.

They boosted the audio too. Sound designer Ben Burtt supervised remixing all four movies at Skywalker Sound to create the Dolby Atmos soundtracks. They used original sound elements to stay true to each movie’s creative intent. 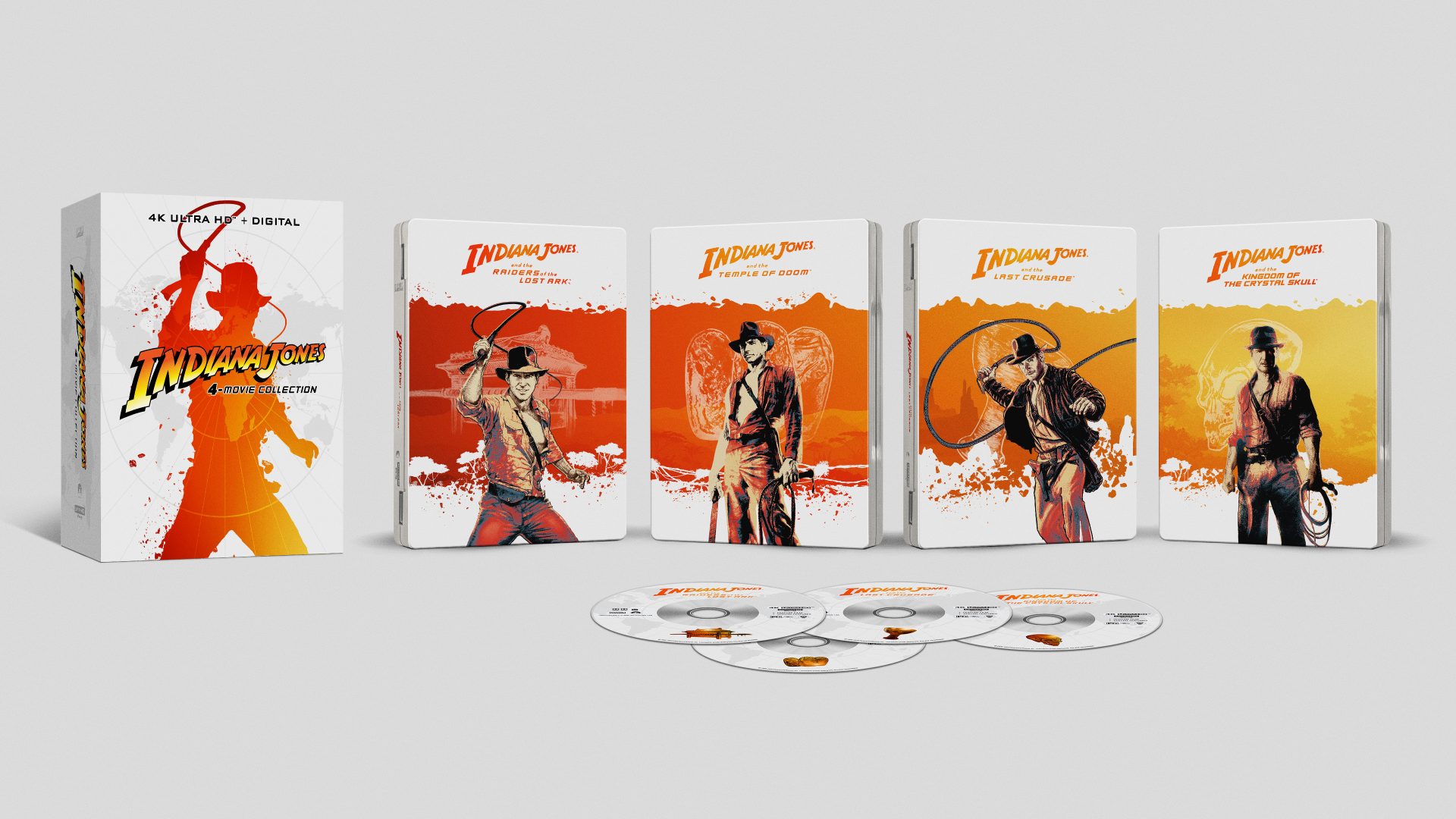 In addition to the discs, the Indiana Jones 4-Movie Collection includes a collectible booklet, original theatrical trailers, digital copies, and a Blu-ray with seven hours of previously released bonus content.

While we would have liked some new bonus content, we’ll settle for sharpened images and sound. We guess. The Indiana Jones 4-Movie Collection arrives on June 8.