Few films in cinema history have as many instantly iconic sound effects as the Star Wars saga. There are just so many. Sounds like the lightsabers igniting. Or the TIE fighter “whoosh.” The Wookiee growls. Let’s not forget R2-D2’s beeps and boops. And all that’s just the tip of the iceberg when it comes to the sounds of the galaxy far, far away. It’s a long, long list.

The man primarily responsible for crafting and curating these sounds? That’s Lucasfilm sound designer Ben Burtt, who has been working on Star Wars films since 1976. Now, thanks to INDEPTH Sound Design (via Laughing Squid), we’ve learned about a video series in which Burtt breaks down the sound design for each of the films in the original trilogy. The latest video is a 44-minute exploration of the sounds of Return of the Jedi. You can watch the video in full right here:

The video is curated from different commentaries and interviews with Burtt. Many little-known factoids are explained in detail. It wasn’t until this video that we learned that the voice of Princess Leia’s Boushh identity had the same voice actor as E.T. The fact that the Ewoks‘ languages are derived from real languages in remote parts of Asia is fascinating as well. Maybe my favorite tidbit is that the sounds the Rancor beast makes actually derive from a little dachshund. 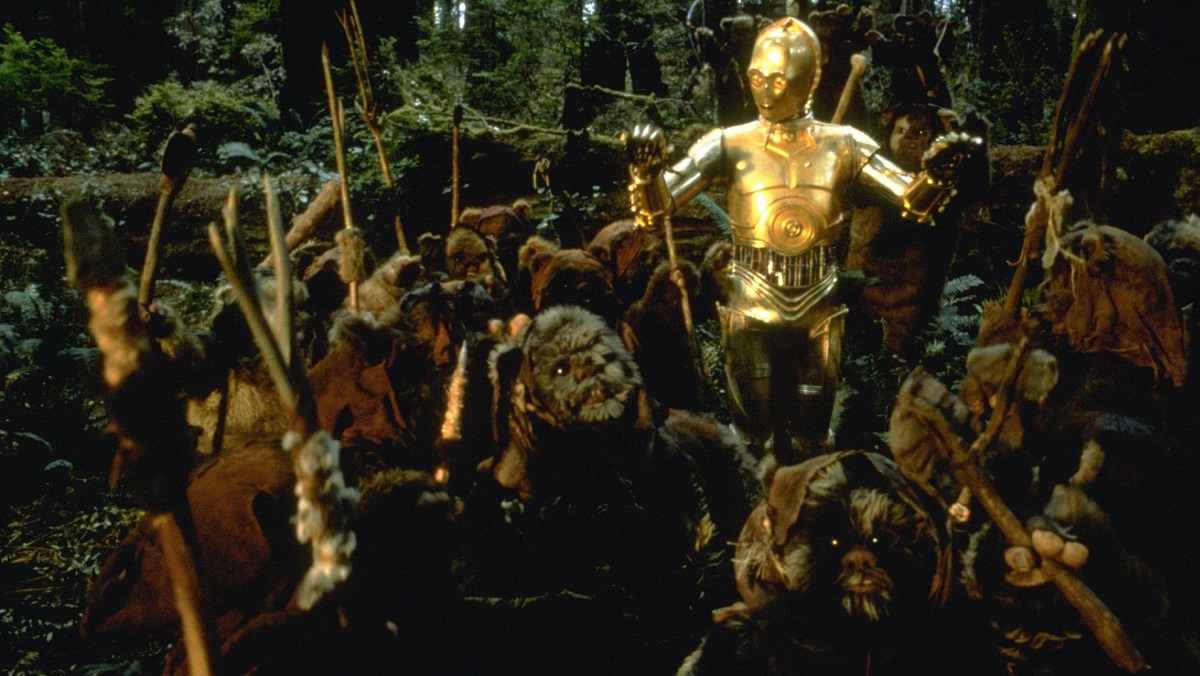 This is the third in the series from INDEPTH Sound Design. Naturally, the first two videos cover the sound effects in A New Hope and The Empire Strikes Back. Each of these is a fascinating deep dive into how the most memorable sounds in film history came to be. We’re not sure yet if this series will continue into the prequels, but we hope this series winds up covering the entire Star Wars saga.