How STAR WARS: CLONE WARS Changed the Franchise for the Better - Nerdist

Back in 2003, Star Wars went through a rough patch. Attack of the Clones premiered the year before to less-than-stellar reviews and ended up underperforming at the box office compared to the previous film. With the next film still a couple of years away, and its plot skipping straight to the end of the Clone Wars, George Lucas turned to animator Genndy Tartakovsky for a micro-series that changed the franchise forever.

Star Wars: Clone Wars—not to be confused with the 2008 3D animated show titled The Clone Wars—took place between the events of Attack of the Clones and Revenge of the Sith. The micro-series aired on Cartoon Network as part of a larger, three-year-long Clone Wars multimedia project that expanded on the titular event. The project also included video games, books, and comics, but right from its opening scene, Clone Wars the cartoon stands out. 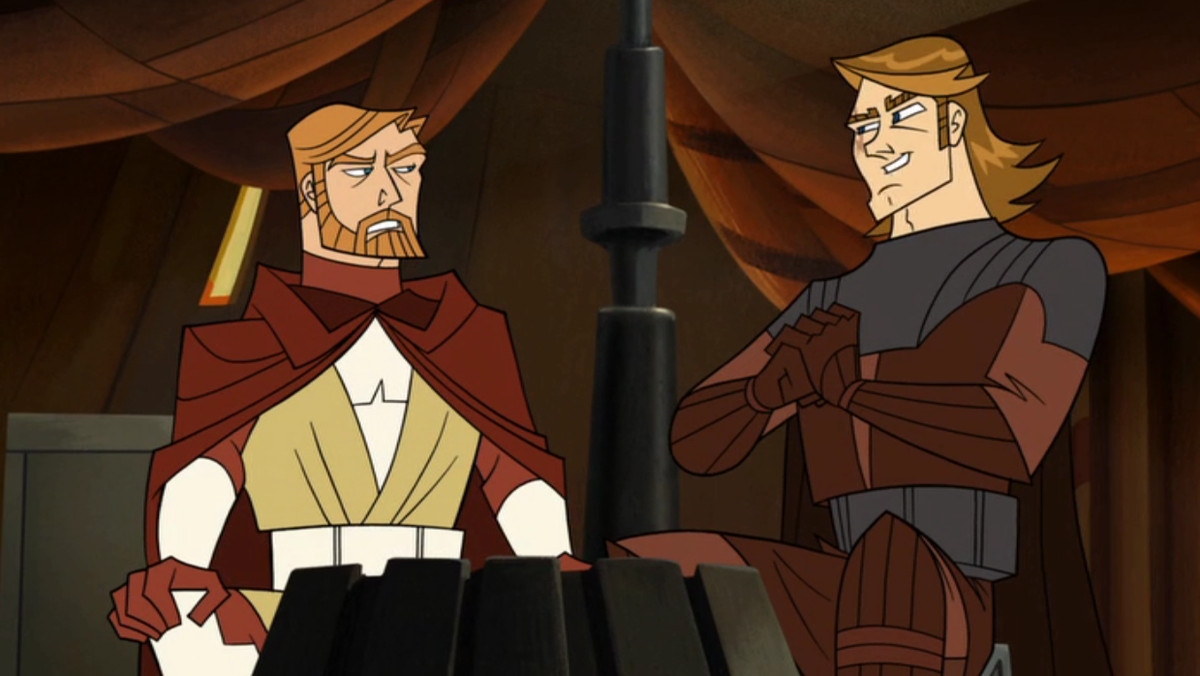 The micro-series, which is now collected into two volumes on Disney+, starts with the silhouette of Master Yoda on a vast field like he’s Toshirô Mifune in an Akira Kurosawa movie, before revealing a huge army of clones and Jedi behind him. A montage showing vastly different planets engulfed in war follows this. It gives the feel of an epic, operatic story of great warriors told across worlds. Yet, as big as the battlefields look, and as many hundreds of thousands of soldiers fill their ranks, Tartakovsky doesn’t forget the personal cost the war has on the characters we know from the previous films. We see this when Anakin shares a distant, silent, yet still heartfelt goodbye with his wife, Padmé before he flies off to another battle.

Ever since his debut on Dexter’s Laboratory, Tartakovsky has proven himself one of the most unique voices in American animation. His work possesses a unique blend of live-action cinematic techniques with the tropes and traditions of American animation. This is clear in the way the fight scenes in Clone Wars play less like action figures being smashed into one another, and more like the kind of action movies that influenced George Lucas’ original trilogy. 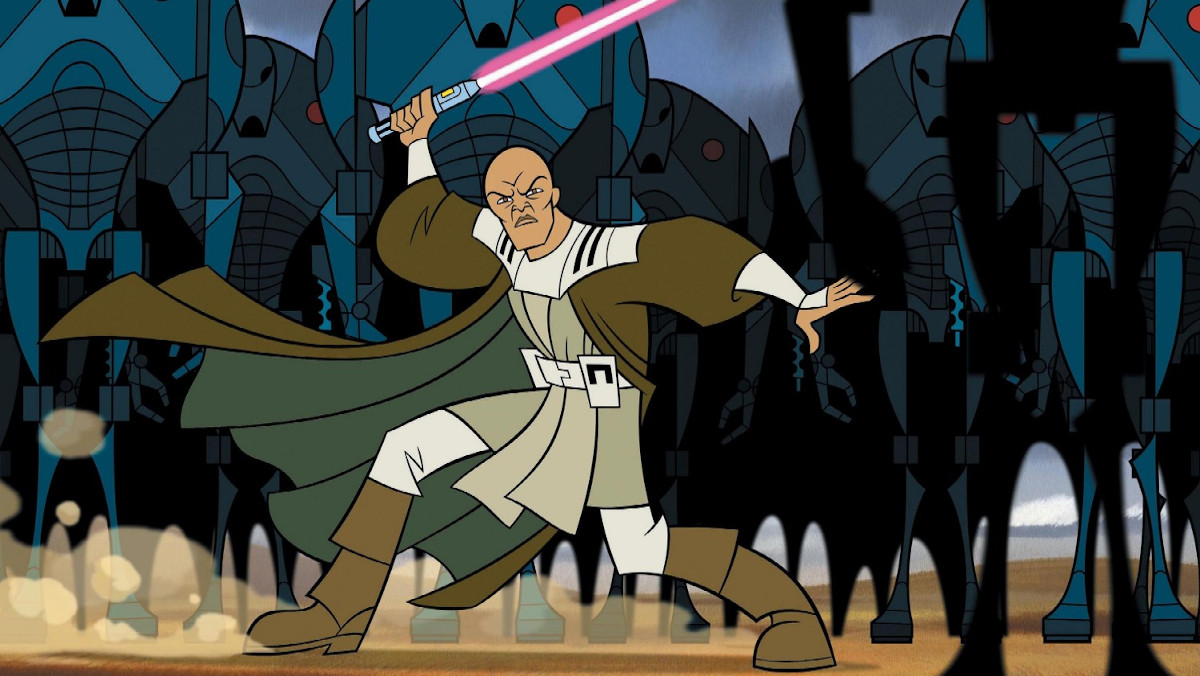 When Mace Windu faces a whole armada of droids singlehandedly, it almost feels like something Edgar Wright would edit because of how rhythmic it feels. The sound of metal crushing under Windu’s punches, the seismic tank’s attacks in decimating the ground beneath it, and even the blaster shots from the droids all create a sort of symphony of sound effects that accompany the movements like it’s a musical sequence, while the lack of dialogue and the long shots of Windu preparing before the next wave of droids feel like something out of a Kurosawa samurai film.

Indeed, much like his previous show, Samurai Jack, a lot of the fight scenes in Clone Wars lack any dialogue, focusing instead on sound and movement to convey emotions. Take the first appearance of General Grievous, for instance, which builds up a terrifying monster without any words, or Anakin’s fight against Asajj Ventress and the way it pauses to increase the tension and drama by having the audience try and figure out what the characters are feeling and thinking. This approach to fight scenes can be seen all over The Mandalorian, which has a known Tartakovsky fan in Jon Favreau. The second episode of the first season has long and almost meditative scenes where no dialogue is spoken, which critics were quick to point out as nods to Samurai Jack. 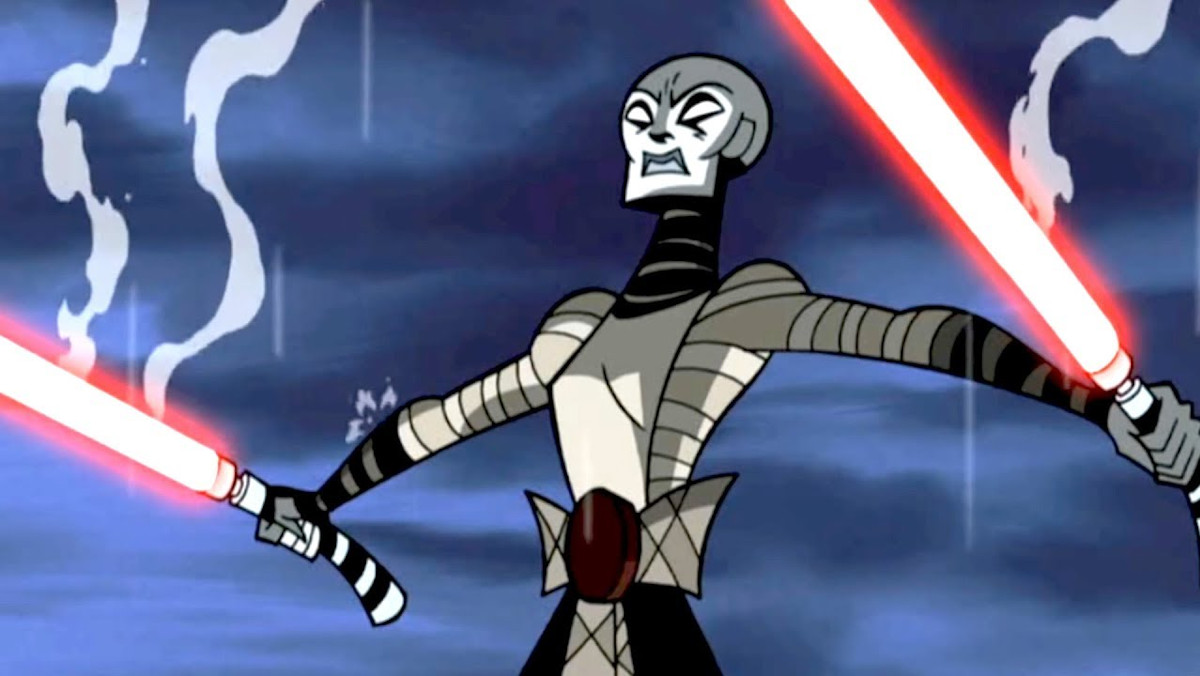 Tartakovsky also helped bring Japanese anime into the galaxy far, far away with an art style that could star a shonen protagonist, but also more direct callbacks like in the case of the immortal Gen’Dai Durge. In chapter eight of the micro-series, Obi-Wan and his troopers mount on speeder bikes and engage in the Star Wars equivalent of a jousting duel against a squad of droids also on speeder bikes, all wielding lances. The entire chapter is a masterclass in storytelling economy, fast-forwarding through the action just before it gets predictable, and slowing down on fights just as you think it might be too confusing to know who is fighting who.

More importantly, chapters eight and nine also include not one, but two direct references to the seminal anime masterpiece Akira. The first comes as Obi-Wan uses his lightsaber to break down Durge’s bike and lance (what medieval knights would certainly consider a dirty trick) before recreating the iconic Akira bike slide. When Durge returns for round two, he’s lost his samurai-like armor, with his body resembling a blob of flesh that expands, mutates, and swallows Obi-Wan like Durge was Tetsuo during the climax of Akira. 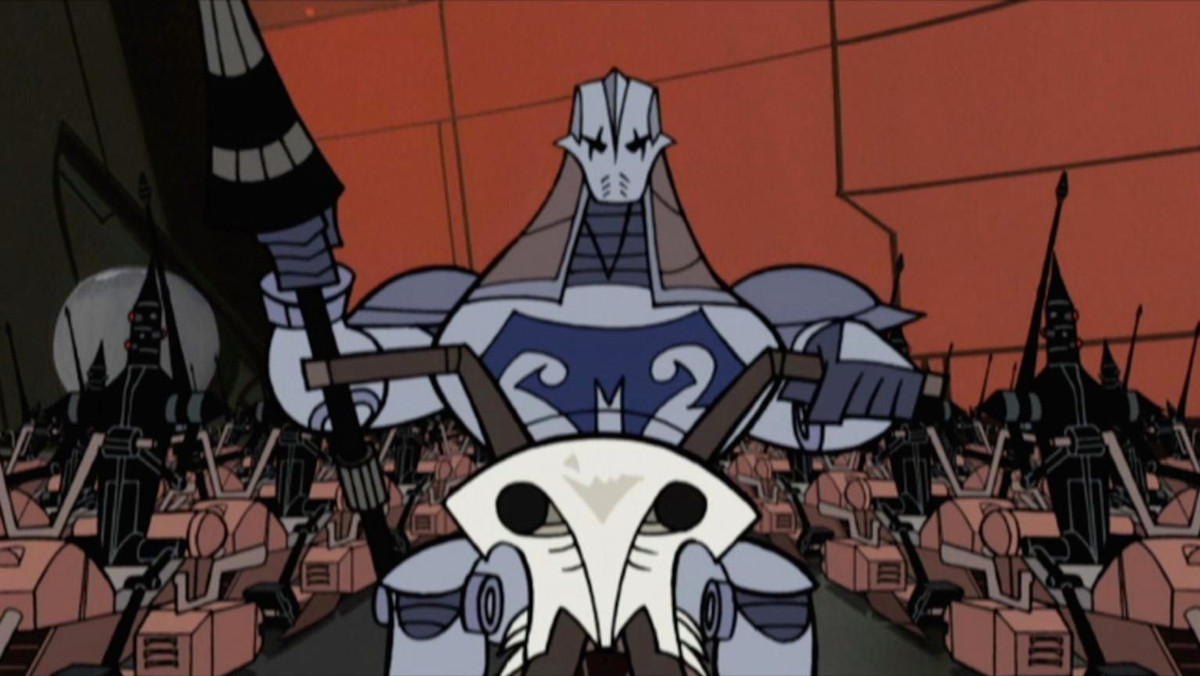 Nowadays, the influence of anime reach across Star Wars as a franchise. Lucas himself said that he liked how much Clone Wars resembled anime, and he’d continue to chase this feeling with the 2008 animated The Clone Wars, which he said he wanted to draw from anime and manga for ideas.

More recently, Dave Filoni created the anime-inspired Star Wars Resistance, which Japanese studio Polygon Pictures animated. Hayao Miyazaki films like Nausicaä of the Valley of the Wind or Princess Mononoke also heavily influenced the sequel trilogy. You can’t look at The Holdo maneuver scene in The Last Jedi and say it doesn’t look like something straight out of an anime, while Ahsoka Tano’s live-action debut in The Mandalorian shares many visual cues with Princess Mononoke. This trend culminated in last year’s announcement of Star Wars: Visions, an anime anthology set in the world of Star Wars. 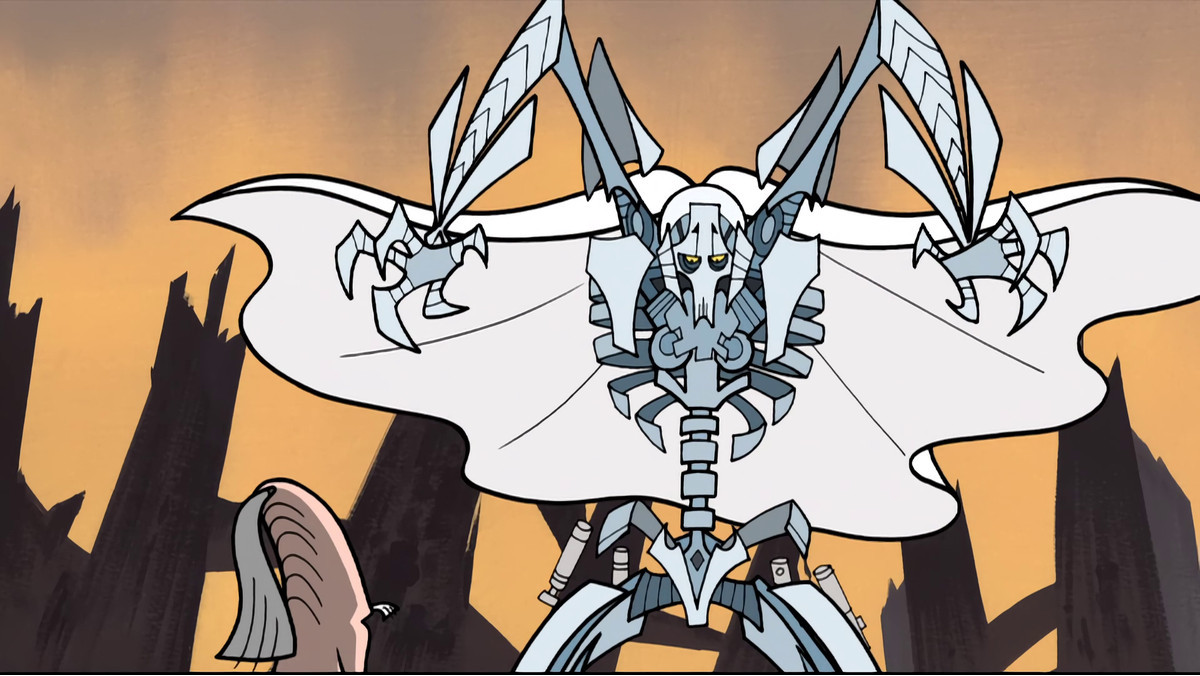 Even in a smaller scale, Clone Wars did a great job in introducing characters that have since become absolute icons. Take the aforementioned Asajj Ventress, who quickly became a fan-favorite villain and made the jump over to The Clone Wars. Or even Durge, who is finally getting his canon due as part of the Doctor Aphra comic series. Even characters like General Grievous got a more memorable portrayal in the micro-series. The series gave Grievous an epic fight up there with all the epic battles in the entire franchise.

Clone Wars may have started out as a show to fill in gaps between the movies, but it ended up being just what the franchise needed: a show full of incredible action scenes, symbolism, and new influences that continue to inspire the franchise even after almost 20 years.