Watch This Video and See How Deep Oceans Really Go

Despite the fact that we’re all inundated with stories of oceans and lakes both adventurous and horrific, “the depths,” so to speak, all tend to blend together. In a new video, animator and YouTuber MetaBallStudios helps to tease apart the dark waters of the world. And if you think you know how deep the ocean really is, you may need to think again.

MetaBallStudios (or MBS), a Spanish animator whose real is name is Alvaro Gracia Montoya, recently posted the above video to his channel. For those unfamiliar, MBS has cranked out countless animated comparison videos before. The animator has, for example, compared the sizes of various spaceships from Star Wars. As well as how big various comets in our solar system are.

In this comparison, MBS goes for depth instead of his usual size angle. The video begins with the Sea of Azov, which is in Eastern Europe and has an average depth of only 23 feet. From there, MBS slowly works down into deeper and deeper bodies of water, providing familiar structures and event sites as references. At about 90 seconds in, for example, MBS shows that the average depth of the Timor Sea is 270 feet deeper than the Eiffel Tower is tall. (That would be over 1,060 feet.) 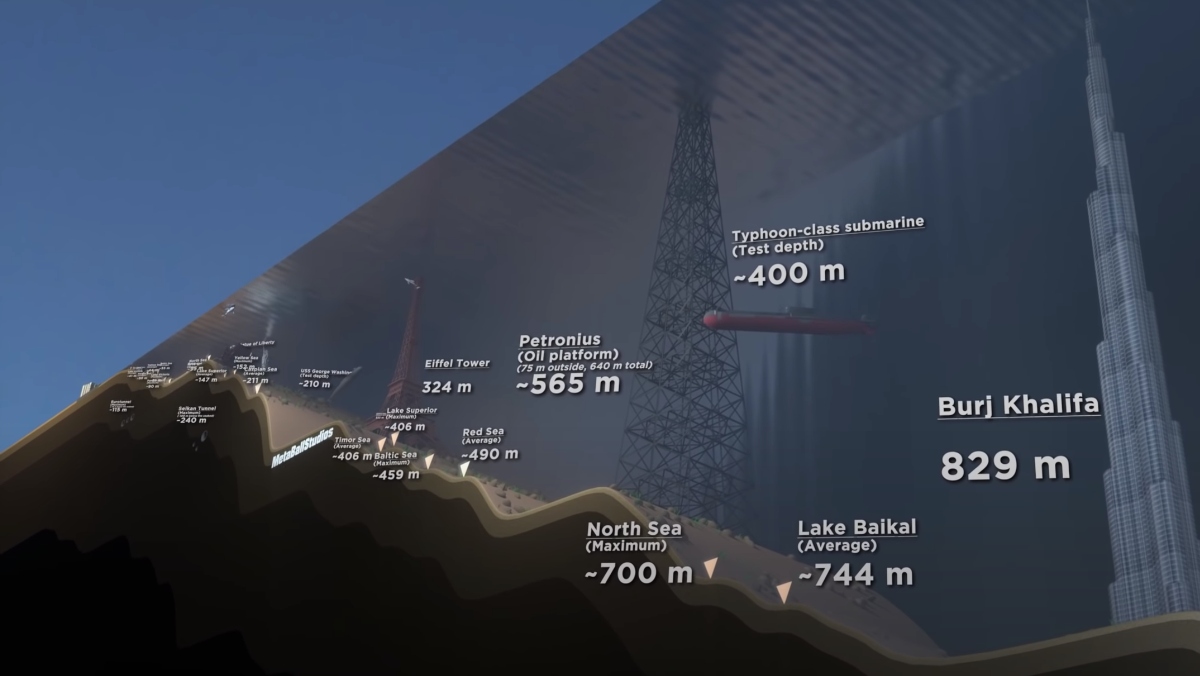 As the comparison continues, the depths become more and more dizzying. The average depths of the Argentine Sea, the Arctic Ocean, and the Black Sea all cluster around 4,000 feet deep. Which seems deep, until the animation pulls back, revealing depths that grow to tens of thousands of feet. With the Mediterranean really bringing the “abyss staring into you” factor to 11 with a depth of more than 17,000 feet.

The Atlantic Ocean crushes that depth, however, deepening in(?) at a whopping 27,000 feet deep. For reference, that’s approximately as deep as Mount Everest is tall. 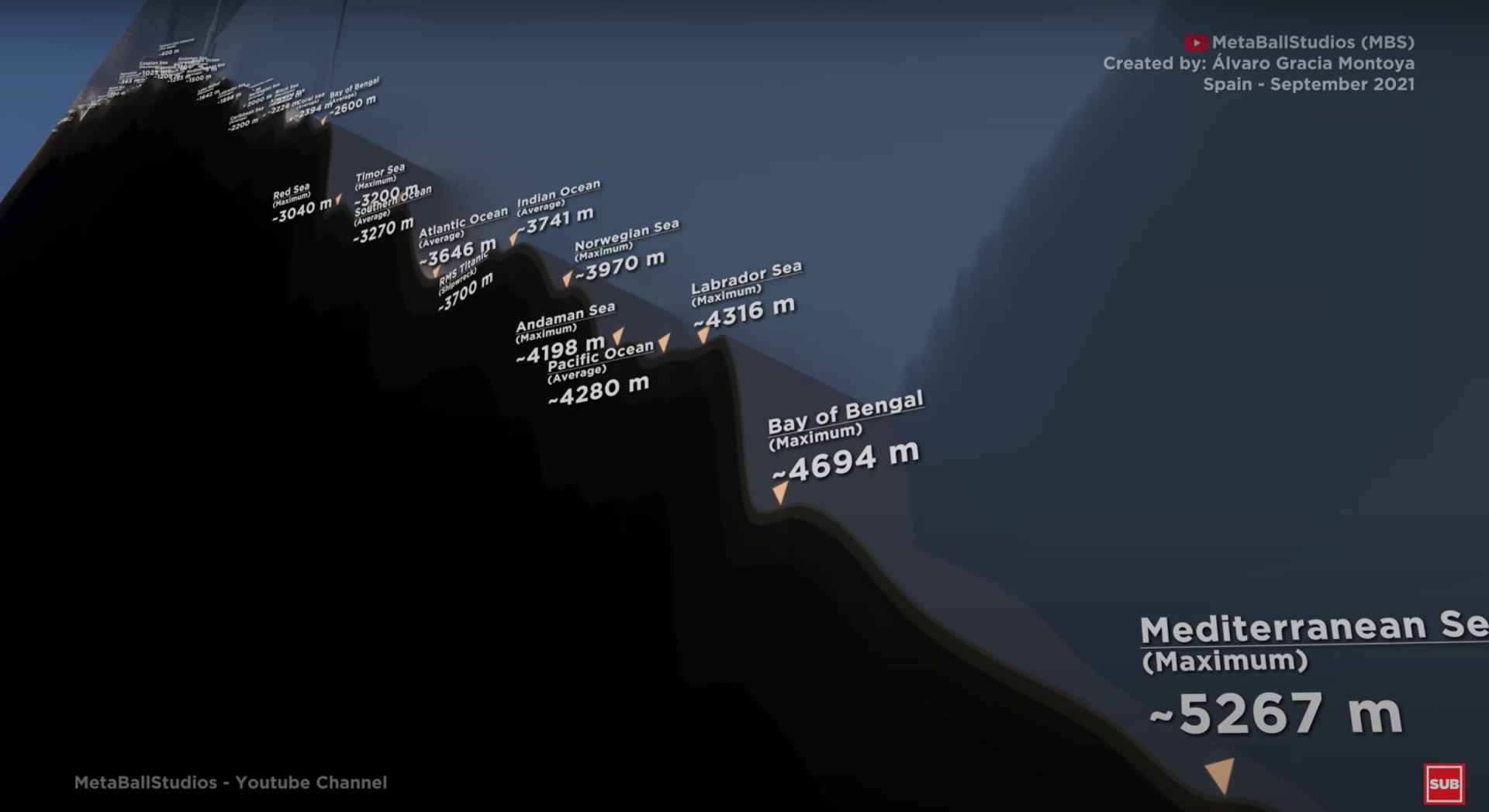 The deepest floor of any ocean on Earth, however, is the Mariana Trench, which is in the western Pacific Ocean. The trench, which is home to alien crustaceans and sounds that will send chills down your spine, is an astounding 36,000 feet deep. What’s just as astounding, however, is that explorers have visited there and sadly found plastic waste.