Researchers discovered a Coral Reef Taller than the Eiffel Tower

A team of Australian scientists has just discovered a new, detached coral reef in the Great Barrier Reef that spans more than 1,600 feet from bottom to top. For reference, that size makes this reef significantly taller than the 1,250-foot-tall Empire State Building, or the 984-foot-tall Eiffel Tower. The discovery of the coral also marks the first time people have found one of these mondo chunks of underwater ecosystem in the region in 120 years.

On October 20th, scientists with the #EdgeGBR expedition uncovered a new detached reef to be added to the #GreatBarrierReef. The reef is 500m high, taller than the Eiffel Tower. #OzOceans2020 #NewReefGBR #KeepExploring #NewDiscovery pic.twitter.com/oiu0tVPe5B

Smithsonian Magazine reported on the discovery, which occurred on October 20. The team of Aussies was aboard the Schmidt Ocean Institute’s research vessel Falkor when it stumbled upon the reef. And, yes, that is a lovely little reference to The Neverending Story‘s own Luck Dragon.

The team of scientists, led by Dr. Robin Beaman from James Cook University, stumbled upon the fresh coral during an underwater-mapping session along the Reef’s northern seafloor. To further analyze the coral reef, the team went back with Falkor‘s underwater robot, SuBastian, several days later. That probing of the underwater mountain can be watched in the video below, as well as in this part-two video.

“We are surprised and elated by what we have found,” Beaman said in a Schmidt Ocean Institute press release. “To not only 3D map the reef in detail, but also visually see this discovery with SuBastian is incredible,” the scientist added. (For those wondering, SuBastian is also indeed a Neverending Story reference.) 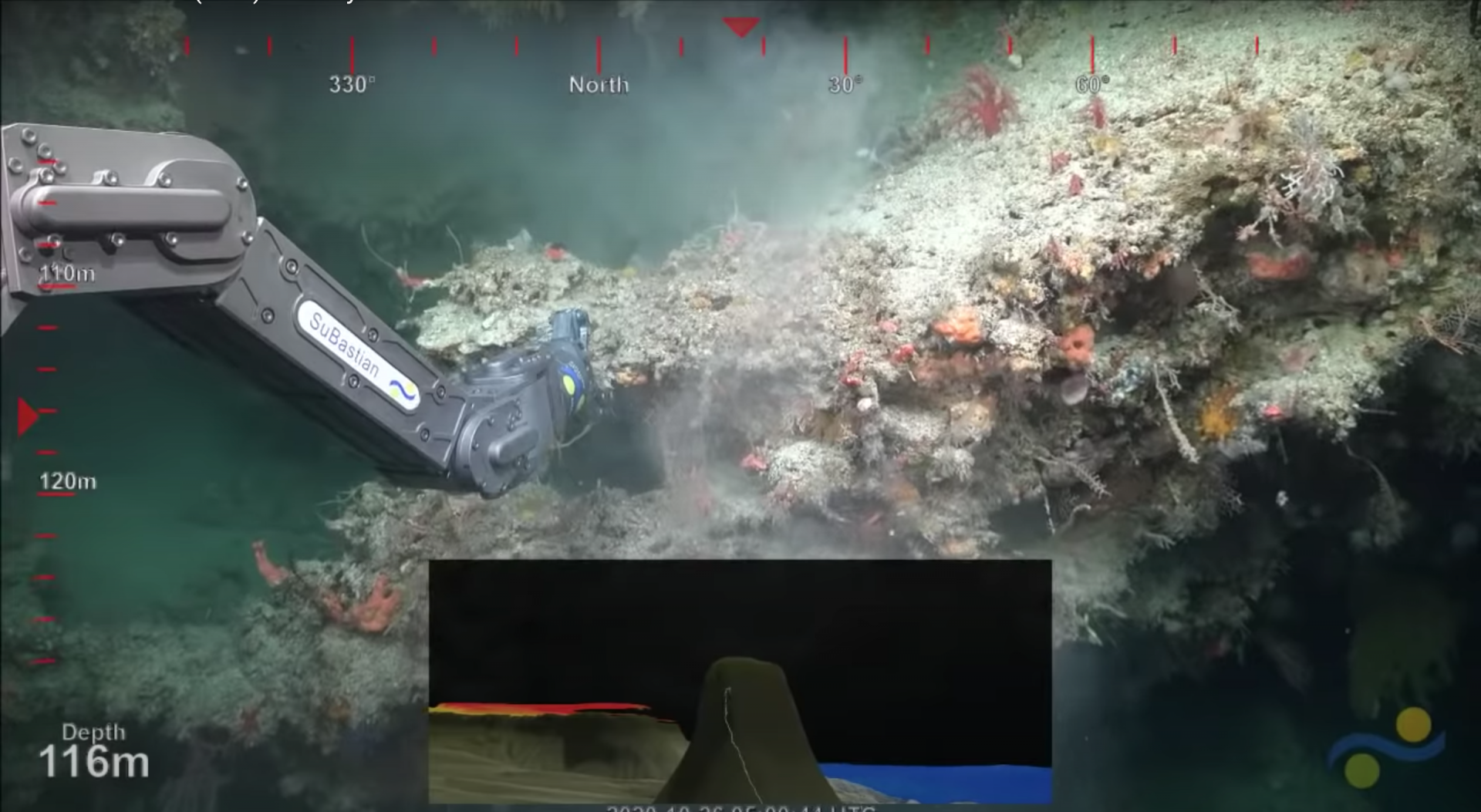 And while the new, giant coral reef will undoubtedly yield plenty of interesting findings in the future, research into it is obviously just beginning. Which means, despite the six-plus hours of exploratory footage available in the two SuBastian videos, there’s not a lot to see; especially in terms of the alien-like creatures we’ve come to expect from the ocean. Although Schmidt scientists have found plenty of those before too, like this hundred-plus-year-old siphonophore.