Watch a Size Comparison of Almost Everything STAR WARS - Nerdist

Some of the most dedicated Star Wars fans out there have an encyclopedic knowledge of the series’ fictional universe. But what few fans have, probably, is a sense of relative scale for lightsabers, Sith, ships, and just about everything else in the galaxy far, far away. This video from YouTube channel MetaBallStudios, however, should clear that right up. And also help us better understand what could blow up what in the battle between the Force’s opposing sides.

Although MetaBallStudios released this particular video a while ago, it fits in nicely with the other sci-fi-themed comparison videos the YouTube channel has been cranking out recently. The channel put out a video solely comparing sci-fi starships in September of this year. On top of that, the channel also put together a comparison of flying crafts from different pop culture properties.

As for this comparison of Star Wars stuffs, it ranges from a lightsaber hilt, which comes in at just under a foot long, all the way up to the planet Yavin Prime. For reference, Yavin Prime, a gas giant like Jupiter, has a diameter 15 times that of Earth. 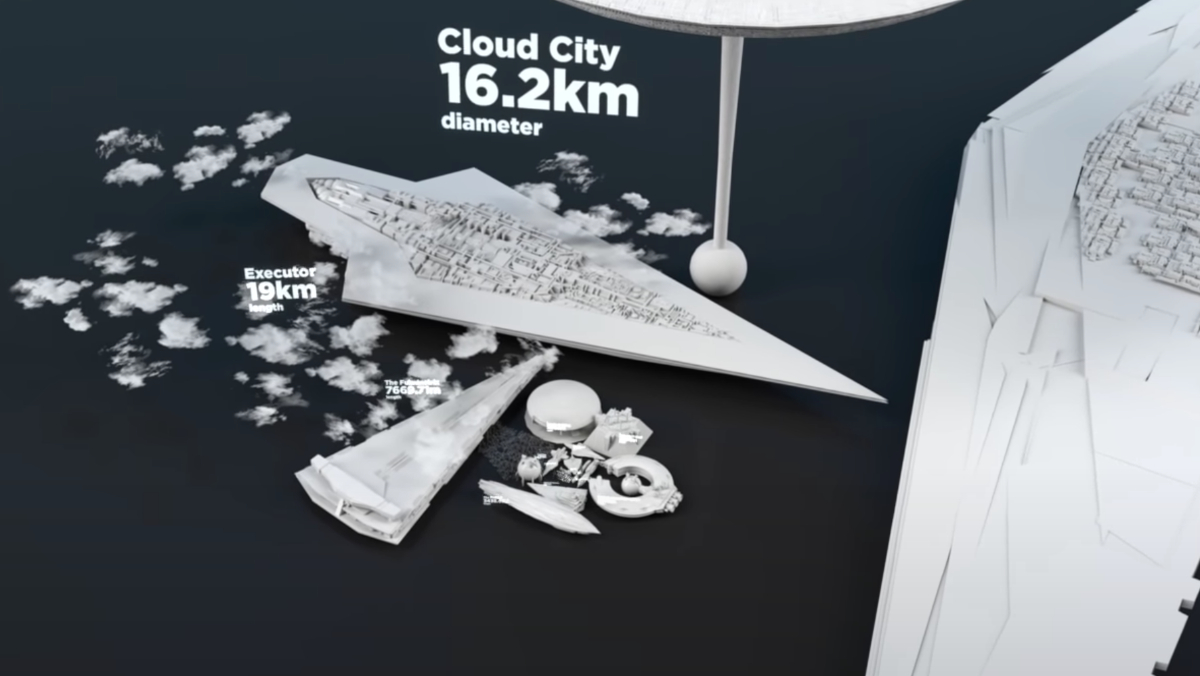 Obviously different comparisons will be enlightening for different people. But the leap from the Supremacy to the first Death Star stands out as particularly helpful for a general sense of scale. The Mega-class dreadnaught seems to be insurmountably gargantuan. But then the baby DS comes along and dwarves it.

For those who want to develop a better sense of scale for other sci-fi universes, MetaBall again has you covered. The YouTube channel has done a comparison of all the ship sizes in Halo, as well as one for robots in cinema. Although all you dedicated Star Trek fans will probably get the biggest kick out of this starship matchup.