During its 4.5-billion-year life span, Earth’s been hit by countless asteroids. (Despite Jupiter’s noble attempts at defending it.) But while it’s easy to imagine the damage they’ve done, just how big have they been? The two videos below from YouTuber MetaBallStudios (MBS) will give you a good sense of their dastardly size. As well as the sizes of other monstrous asteroids in the solar system.

MBS, a Spanish animator living in the UK who goes by the name Alvaro, posted the above and below size comparisons to his channel. Previously, the animator’s compared the sizes of objects like like cities, science fiction ships, and even gaming-console sales figures.

Alvaro begins his first comparison with a relatively small 12-foot-long asteroid, 2008 TC3. That one, as its name implies, entered Earth’s atmosphere in 2008, exploding an estimated 23 miles above the Nubian desert. 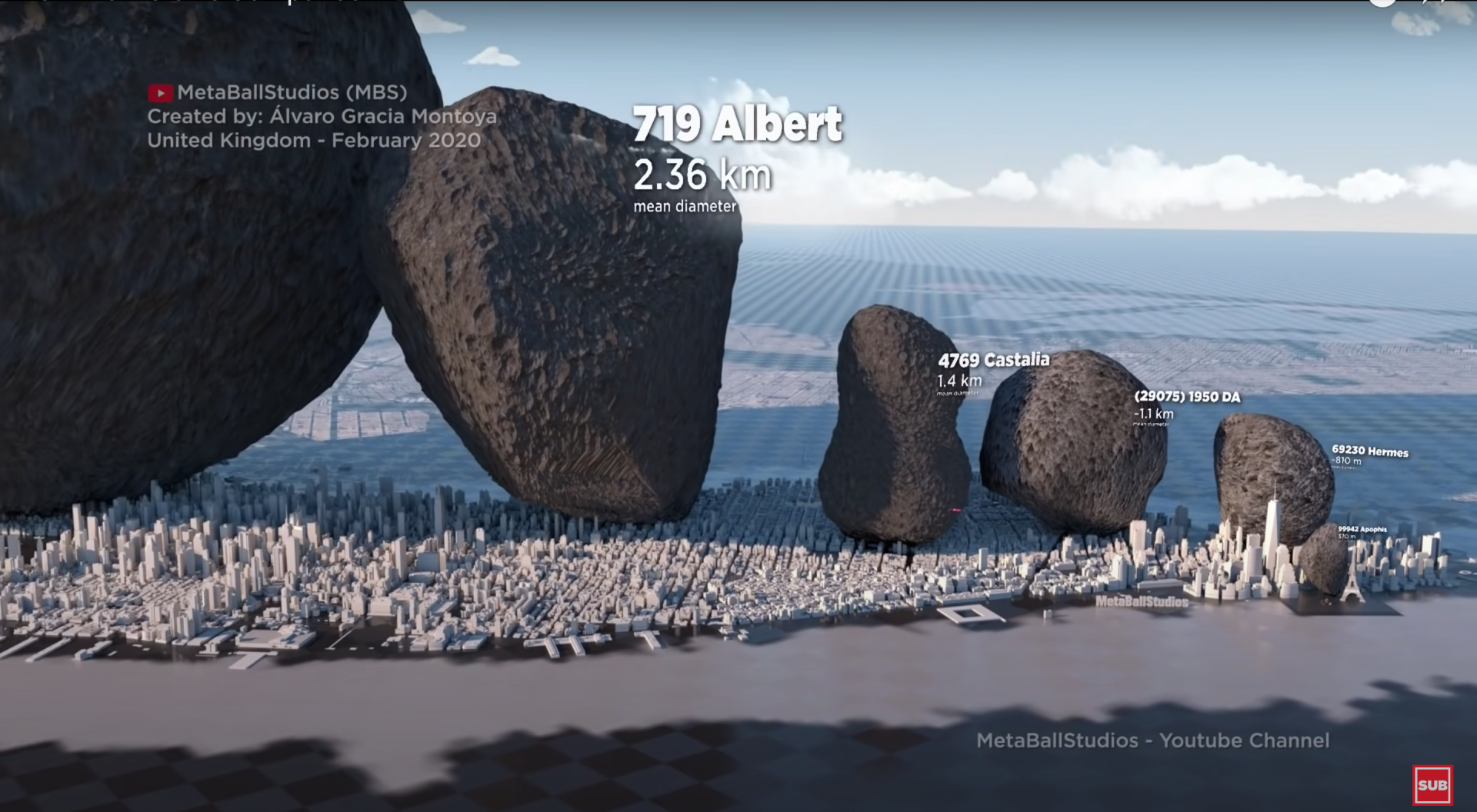 The first comparison then ascends through roughly two dozen more asteroids before calling a lid on the lineup with Vesta, one of the largest objects in the asteroid belt. (For reference, Vesta is 326 miles in diameter and constitutes 9% of the asteroid belt with its mass.) And, as the video shows, the gigantic rock dwarfs any one of Europe’s smaller countries. Indeed, it’s big enough to imagine its unthinkably huge impact leading to the end of the world.

In Alvaro’s second installment of his asteroid-size comparison series (below), the animator has a little extra fun. Like the first video in the series, it compares some of the most famous asteroids out there, including the Great Comet of 1811 and Comet Hale-Bopp. It also, however, contains a handful of fictional comets. Like the seven-mile-wide asteroid from the 1998 film, Deep Impact. Or the Texas-sized asteroid from Armageddon. (Because of course Michael Bay’s fictional rock would have to be comically huge.)