One of the coolest moments in recent Star Wars history is the first live-action appearance of Ahsoka Tano in The Mandalorian. Played by Rosario Dawson, the former Jedi padawan from the animated Clone Wars and Rebels series did not disappoint. It was a lifelong dream of many a fan to see Ahsoka realized in live-action. And Dawson instantly became a Star Wars icon. 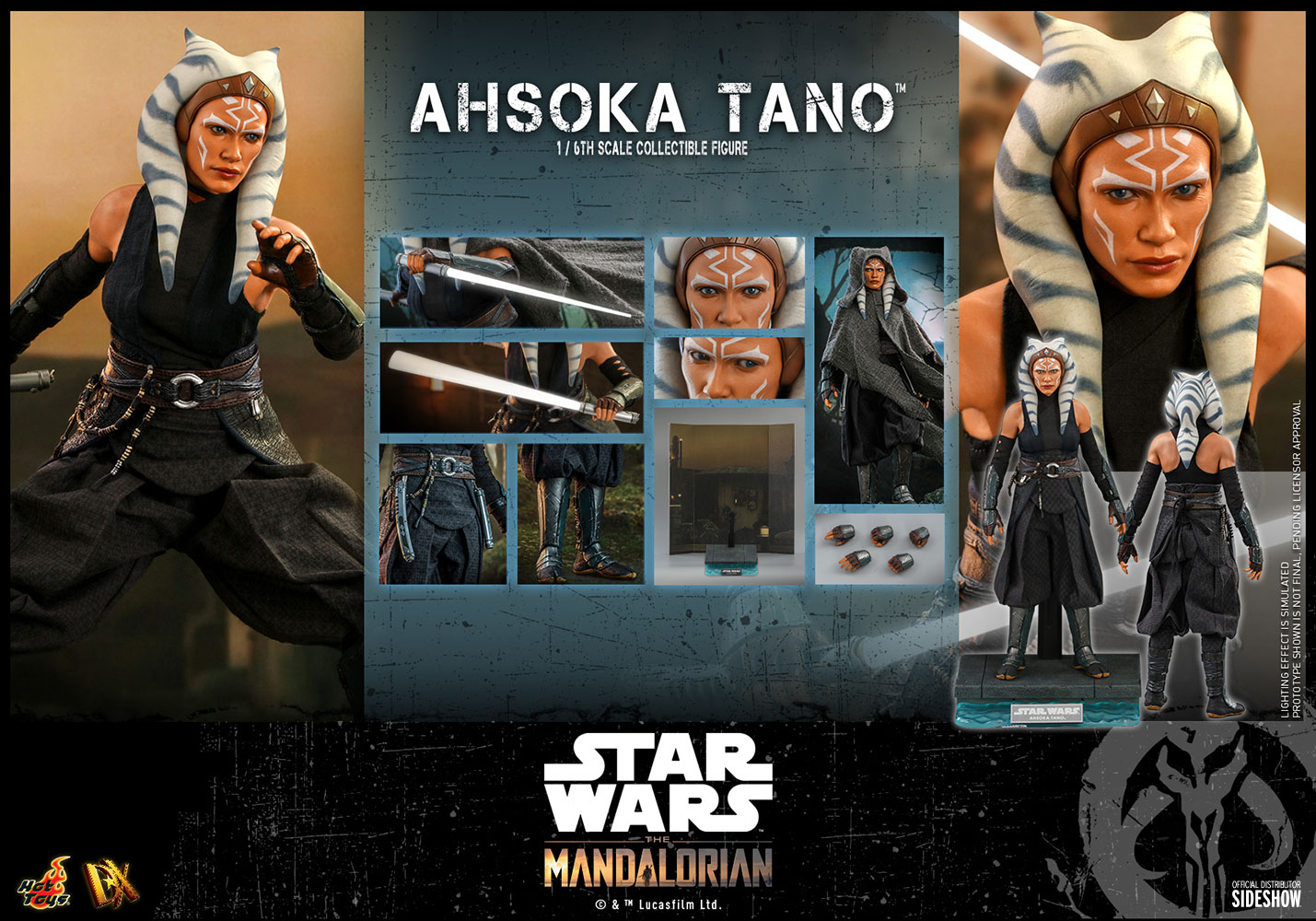 Now, Hot Toys and Sideshow Collectibles have revealed the all-new Ahsoka Tano 1/6 scale figure, and an Ahsoka & Grogu 1/6 scale figure set. Hot Toys features two different versions of the beloved Jedi warrior. The first is a single 1/6 scale figure with an all-new diorama-themed base. The second is a collectible set which also includes a 1/6 scale Grogu, and forest-themed backdrop display. 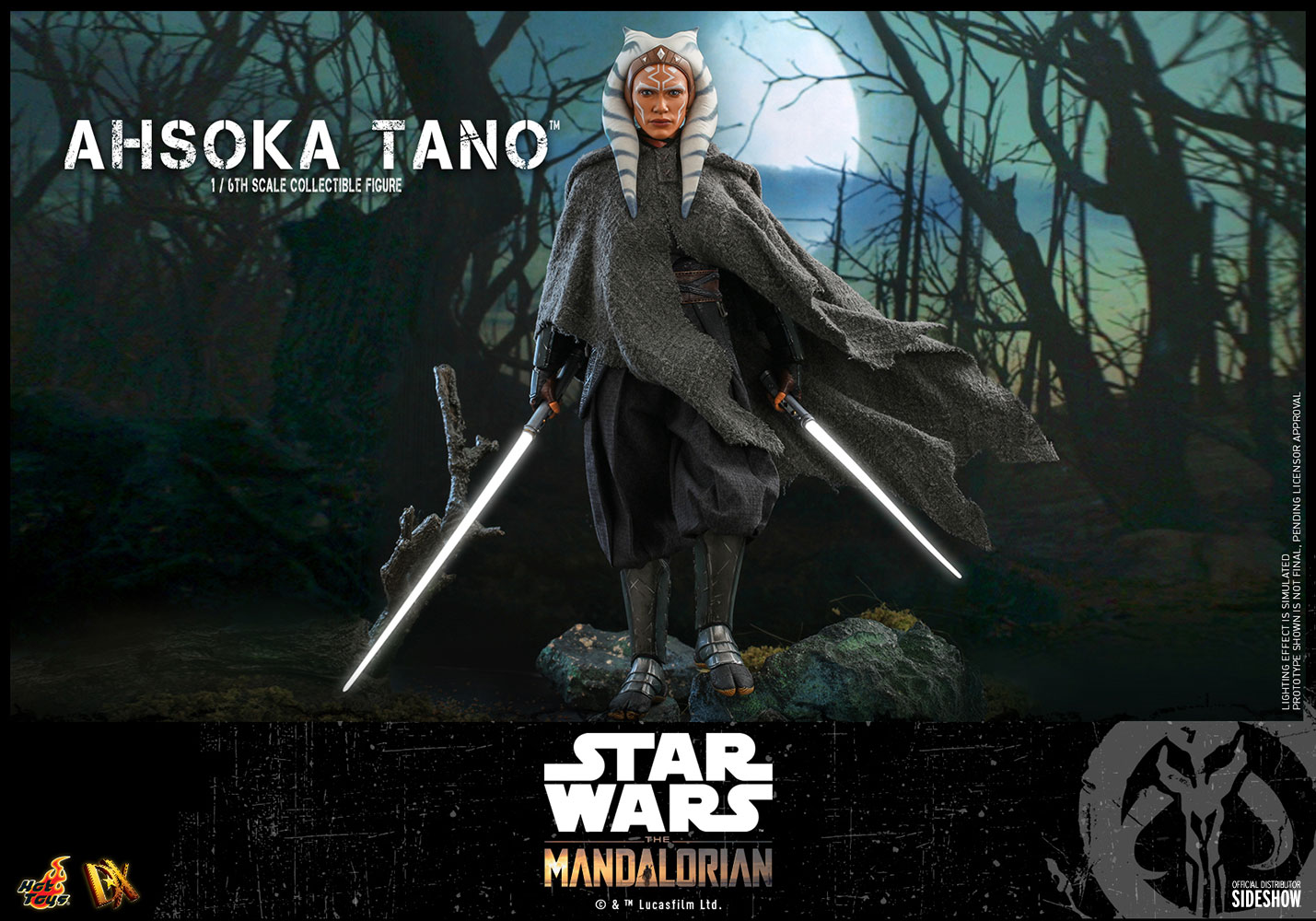 The single 1/6 Ahsoka Tano figure comes with a hand-painted portrait of Ahsoka, as she appears in The Mandalorian. She arrives with a newly developed head sculpt with highly accurate expression, makeup, and detailed facial patterns. There’s also a rolling eyeball feature allowing for multiple display options. Her sculpted blue and white striped montrals and head-tails come embedded with poseable wires. The body has over 28 points of articulation, as well as multiple interchangeable hands. 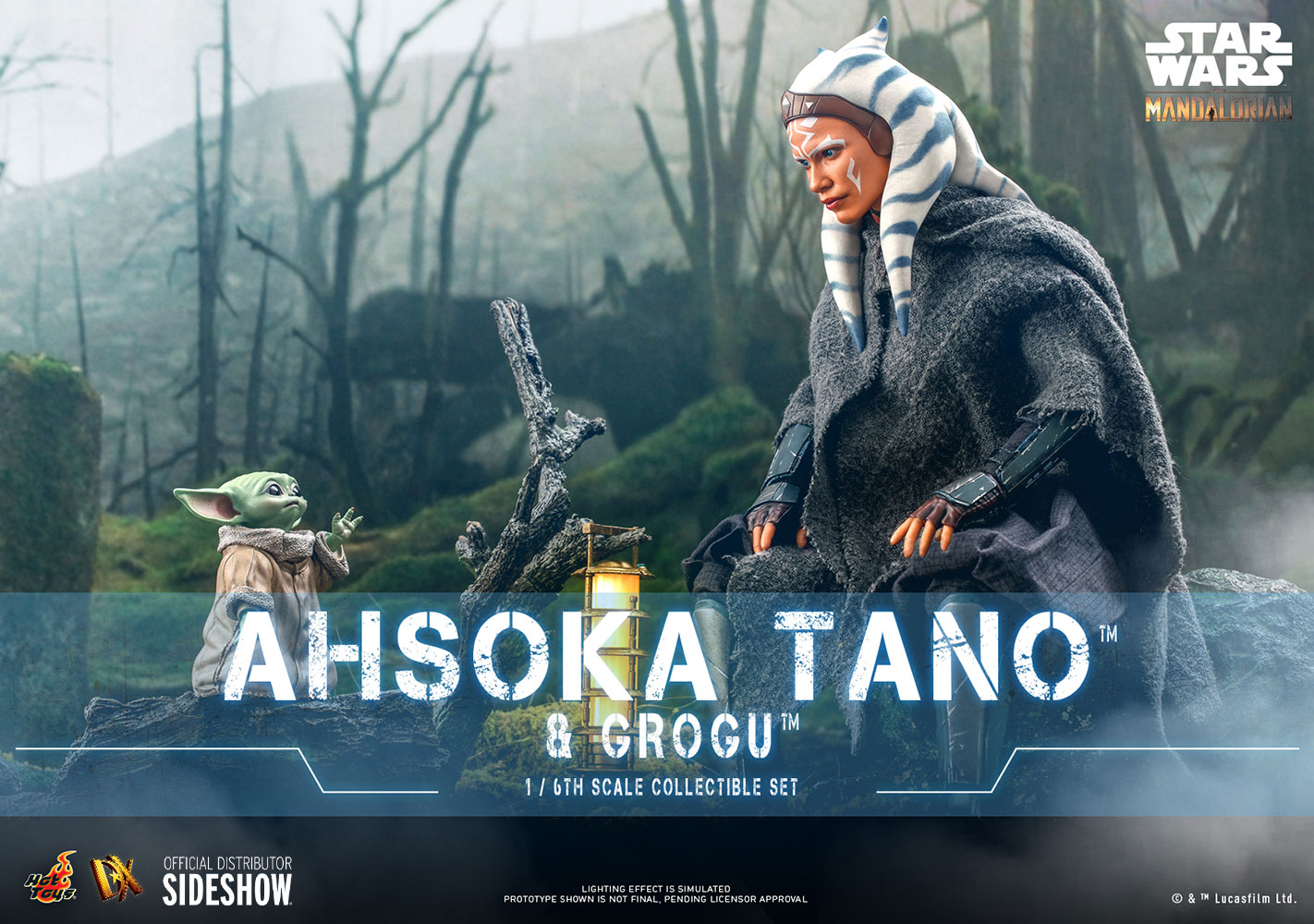 Also included are a weathered cloak, a fabric vest with layered collars, a pair of weathered gauntlets with forearm gloves, and a belt with detailed accessories. To complete the look, Ahsoka also comes with one grey patterned sash, a pair of tailored pants with detailed patterning, and another pair of shoes with weathered leg armor. Of course, no Jedi is complete without their ancient weapon. Ahsoka comes with one pair of lightsabers, and a pair of lightsaber blades in motion (attachable to the hilt). Finally, Ahsoka’s courtyard-themed backdrop and specially designed walkway diorama figure base complete the package. 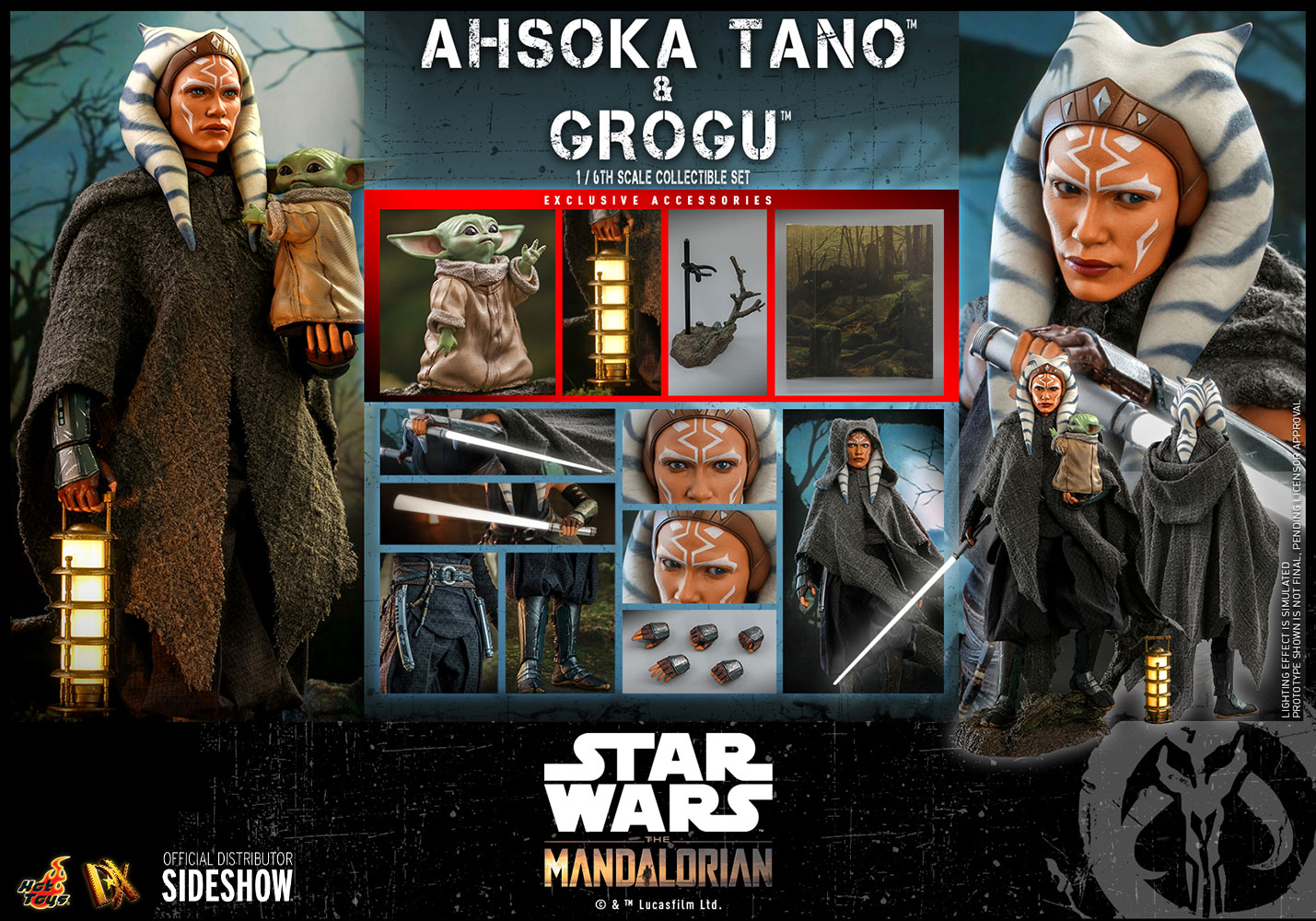 The second Ahsoka figure comes with all the same attributes as the single figure. But it also comes with a lantern, and a forest-themed backdrop. This specially designed forest diorama dynamic figure base with tree trunk and rocks. Most importantly, this deluxe set comes with an ultra-detailed hand-painted likeness of Baby Yoda. The child has a newly developed standing posture (with articulated function) and a pair of interchangeable force-using hands.

The single Ahsoka figure is now available for pre-order, at a pricepoint of $285. Ahsoka and Grogu’s deluxe figure set is also up for pre-order, priced at $315. A shipping timeframe of July to September of 2022 is expected for both. For more images, be sure to head on over to the Sideshow Collectibles site.