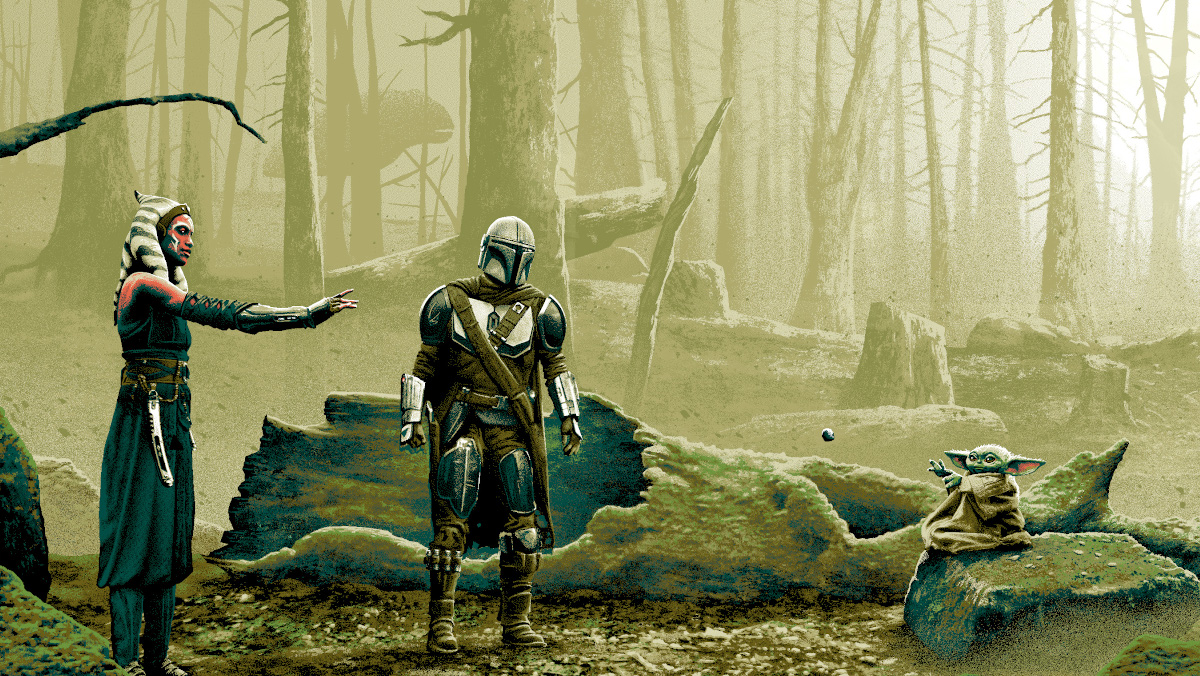 And “There Aren’t Many Jedi Left”  just so happens to be the name of a new piece from artist Mark Englert and the folks at Bottleneck Gallery. Englert’s piece juxtaposes the calm, bonding moments between the trio of protagonists with an expertly crafted glow-in-the-dark layer portraying Ahsoka’s intense battle with Elsbeth. It highlights one of the most memorable scenes from one of the most key chapters in the Star Wars saga. We see Ahsoka testing Grogu’s Force abilities in front of his surrogate dad on the planet of Corvus.

Englert’s print will be available as a timed-edition release from Wednesday (February 24)  at 12p.m. ET through Sunday (February 28) at 11:59p.m. ET at Bottleneck Gallery’s website. A black and white glow layer variant, edition of 75, will be included in random orders, free of charge. Maybe you’ll be one of the lucky Ahsoka Tano fans who receives one. The number of prints sold through Sunday, February 28 at 11:59p.m. ET will determine the edition size.

You can check out details of this amazing print right here, including the limited edition black and white version. Click to enlarge each image.

Bottleneck Gallery
Bottleneck Gallery’s newest Star Wars print will start shipping in six to eight weeks. You can order by clicking here. Now, crossing our fingers for a Luke Skywalker in Chapter 16 print. Here’s hoping that legendary moment is coming soon too!