THE MANDALORIAN Becomes a '90s Sitcom in "Grogu Pains" - Nerdist

THE MANDALORIAN Becomes a ’90s Sitcom in “Grogu Pains”

The Mandalorian‘s second season just ended and we’re already antsy for it to return. What makes this wait even worse though is that we don’t know how long it will last. The Star Wars spin-off The Book of Boba Fett will almost certainly debut before season three of the original series. Rather than give in to anger though (since it leads to hate), we went looking for something that could scratch our Mando itch. And we found exactly what we need in an unlikely place—our old VHS tapes. Lost in those relics of a bygone era was one of our favorite family sitcoms from the early ’90s. It was a wholesome show about a single dad and his son getting into all sorts of zany hijinks! That’s right, it’s the classic series from Nerdist Remix studios, Grogu Pains.

What Doctor Pershing is to Moff Gideon, editor Matt Caron is to Nerdist. (We swear that’s a compliment…we think.) The latest work to come out of Matt’s laboratory is a spot-on clone of a ’90s-style sitcom about the galaxy far, far away’s best surrogate dad and his troublemaking little green son.

Forget the dangerous battle between the forces of good and evil you know from the live-action Star Wars series. Grogu Pains truly put the family back in family sitcoms. Along with all the laughs of those vintage TGIF shows we remember so fondly. And thanks to a sprawling cast of memorable characters and guest stars, Din Djarin’s Mandalorian was not the only who couldn’t help falling in love with the show’s tiniest star, Zee Child, played by 50-year-old veteran star of stage and theatre, Grogury St. John. 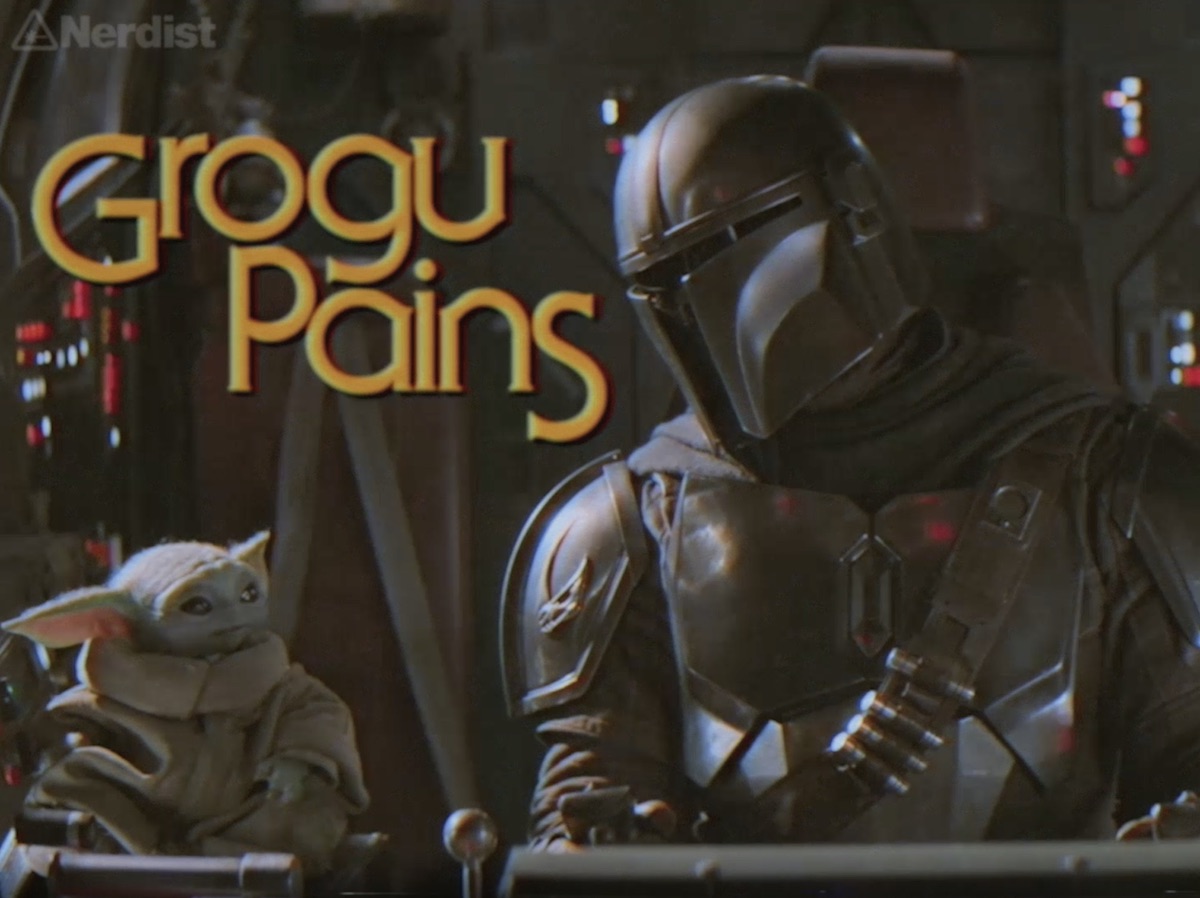 Grogu Pains was a hit for Nerdist Remix studios. And in many ways the sitcom inspired the hit Disney+ series The Mandalorian.

It’s why we expect season three of The Mandalorian to introduce some cool new cousin to the cast.