For a guy who fell into a Sarlacc pit more than 37 years ago, Boba Fett is having one heck of a run. First he made his triumphant return to the galaxy far, far away on The Mandalorian, where he totally redeemed himself by being a total badass. Now he’s set to star in his very own spin-off show. And he’s even getting his own comic. Pretty good for a character we thought died a long time ago. So good in fact he’s not just getting one new collectible, he’s getting two. Hot Toy has announced two different Boba Fett figures. And each captures a different memorable look for one of Star Wars‘ most infamous bounty hunters. 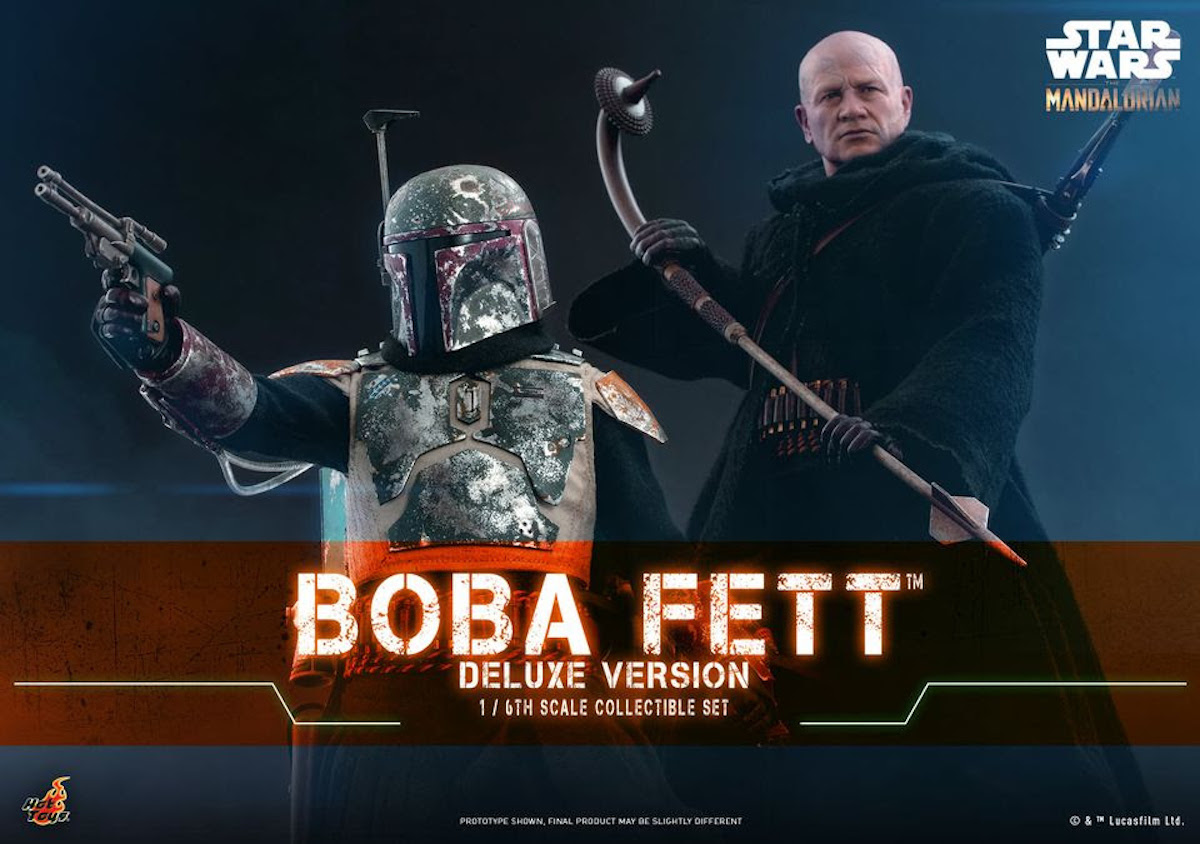 The standard figure ($285), with 30 points of articulation, comes “outfitted in his weathered, worn, and battle-damaged armor” that he wore after getting it back from Din Djarin. That includes a “newly crafted battle-damaged helmeted head with articulated rangefinder.” This Boba has seen some s**t, and he’s ready for even more. 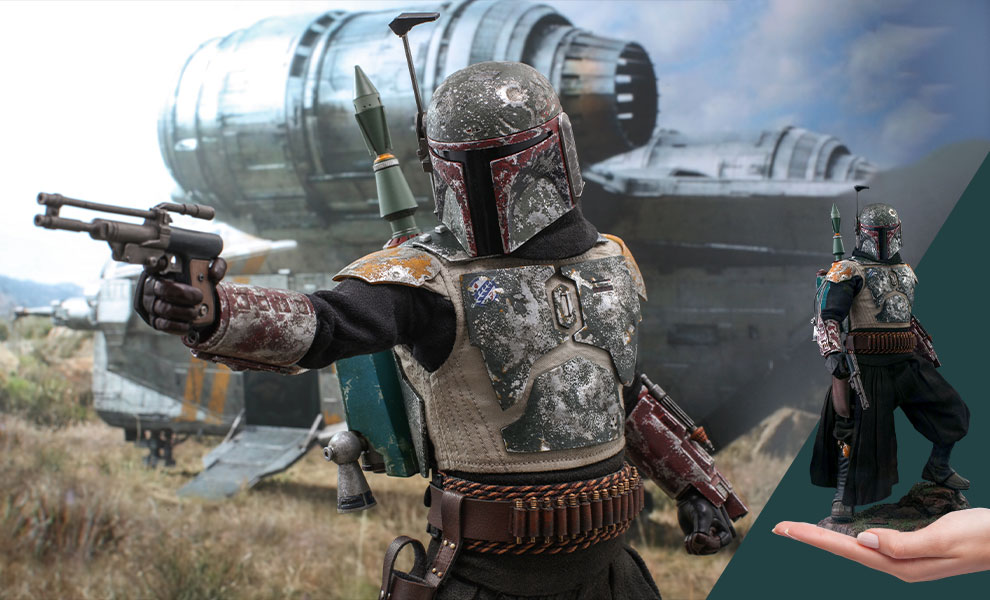 The base figure also comes with:

The Deluxe Version ($490) includes the same armor set as the original figure. But it also comes with his Tusken raider robes and accessories he’s seen with during his first appearance on the series. 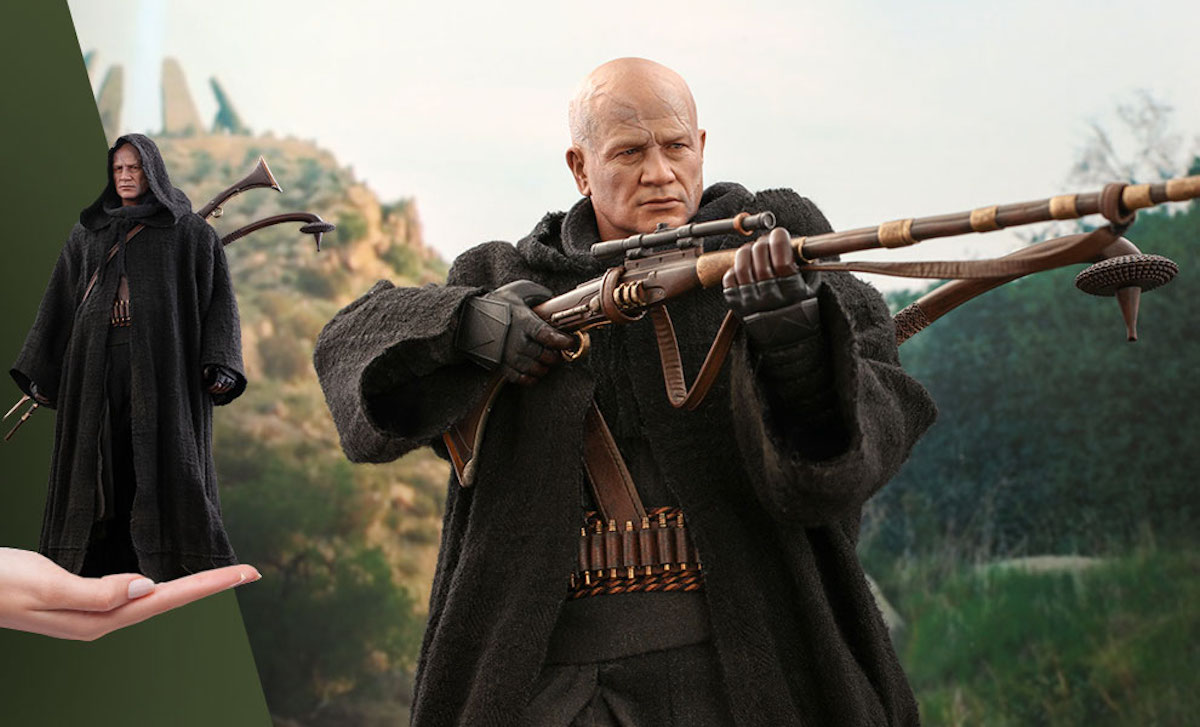 In addition to all of the same standard extras, this figure also includes:

Both figures are available to preorder at Sideshow Collectibles. They will begin shipping sometime in 2022, between April and June. You might not want to wait to order yours though. These could sell out fast. Because at the rate Boba Fett has been going, by then he might be the biggest star in every galaxy.