Disney+’s live recording of Lin-Manuel Miranda’s smash Broadway hit Hamilton introduced the musical to an even bigger audience. That has led to a new wave of tributes. And we love hearing all of them, no matter how over-the-top they are. Like the all Muppet-version that proved the Ten-Dollar Founding Father’s story transcends time, mediums, and felt puppets. Now, the latest fun crossover that proves how versatile the musical really is comes from one of the internet’s favorite playgrounds. You can watch Hamilton performed entirely in  Animal Crossing.

The YouTube channel Guitar_Knight14 has been recreating Hamilton, song by song, inside the world of Animal Crossing. He has already finished all of Act 1 (which we first saw at Boing Boing), which you can now watch in its entirety. If you do hit play, trust us, you’ll want to make sure you have time to actually finish it. This mashup will suck you in. Not just because the whole thing is scored to the actual Hamilton soundtrack, either.

While the mouths on the game’s animated characters don’t move, these recreations get so many other details about the show exactly right. From hitting their stage cues, to participating in big group sing-and-dance routines, to conveying real pathos, this quickly goes from a novelty to an engrossing viewing experience. And by moving it entirely from the stage to actual sets, it feels like an animated movie than a stage show. 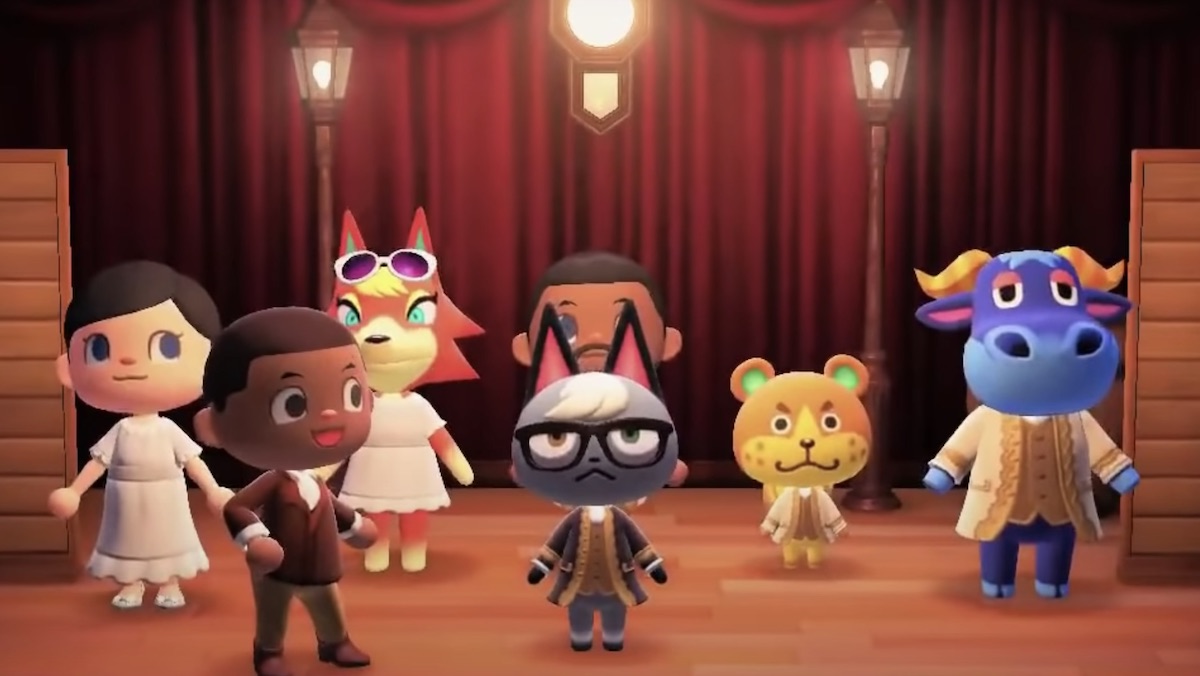 Work on Act 2 of the show has already commenced. “Schuyler Defeated” was the most recent release. Act 1 took about seven months to finish. So this project still has a little ways to go before its totally complete.

But you can help speed it along by supporting the creator’s Patreon for as little as $2 a month. Subscribers also get early access to the Animal Crossing songs. That seems like a better deal than trying to beg, steal, borrow, or barter turnips on your farm.