Earlier this year Broadway fans marked October 21, 2021 on their calendars. That was the day a recording of Lin-Manuel Miranda’s smash stage hit Hamilton was coming to movie theaters. Then the world turned upside down. But Disney+ announced in May that it wasn’t going to throw away its shot; the unique recording will premiere on the streaming site on July 3, 2020. And based on the special’s first trailer, we’re glad we don’t have to wait for it much longer.

“An unforgettable cinematic stage performance, the filmed version of the original Broadway production of Hamilton combines the best elements of live theater, film and streaming to bring the cultural phenomenon to homes around the world for a thrilling, once-in-a-lifetime experience. Hamilton is the story of America then, told by America now. Featuring a score that blends hip-hop, jazz, R&B and Broadway, Hamilton has taken the story of American founding father Alexander Hamilton and created a revolutionary moment in theatre—a musical that has had a profound impact on culture, politics, and education.”

This filmed version of the stage show took place at Broadway’s Richard Rodgers theater in June of 2016. And it’s a terrific opportunity for all of us who never saw the original cast in action. We can put faces and performances to the voices we know so well from the soundtrack. 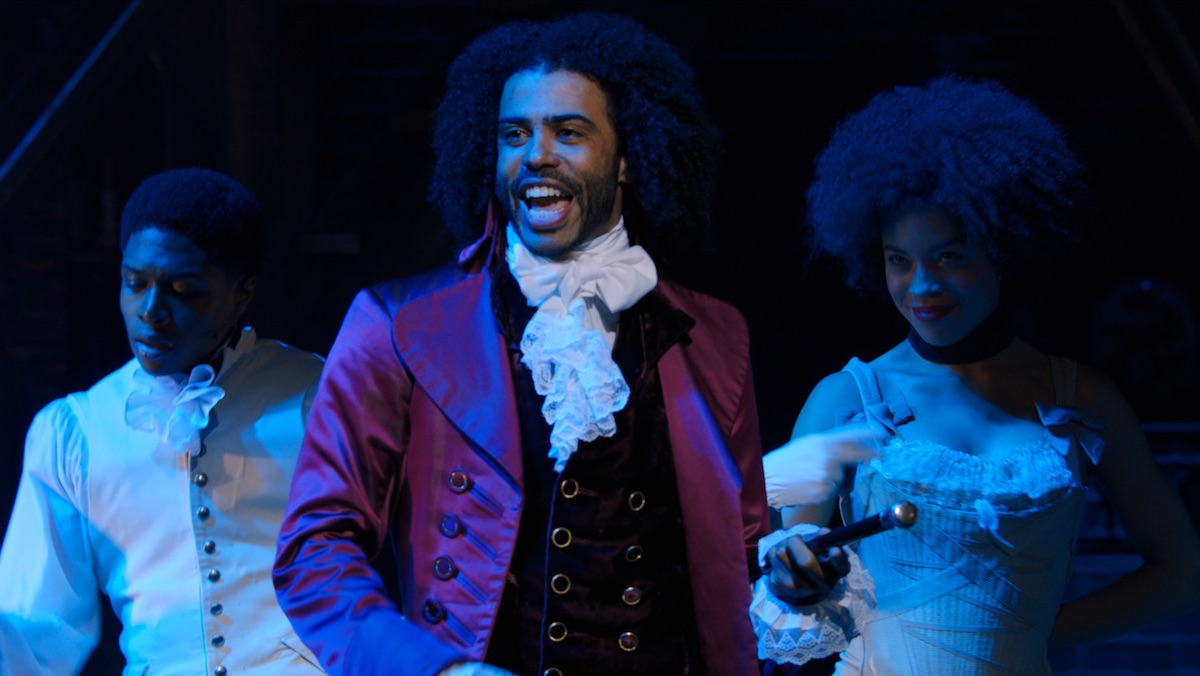 Disney+ has promised a “leap forward in the art” of recording a live stage show, and this first trailer seems to back that up. Making a live play or musical look good on camera is not easy. But this trailer feels both intimate, like we’re in the audience, and cinematic.

One change some fans might not like: the movie will censor out some vulgarity. It needed to do so to maintain its PG-13, family-friendly Disney rating. Miranda has previously talked about why he doesn’t think that’s a big deal.

LMM continued "If we have to mute a word here or there to reach the largest audience possible, I'm OK with that, because your kids already have the original language memorized. I don't think we're depriving anyone of anything if we mute an f-bomb here or there to make our rating"

Ultimately, we think he’s right. Hamilton isn’t exactly Scarface. A few quick edits shouldn’t ruin something most fans couldn’t even dream they’d get to do. They’re going to see the original cast perform.