Watch All 46 Songs from HAMILTON Played on 10 Instruments - Nerdist

Watch All 46 Songs from HAMILTON Played on 10 Instruments

We’re big fans of Hamilton here at Nerdist. An who isn’t? The smash hit musical is a global phenomenon, with thousands of tributes across the internet. Whether it’s a Muppets parody or a cast reunion singalong, there’s no shortage of Hamilton content to keep us entertained online.

But that doesn’t mean we’re any less impressed when a new one pops up and rivets us all over again. Such is the case with this new video, where an instrumentalist named Nathaniel Semsen plays all 46 songs from the musical. The catch? He plays them on 10 different instruments and in under five minutes!

The video is incredible. Not only did Semsen brilliantly figure out a way to weave every song into one beautiful medley, but he even uses his own singing voice when appropriate. (Like in the King George song, “You’ll Be Back.”)

We discovered this awesome video over on Laughing Squid, where Semsen is described as a “band kid.” According to his Instagram profile, he’s also a multi-instrumentalist composer who’s written some of his own tracks. Impressive, indeed! 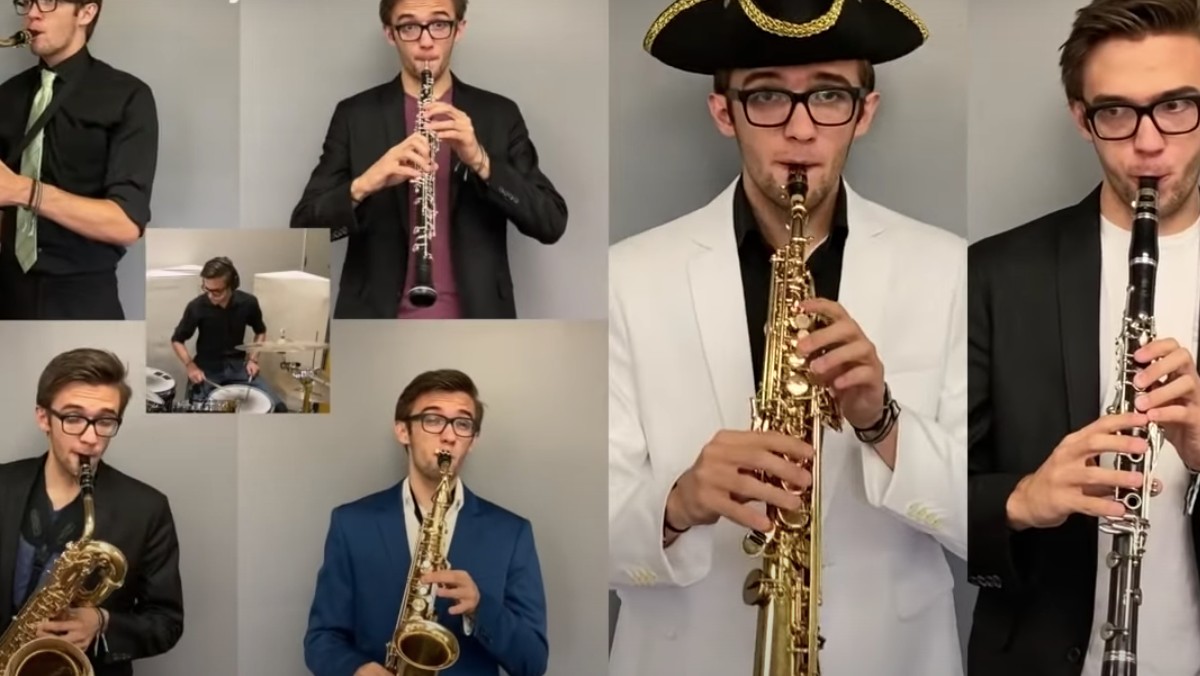 The instruments used in this Hamilton compilation are the alto sax, tenor sax, baritone sax, soprano sax, clarinet, oboe, trumpet, piano, vocals, and drums. That’s a lot of wind instruments, and Semsen plays them all brilliantly. There’s a lot of talent poured into a project like this. And a lot of creativity, since Semsen also uses wigs and costumes to give the full Hamilton effect. He also makes great use of split screens and editing.

Can you tell we’re just a little impressed with this whole thing? If you’re into Semsen’s Hamilton video, check out the Lyon Bros YouTube channel where it was uploaded. There are even more cool videos from Semsen and his fellow band kids. You can also visit his Instagram page. History will have its eye on this kid!