HAMILTON Edit Puts 'Satisfied' and 'Helpless' Side by Side - Nerdist

HAMILTON Edit Puts ‘Satisfied’ and ‘Helpless’ Side by Side

Hamilton is a musical brimming over with memorable moments. Emotions hits viewers every which way from the first song until the beautiful ending. And now that Hamilton is on Disney+, we’ve all had time to rewind and soak in our favorite songs. YouTuber Ye Olde Bard has done more than relive the story. They’ve cut together an edit combining one of the most powerful pieces in Hamilton, “Satisfied,” with the two songs it references: “A Winter’s Ball” and “Helpless.” 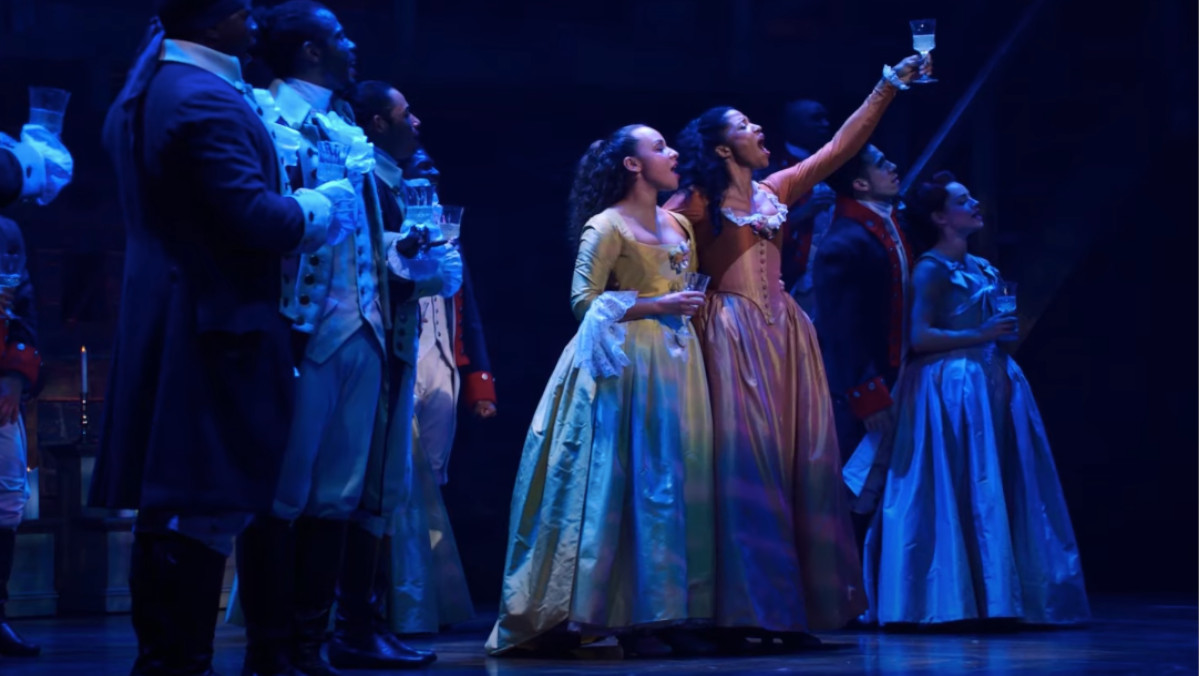 Angelica Schuyler (Renée Elise Goldsberry portrays her in this performance) starts singing “Satisfied” at Eliza and Alexander’s wedding. She toasts her sister’s new marriage and the revolution, but as she begins the song, she thinks back to when she met Alexander and what could have been. She freezes on stage as the entire company moves backwards through the events of the previous two songs, when Eliza and Alexander fell in love, and relives her first encounter with Alexander. This flashback of sorts is beautifully executed. And along with the poignant lyrics and Goldsberry’s powerhouse performance, the whole song just soaks into your heart.

The above edit puts “Satisfied” side by side with the moments Angelica references in the previous songs, and it is actually pretty special to see them all put together. Watching them directly next to each other like this makes “Satisifed” and its choreography even more effective for me. The emotional stakes increase as well. I also appreciate how the actors nail those repeated interactions the same way each time. And… well, now I want to watch Hamilton again.