New World Record Holder for Most Funko Figures Has Over 7000

It wasn’t too long ago that we brought you the story of the Guinness World Records holder for having the world’s biggest collection of Funko Pop! vinyl figures. Well, that old record has now been toppled. Meet our new record holder, David Mebane from Knoxville, Tennessee. His collection of a whopping 7,095 Funko figures was recently verified, making him the new reigning champ for 2021. That’s 2,000 more than the previous record-holder!

Mebane has been building his collection since 2014, around the time Funko began producing Pop! figures for nearly every pop culture property. In fact, he has 126 figures signed by various actors and creators. And he buys somewhere between 20 and 30 different Funko figures per week. In the video above, you can take a tour of Mebane’s home and see just a fraction of his truly epic collection.

Mebane is a record holder for his Funko collection, but he is clearly a horror fan first. It was horror Pop! figures that got him into collecting back in the day. And you can see his love of all things related to horror cinema in his home. (He cites Jaws as his favorite film). From horror Funko figures, he started to branch out into musicians, comics, movies, TV, and wrestling. Considering most of his Funko figures are still in the box, they take up almost every inch of his house. 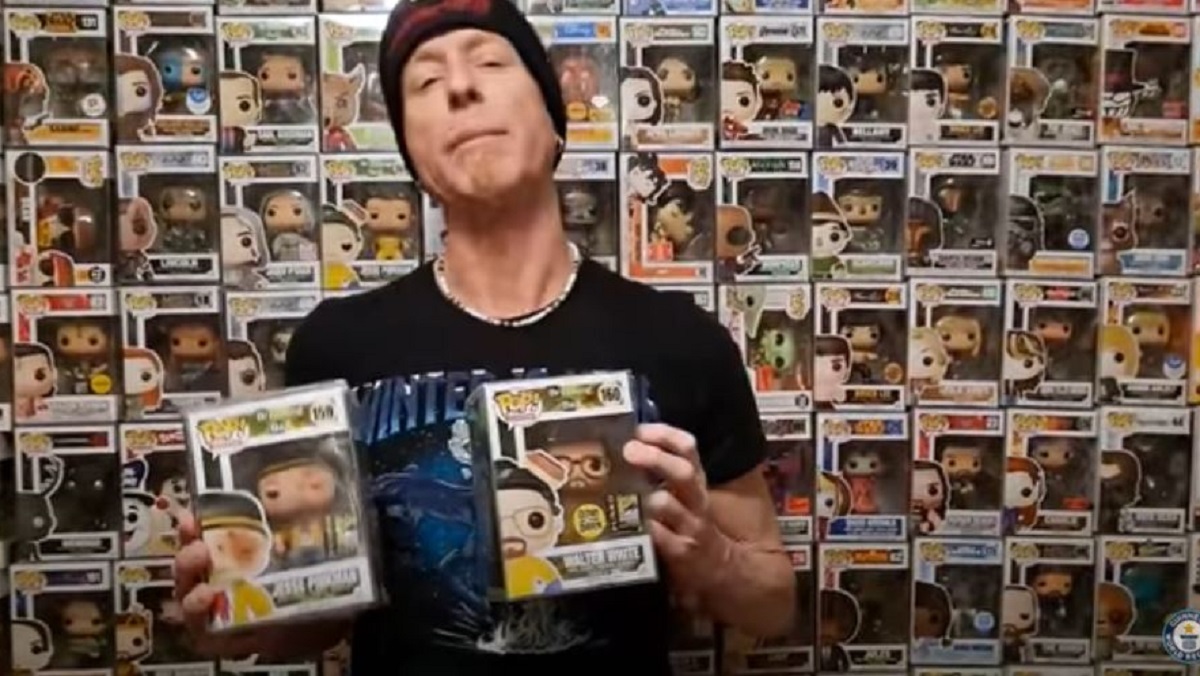 Aside from the standard Funko sizes, he also has the large 18″ figures, along with the more recent Funko sodas. But as a pop culture connoisseur for twenty-five years, he also has lots of other kinds of toys. Mebane’s Funko collection has now consumed his former bedroom. We think he’s going to have to get another house soon for all this Funko goodness. Or else some other collector is going to sneak up behind him and take his newly won title.