Pardon Us, But We Tried the Grey Poupon Mustard Wine - Nerdist

Pardon Us, But We Tried the Grey Poupon Mustard Wine

I’m about as far from being a sommelier as anyone. My knowledge of wine consists of the following: I don’t like reds. I can tolerate some whites. And you serve the former at room temperature and the latter chilled. I think. I do love weird food and drinks though. So when The Kraft Heinz Company announced its new Grey Poupon wine, a Viognier made with mustard seeds, I knew I had to try it. Fortunately for me the company was kind enough to send me a bottle. And Grey Poupon wine lives up to the hype – the hype that this is one bizarre beverage. Just not for the reasons you’d expect. 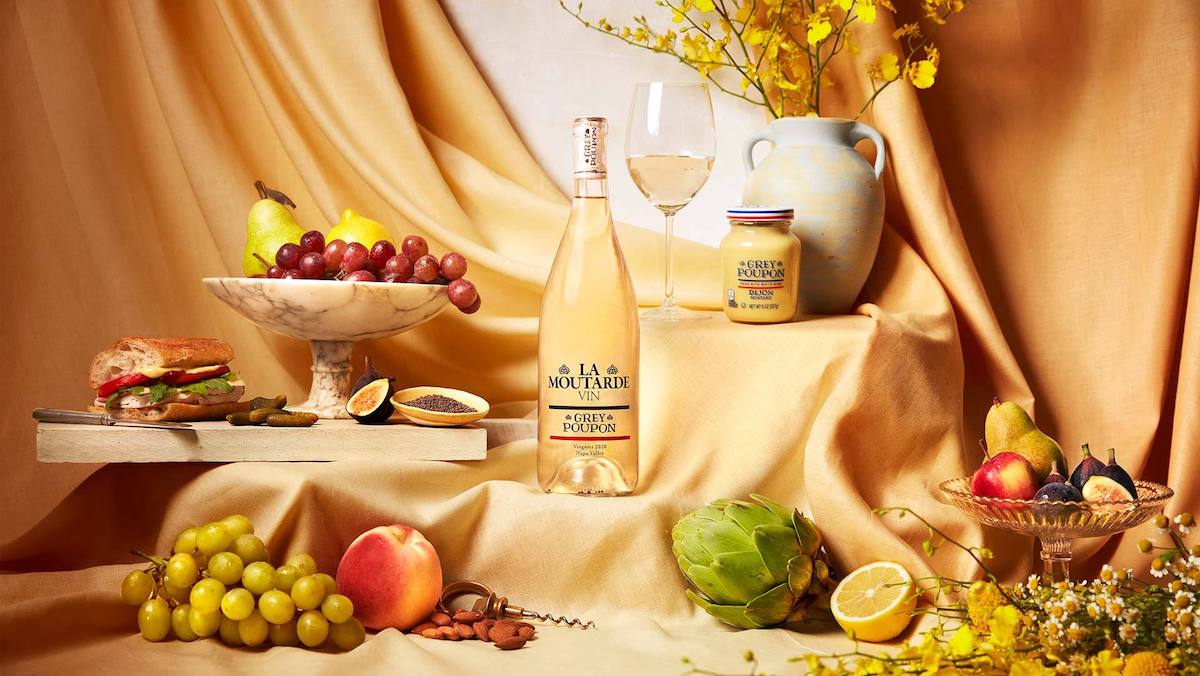 If you had no idea what Grey Poupon is and opened up a bottle of La Moutarde Vin I’m not sure you’d know it was anything out of the ordinary. Minus the handful of mustard seeds floating at the bottom that is. It smells like a typical white wine and not a bottle of mustard. It also looks relatively normal, sporting just a slight yellowish hue. (It’s not as yellow as it looks in some official photos.)

The initial flavor on the tongue isn’t weird at all either. The “pronounced citrus and floral characteristics” promised in the wine’s official description serve as the initial taste. Things take a turn quickly though, as you’re then hit with the wine’s “bright hints of spice.” It’s less of a “bright hint” and more of a blinding flashlight in your face. This is a spicy wine. That’s not necessarily a bad thing though. Those who want something with a punch will enjoy this atypical blending of flavors. I have never wanted a spicy wine in my life. (Sangria is my “wine” of choice). But I this spice is pretty nice. 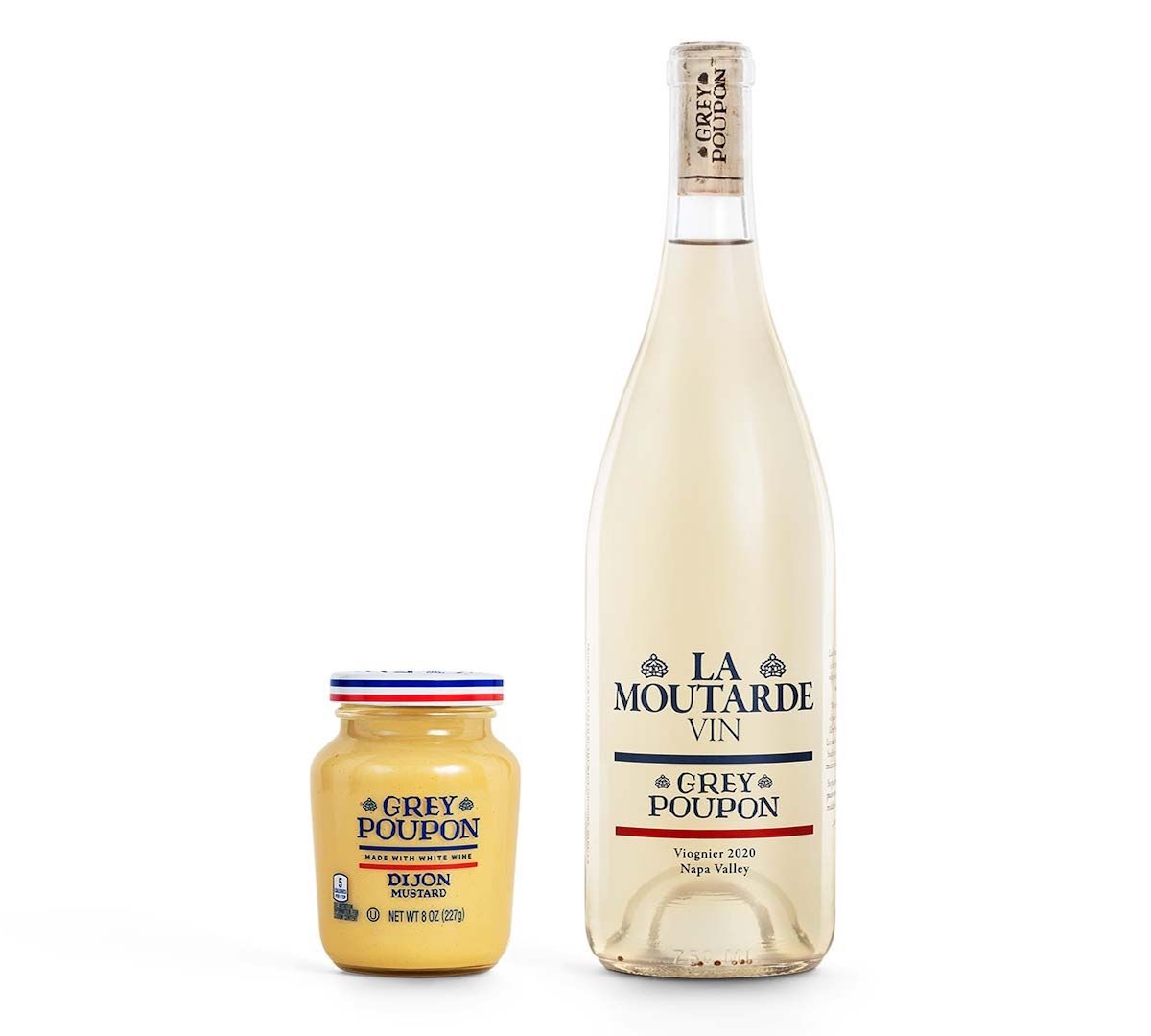 However, things get bizarre on the backend. And not in the way you think. After that general spice kick you get to the wine’s “vibrant acidity,” which in this case is more akin to the blast of light an atomic bomb generates. It’s downright strange how acidic this wine tastes. It’s not in any way “balanced” as described. Thanos would be very angry over this level of acidity.

It’s only as you finish your sip that you finally taste the infused mustard seeds. It’s not subtle or overwhelming. I would not have been unable to recognize the exact flavor though if I didn’t already know what went into this wine. You might actually need to be a sommelier to blindly peg “mustard” as an ingredient. But if you know it’s there you’ll recognize the distinct taste. 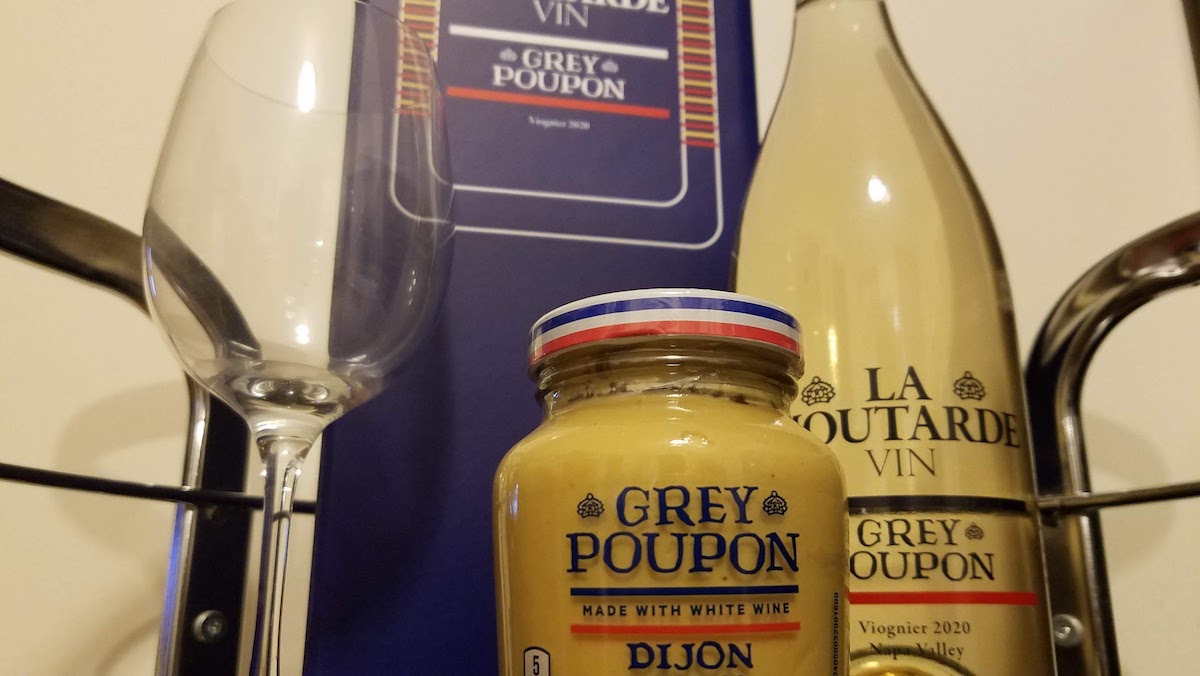 This might not sound like the most encouraging review. But I had two glasses when I tried it the first time and I enjoyed the second glass much more than the first. I was pleasantly surprised by Grey Poupon wine, acidity problems and all. The problems began the next day after I chilled it in the fridge overnight. Because while the Grey Poupon white wine was at worst interesting and at best pretty decent at room temperature, it was undrinkable cold.

Despite a recommended serving temperature of between 54 and 60 degrees Fahrenheit, I only got through two sips of a chilled pour. It was like the cold squished all the flavors together and the acidity took over the entire sip. Only this time with an overwhelming generic spice mixed in. Pairing it with actual Grey Poupon didn’t help either. I didn’t elect/have time for any of the four official recipes suggested as good pairings. I drank this glass with a turkey sandwich made with the actual mustard. Ultimately I’m keeping the Grey Poupon jar that came with my wine. But I’ll be sharing the rest of the bottle with curious friends. 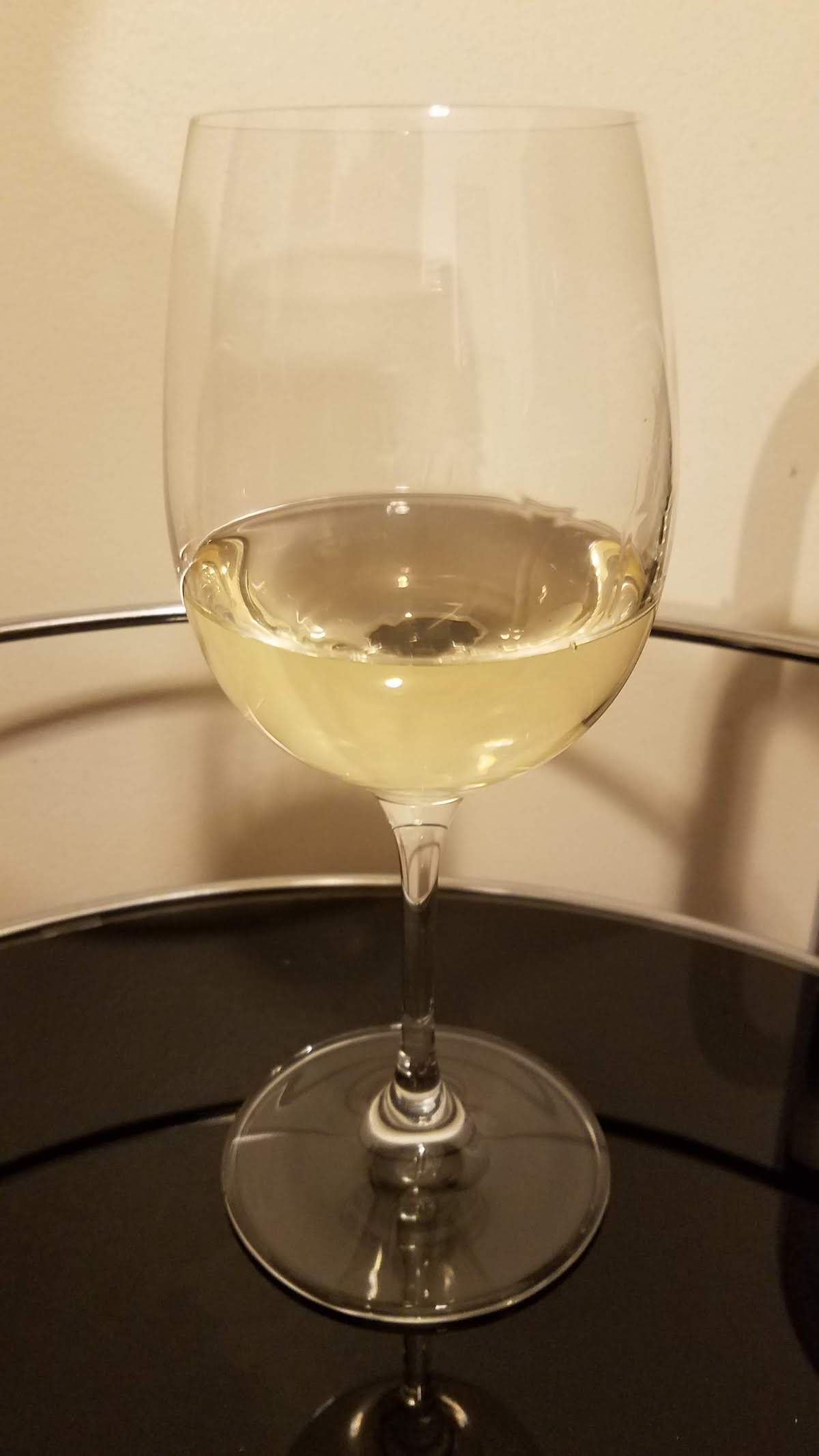 And that’s the best way to enjoy this wine. I don’t recommend it as a standalone wine to drink at the end of a long day. Not unless you really love spice and mustard. And I wouldn’t serve it at a fancy dinner, or even a regular dinner for that matter. But I would buy it for any condiment enthusiasts in my life. Or for any loved ones who, like me, enjoy trying strange foodstuffs.

Grey Poupon mustard wine is inherently a novelty drink promising something strange. And it delivers on the weirdness in an unexpected way. At least it does at room temperature.

Mikey Walsh is a staff writer at Nerdist. You can follow him on Twitter at  @burgermike, and also anywhere someone is ranking food or Targaryen kings.