I don’t remember the first time I heard about New Coke, but thanks to frequent pop culture references I’m sure I was generally aware of it before high school. That’s when my two decades long obsession with trying it began. College lessons on why it was a historic failure and Malcolm Gladwell’s writing about it in Blink only made me crave it even more. How bad could New Coke actually be? Was it the worst thing ever? What if it was good? And how did a soda become the epitome of brand catastrophes? The whole story seemed too insane.

Then this year Netflix and Coca-Cola announced a partnership that would make that happen. Stranger Things 3 takes place in the summer of 1985, exactly when New Coke was released for 79 disastrous days. Coca-Cola’s historic bomb was returning as a limited time crossover promotion. I didn’t hesitate to order mine, and after all these years of wondering, I can say I have finally tried New Coke.

And now I don’t know why I ever cared. It’s exactly what it was always going to be: a soda. A stupid, mediocre soda. 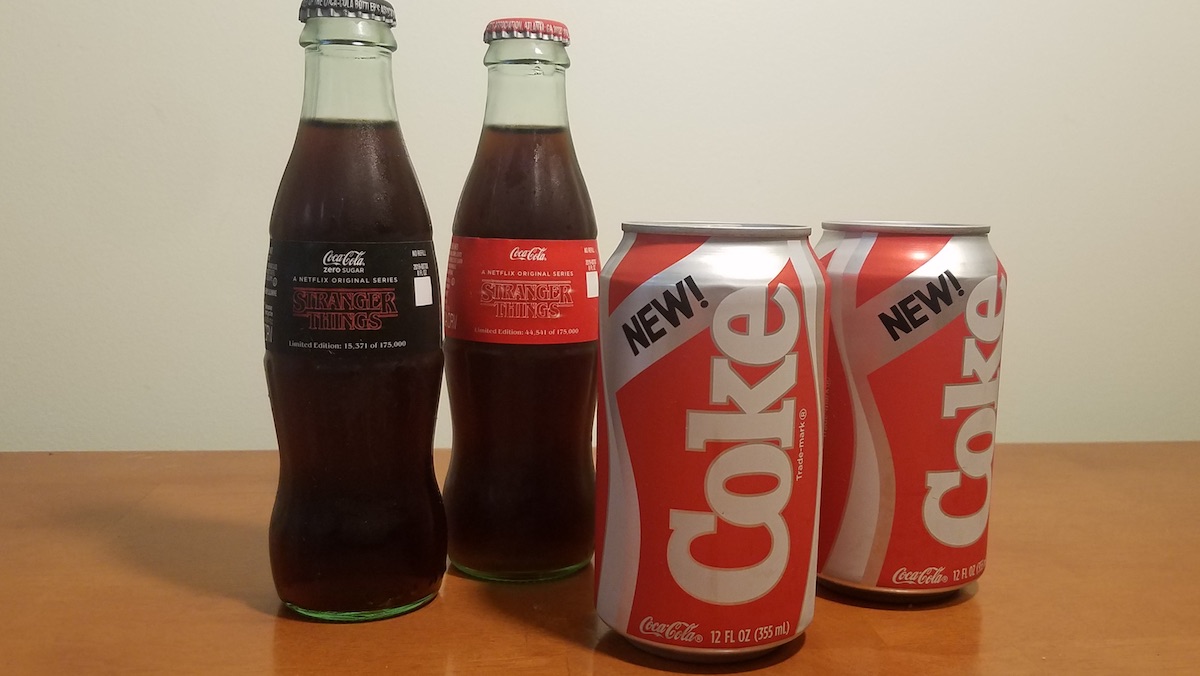 I didn’t know this when I excitedly set up a big taste test to try it for the first time. As Gladwell writes in Blink, New Coke was a shortsighted response to the “Pepsi Challenge.” Coca-Cola’s own internal studies confirmed that in sip tests their old Coke formula lost to Pepsi, and they freaked out. The problem is sip tests are misleading. When you only have a taste of something your brain enjoys sweetness more, which is why Pepsi won. But when people drank an entire can–you know, the way people actually drink soda–they easily preferred Coca-Cola.

To test this myself, I set up five different soda products to see how my wife and I would each rank them. It included Classic Coke, Coke Zero, New Coke, Pepsi, and a generic coke.

Here’s what I learned: I’m a moron.

Blindly sampling five different sodas at once was effective as fighting a Demogorgon with a waffle. They all sort of blended together, slight variations of the same general sweetness and flavor profile. I ranked Classic Coke last, behind the gross generic and Pepsi, which I don’t even like. My wife ranked Classic Coke first. Even when I limited it to “New Coke versus Pepsi” and “New Coke versus Classic Coke” it didn’t matter. You can try them both and like one better, then do another round a minute later and get the opposite results.

One of the most popular brands in the world changed their entire product because of this garbage test? No wonder people still talk about New Coke as the definitive product failure.

The next day, after a soda stomach ache, I sat down to drink an entire can of New Coke like a normal person, free of the distractions from my sip test. It was much worse.

New Coke is way too sweet, and it’s much thinner and less satisfying than Classic Coke too. It tastes like a bad generic soda. It’s definitely not preferable to drinking Pepsi, and it’s clearly inferior to the Classic recipe. It even has a weird mouthfeel. Somehow it tasted “unnatural,” like a knockoff with weird chemicals. 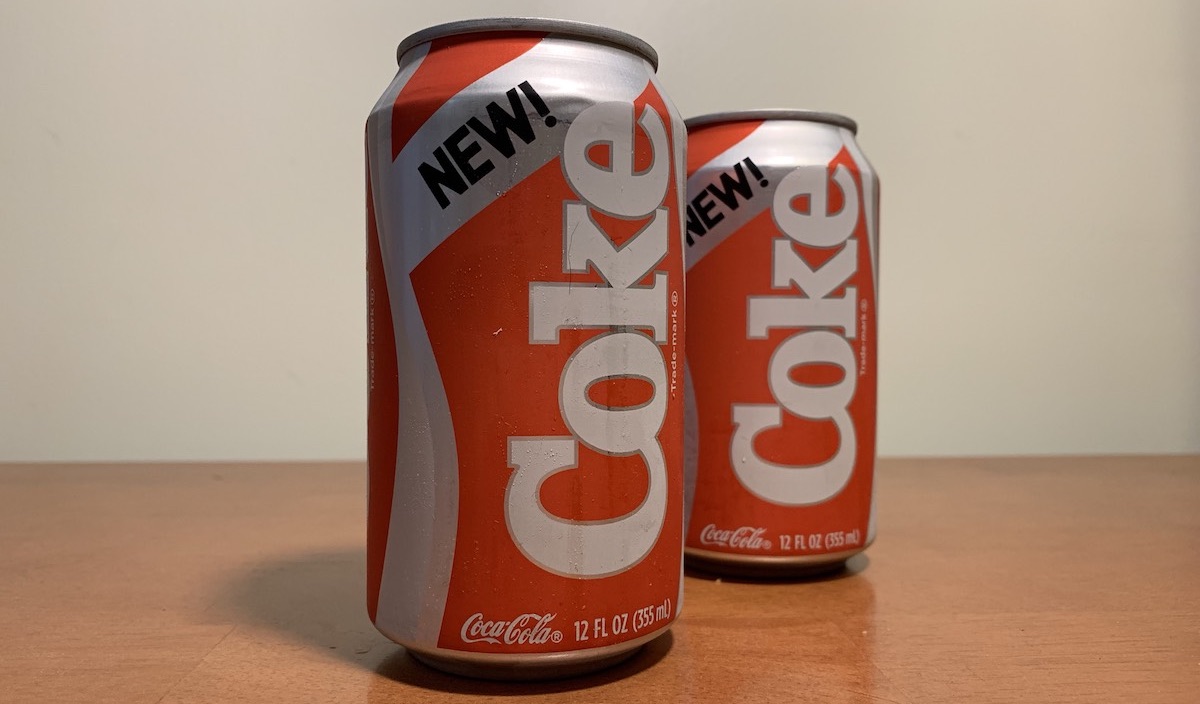 I spent twenty years obsessing over something that was never going to exist. It was never going to be awesome or horrible. Hell, I tried Crystal Pepsi when they brought it back and it was pretty gross, not yet “historically” gross. Somehow I learned nothing from that. Nothing. It’s all just sugar water.

just a couple thirsty boys having a night out in 1985 pic.twitter.com/lE6I2Fa04U

What have I learned now? That FOMO can extend across generations and logic. I wasn’t even two when New Coke was released, yet teenager me felt robbed of that experience, and adult me never took twenty seconds to realize how stupid that was. So what is the lesson? New Coke wasn’t the worst thing ever, but it wasn’t very good, and you have better things to do in life than spend time, money, or energy thinking about it. My two decades were basically the longest sip test ever: a deception that ended in disappointment. I won’t make that mistake again.

Unless Coca-Cola brings back OK Soda. I’ve been waiting almost 25 years to try that again.

Mikey Walsh is a staff writer at Nerdist. You can follow him on Twitter at @burgermike, and also anywhere someone is ranking food or Targaryen kings.