Does This Old Marvel Video Game Hint At Gamora’s Return in AVENGERS: ENDGAME?

The Marvel vs. Capcom franchise has been delighting fans since 1996’s X-Men vs. Street Fighter. Since then it’s become a massive touchstone in fighting game communities with eight titles in total, the most recent being 2017’s divisive Marvel vs. Capcom Infinite. Though it may not have pleased every fan, we have noticed something which seems to connect the game to Avengers: Endgame and might even hint at the fate of the apparently dead Gamora.

The Avengers: Endgame trailer has plenty to pick apart–which we’ve done extensively–but one of the biggest talking points has been the reveal of Tony, Rhodey, Steve, Scott, Nebula, Clint, and Natasha wearing white body armor with red highlights. Some have theorized this gear might have been specially created for the purpose of heading into the Quantum Realm that was introduced in Ant-Man and expanded on in Ant-Man and the Wasp. It’s also the last place we saw Scott Lang after he was trapped in there during Thanos’ Decimation.

So what do these suits have to do with a crossover fighting game from two years ago? Well, if you take a look at those new costumes they are almost identical to Gamora’s armor from Marvel vs. Capcom Infinite. Now, of course, this could mean nothing at all. But it does seem like a very big coincidence, especially because in the game’s canon she was trained by Thanos to kill the evil side of Adam Warlock known as the Magus, a character central to Marvel’s The Infinity War miniseries from 1992. This gives the video game version of her a direct comic book connection to the stories which inspired Avengers: Infinity War and Endgame.

The white and red suits seem to be a key part in whatever plan the Avengers have going forward in Endgame, as we’ve not only seen them in ads, but also on the leaked images of action figures based on characters who aren’t in the trailer sequence, including Thor and Valkyrie. This similarity could simply be a nod to the great design work that Capcom’s team did for Gamora, or it could hint at an importance that the character will play going forward. 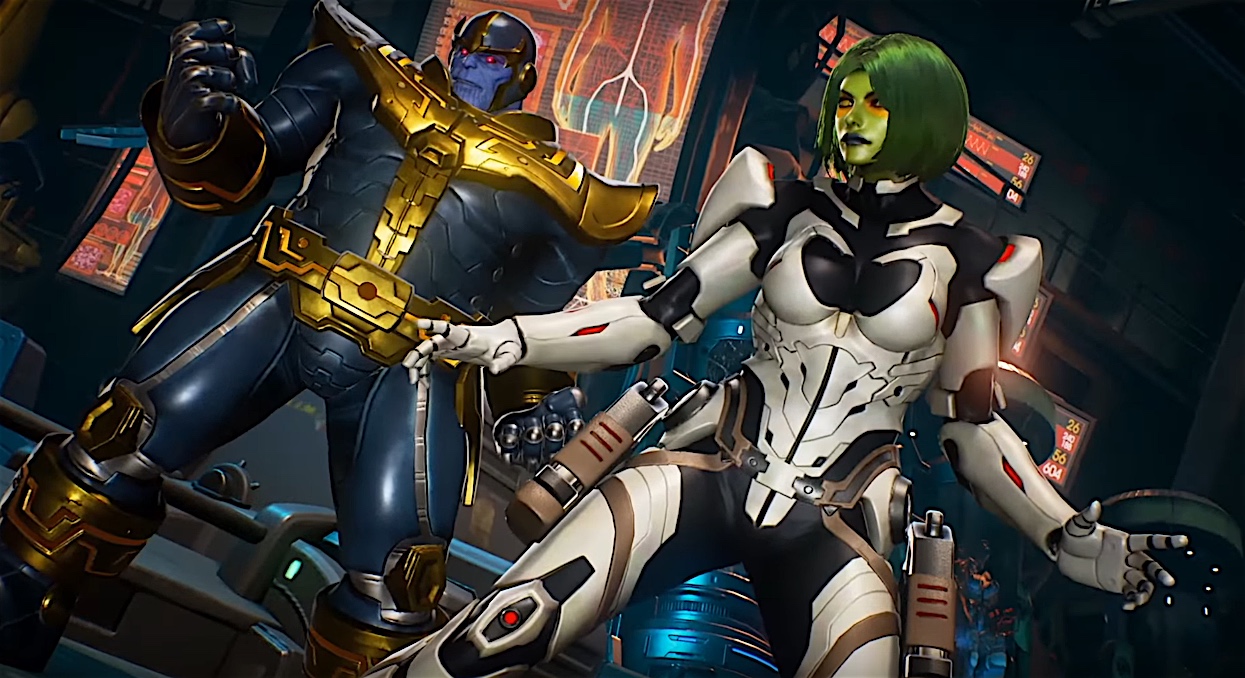 As far as we know, Thanos killed Gamora in an attempt to appease and claim the Soul Stone in Avengers: Infinity War. But as anyone familiar with the comics can tell you, characters often live on inside of the magical gem. This is something which Adam Warlock has done–a character whose story has always been intertwined with Gamora–and would be a way of bringing the beloved green warrior back, especially as Marvel’s Infinity Wars crossover comic series last year saw her become a villain of sorts, seeking to acquire all of the Infinity Stones. While that might seem a little random, Marvel has made a habit of introducing concepts and themes in the comics that they will explore in the MCU too.

Although this doesn’t seem to directly connect to the white and red costumes, there’s a chance that the Endgame team discovers a connection that the Quantum Realm holds to the universe inside the Soul Stone, commonly known as Soul World. If that’s the case, perhaps the team will save Gamora and she will join them in their new look before saving the universe. There is also, of course, the chance that everyone who was dusted might still be exist in Soul World, in which case the white suits might have been invented simply to try and access the alt-universe!

Whatever the reality (gem) of the situation, we’ll find out soon when Avengers: Endgame hits on April 27.