What Does The Name of THANOS' Snap Tell Us About AVENGERS 4? - Nerdist

What Does The Name of THANOS’ Snap Tell Us About AVENGERS 4?

As the world awaits the trailer for the highly anticipated next installment of the sprawling blockbuster Avengers franchise, Marvel has been leaving a trail of breadcrumbs in the pages of the comics and books which have inspired their cinematic universe. It’s fitting yet ironic that some of the seemingly smaller gaps of the Marvel Cinematic Universe are filled by the medium that holds their source material, from the fact that Shuri is the smartest person on Earth to the most recent reveal about the in-universe name of Thanos’ notorious snap in the young adult tie-in novel, Marvel’s Avengers: Infinity War: The Cosmic Quest Volume Two: Aftermath.Though the name â€” â€œDecimationâ€ â€” may just sound like a less catchy name for “The Snap,” it’s actually a term that has massive significance in the comic book Marvel Universe. The original Decimation was the title given to the comics that spun out of the devastating, cataclysm of House of M. For those who didn’t read that controversial limited series, the story focused on Scarlet Witch who, after being manipulated by her father Magneto and Brother Pietro, utilized her massive powers to create a world ruled entirely by mutants. But once she witnessed the massive ramifications of her actions, she spoke the terrifying and world altering phrase “No More Mutants.” 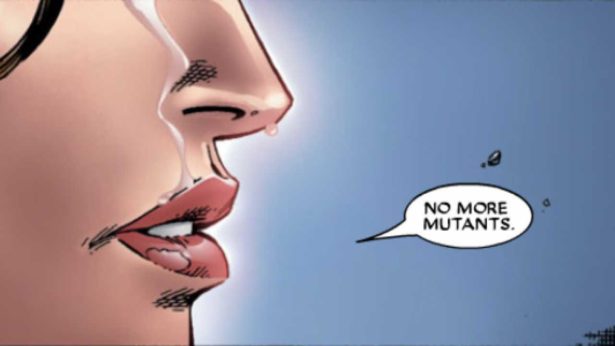 Decimation was the fallout from those three words and saw a Marvel Universe in which almost every mutant was eradicated. According to the comics at the time, there were 198 active mutants living after Scarlet Witch’s decimation, which turned out to be more of a symbolic number than a real one. This might sound familiar to those of us who were traumatized by losing their favorite characters inÂ  Avengers: Infinity War. After Thanos clicked his gold-clad fingers, half of the population of the Marvel Cinematic Universe disappeared, just like when Wanda spoke the words that erased most of the mutant population.Marvel is known for using reusing titles and slogans–pretty much every team has been Disassembled at this point, and there are fairly regular events based around variations of the term Secret Wars–so this could just be another example of that. The movies have played with this history with titles like Age of Ultron, Infinity War, and Thor: Ragnarok holding little similarity to the comics of the same name, whereas Captain America: Winter Soldier was an almost direct adaptation of the book. When it comes to the importance of “Decimation,” the two storylines hold a certain amount of similarities, and it could even be an unintentional hint that Scarlet Witch and her unbelievable powers could hold the key to fixing the mess that Thanos has made. 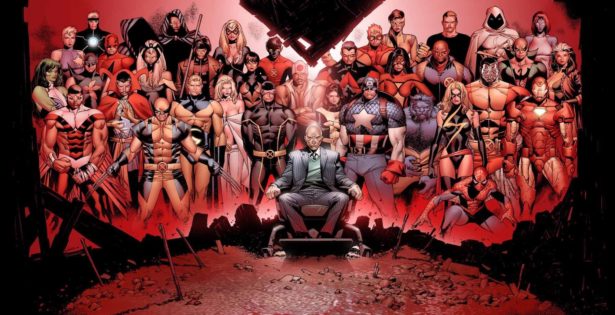 There’s a (pretty likely) universe where Thanos’ “Snap” is the perfect key to introducing mutants into the MCU, in some kind of reverse House of M moment–especially now that it has this Scarlet Witch-centric name.There’s also a chance that we just discovered the yet-to-be announced title for the film; Avengers: Decimation does have a pretty epic ring to it. But for now these are just some fun observations about the biggest franchise in the world and the comics that inspired it.