“The dead are already here” in new photos for next week’s Game of Thrones, when the White Walkers and the living will meet at the Battle of Winterfell.

A showdown thousands of years in the making will finally commence on Sunday night, as Winterfell makes its stand against the Night King. It’s a battle that will be the longest ever filmed, and it has us absolutely terrified over our favorite characters’ chances of survival. The episode’s sneak peek gave us a glimpse of what we can expect, but newly release photos for the episode give look even more ominous.

Brienne and Jaime leading the Knights of the Vale at the left flank was included in the teaser video, and if they’re all going to die, they’ll dive bravely. 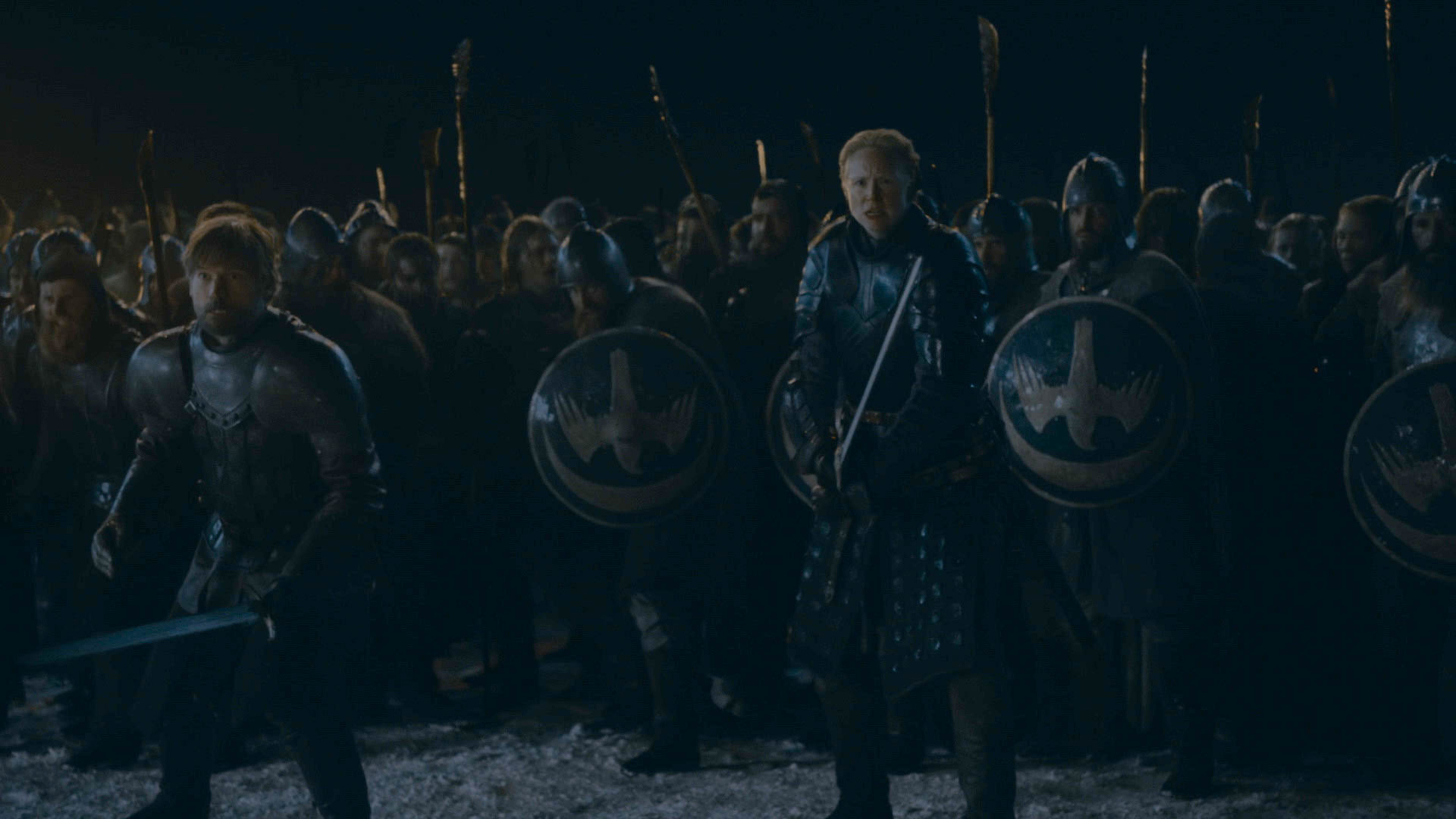 Although they might not be in any more danger than those who are hiding in the Crypt, which includes Tyrion and Varys. 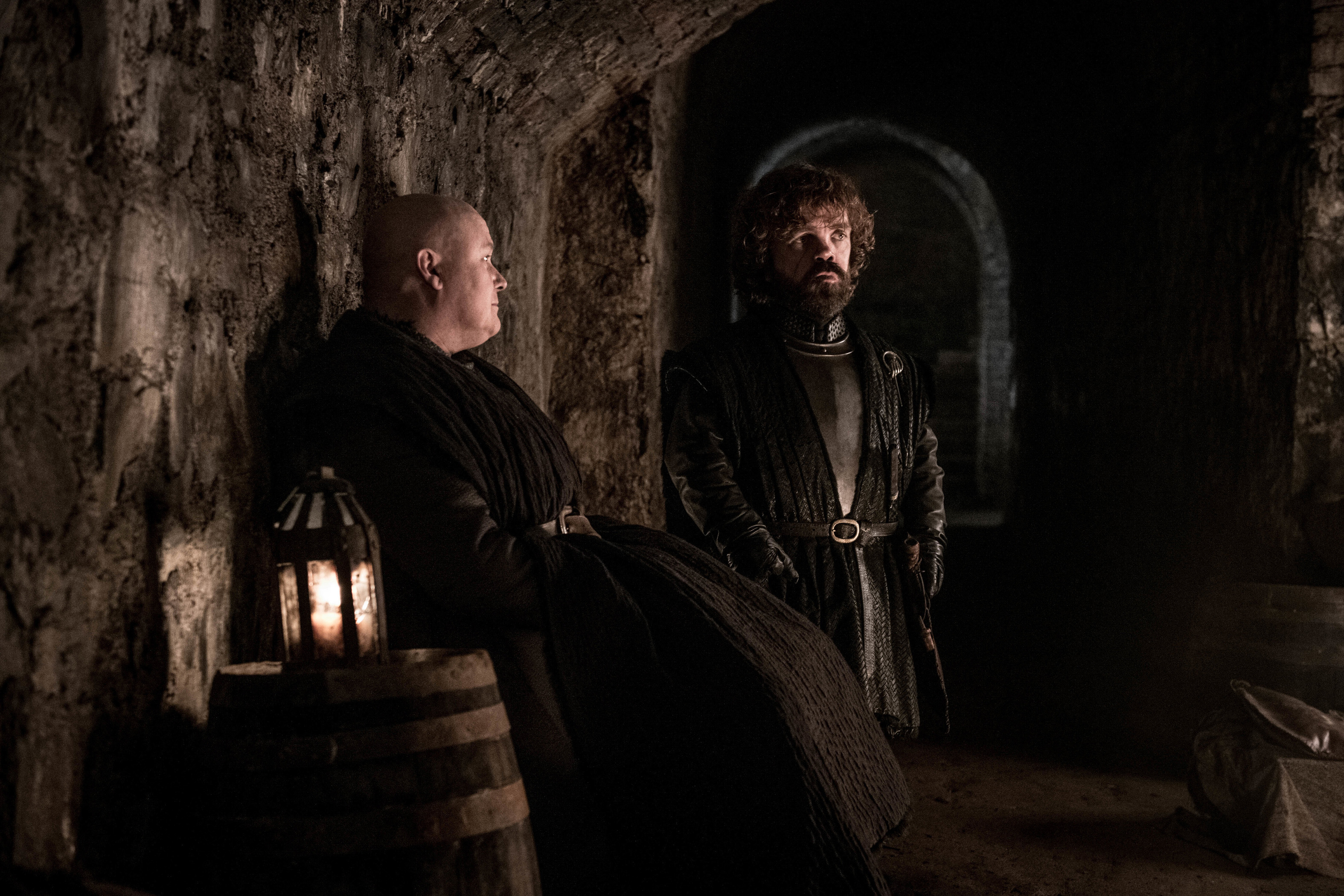 At some point, Sansa will also join them down there, which is reminiscent of when she hid with Cersei during the Battle of Blackwater. 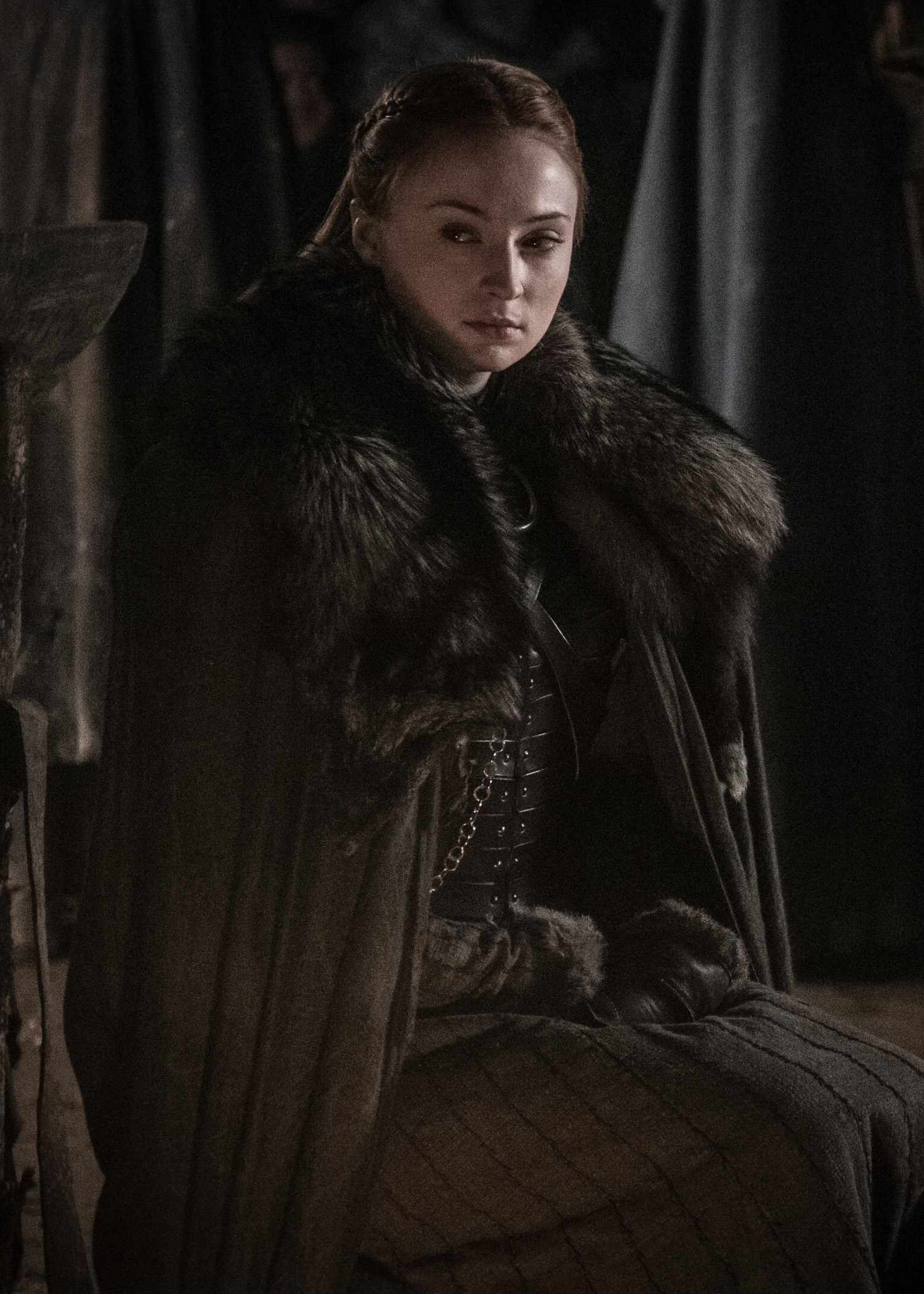 The question is whether Sansa will go there before or after this moment, when the Stark sisters stand on the castle’s walls. Sansa looks truly horrified. 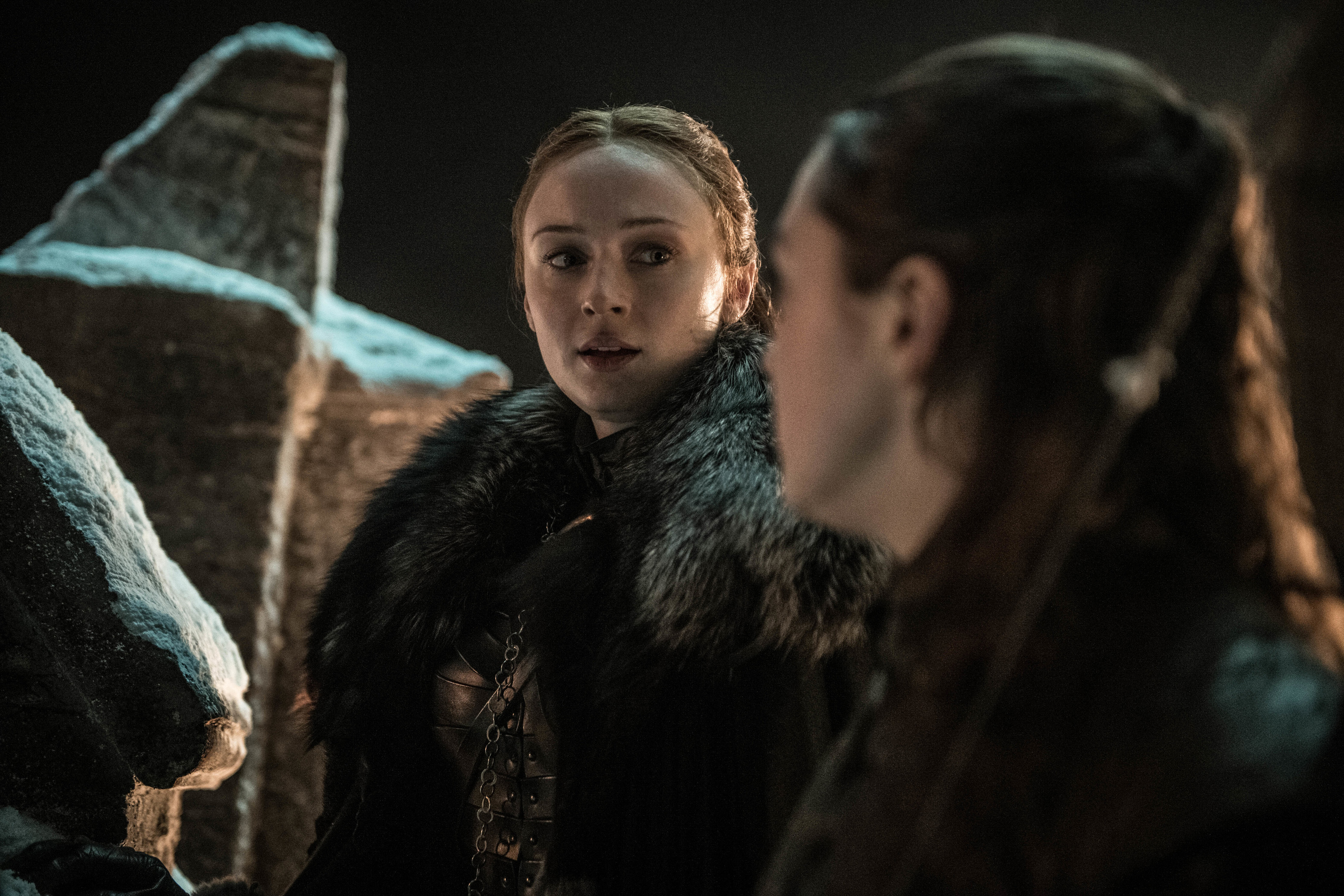 Our bet is that Sansa heads to the Crypt after this because Arya is not engaged in the Battle yet. We can’t imagine her staying out of the fray for long.

As for Jon’s questionable grand plan, this haunting shot of him and Daenerys overlooking the battle from afar, in hopes of luring the Night King into a Bran-trap in the Godswood, gives us an idea of just how outnumbered the living truly are. It also has us worried our fears the dead will be able to swarm the castle from the sides because they have put so many of their resources into defending a direct onslaught will sadly prove right. 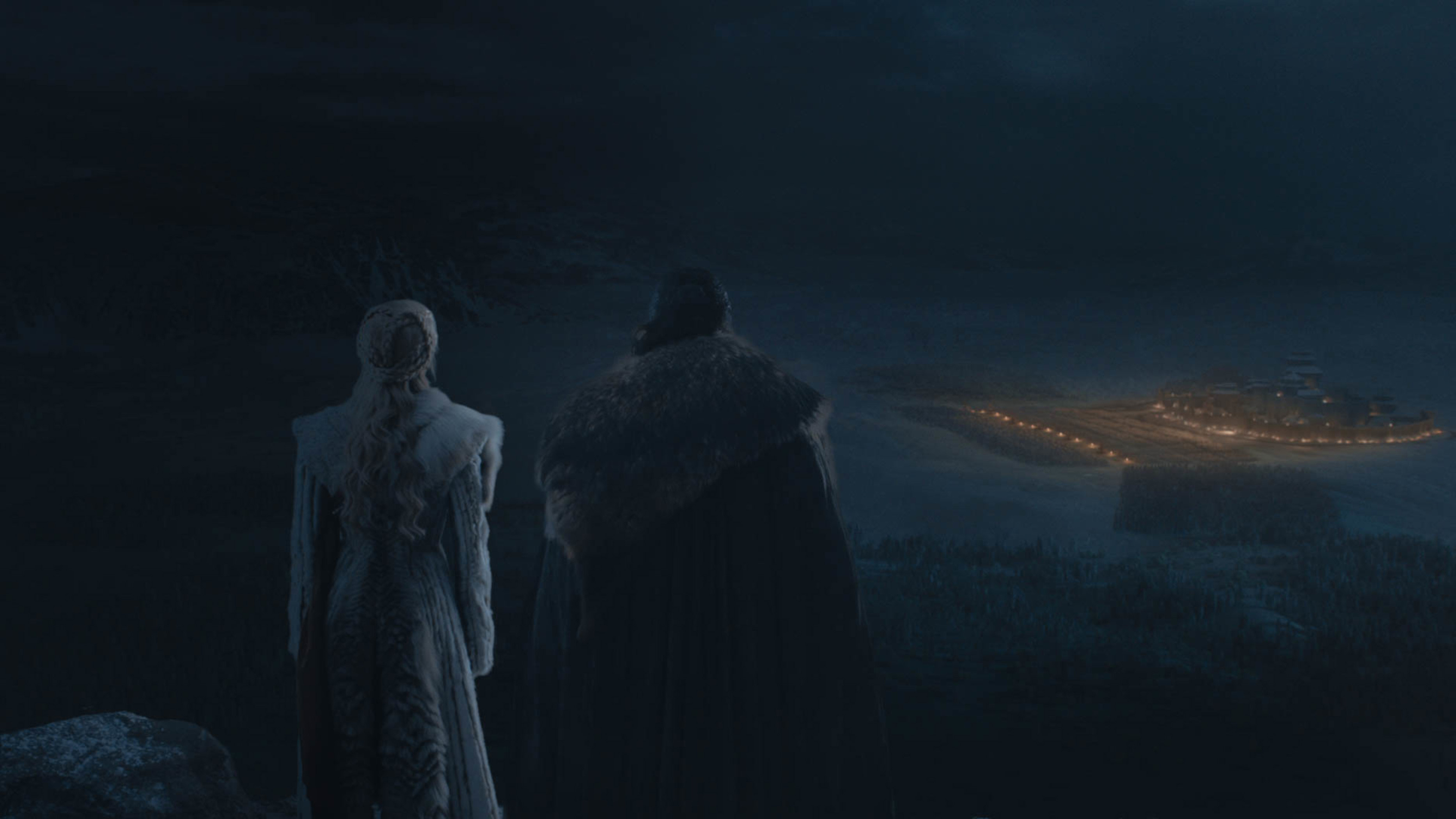 Jon won’t stay out of the fight for long, though. This shot shows when he does engage it probably won’t go the way he hopes. 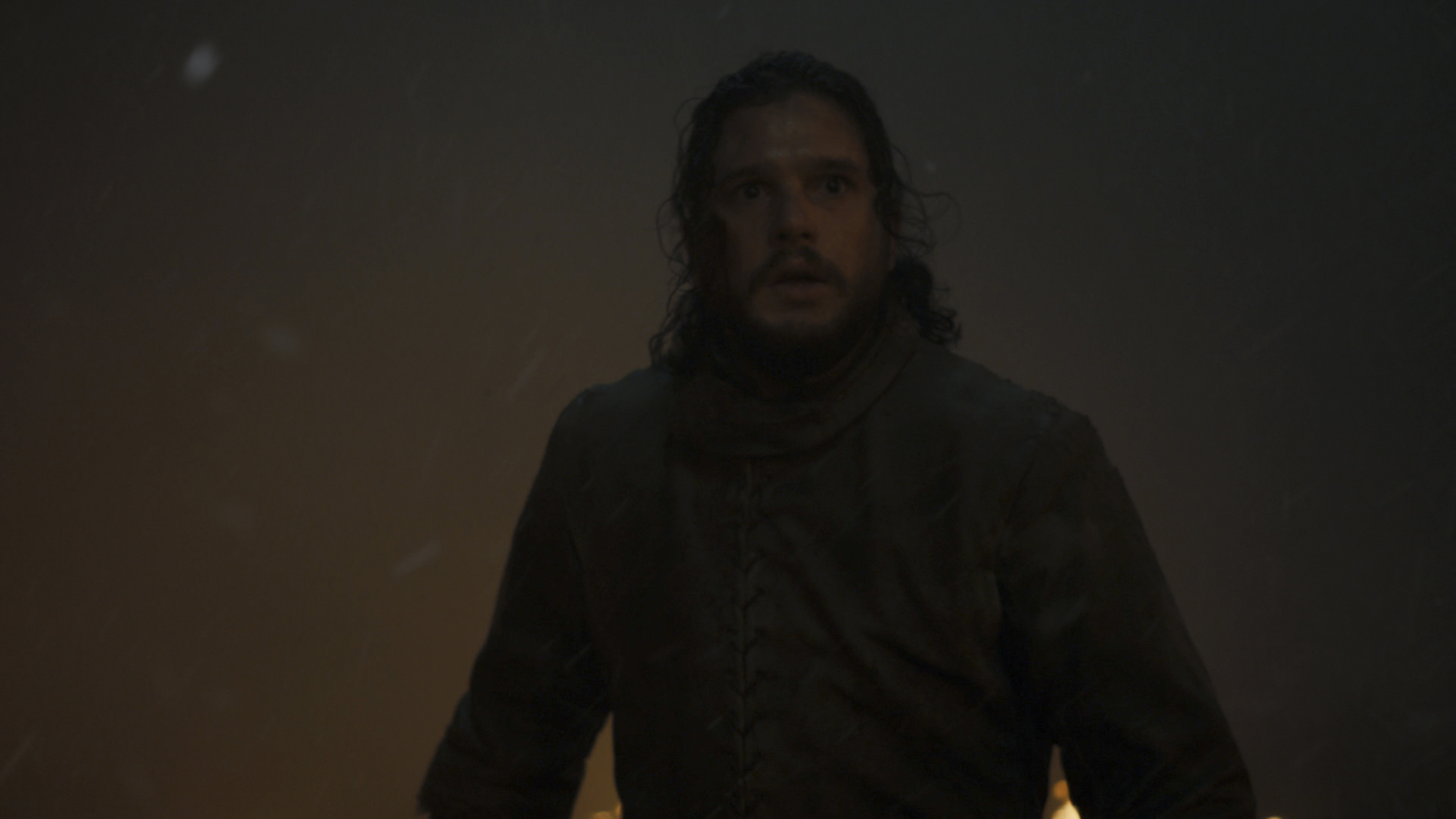 If this takes place where we think it does – the Godswood – the Battle of Winterfell could be the Night King’s greatest victory.

Curious about all the history of Game of Thrones you might not know? Check out our extensive lore compendium!