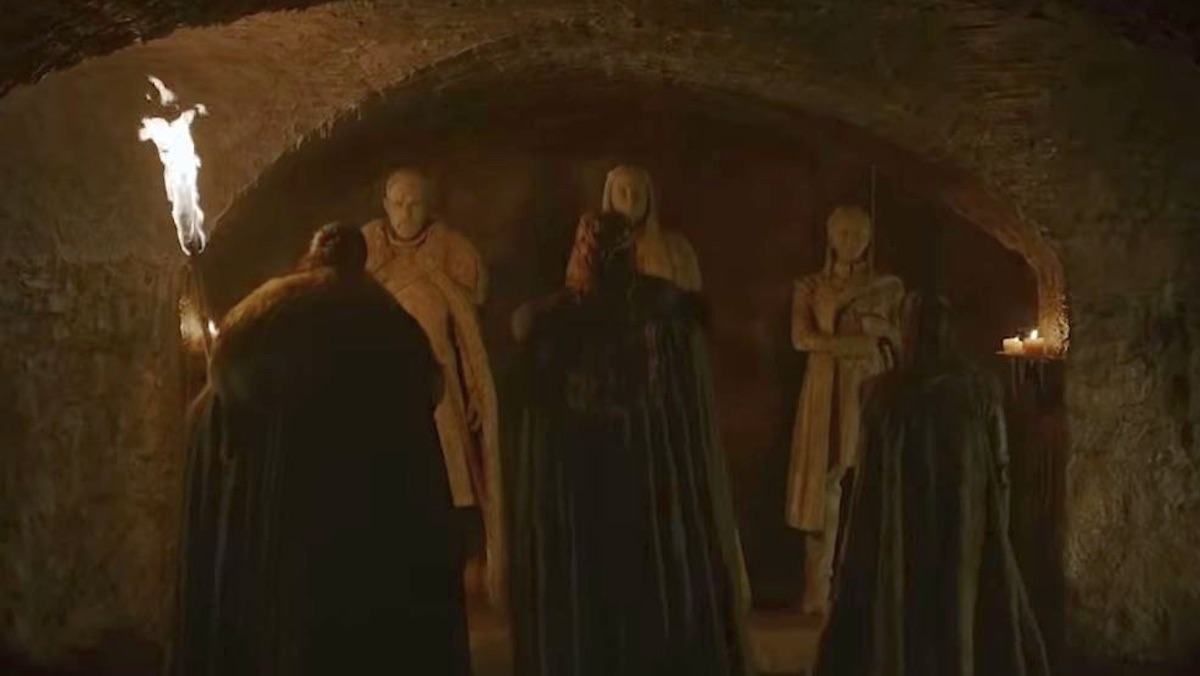 Winterfell’s Crypt is full of dead people, but after this week’s Game of Thrones it’s full of the living now too.

But for how long?

Characters said they were going to “the crypt” more times than Hodor ever said “Hodor.” Even still, the ancient Stark tomb feels like the most dangerous place to be during the Battle of Winterfell. And if all of those defenseless people are trapped there, they’ll end up the newest soldiers in the Night King’s army.

As much as the living need as many fighters as they can find, it makes sense they don’t want every breathing person on the battlefield. Children, the elderly, and anyone who would only get in the way of people who can fight would do more harm than good. With thousands of people who fit those descriptions huddled at Winterfell, it only makes sense to hide them in the safest, biggest place available – the crypt.

The problem is, when you put all of those people underground, there’s nowhere else for them to go. If Winterfell falls they will have no chance to retreat, and we know they won’t be able to fight their way out. Everyone in the Crypt will become a wight soldier for the Night King, and they will be the easiest soldiers he ever recruited.

It’s not as though it was just this episode that has us worried either. An ominous pre-season promo featuring Jon, Sansa, and Arya in the Crypt ended with the ice of the White Walkers consuming the tomb. We were concerned about what it was possibly telling us then. We’re downright terrified now.

The good news is there might be some hope of escape from the Crypt – kinda. Like many castles, Winterfell has ancient, hidden tunnels deep under it, put there in case the family’s Lords and Ladies needed to flee. They are a secret, though. So who would know about them? With so many loyal bannermen and servants to House Stark long dead, the only ones are the Stark children themselves (or Theon who grew up there). 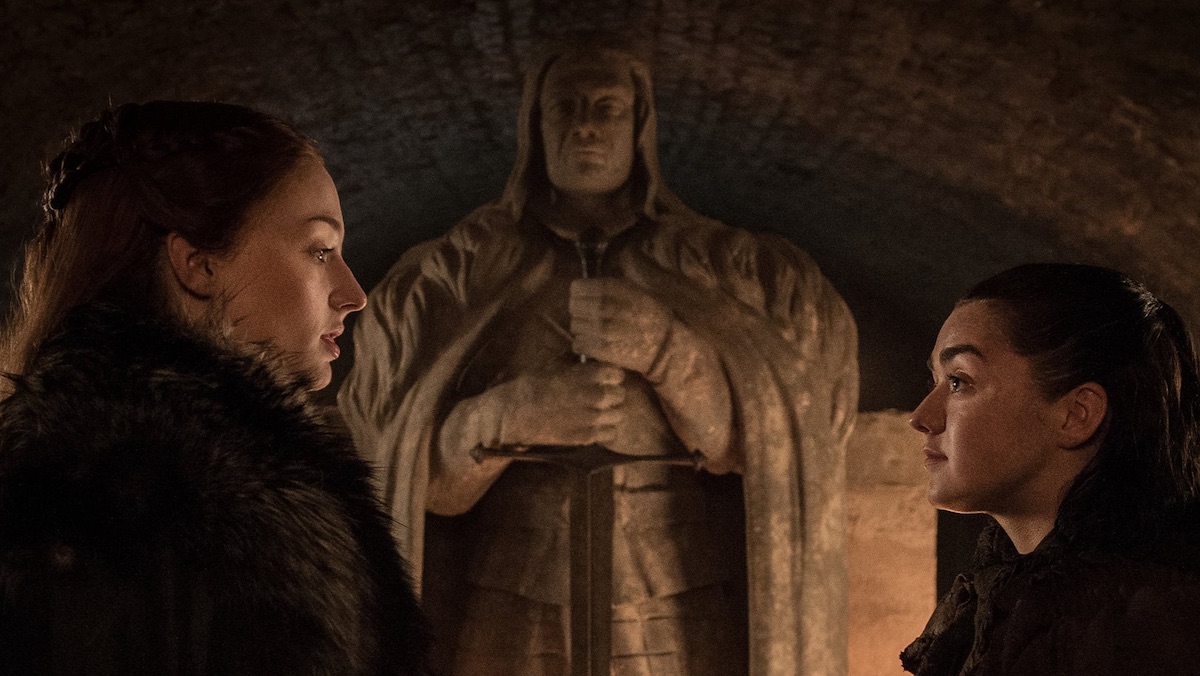 The problem is, even if such tunnels do exist somewhere in the Crypt, it’s almost certain the thousands of people down there will be unable to escape through them in time, at least not safely.

Even this hope comes with more terror. The Night King seems to know so much more than he should about Westeros. Could he also know about those same secret tunnels deep below Winterfell? If he does he can either close them off, trapping everyone in them until he is ready to take them into his army, or he could even send his soldiers into them. Not only would he get new fighters, he could then attack the living from outside the gates and up through the ground.

Winterfell’s Crypt is full of both the dead and the living, but soon it could be full of wights.

For more of Game of Thrones lore, check out our complete histories.