In past seasons of Game of Thrones, the penultimate episodes have always been the most explosive. At this point, it feels like the craziest ideas for what could unfold during the Battle of King’s Landing are the most likely. Here are seven wild predictions for the massive surprises Game of Thrones has waiting for us in its second to last episode. 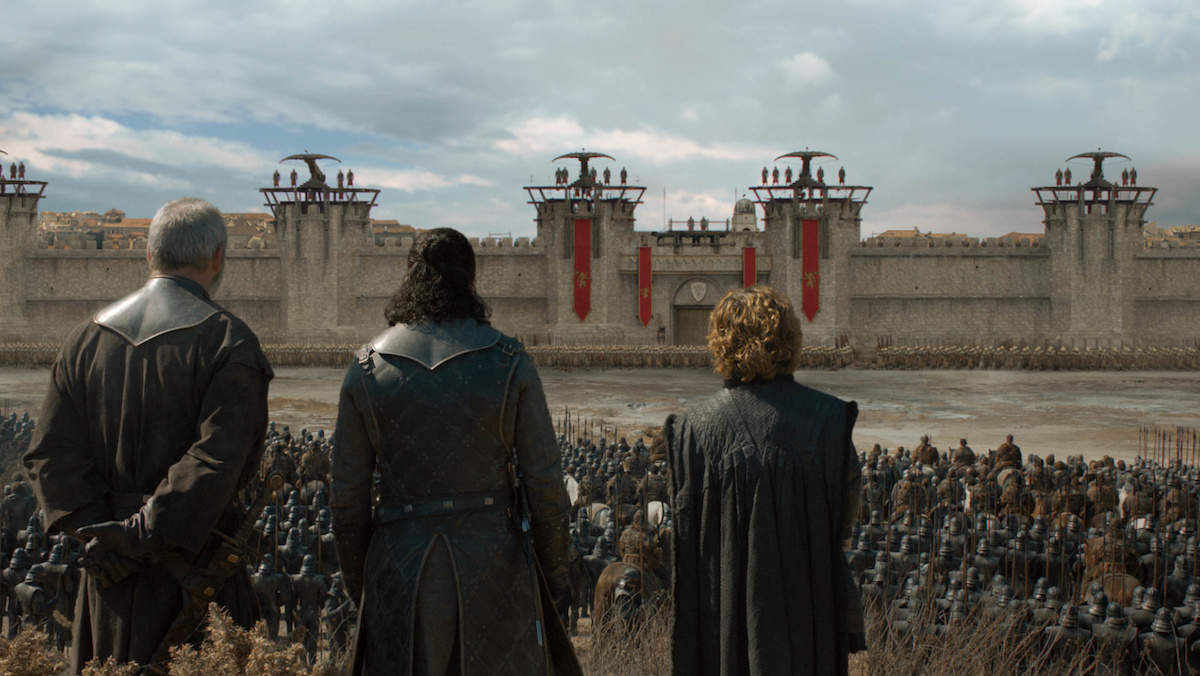 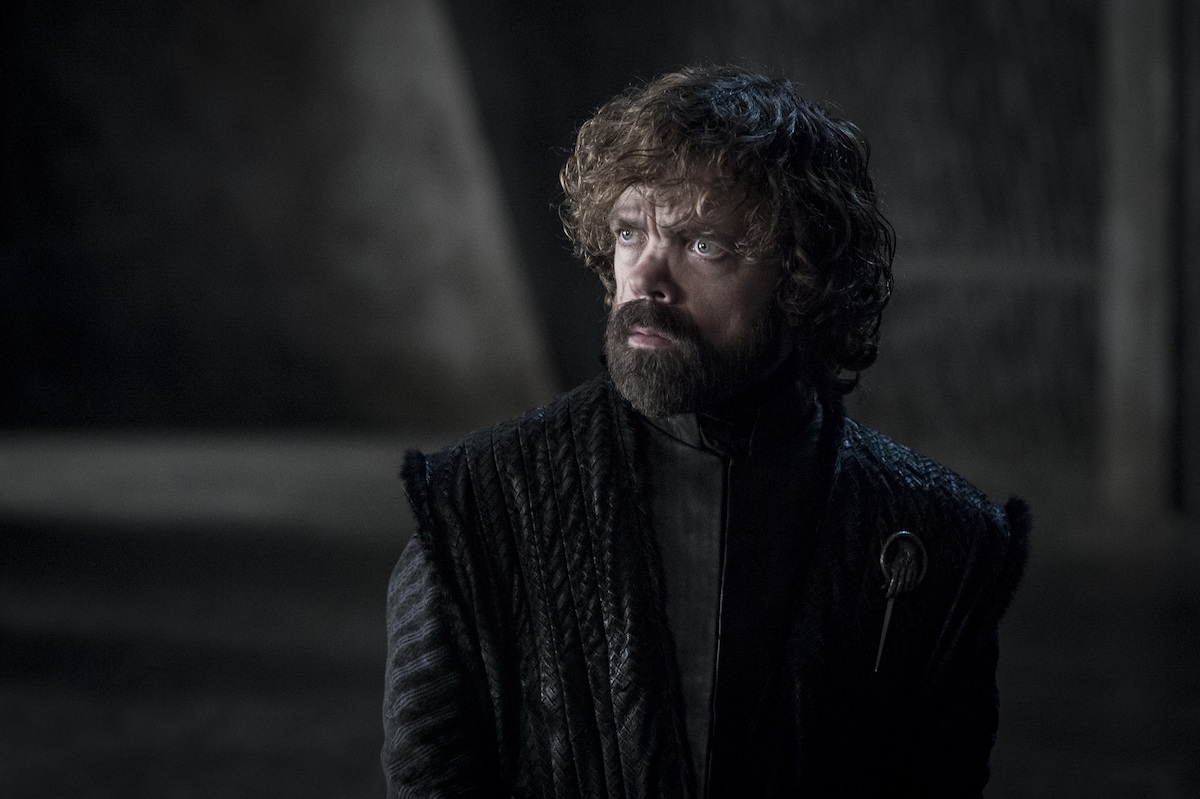 Varys, who serves Westeros and not any king or queen, wouldn’t give Tyrion any assurances he won’t kill Daenerys. If she does plan on destroying King’s Landing, the Spider won’t hesitate to betray the Mother of Dragons. But the tense conversation between her advisers also set up another betrayal: Tyrion’s betrayal—and murder—of Varys.

Tyrion told Varys he “believes” in their queen and that she will do the right thing. If it comes down to his trusted friend or the queen who restored his faith in the world, Tyrion will have to choose. It would be an ironic end for the spymaster if he were done in by the one friend he trusted over the years. 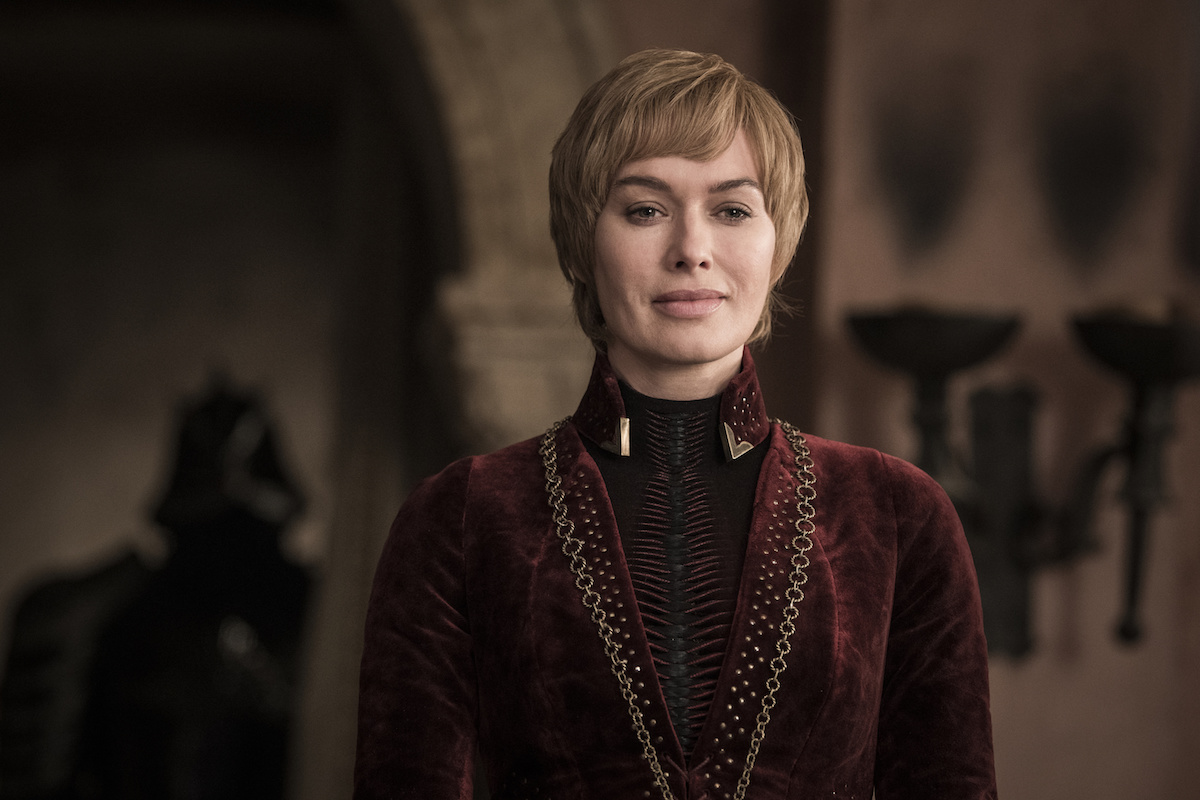 She’s the show’s best, most complex villain, and the “final boss” Jon and Daenerys have to beat to finally restore some kind of order to the Seven Kingdoms. Everything, even the defeat of the White Walkers, has been leading up to this final showdown for the very soul of the Realm. And Cersei might win it.

She already killed one dragon, and she has the numbers, giant crossbows, and high walls of King’s Landing, which has never been taken by an invading army (the Mad King let Tywin’s forces in). Also, this is Game of Thrones, and as Ramsay once said, “If you think this has a happy ending, you haven’t been paying attention.” It would be fitting if the soul of the Realm turned out to be mad, cunning, ruthless, and villainous. 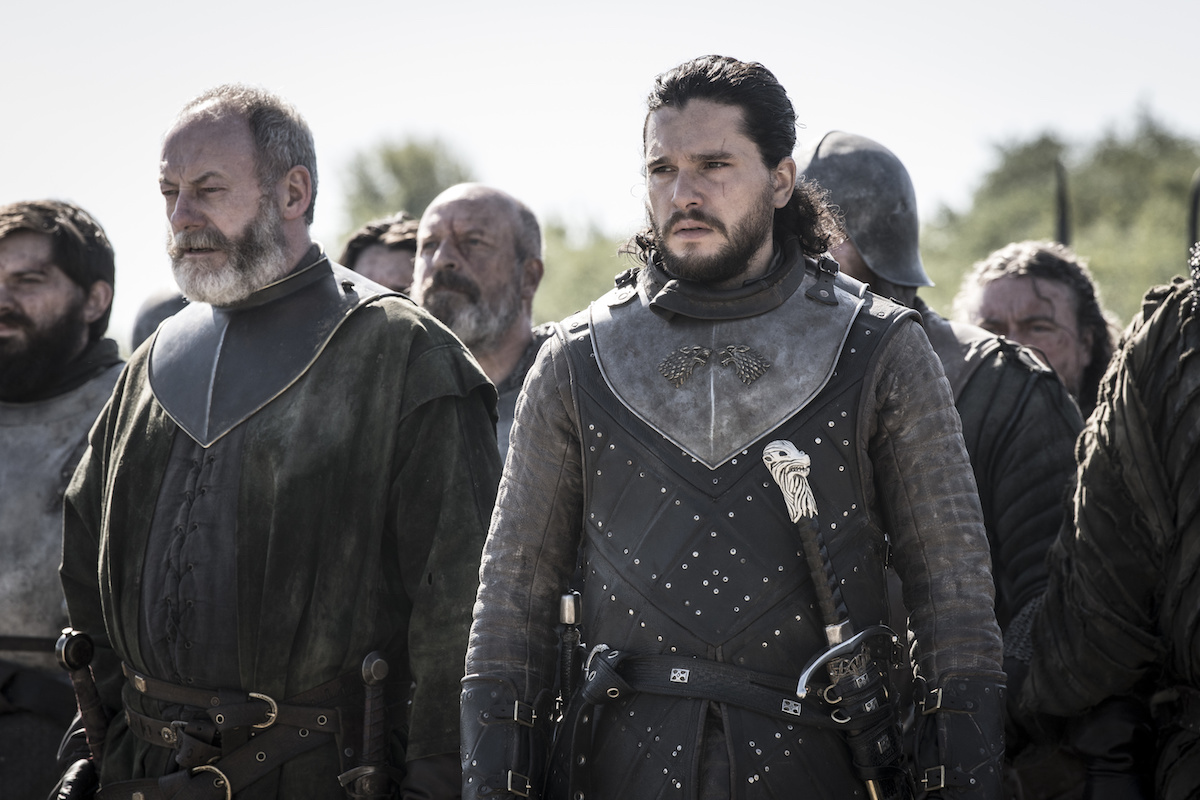 The show’s “plot armor” has grown thicker over the years, but Jon Snow’s been overcoming incredible odds since the beginning. He was attacked by a wight at Castle Black. He was captured by wildlings. He has survived Hardhome, the Battles of Castle Black, the Bastards, and Winterfell. And he’s still here. Not even a dagger in the heart that literally killed him could keep him down. As Sam once told Olly, “I’ve been worrying about Jon for years. He always comes back.” 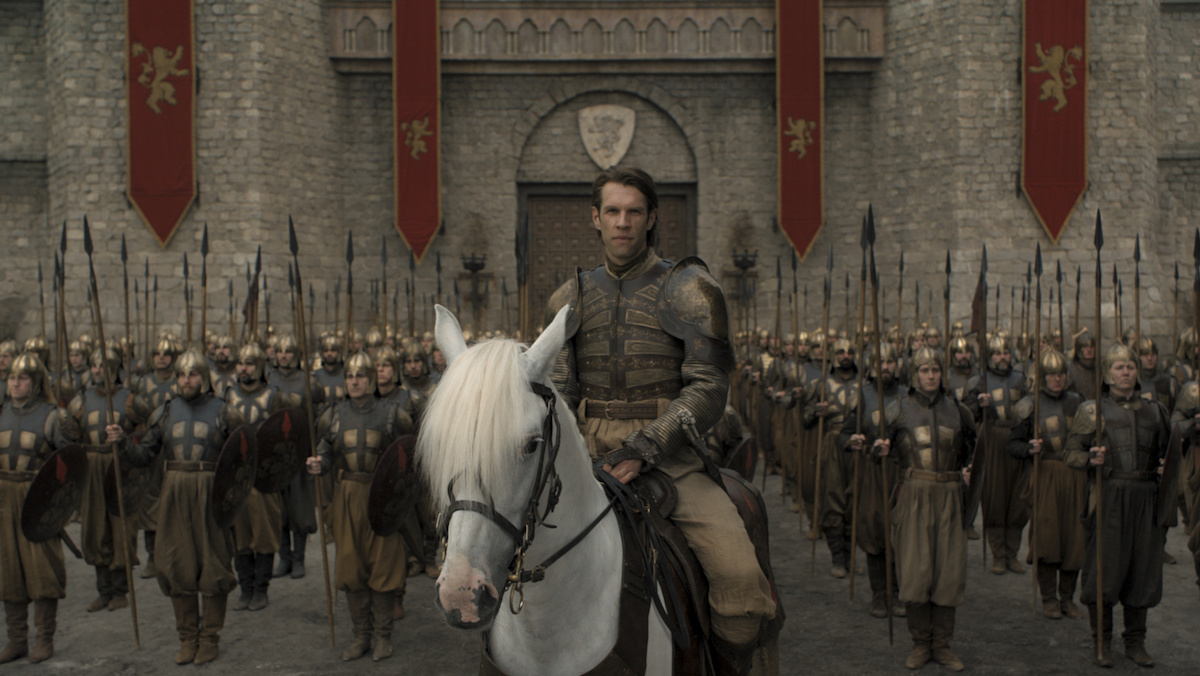 The Golden Company doesn’t come with such a high price tag just because they’re great on the battlefield. It’s also because as they say, “Our word is good as gold.” Once they sign a contract, they keep it, so unlike other sellswords and mercenaries, you don’t have to worry about the price of their loyalty once the fighting starts.

They’ve also never fought a dragon before, and what good is the Iron Bank’s gold if it’s melted to your skin? It would be wild if Varys and a rich old friend secretly hired them before Cersei did, but it would be even more fitting if her lack of true followers led to her demise just as it did the Mad King.

Thinking his old friend Tywin had come to save him during Robert’s Rebellion, Aerys opened the gates to the Lannister forces, who then promptly sacked the city. A retreating Golden Company allowed back through the gates could do the same if all hope looks lost, and Cersei would learn love trumps gold as her final lesson.

Daenerys Wins Before Being Killed by Varys Anyway 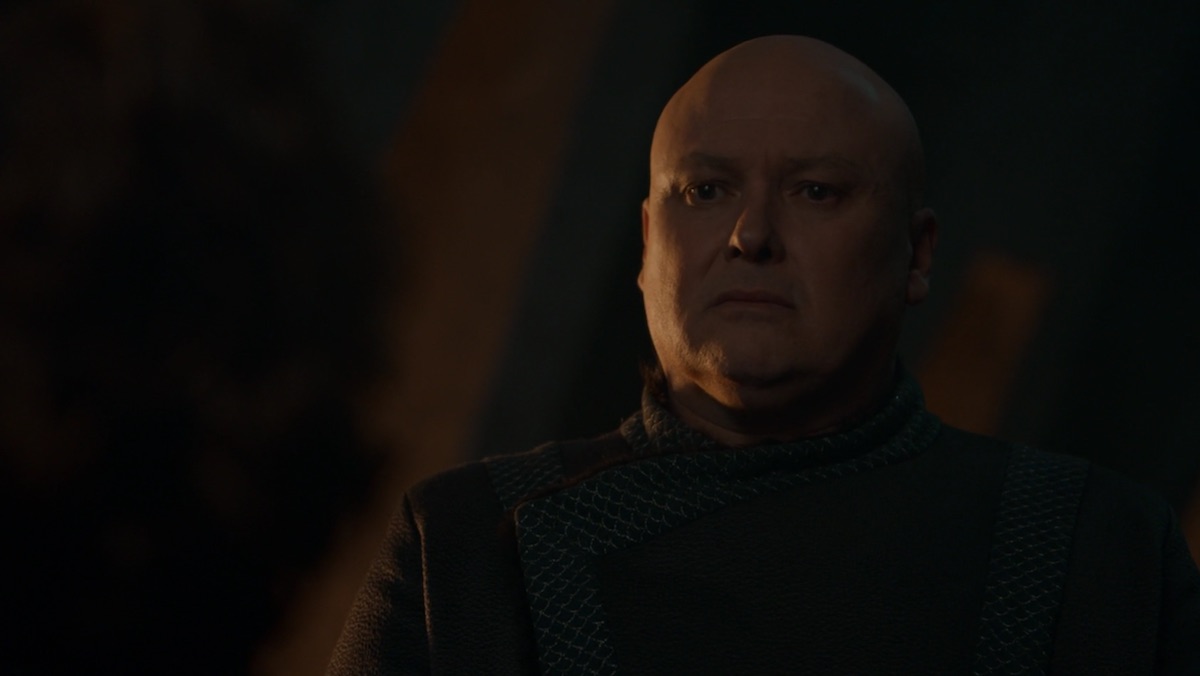 Jaime drove his sword through the back of Aerys II when the king ordered “burn them all” in King’s Landing. As much as she might want to do that right now herself, Daenerys is not her father. Plus, she can win this war without turning the capital to ash. She still has Drogon and a formidable army of experienced Dothraki, Unsullied, and Northerner men. She can take King’s Landing without succumbing to her worst tendencies. And then Varys can kill her anyway.

If he wants Jon Snow seated on the Iron Throne, having Daenerys around for the fight would make seizing it on his behalf that much easier. Even if she doesn’t burn the city, Varys will never trust she won’t go mad someday. What will happen when she doesn’t listen to her “trusted advisers” and gives in to her temper the next time? How much will the Realm suffer then? Varys could decide to never risk that by giving Daenerys the victory she has always craved right before he betrays her. 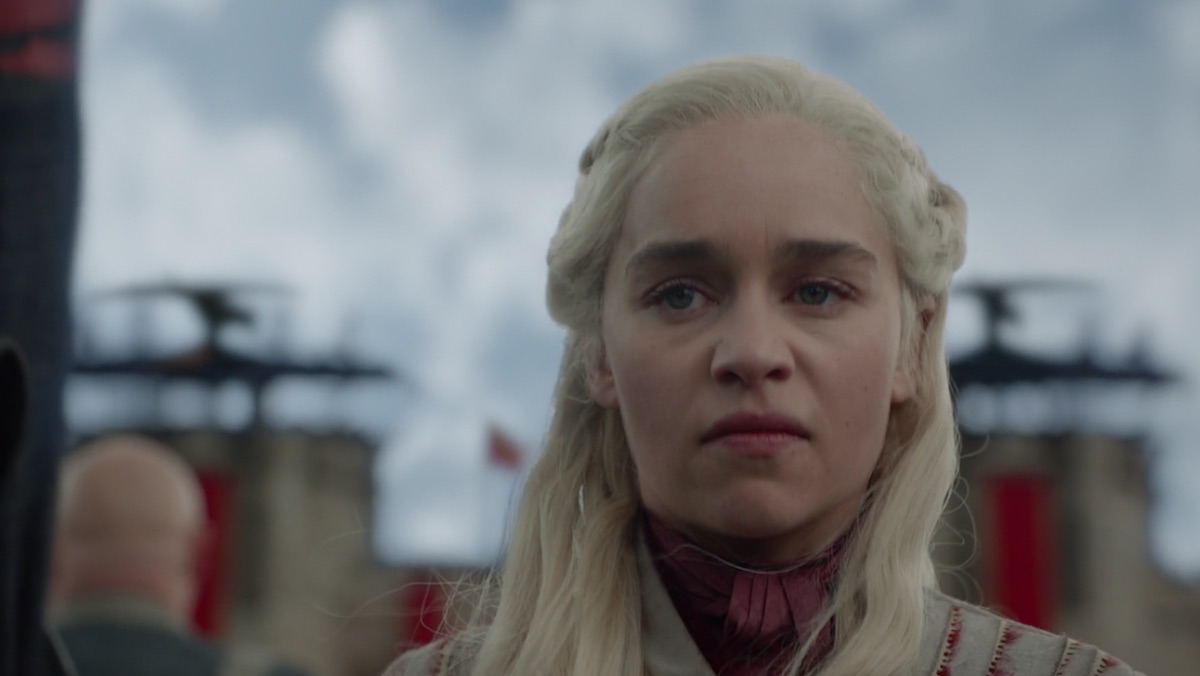 All of Cersei’s forces have coalesced at King’s Landing. She doesn’t really hold any of the actual Seven Kingdoms she proclaims to. The entirety of her power comes from sitting on the Iron Throne itself, which is why Daenerys is so eager to take back her ancestor’s chair. Each of them needs King’s Landing to legitimize their rule.

Each of them could also destroy it entirely. Daenerys is ready to do it now, and even with Varys determined to stop her, there’s no guarantee he can. And if Cersei is on the verge of losing the war, she could give the order to use the Mad King’s remaining caches of wildfire under King’s Landing, just like he wanted done when he lost the capital to Tywin. Mutual destruction would be more appealing to Cersei than letting her enemies win. After eight seasons spent focused on the Iron Throne, it might not even exist in the end. 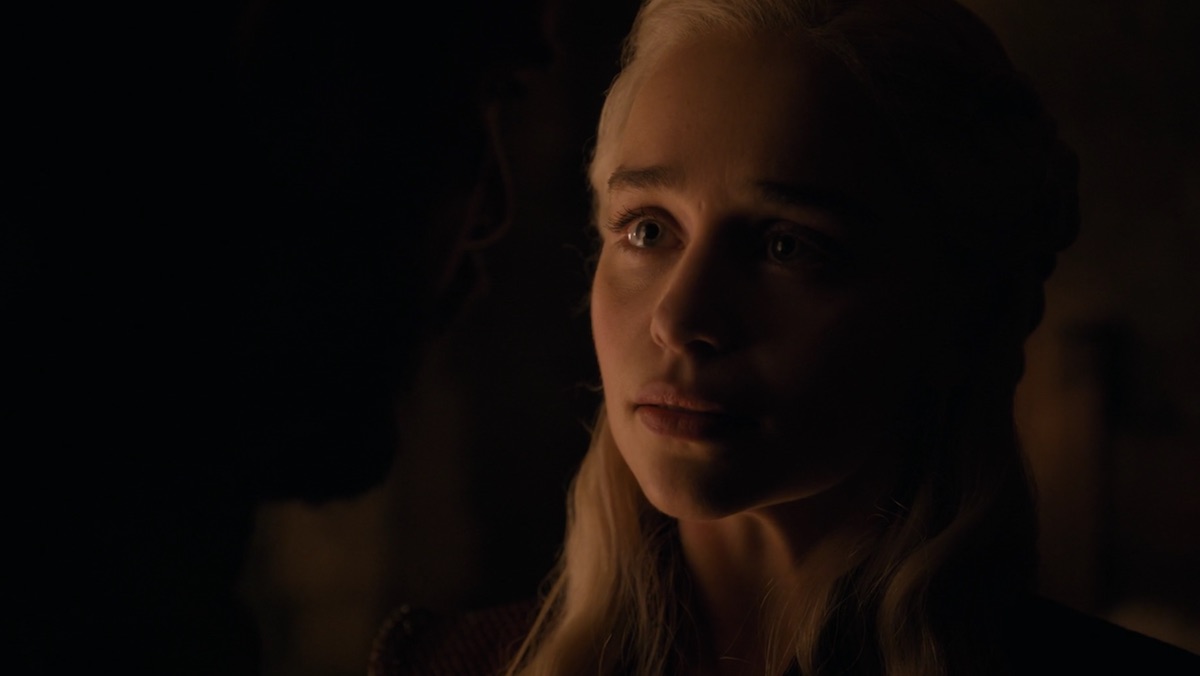 She told Jon what would happen if he shared his secret with anyone, even his sisters, and she was right. As Varys said, soon everyone will know, and the knowledge that Rhaegar Targaryen’s lawful heir is alive is a threat to both Daenerys’ claim and her life. Unless she kills him first. It’s the only way to guarantee she fulfills her destiny without worrying when someone will decide Aegon would make a better ruler. Is this the single wildest thing that could happen on Game of Thrones? Absolutely, which is why it could happen.