Warning: This post contains spoilers and speculation for Game of Thrones‘ “A Knight of the Seven Kingdoms.”

From the very first episode of Game of Thrones, Arya Stark has had a weapon in her hand. In the second episode of the fantasy epic’s final season, she received a new one that might be the key to the future of the young warrior and the fate of the Seven Kingdoms.

During their brief flirtation in the bowels of Winterfell, Arya requested a weapon from Gendry. “What do you need something like this for?” he asked curiously, hinting that the request was unusual. That sequence delivered on both fronts this episode as the pair spent what might be their last night alive together, but most importantly, Arya received her weapon. The spear-like staff was designed by Ned Stark’s youngest surviving child, and when she handed over the sketch during her reunion with Gendry last week, one thing was clear: this wasn’t a weapon to kill the many enemies on her list. This piece was made with dragonglass, one of the only substances known to kill White Walkers. 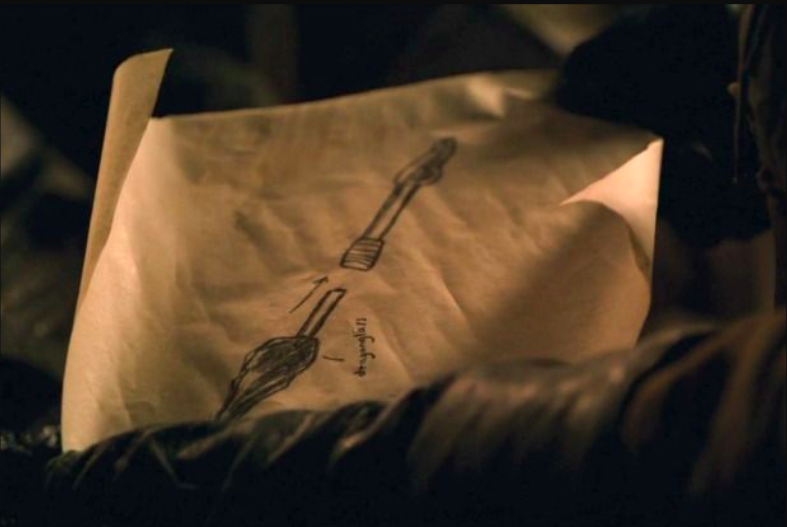 So, just who is Arya planning to kill? The obvious choice is the Night King himself. “I know Death,” she told Gendry. “ He’s got many faces. I look forward to seeing this one.” Throughout his rise and reign, the Night King has often been referred to as an analog of (un)living representation of death itself. Arya’s journey has been tied to Death and her relationship to all of its forms. But if she wanted to kill the Night King, surely she could have just used the Valyrian steel dagger that Bran gave her? The spear would be useful to throw at a great distance… Could Arya be the one to kill the Night King’s Wight Dragon?

Another hint that the spear/dagger combo will play a larger part in the war to come stems from  Vanity Fair’s Still Watching podcast, where Game of Thrones‘ weapon master Tommy Dunne spoke of a new project that was particularly exciting. “There is one creation in Season 8 that is absolutely phenomenal. It’ll be a showstopper,” he said. “That was great to finish. It was great to make, great to design it that it was about to be reverse-engineered and made into two different items.” After watching Arya and her new toy, we’d bet all our Bravosi coins that this spear is the weapon he was talking about.

After all, what could be more of a showstopper than a girl (with no name)  taking down a dragon?? 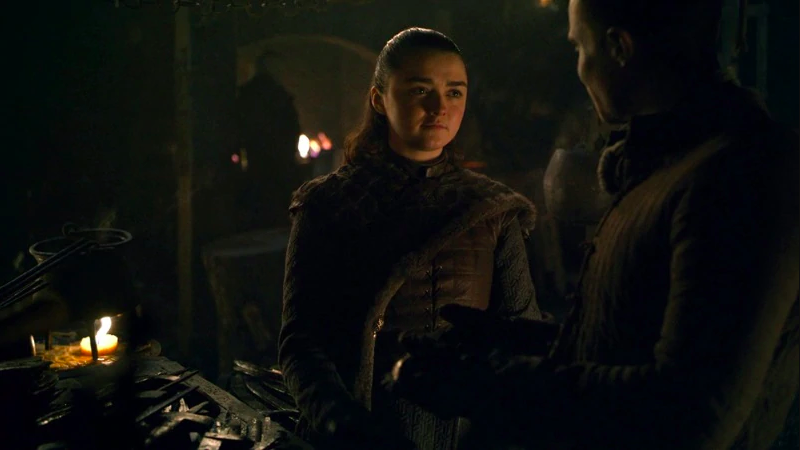 Though this is, of course, all just speculation, it makes sense that Arya’s fate might be intertwined with one of Game of Thrones‘ mythical creatures. If you think back to season two, Arya shared with Tywin Lannister that she looked up to the dragonrider Visenya Targaryen, who wielded a Valyrian steel sword known as “Dark Sister.” Imagine if Arya’s name became as legendary as the long-dead queen who also took down a dragon — especially one loyal to the Night King, the greatest threat to the living that the Seven Kingdoms has ever seen.

With only four Game of Thrones episodes left and the dead knocking on Winterfell’s door, we’ll soon find out what Arya’s destiny is in the Song of Ice and Fire…