This IRON MAN Helmet Actually Snaps Shut Around Your Head

If there’s one thing engineers on YouTube love to do, it’s emulate props from comic-book movies in real life. Which is, of course, great news, because it means we may soon have IRL versions of say, Captain America’s shield, or Black Panther’s Sneakers. Or even Iron Man’s helmet, if engineer Jake Laser manages to iterate his new prototype for a few years.

In the video above, Laser—or JLaservideo on YouTube—provides an overview of how he built his prototype Iron Man helmet; one that’s able to close in around a person’s head like the one from Iron Man 2.

Laser notes that his goal is to make his Iron Man helmet fully expandable and made of metal, as well as capable of providing voice assistance and a heads-up display (HUD). And while Laser does manage to deliver on all his criteria, the helmet is essentially an amalgam of other gadgets and metal moldings. (Which isn’t necessarily a bad thing.) 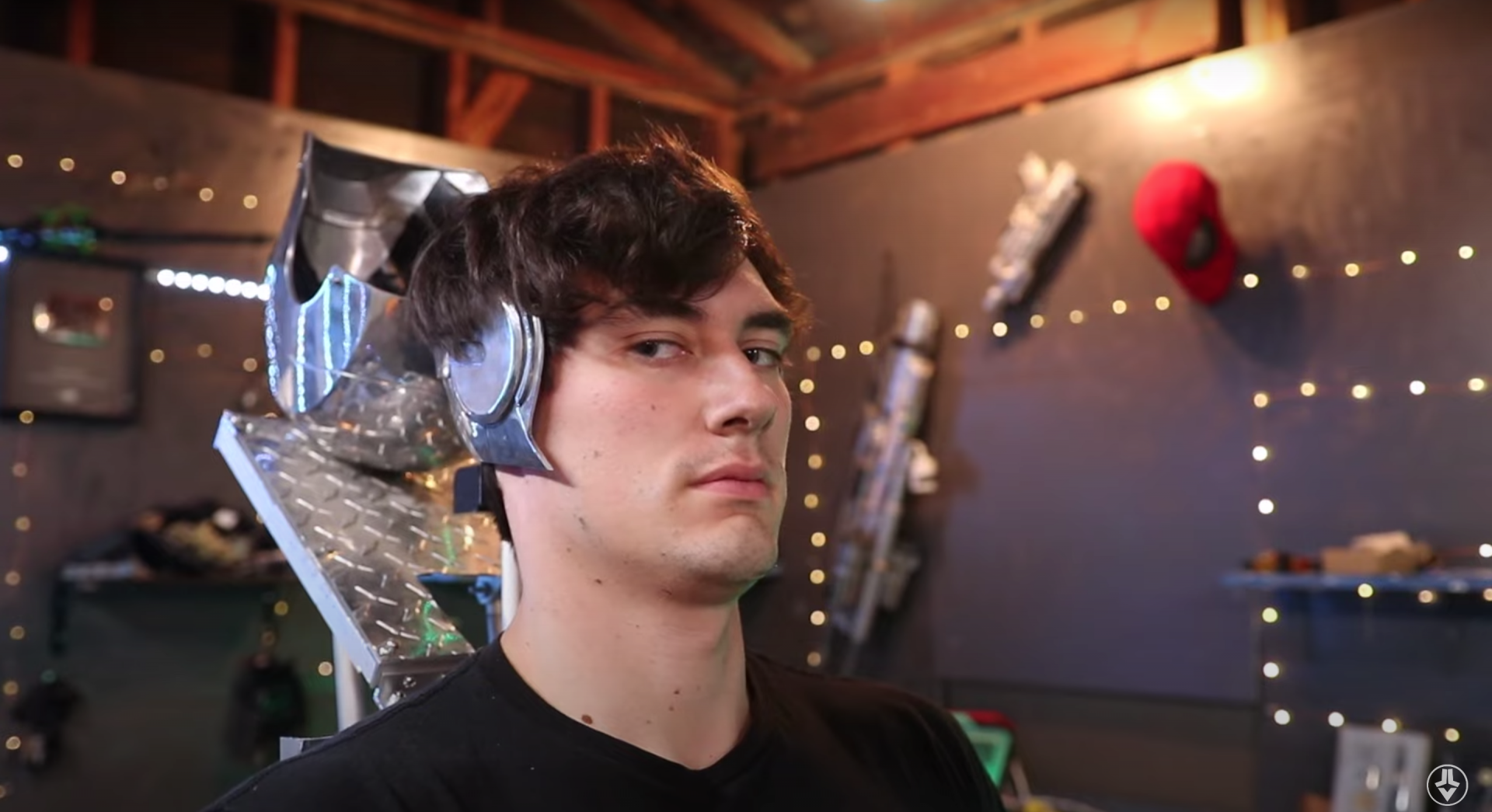 After trying out several different options for the helmet’s various closing mechanisms—including the use of a Hövding airbag helmet—Laser settles on a metal backpack that uses very large electric actuators to bring the top of the Iron Man helmet up and over his head.

Vuzix glasses, which have an HD camera, an augmented reality (AR) display, stereo speakers, and the Android operating system provide the tech for the helmet’s most useful features. The Vuzix glasses even offer apps like Netflix and Alexa; they also translate between languages for users, which is pretty neat. 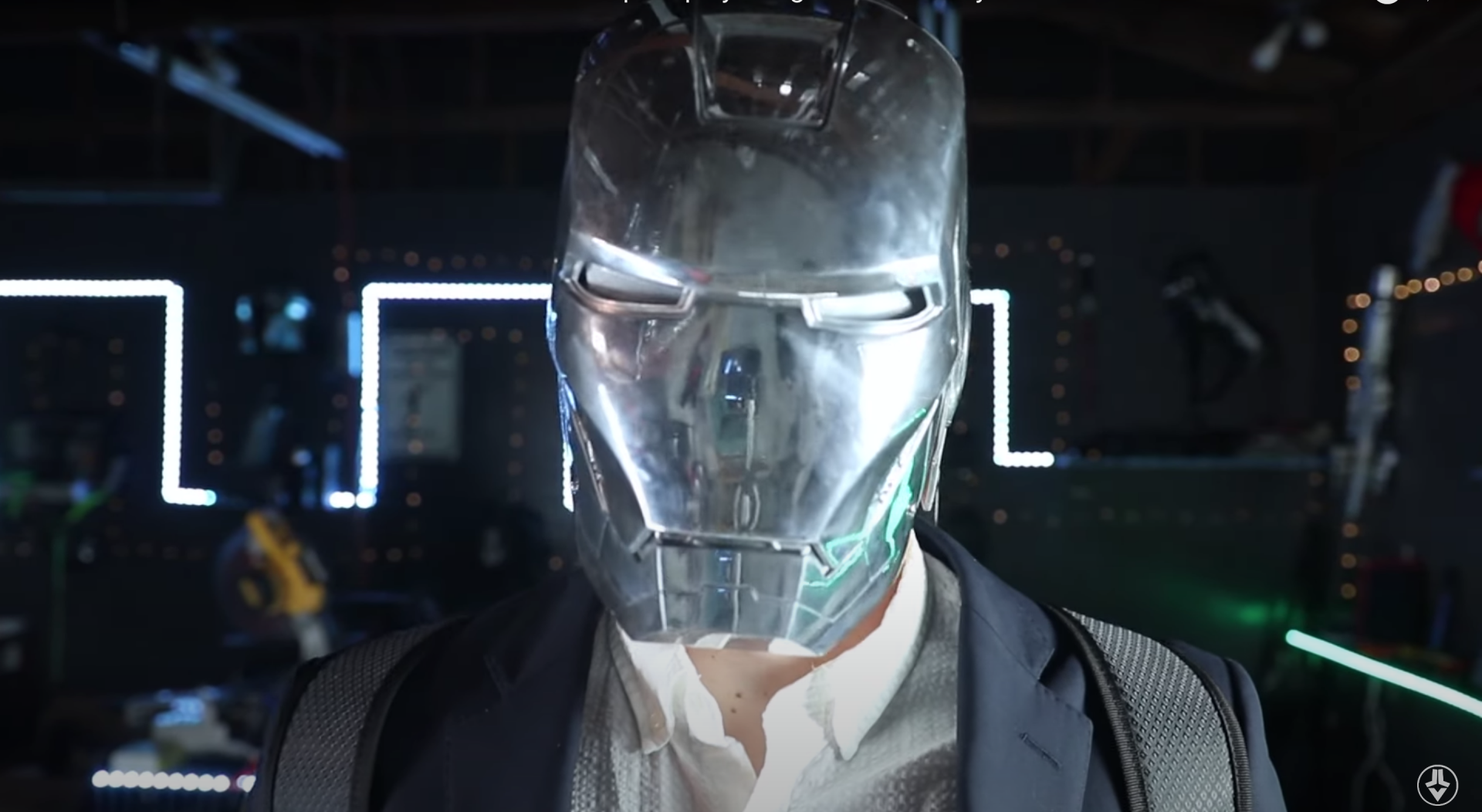 Laser shows off the final prototype at around the fifteen-minute mark in the video. And the shiny, four-pound mechanical metal helmet does indeed dazzle. It seems that’s especially the case at night, thanks to its glowing eyes. And when it’s working, it operates smoothly enough.

Despite its functionality, it’s clear this iteration of the Iron Man helmet is quite clunky; the sharp and heavy actuator backpack seems like the most problematic component. Regardless of its drawbacks, Laser’s helmet is still fresh AF, and may hold a lot of potential. Even if it can’t hold itself closed quite yet.