Back to the Future‘s self-lacing shoes top the list of must-have sci-fi footwear. But now there’s a new contender for coolest movie kicks that belong in your closet: Shuri’s “sneakers” from Black Panther. These sound-absorbent sneaks aren’t exactly retail-ready; but engineer and YouTuber Jake Laser has made prototype Sneakers, inspired by the 2018 film and a lot of fan requests.

For a quick refresher: T’Challa’s ingenious sister Shuri invents the wryly named Sneakers for, among other uses, her brother’s superhero suit. In a memorable scene, Shuri tells T’Challa, “Fully automated, like the old American movie Baba used to watch. And I made them completely sound absorbent.”

Jake Laser, who goes by JLaservideo on YouTube, has created countless other IRL versions of pop-culture props before; including a bunch that a (very sanitary) Spider-Man would love. In the video above, Laser shows how he iterated a real-life pair of the Sneakers from various materials, with the singular goal of making the shoes fully sound absorbent. As well as self-folding? (They’re supposed to mimic the Sneakers’ ability to work autonomously, but without CGI, that just means rolling rubber.) 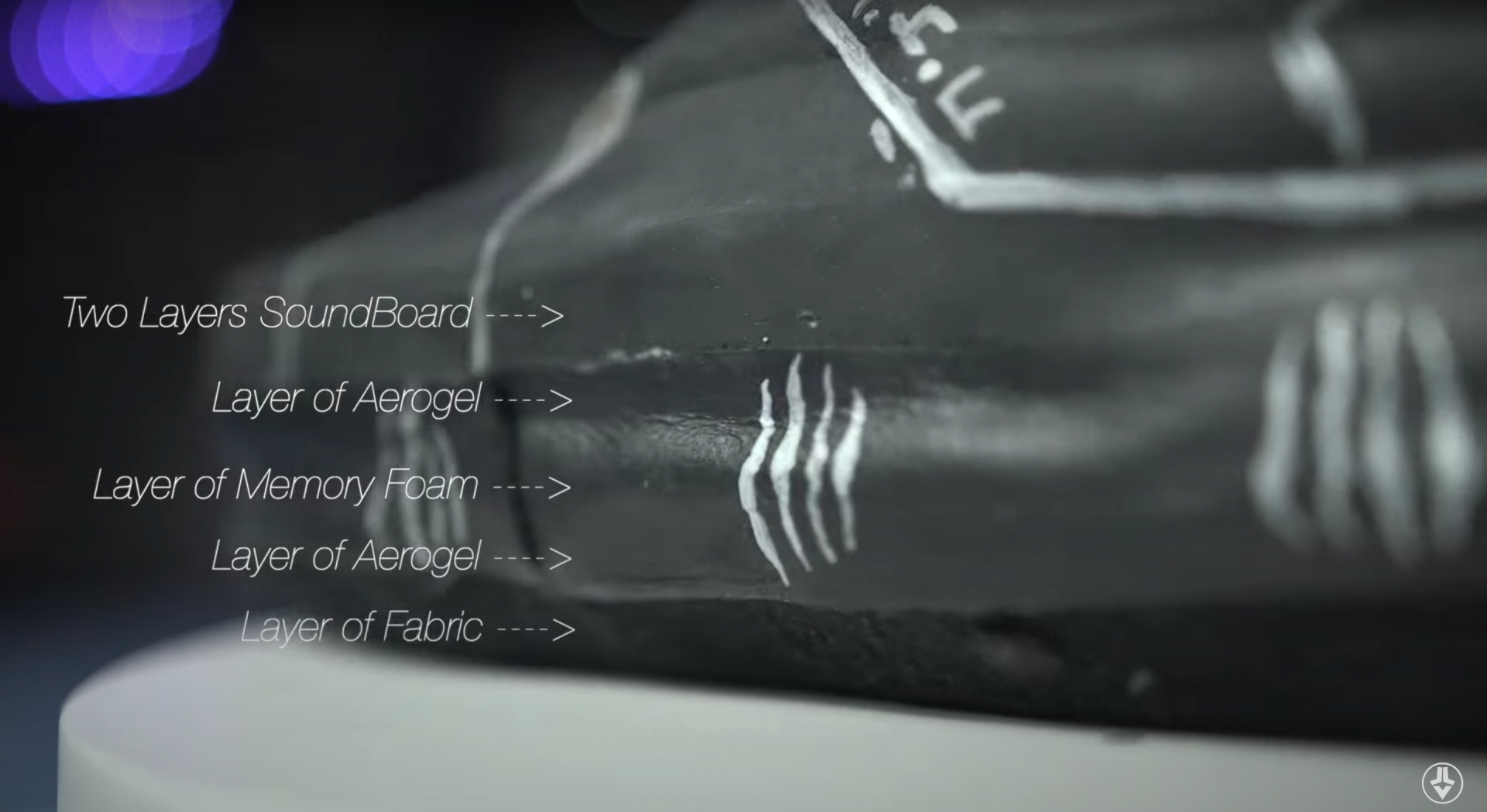 After ruling out options like memory foam, leather, socks, and “pink foam,” Laser lands on using aerogel. Aerogel, as Laser notes, is an ultralight material made from a gel in which the liquid component for the gel has been replaced with a gas without significant collapse of the gel structure. Incidentally, space missions employ aerogel, as it is one thousand times less dense than glass, as well as extremely good at collecting dust.

As for the results? There’s no question Laser’s Sneakers quiet footfalls with a vengeance. Laser demonstrates, using a decibel meter, that the Sneakers make walking so quiet, a wearer’s footsteps are no louder than ambient noise. And even though there are some real-world limitations—creaky wood is going to creak—these Sneakers got it where it counts.