Fright Night, which is celebrating its 35th anniversary this year, is one of the all-time vampire classics. It helped revived the vampire genre during a time when it had a stake right through its heart. The film’s writer/director Tom Holland wanted to celebrate the classic horror films of his youth, along with paying homage to Hitchcock’s classic Rear Window. And he succeeded beyond his wildest dreams. 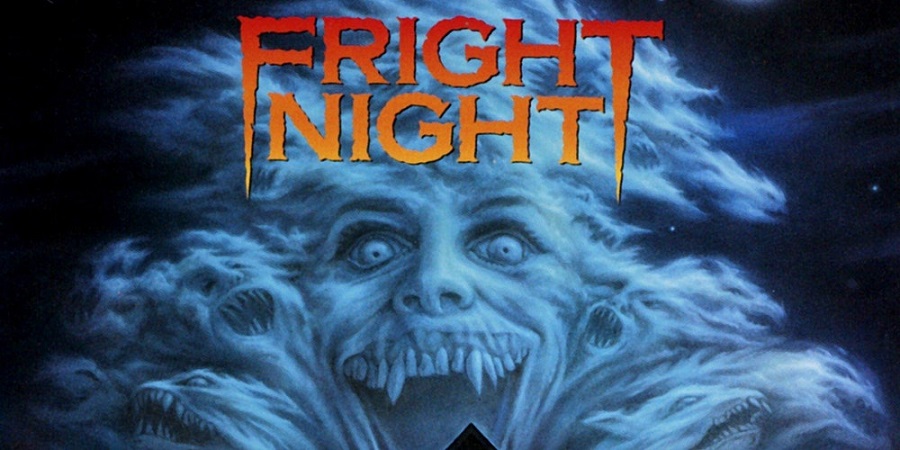 For those of you out there who haven’t seen it, Fright Night tells the story of teenager Charley Brewster (William Ragsdale). When a mysterious pair of new neighbors move in, he immediately starts to notice the local murder rate going up. He discovers that his neighbor Jerry Dandridge (Chris Sarandon) is a vampire. But no one will believe him. Not his mom, not his girlfriend Amy (Amanda Bearse), or his horror movie fanatic best friend “Evil” Ed (Stephen Geoffreys). So he contacts the only person he knows might be able to end the vampiric scourge: local TV horror host Peter Vincent (Roddy McDowall).

I got the chance to chat with Tom Holland about this film, which is very near and dear to my heart. Fright Night played on a loop on cable TV when I was a kid in the late ’80s, and I couldn’t get enough of it. This led to my vampire obsession, which soon led to The Lost Boys, reading Anne Rice’s Vampire Lestat novels voraciously, and eventually, Buffy the Vampire Slayer. But it all started for me with this 1985 horror/comedy classic.

Was Fright Night truly ground zero for a vampire revival that has extended into present day? And was that Holland’s plan all along? “I don’t know if I thought about that exactly. But Fright Night came out of my love for the Hammer and the AIP movies that I had grown up with starting in the late ’50s all the way through the ’60s,” Holland said. “Those kinds of movies had been totally shoved aside. Everybody had forgotten the classic Universal Monsters. I’m still pining for a remake of Creature from the Black Lagoon! But I did it for a love of old vampire movies. I named Peter Vincent after Peter Cushing and Vincent Price.” 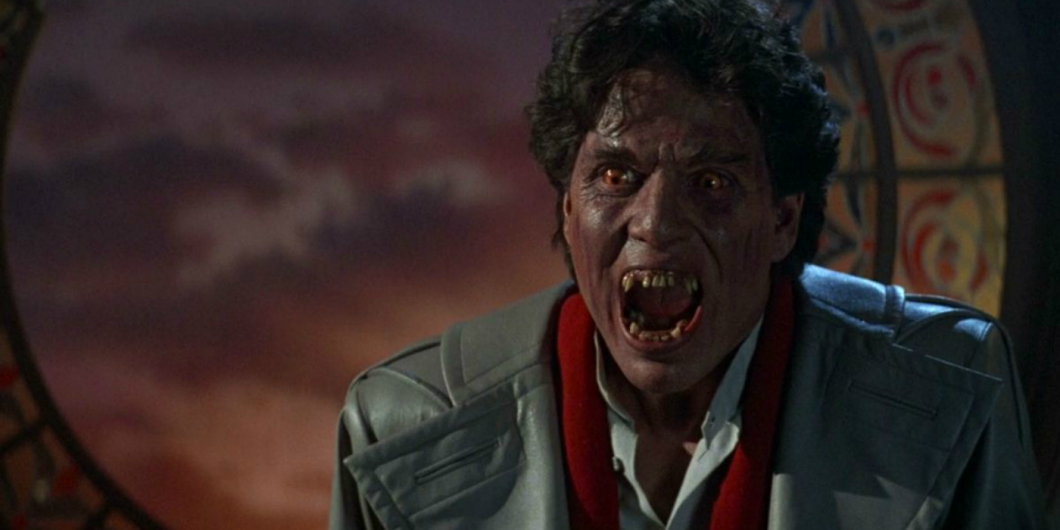 Holland is well aware that for horror fans, whichever fright flicks you saw first are the ones that never leave your heart. “Depending on your age, it’s the horror movies for you grew up with, maybe from age seven, eight, nine years old, through to your teen years, whatever blew your mind back then,” Holland said. “And those are your favorite horror movies for life. For me, it was Christopher Lee Dracula movies. I was writing a love letter to horror fans everywhere, and I was writing it about my youth, and the movies that I grew up on.”

To this day, Holland remains close with the cast of the original Fright Night—actors who he agrees were pretty much born to play those roles. The film’s MVP remains the late Roddy McDowall, who played Peter Vincent. Holland believes that he ultimately had the greatest arc in the whole movie. “I think so much of Roddy in the film was playing the Cowardly Lion,” Holland said. “He has the hero’s journey, as he starts as a coward. This terrible ham actor, who at the last moment gets to give the most brilliant performance of his life.” 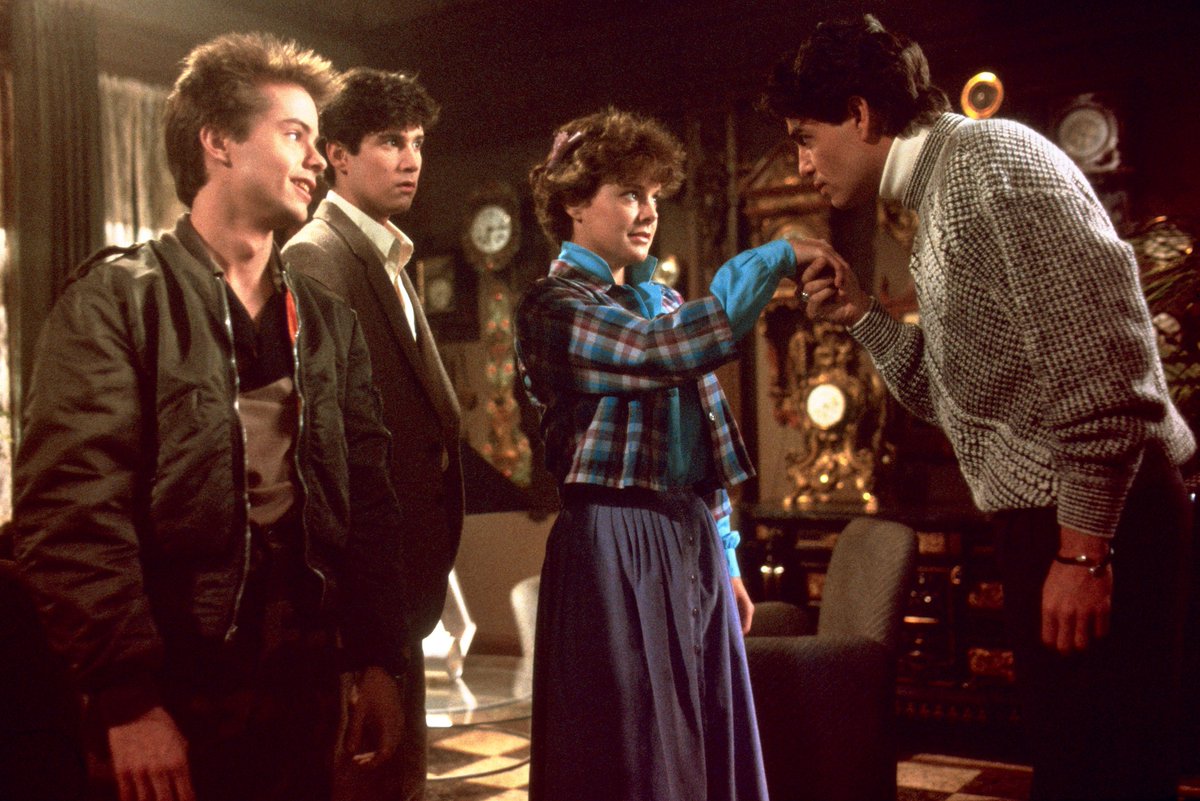 Fright Night got a sequel a few years later, Fright Night Part II. McDowall and William Ragsdale returned to their respective roles, but the rest of the cast did not. Holland did not return to direct either. But now, he’s getting his chance to continue the story his way. “I’m doing my own thing. I am writing Fright Night II: Resurrection, and I’m writing it as a novel right now,” Holland said. And in the process, he’s bringing back the other characters that the original film sequel forgot about. And yes, that means the vampires Jerry Dandridge and Evil Ed will be back too.

“The demand just kept growing and growing,” Holland continued. “I have a feeling that Charley Brewster, who’s older but not that much older, maybe ten years, comes back to Rancho Corvallis when his mother Judy passes away unexpectedly. And he finds that new people have moved into the house next door.” 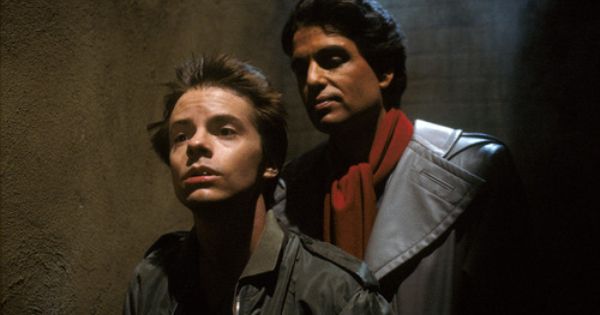 One of the things fans have always noticed about the film is its LGBTQ undertones. Especially with the characters of Jerry Dandridge and teenager Evil Ed, who becomes his undead acolyte. The scene where Dandridge offers Ed the chance to become a vampire is rife with subtext.

“That was all deliberate,” Holland said. “I’ve had so many gay friends I’ve worked with. So I learned about gay life very quickly, and in 1985 it was just the beginning of the AIDS crisis. I started to lose people. I started losing friends in the 1980s and nobody knew what the hell was going on. And all of that fed into Fright Night, but subtly. Because I was a lonely voice back then. I thought I was being subtle with Fright Night. But I supported that idea, especially with the character of Evil Ed.” 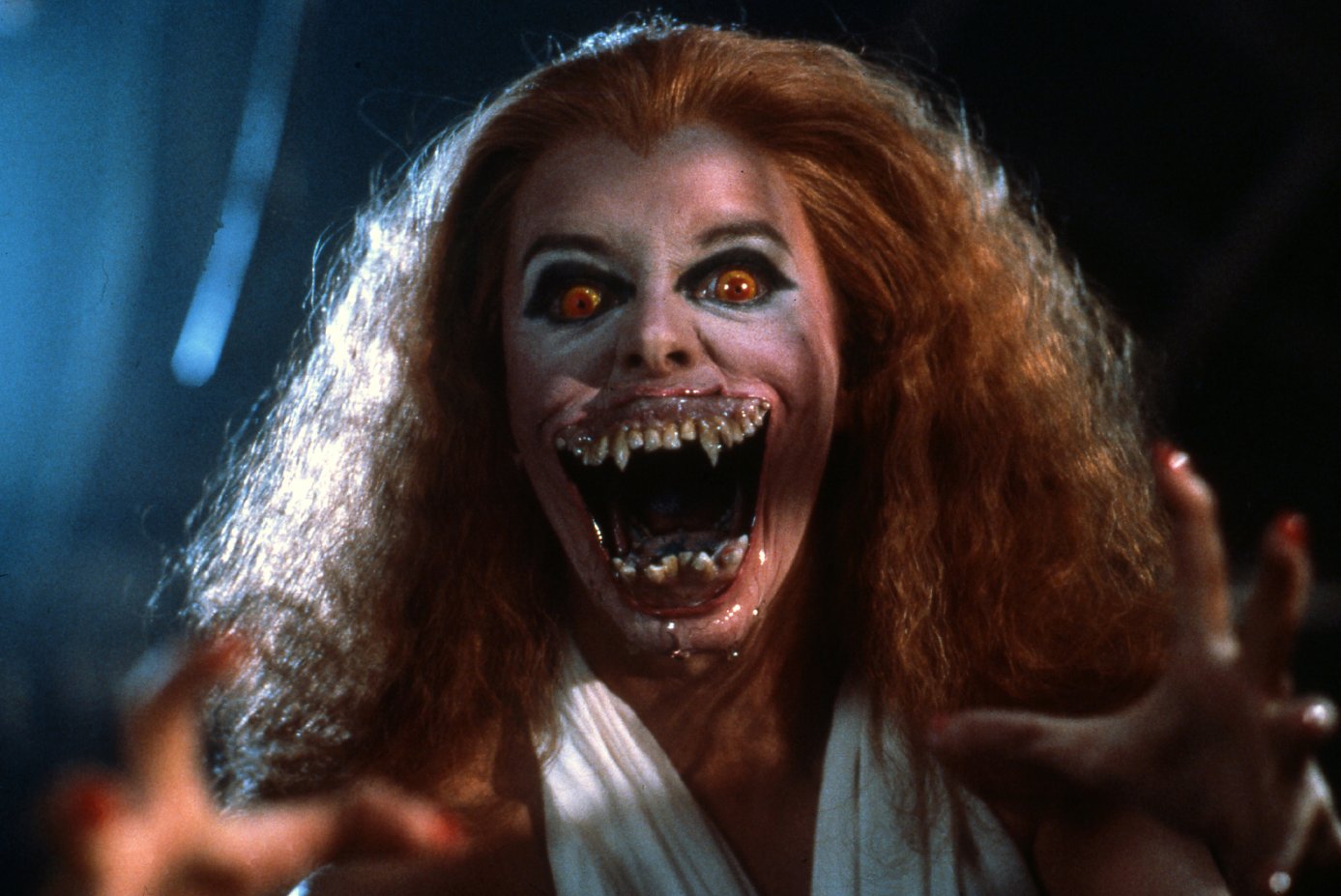 Holland would go on to direct the original Child’s Play, and also to write Psycho II. But at the end of the day, Tom Holland is still taken aback at the long lasting love fans have for this particular film. In true vampiric fashion, it simply refuses to die. On Fright Night’s incredible longevity, Holland said, “It’s just amazing to me. We’re talking about a horror movie, for God’s sake! It never occurred to me that all this interest would still be happening now. And I am eternally grateful.”