Why It Took 18 Years to Adapt INTERVIEW WITH THE VAMPIRE

Interview with the Vampire, the big-screen adaptation of Anne Rice’s celebrated first novel, turns 25 this year. The film starred Tom Cruise as the Vampire Lestat, and Brad Pitt as his undead eighteenth-century companion Louis, and introduced the world to a young Kirsten Dunst. Despite Rice’s original novel being one of the most important vampire books of all time, it took nearly two decades for the transition from book to screen to be made. So just what the heck took so long? Here, we unpack just why it took 18 years for one of the most successful fantasy/horror books of the past century to make it to the cinema screen.

Danny Zuko, Confidant to the Undead? 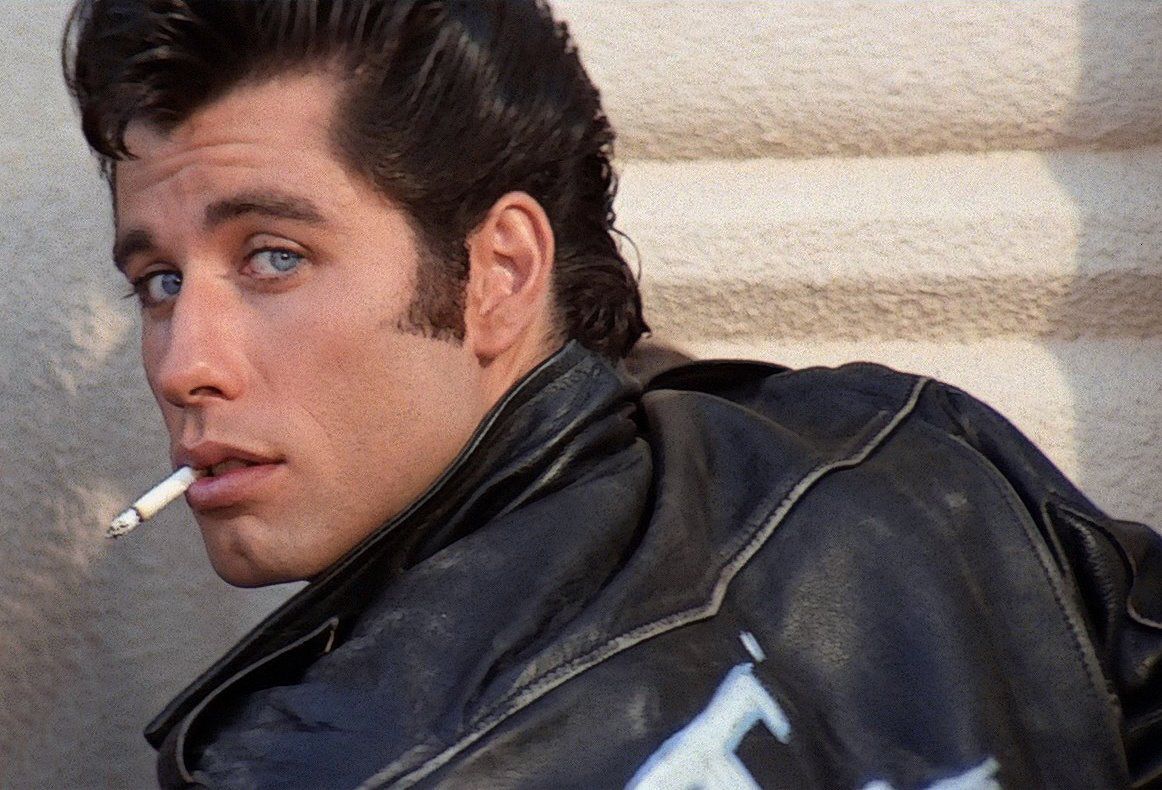 Upon the novel’s release in 1976, Interview was immediately optioned as a movie by Paramount. Apparently, this was slated to be a star vehicle for John Travolta, in the midst of his Saturday Night Fever/Grease supremacy. But the part Travolta was slated to play wasn’t that of either vampire Louis or Lestat. Instead, he would have played the novel’s nameless interviewer, who would have had an expanded role. For unknown reasons, this version never happened. And without Travolta attached, the project languished for years and years in what they call development hell.

The property then changed hands multiple times, but it seems no one would pull the trigger on actually making the movie. All this despite the ’80s being a Renaissance of sorts for vampire films, with movies like Fright Night and The Lost Boys cleaning up at the box office, and films like The Hunger tapping into the same queer themes that Rice’s vampires did on the page. And yet, Interview with the Vampire was not among them. 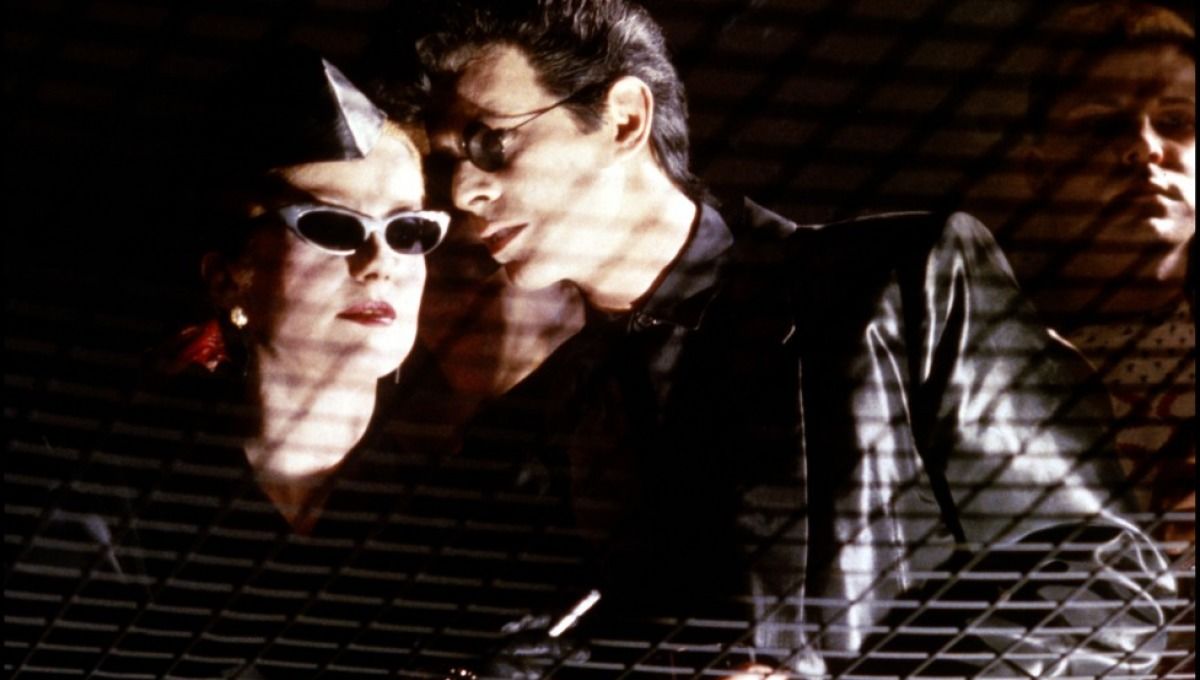 While no one can say exactly why no studio in the ’80s would attempt to adapt Interview, it’s easy to make an educated guess. The ’80s were a rabidly homophobic time, with said sentiment associated in large part with fear of AIDS, and Interview is a novel with heavy queer subtext. In the book Conversations with Anne Rice, the author recalls how, back in the day, Paramount executive Dawn Steel told her flat out, “This movie is politically impossible to make right now… no one is going to make this movie.” And for a long time, no one did.

Cher, the Queen of the Damned 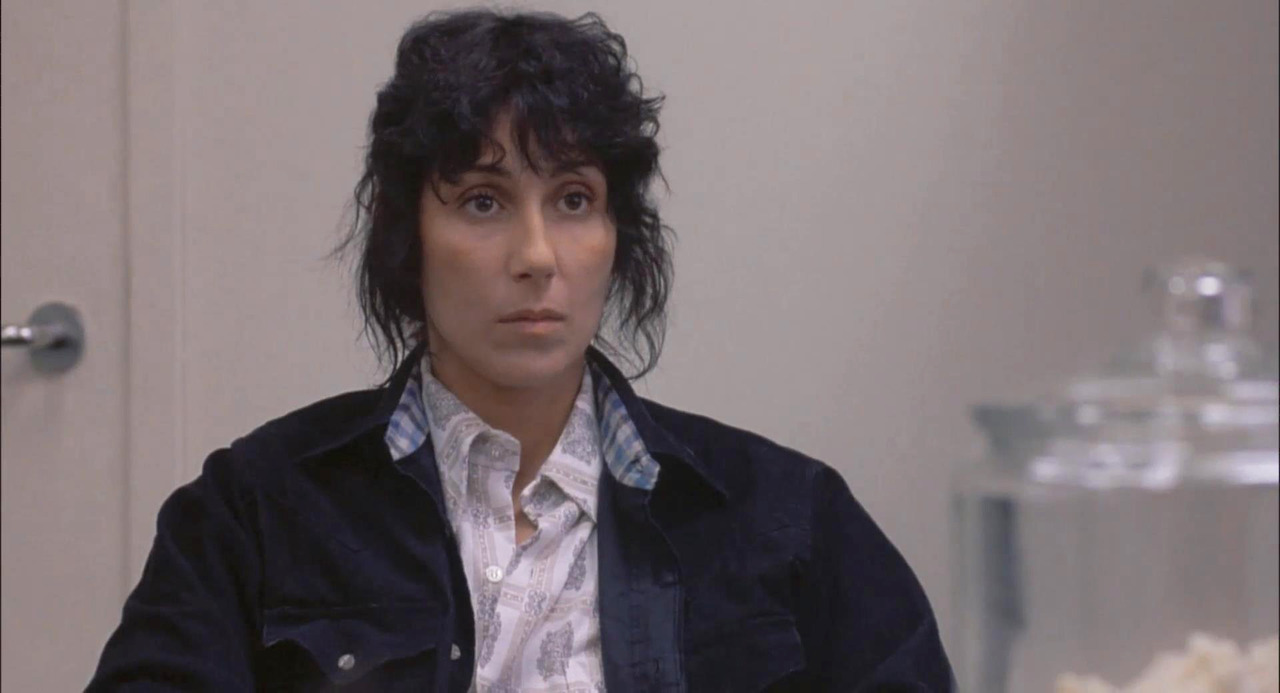 After years of going nowhere, in an apparent last ditch effort to get the film made, Rice herself took a crack at the script. But she made one major change to the story: the character of Louis was now going to be a woman (still called Louis). In her revised version, Louis was married to a Louisiana plantation owner. When he and their child died on the journey to America, she assumed his identity and passed herself off as a man as a way of retaining his property.

It’s unknown if this version of Louis was merely a woman disguised as a male, or was a genuine trans character. But by having a woman play the part, and thus canceling out the homoerotic subtext between Louis and Lestat, the belief was that it would allow the movie to be greenlit. Interestingly, Rice envisioned none other than Cher in the role of the gender-bending Louis, which would have certainly been fascinating to watch. Given the fact that in real life Cher doesn’t seem to age, Rice might have been onto something. Maybe Cher really is a vampire?! 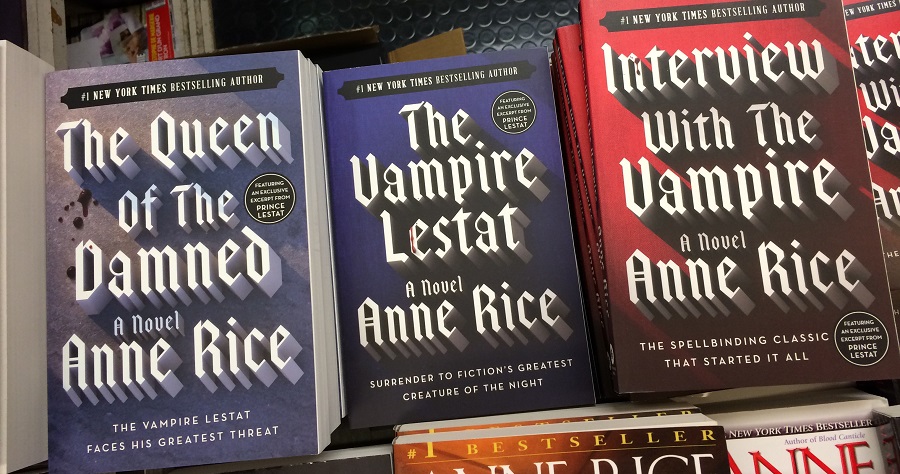 For one reason or the other, that version ultimately didn’t get made either. During the ’80s, Rice continued to write her novels. What was once one book expanded to two more: The Vampire Lestat and Queen of the Damned. These two were instant bestsellers, and the series was now known as The Vampire Chronicles. Now a celebrated trilogy, the Chronicles were must-read books for every goth-inclined and queer-identifying kid in America, and lots of others. What was once a single novel with a dedicated cult following was now a mainstream blockbuster series. And thus, Hollywood took more notice. 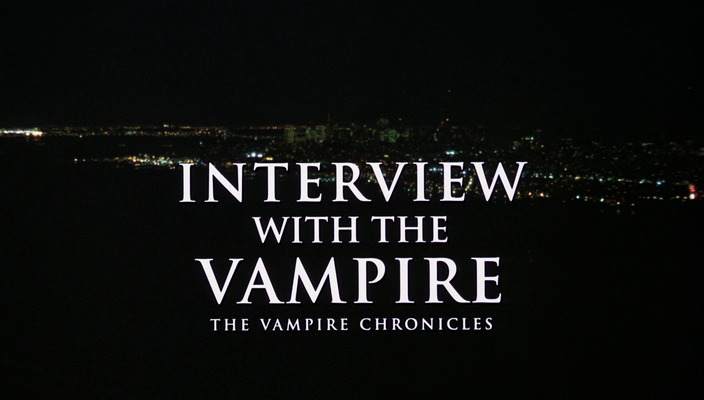 The Vampire Chronicles rights continued to change hands, going from production company to production company. One of those companies ended up being bought by Warner Bros. Realizing that Rice’s books were now a huge cultural phenomenon, Warners fast-tracked the film’s production. They brought on producer David Geffen—himself an out gay man and a powerful mogul—who was hellbent on doing a book accurate version of Interview. So he asked Anne Rice herself to write the script once again, after several attempts by other writers had failed in the interceding years.

Rice agreed and wrote a script that came in at a whopping 181 pages. She made certain changes to her original novel: Louis was now a grieving widower instead of a man mourning his lost brother, among other things. But she also included many references and characters from her second novel, The Vampire Lestat. (For fans who want to see what that version of the script looks like, it can be read here.) 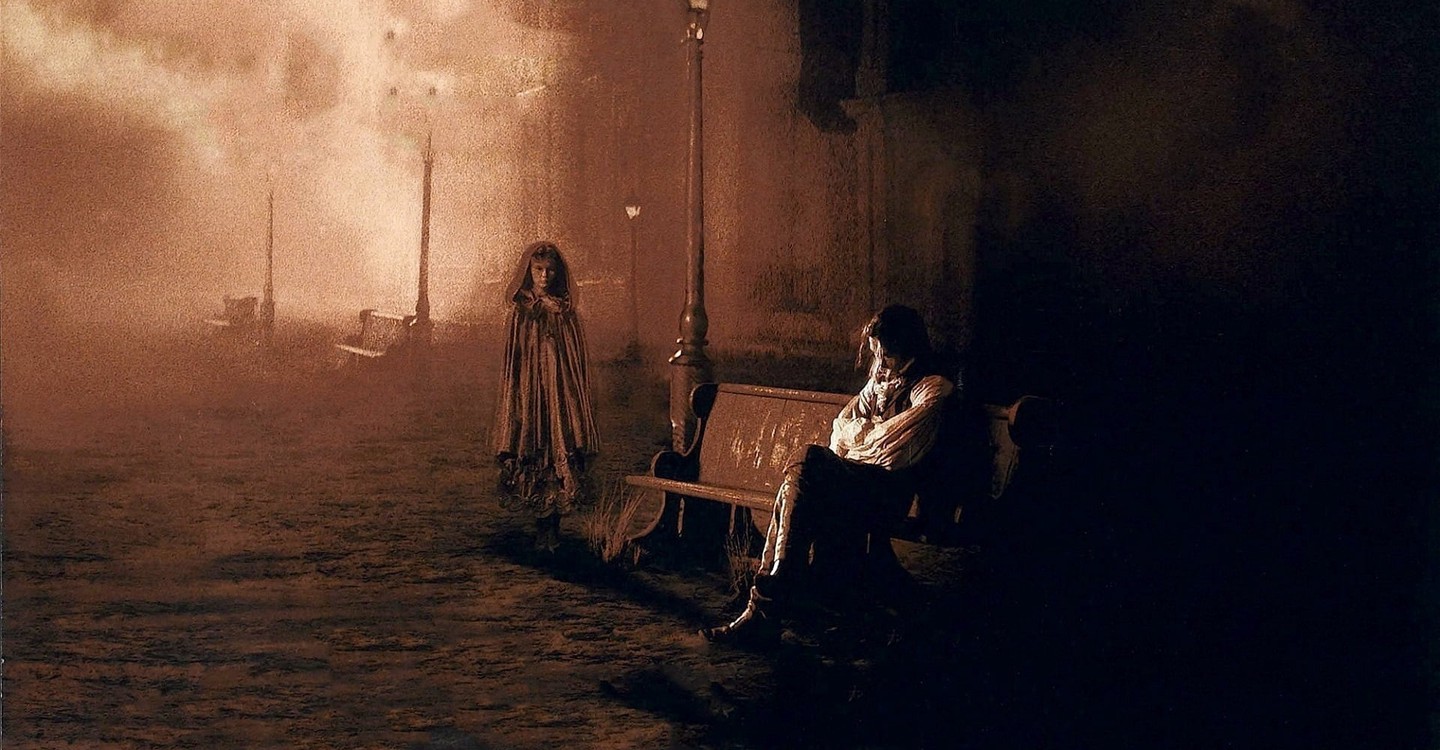 Director Neil Jordan came on board after his success with The Crying Game, a film that dealt with LGBT issues and found mainstream success. And as soon as he did, almost all the references to the other novels were excised from the script. This was probably just so the movie could come in at a two-hour runtime. In the ’90s, two-and-a-half- and three-hour blockbuster movies were not common, and that had to be on the mind of the studio when making this pictuer. Nevertheless, the subtitle on Interview with the Vampire was still The Vampire Chronicles, meaning that Warner Bros. had to be thinking ahead at least somewhat that this could be a franchise.

All the Bloody Behind-the-Scenes Drama 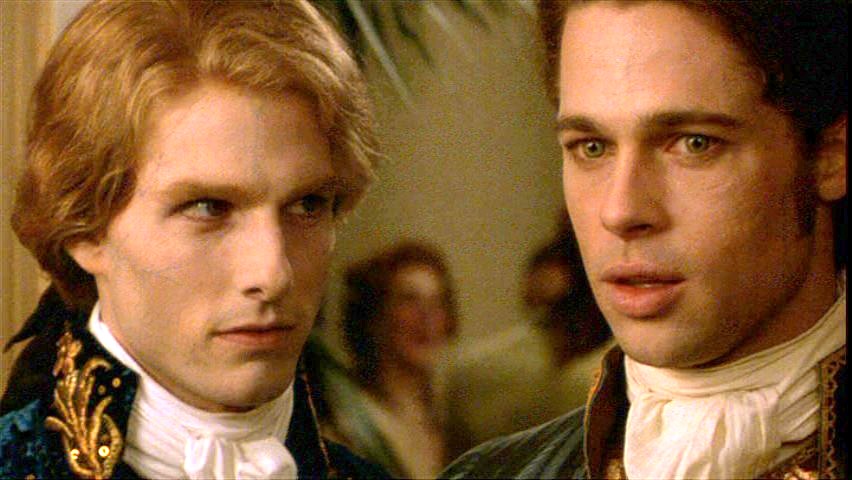 Everything finally seemed to be going smoothly for this long-awaited production. And then casting began. For the part of Louis, then-up-and-coming “it boy” Brad Pitt was cast. For Lestat, Jordan enlisted the world’s biggest movie star, Tom Cruise. Fans of the books flat out revolted at the Cruise casting. For a little historical perspective as to why, at the time of his casting, Tom Cruise was the All-American archetype. Between Top Gun and A Few Good Men, no one saw him as anything but that kind of character. Sure, he’d already received critical acclaim for movies like Born on the Fourth of July, but not a single person saw him as the tall, blonde erudite French vampire. It seemed like a casting decision made in hell.

In a move that must have driven Warner Bros’ brass quite insane, Anne Rice made her feelings about Cruise’s casting well known: She didn’t approve. The media went into a frenzy as the celebrated author spoke her mind to the press without studio approval, the ultimate no-no from Hollywood’s point of view. All of this threatened to derail Interview with the Vampire once again. But with this much of an investment, the studio pretty much had no choice but to move forward and hope for the best. 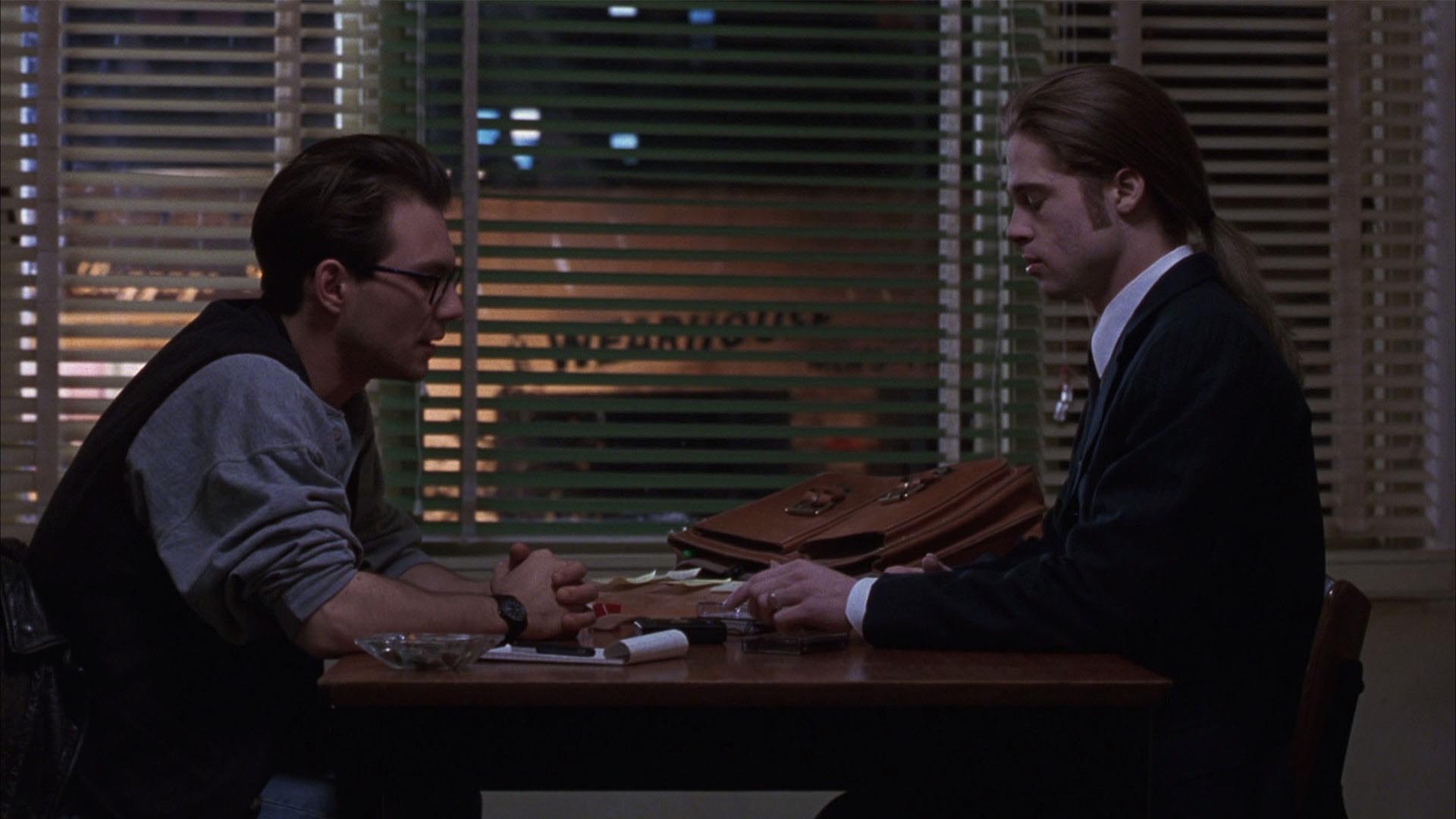 Production began in New Orleans in 1993, all under a black cloud from fans and the book’s author publicly saying they wanted anyone but Cruise in the role. This is the kind of behind-the-scenes drama that the internet would have a field day with today. But despite the drama, producer David Geffen allowed Rice to see an early version of the movie once it was done. She absolutely loved it, and Tom Cruise’s turn as Lestat in particular. She took out a full two-page ad in Variety to sing her praises of the movie, and you can imagine everyone in Warner Bros. publicity department breathed a giant sigh of relief.

The film opened to decent reviews and solid box office, none of the years of controversy seeming to have made a dent in its prospects. It made $105 million domestic in ’94, which is around $234 million in inflation adjusted numbers today. Not bad for an R-Rated period piece with queer subtext. But despite its success, a proper sequel was never made. Rice and the producers had made peace, the movie made money… so what happened?

Basically, movies based on existing franchises were made very differently in the ’90s. No one thought to sign actors for more than one movie at a time, meaning that if a sequel were to be greenlit, the actor wasn’t a guarantee to return. It wasn’t really until Lord of the Rings and the X-Men movies in the early 2000s that studios started to think ahead. 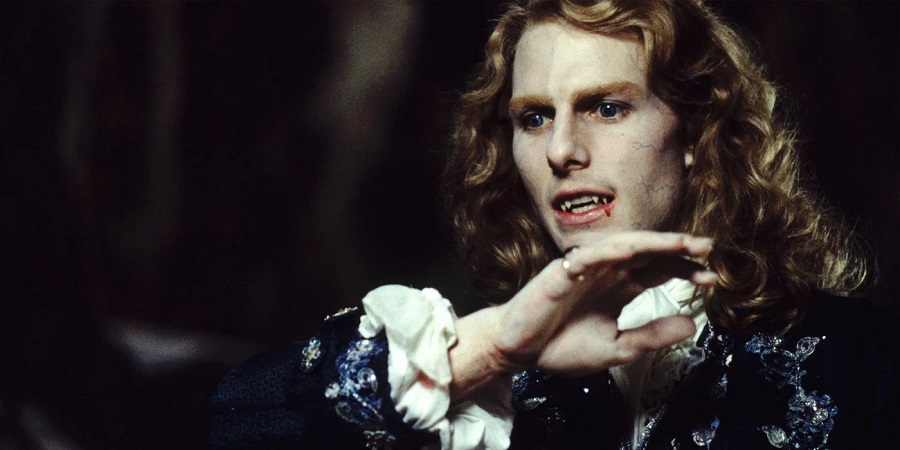 Another factor was probably that the follow-up novels are very dense, and come with multiple points of view. Those books would be far more difficult to make into a two-hour movie. When they did try to combine books two and three into the movie The Queen of the Damned eight years later, it was done in a cheap and sloppy way. None of the original actors returned, and the film was essentially made just so the studio could keep a hold of the copyright. The resulting film left no one happy. And it effectively killed this franchise for the next two decades.

Now, The Vampire Chronicles are slated to become a series on Hulu, with Anne Rice and her son Christopher as producers. In this day and age, television is a far better medium for source material like this to be adapted. Had that original movie not been a success, therefore introducing the franchise to millions of more fans, it’s entirely possible this show wouldn’t be in the works today. But it sure was a long and bloody road to get there.