Now that Child’s Play 2019 has hit screens it’s time to look back at the beloved franchise that started it all and see how the new film stands up next to the rad movies from the mind of Don Mancini. The writer of the classic ’80s horror, alongside the voice of Chucky, Brad Dourif, have steadily kept making some of the funniest, scariest, and most enjoyable frighteners, with the most recent one released only last year. Now that we’ve seen gotten a chance to see the new iteration of the doll which no longer holds the soul of Charles Lee Ray, we decided to look back at the classic series and the new film ranking them for your perusing pleasure.

Sadly, the newest iteration of Chucky doesn’t hold a candle to the cult classic franchise. Though it’s super cool to see Mark Hamill flex his impressive vocal cords as the maniacal doll, the new origin of an evil A.I. gone mad doesn’t ever really hit its stride. Though it would have been pretty great as a solo sci-fi flick unhindered by the branding of the cult ’88 franchise. 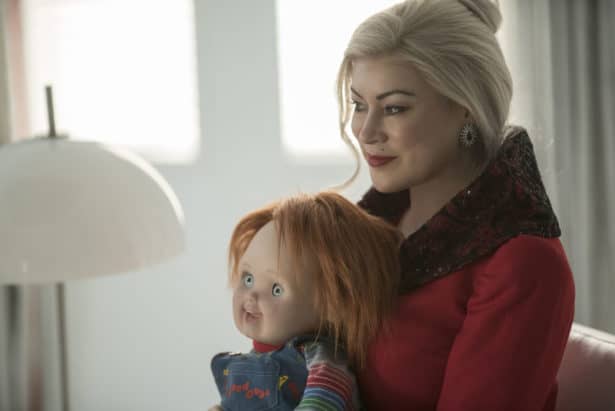 Though all the original Chucky films are great there has to be last place and it goes to the most recent flick. Following directly on from the brilliant and legitimately very scary Curse of Chucky. The seventh entry in the franchise is entertaining enough and does offer some seriously good scares, but the reliance on some majorly outdated mental health representation and a bland setting means that it comes at the tail end of our list. However, the multiple Chuckies and ridiculous (and gay AF) ending are pretty great. 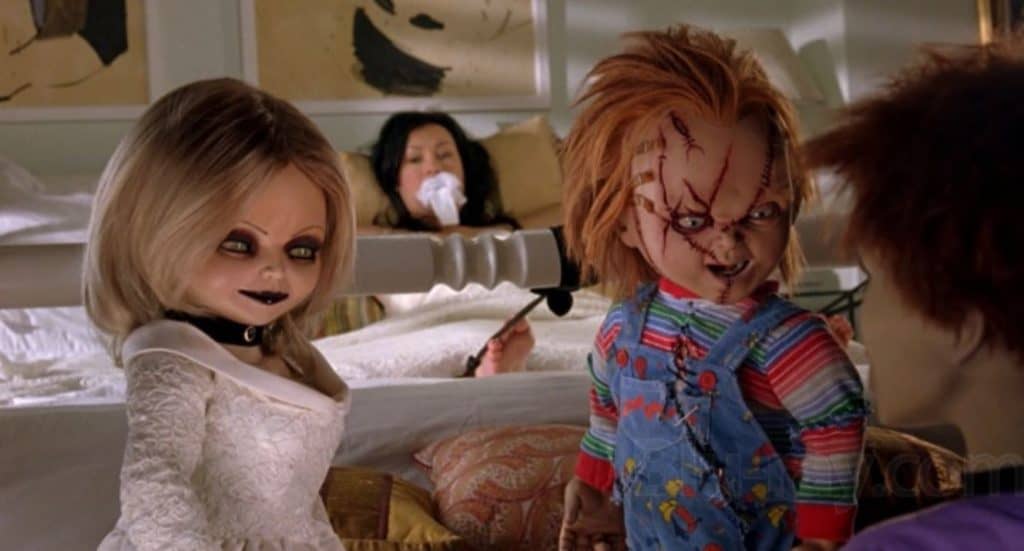 One of the joys of the Child’s Play franchise is the incredible practical effects that Mancini and co. utilize to bring Chucky–and in this case his family–to life and Seed of Chucky delivers on that front. If anything, this entry leans heavily into the humor that makes these films so great, as Chucky and Tiffany’s son Gentle Glen heads to Hollywood to resurrect his parents when he finds out that a movie is being made about them. It’s a masterclass in silly meta horror that’s only let down by a lack of proper scares. 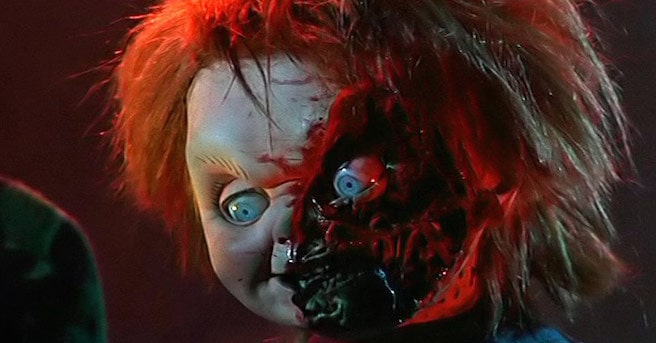 Rushed out after the success of Child’s Play 2, this threequel was released an unbelievable nine months after its predecessor, and although it’s a lot of fun you can definitely tell ’twas hurried. It once again follows poor old Andy Barclay–this time played by Justin Whalin–as he tries to convince the world that Charles Lee Ray has returned. A fun third act in a haunted house makes this one worth a watch even if it’s a little rough around the edges. 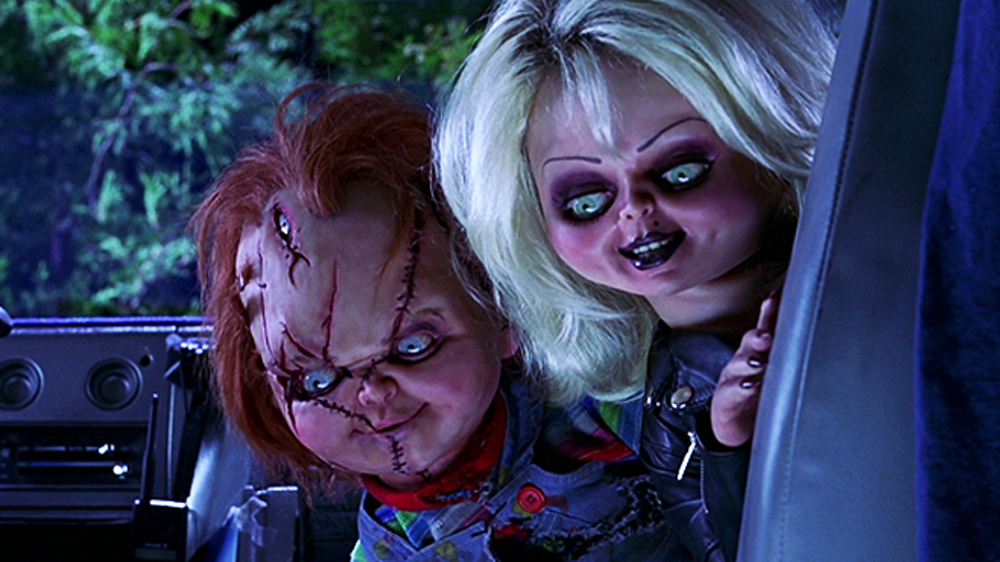 Ronny Yu was on a roll in the late ’90s and early ’00s, as he helmed some of the biggest horror franchises including this fantastically funny addition to Chucky canon. Starring Dourif, alongside new addition Jennifer Tilly as Chucky’s love interest, this is easily one of the best Chucky films as the pair wreak havoc trying to retrieve a magical jewel buried alongside Charles Lee Ray. This is where the franchise really got its rep as a horror comedy goldmine. 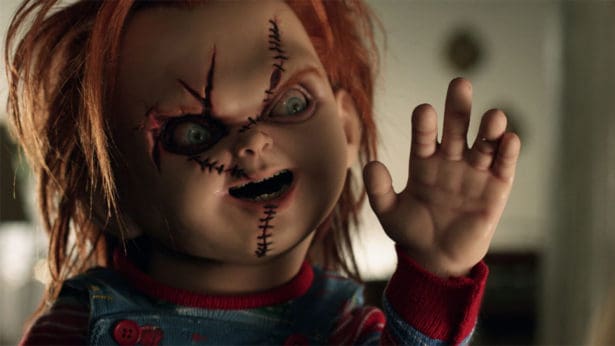 After a nine year absence, Chucky returned in this frightening film that starred Brad Dourif’s daughter Fiona as Chucky’s newest victim. Reverting back to the more streamlined possession horror of the original film, this strong sixth entry revived the franchise and introduced a whole new generation to the terrifying doll and his maniacal ways. The film also ends with a cameo from original Child’s Play star Alex Vincent, who would go on to star in 2017’s Cult of Chucky. 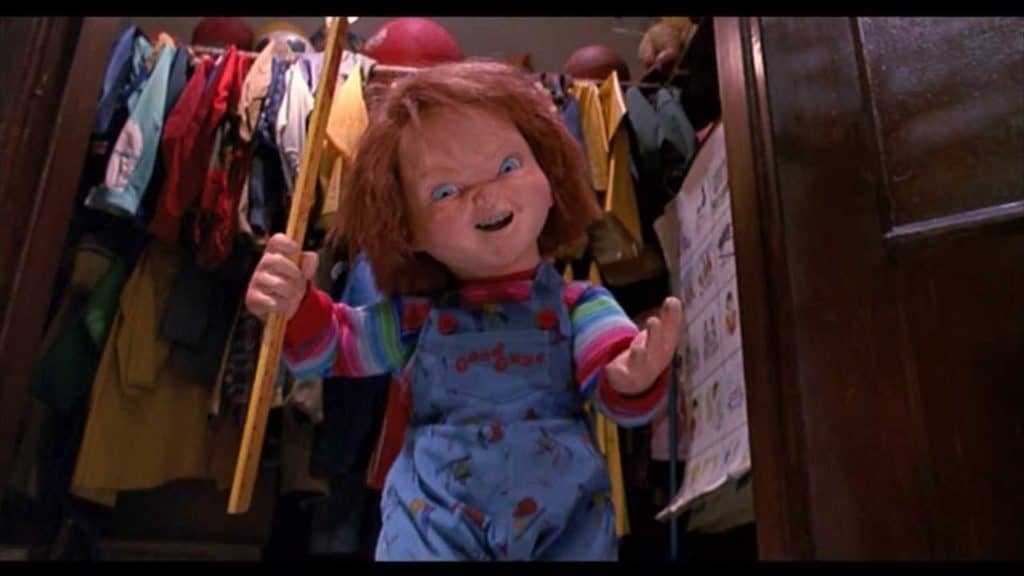 The writer of the first film, Don Mancini, returned for this–and every other–sequel which followed little Andy from Child’s Play as he deals with the fact that no one believes his outrageous true story of the killer doll who ruined his life. The first of the films to sow the seeds of the campy horror humor that the series would become known for, Child’s Play 2 is a whole bunch of fun, still managing to straddle the line between gore and giggles. 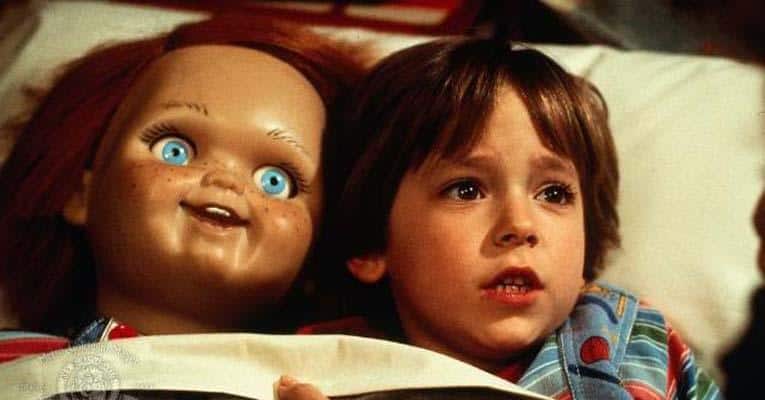 The original and the best. Tom Holland’s astoundingly creepy, strangely magical, and wonderfully unique ’80s slasher can’t be topped. It was the film that launched a franchise so strong it’s still going 30 years later. All little Andy Barclay wants is a Good Guy doll, but when his mom buys him one down a dark alley they both get more than they bargained for as the doll is imbued with the soul of a serial killer. Incredible casting, witty writing, and bleak humor make this a stone cold cult classic.

What’s your favorite Chucky film? Can’t wait to see the new version of the little doll who could (kill)? Be a good boy and let us know below!