Airborne Microbots Will Float in the Wind Like Seeds

Engineers across the globe are champing at the bit to make tiny robots. Once things get small, size scales blend together, but needless to say researchers are exploring everything from bots as big as beetles to ones that can squeeze through syringe tips. Slotting somewhere in the middle are new “three-dimensional electronic fliers” from Northwestern University engineers who took their inspiration from seeds. 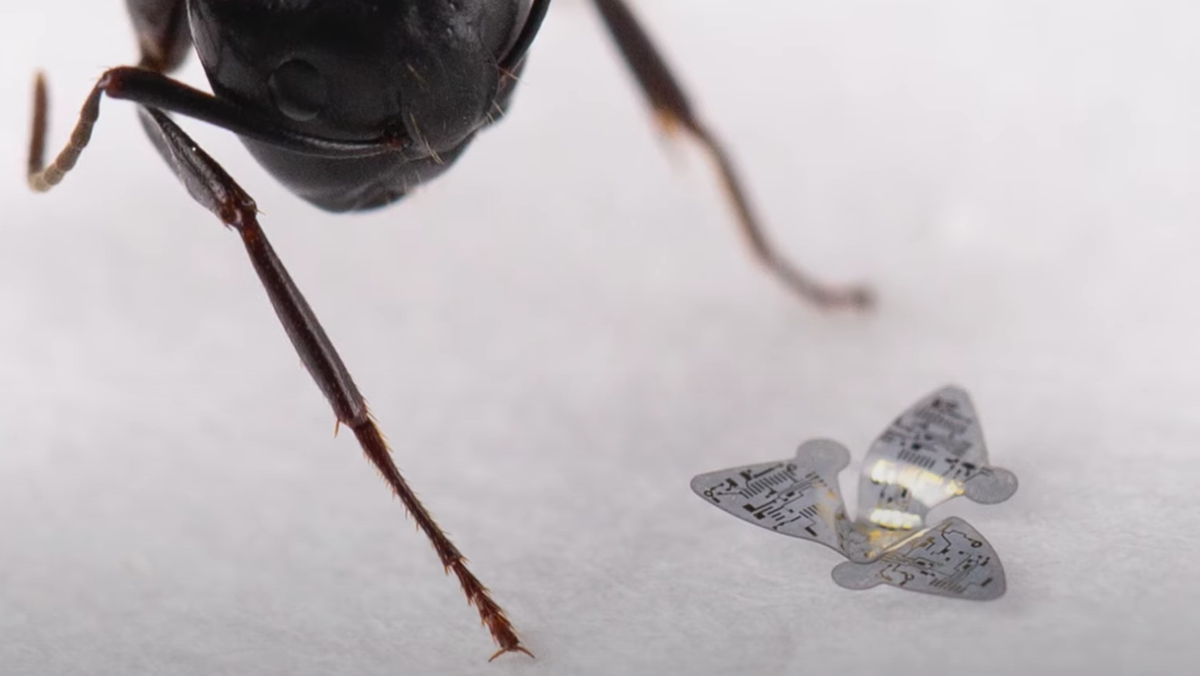 In the video below John Rogers, a pioneer in bioelectronics who led the development of the aerial microbots, explains how the microfliers work; noting that the goal of this project was ultimately to “add capability for winged flight to electronic circuit” chips.

As the video explains Rogers and his colleagues looked to various types of seeds—including cottonwood seeds, maple seeds, etc.—to develop the aerodynamics of their microfliers. Rogers notes that seeds have developed their aerodynamic profiles over the course of billions of years; an evolutionary trial that’s made them particularly good at dispersing on the wind.

The microfliers themselves look a lot like the seeds of flowering plants belonging to the genus Tristellateia. Each airborne bot has a trio of clear polymer “wings,” each of which has computer circuits printed on them. The microfliers also have digital sensors, the ability to communicate wirelessly, and an onboard power source. (It sounds like there’s equal merit for an onboard battery or solar panels.)

It seems one of the best ways to deploy the microrobots would be to drop them out of an airplane. Thanks to their shape, they’d slowly float on the wind as they descend toward Earth. Collecting and beaming back to scientists all types of environmental data on their way down. 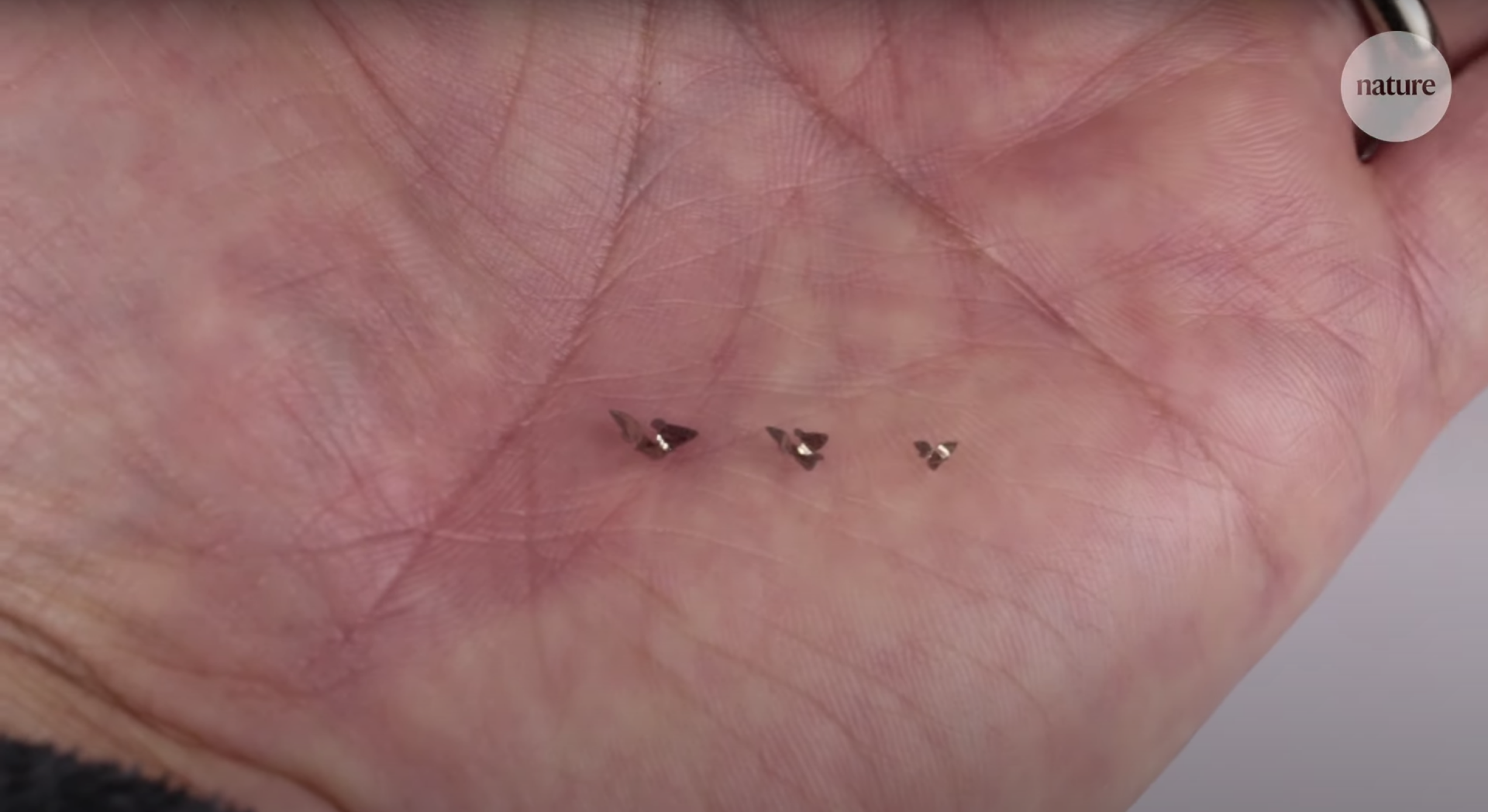 As for what that data could be? It sounds like the sky’s the limit, so to speak. Rogers notes several possibilities in the video, including using the microfliers to monitor pollution in the air. Rogers and his colleagues also mention “population monitoring” and “disease monitoring” possibilities in their paper describing the microfliers in the journal Nature. Which sounds like there may be potential for a whole new budding industry here.