A Comparison of How Much Land Is Devoted to Different Crops

Thinking about where our food comes from is always good. Knowing how animals become Saran-wrapped meat on store shelves, for example, may make you rethink what you eat. Now, YouTuber MetaBallStudios (MBS) has a video comparing the sizes of lands harvested to make various crop types. And while it won’t change anyone’s dietary habits, it still gives a new perspective on just how much food humanity eats.

MBS posted the above comparison to his channel, which has countless other comparisons. Ones looking at, for example, the sizes of different fictional watercraft, or the sizes of the asteroids in our solar system.

The YouTuber—a 3D animator named Alvaro, based in Spain—shows dozens of crops in the video, including wheat, oranges, and sugar cane. The video shows that land harvested for soybeans, for example, measures out to 120,501,000 hectares, or approximately 465,000 square miles. (For reference, New York State is 54,556 square miles.) 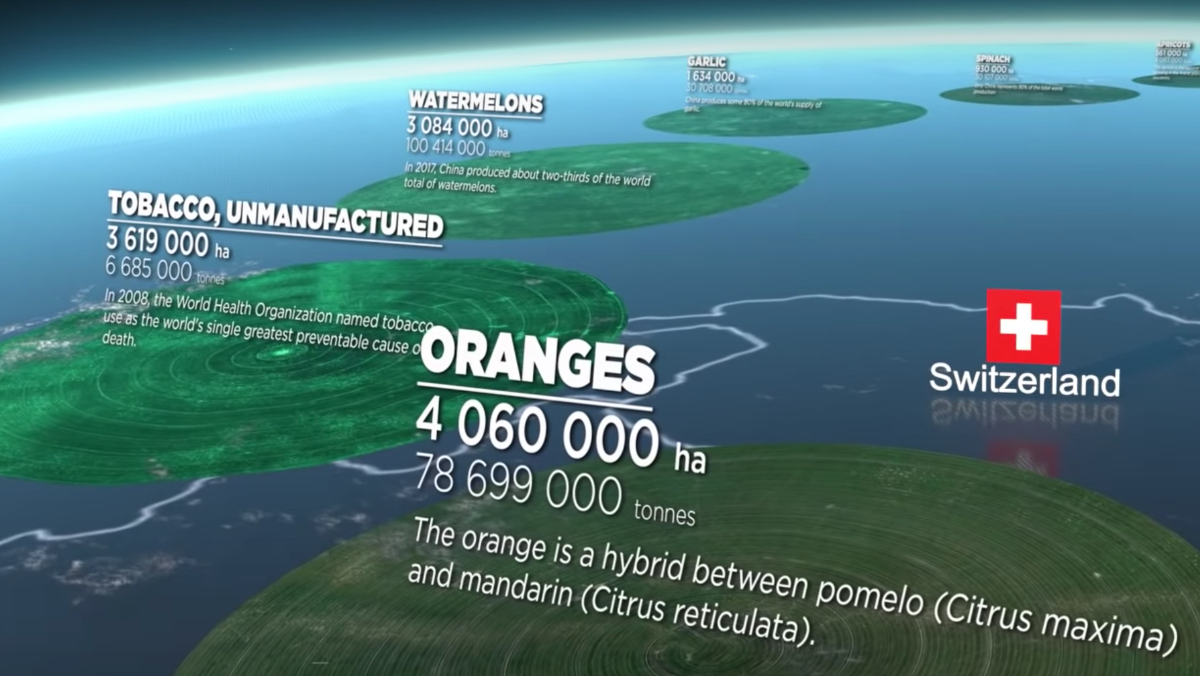 The largest amount of harvested land, of course, belongs to wheat. To grow the cereal grain, and staple food, requires 215,901,000 hectares of land spread out across the world. The collective wheat, MBS shows, would weigh more than 765 million metric tonnes.

As for the smallest amount of harvested land for a crop in this lineup? That belongs to jojoba seeds. Jojoba seeds—a.k.a. goat nuts, deer nuts, pignuts, wild hazel, quinine nuts, or coffeeberries—are native to the Southwestern US. Currently, people most often use them to make a liquid wax that’s somewhat similar to whale oil. 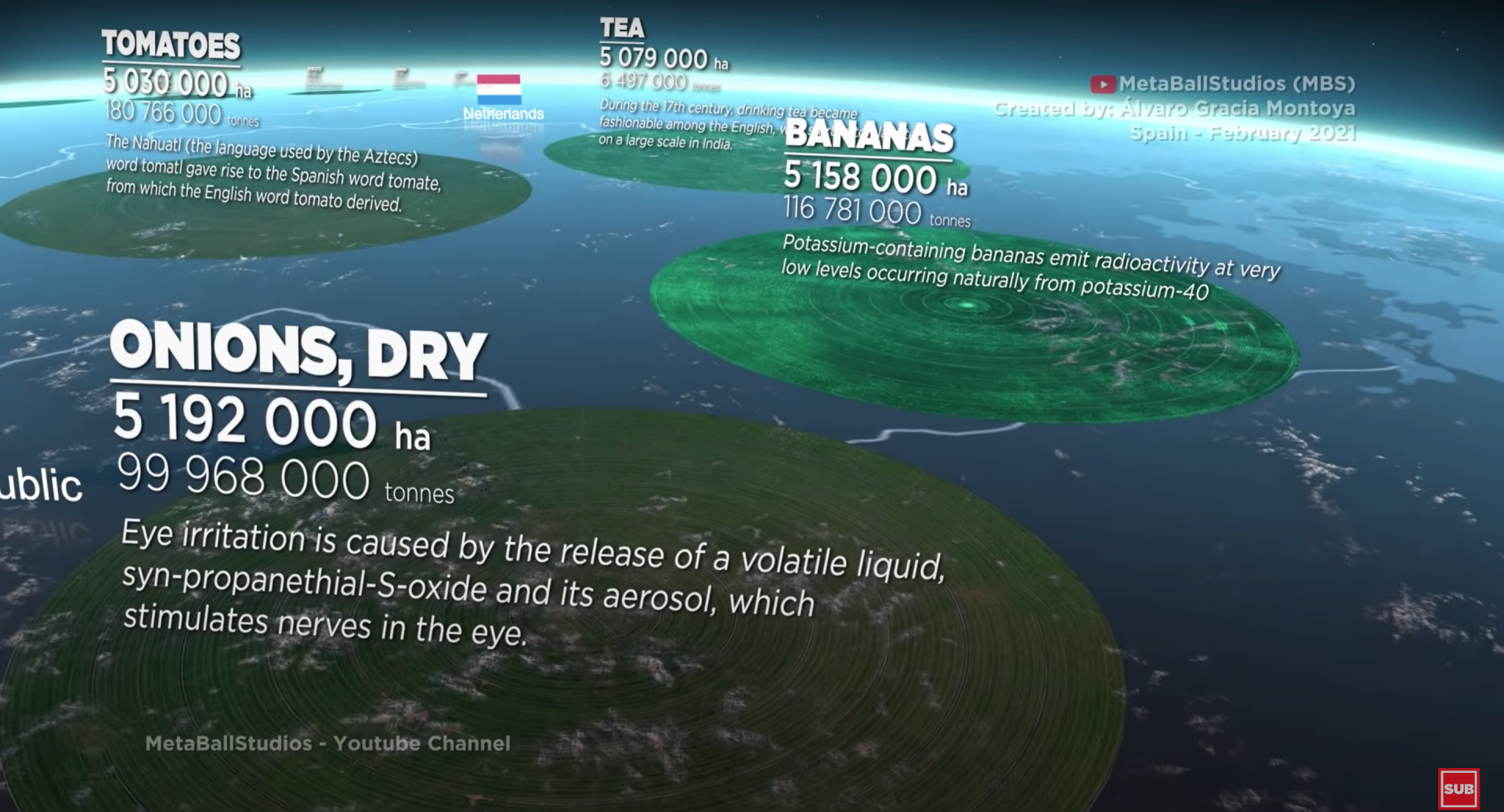 Anyone now looking for more size comparisons should check out MBS’ channel. The animator has a lot of other videos that give a new perspective on the size of terra firma; like this one comparing the sizes of different countries if they were planets. Or this one, which actually has nothing to do with Earth, but involves Star Wars and is therefore worth watching.