Because there’s been an influx of miniature-scale robots lately, it shouldn’t come as a surprise the bots are constantly shrinking. Now, a team of researchers has upped the ante on scaling down mechanical creatures with new micron-scale robots. And it’s apparently so easy to produce the tiny bots that the researchers made a million of them.

The team of researchers, led by Assistant Professor Marc Miskin at the University of Pennsylvania, outlined how they built the microscopic robots in a paper recently published in Nature. The researchers specifically highlighted how they were able to build a new class of actuator that works for these 100-micron-long bots. (For reference, 100 microns is roughly equal to .004 inches.)

As Nature notes, the new type of solar-powered actuator is unique in that it operates electronically and can be layered directly onto the circuit board that controls it. This is an important breakthrough because in order to be useful, micron-scale bots need both proverbial brains and brawn. The brains in this case being the circuit board and the brawn being the actuators, which behave like little legs. 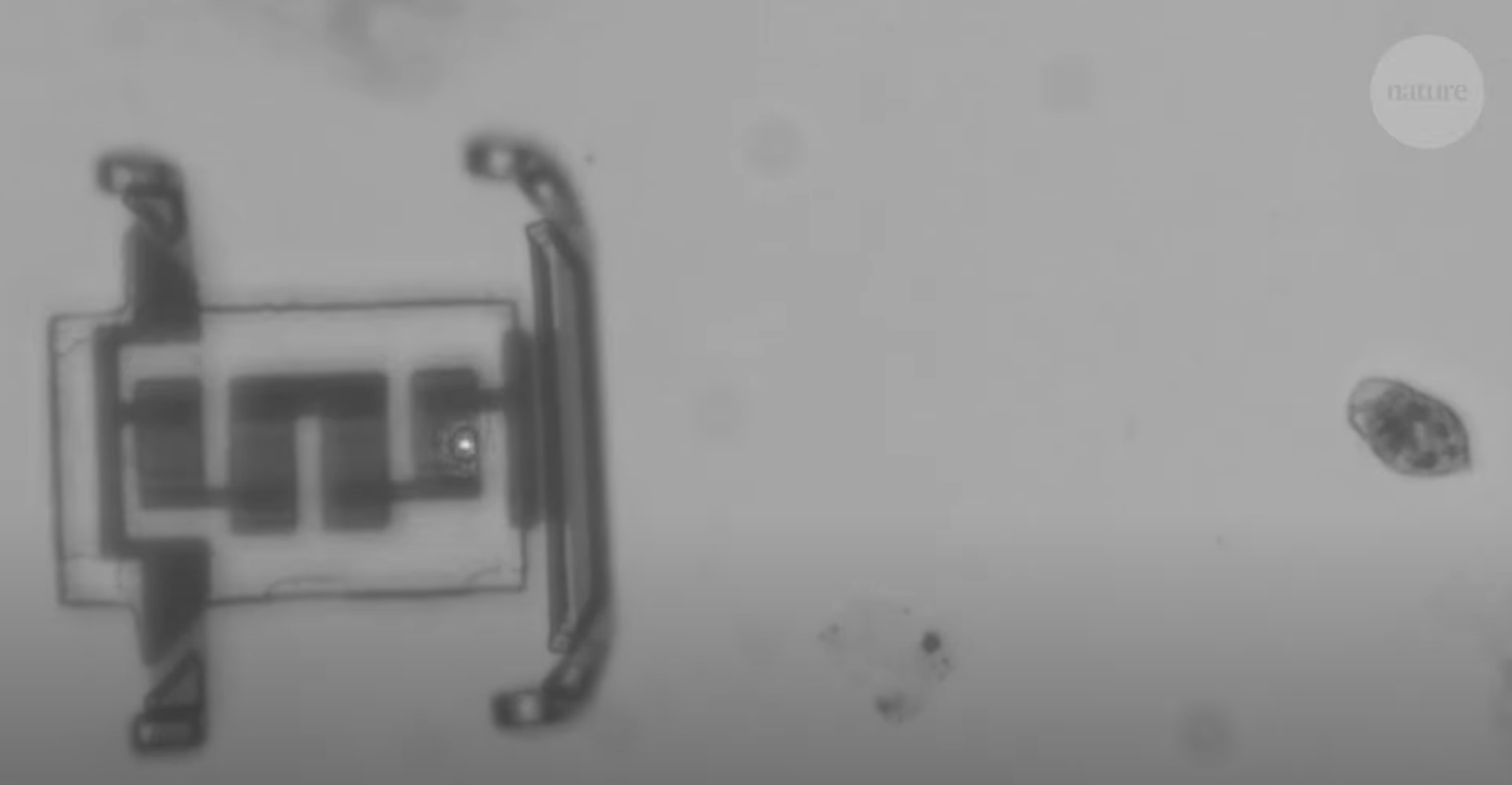 “Each solar cell is connected to a specific leg and by shooting the solar cells in sequence with a laser, you trigger the legs to contract to move in the way you want,” Miskin said in a New Scientist report on the findings. “It’s really cool,” the researcher added.

Unfortunately, as of right now, the bots are essentially useless. But Miskin says they provide a critical demonstration that it’s possible to mass produce micron-scale robots with on-board electronics. Miskin et al. produced one million of the bots, which are so small “swarms” of them can be injected via syringes. 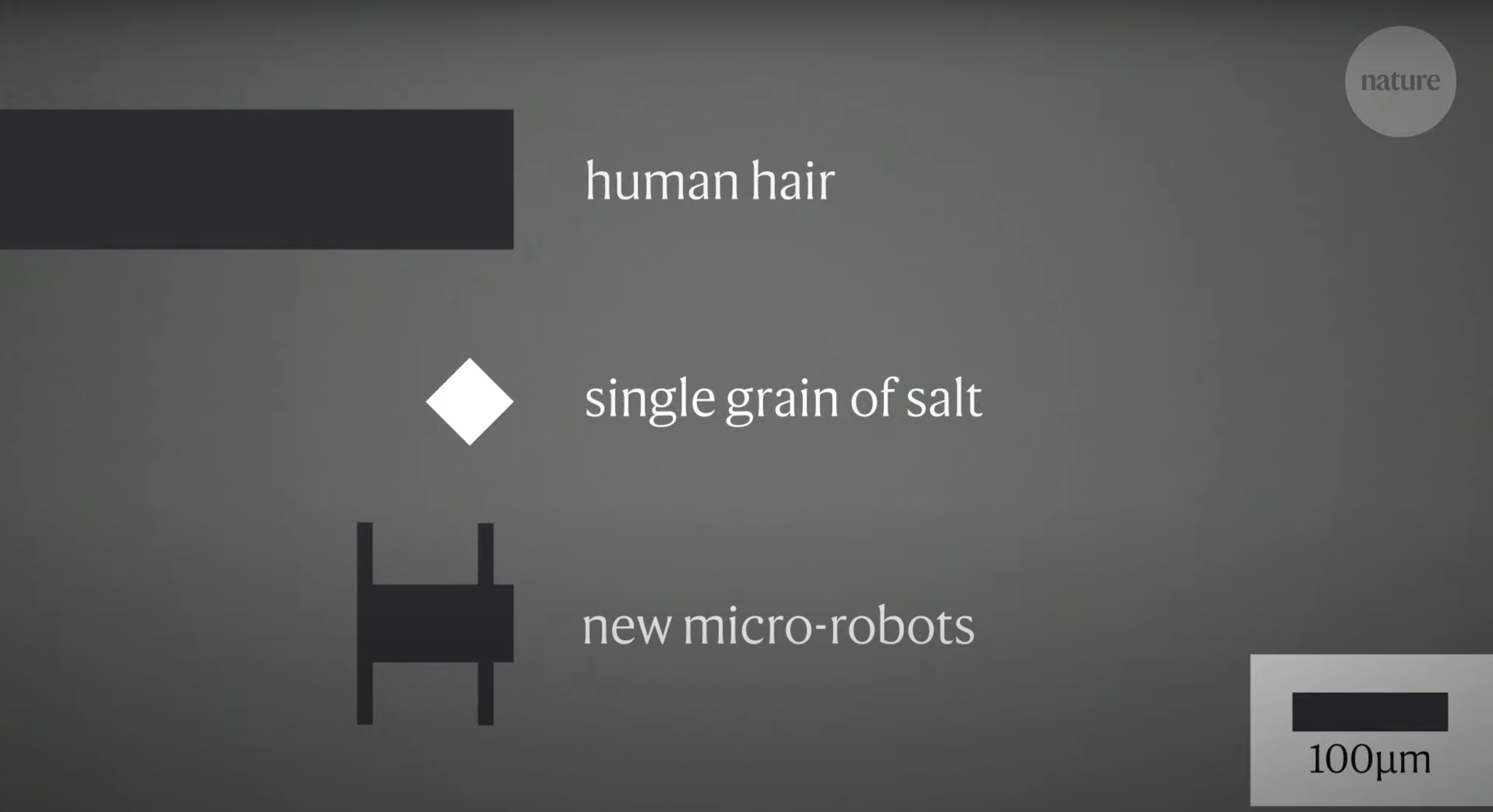 Looking forward, Miskin says the next goal is to incorporate functionality into the microscopic robots. The researcher says he and his colleagues want to imbue the bots with sensing capabilities, as well as programmability. Eventually, Miskin says the micron-scale robots could tackle crop pests, or even help fight cancer.