Although the Empire in Star Wars has way more armies, bases, and battle droids than the Rebels there’s one thing the resilient “scum” has the dark side doesn’t: hyperdrive rings. Literally speaking as the externally attached starship add-ons used to achieve faster-than-light travel simply don’t exist for dark-side fighters in the canon. Now, however, artist and YouTuber EC Henry has fixed that gap with a new render of a TIE fighter hyperdrive ring. And it’s so cool it should be canon.

EC Henry recently posted a video outlining his proprietary TIE hyperdrive ring to his channel. For those unfamiliar, the ‘Tuber and artist focuses on making projects related to Star Wars and Star Trek. And he is, frankly, one of the biggest nerds in the world as far as we’re concerned. In the past for example, Henry calculated just how gigantic the Enterprise-D from The Next Generation is. As well offered a close-up look at the thermal exhaust port on the Death Star that wasn’t vulnerable to attack. 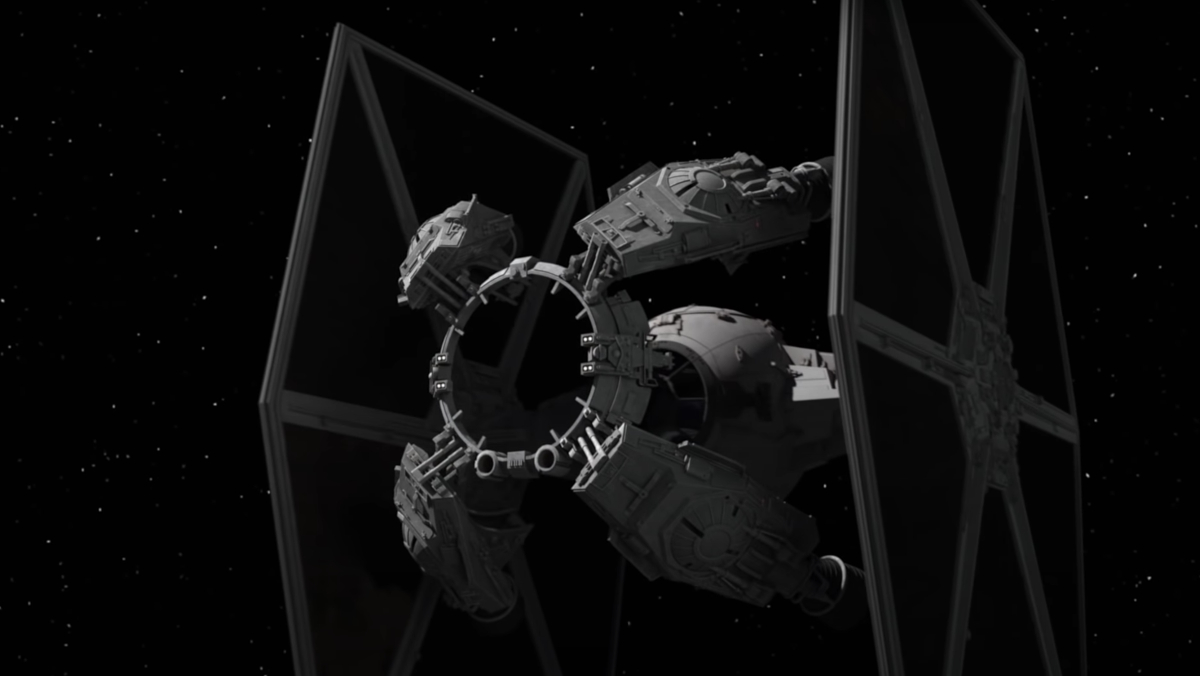 In this video Henry shows us his renders of his TIE hyperdrive ring design; not only giving a plethora of technical details, but also a historical background concerning how the Empire could’ve developed the device in the first place. (Again, huge nerd alert!)

As Henry notes his invention is a dark-side take on the starship hyperdrive booster rings introduced in the prequels. (They appeared for the first time on Jedi starfighters.) Henry’s rings are specifically meant for TIE fighters, allowing them to execute FTL travel exactly one time before they have to be discarded as space trash. According to Henry’s lore, this is actually more cost effective than trying to maintain the rings over time.

While Henry superbly designed the TIE hyperdrive ring, in universe, it was Arakyd Industries. This is, of course, the arms and droid manufacturer responsible for much of the dark-side’s heavy artillery. Which is an important detail because it reminds us all that credits are what make the world go ’round even in a galaxy far far away. Although there’s certainly no way to buy a good heart. Or a perfectly placed proton torpedo.