Breaking Down THE FALCON AND THE WINTER SOLDIER's End Credits - Nerdist

Breaking Down THE FALCON AND THE WINTER SOLDIER’s End Credits

Here at Nerdist, we love an Easter egg. The first episode of The Falcon and the Winter Soldier gave us plenty to dwell on. The premiere’s credits sequence was also filled with teases, references, and exciting nods to comics old and new. There was so much to talk about that we’re dedicating this whole post to the credits alone! So if you want to dissect them with us and learn all about the X-Men, Thunderbolts, and the Black Captain America, then you’re in the right place! 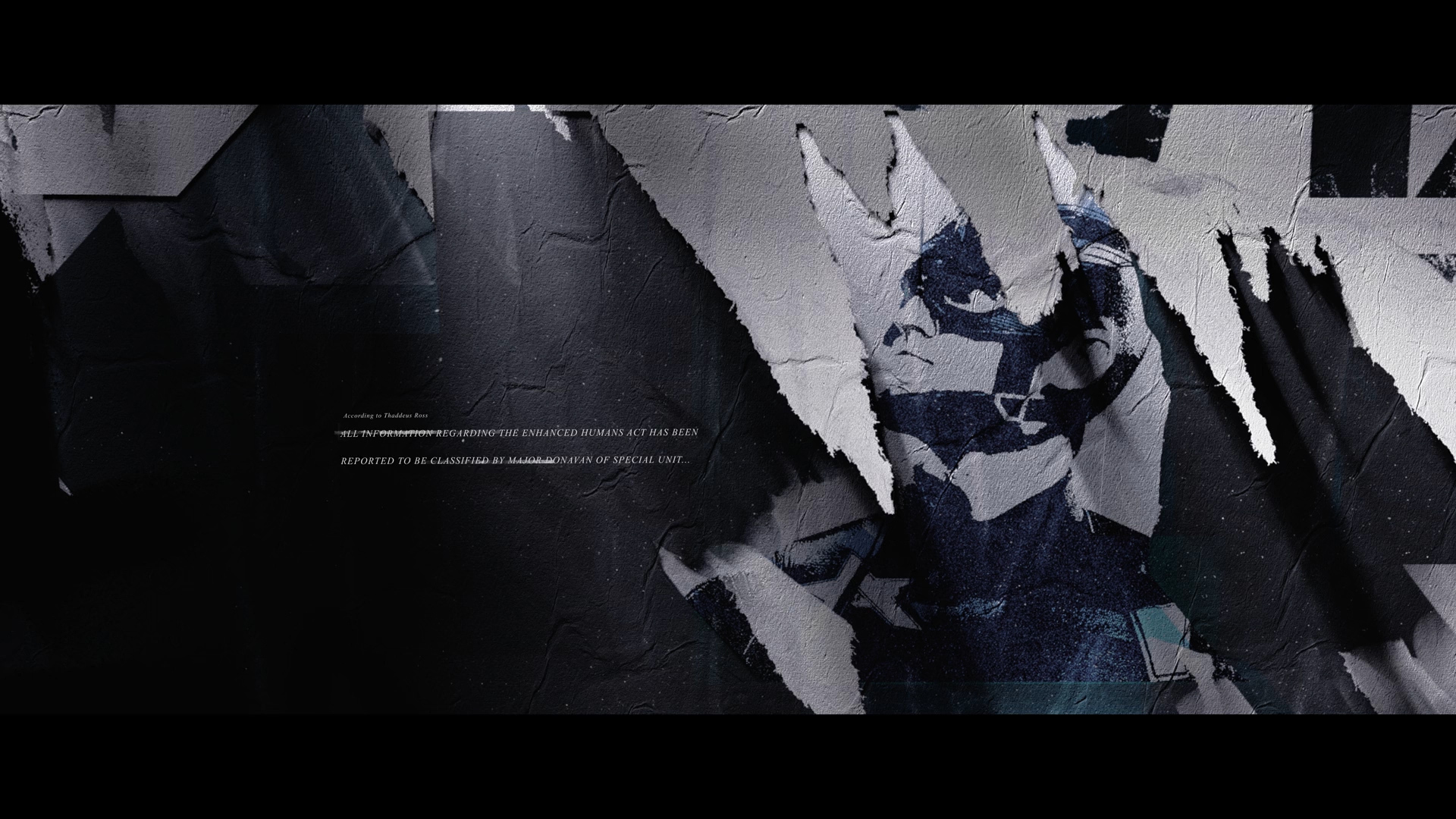 Against the backdrop of images from old Cap comics and propaganda for John Walker, we get our first hints about the “Enhanced Humans Act.” As we go through the credits, we see multiple notes and quotes from the act or about it. Per one slide: “According to Thaddeus Ross all information regarding [it] has been reported as classified by Major Donovan of Special Unit.” So let’s talk about why Thaddeus Ross is so important. 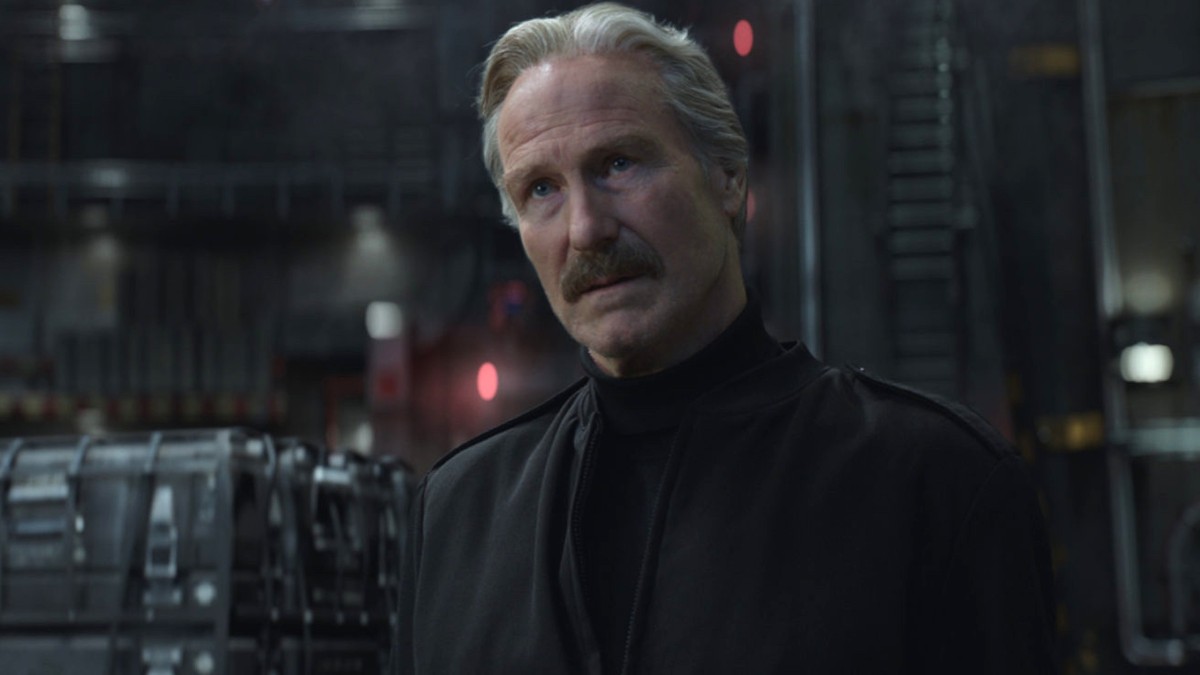 The fact that Ross is included at all is exciting; for a while, we’ve thought he might be a potential leader for a possible iteration of the Thunderbolts. The group was first introduced as a team Baron Zemo formed using disguised villains as new heroes. Later they reformed and have had multiple members including Bucky Barnes and Batroc, who are both also in The Falcon and the Winter Soldier. But the most intriguing thing here is his connection to the “Enhanced Human Act.”

In the comics, Ross experimented on himself and became the Red Hulk. During this time, he was also a member of the Thunderbolts. So could Ross have a personal interest in the Super Soldier Serum? It’s very possible. And perhaps the reason he’s making super soldiers is to create a team of his own for which he’s the namesake. 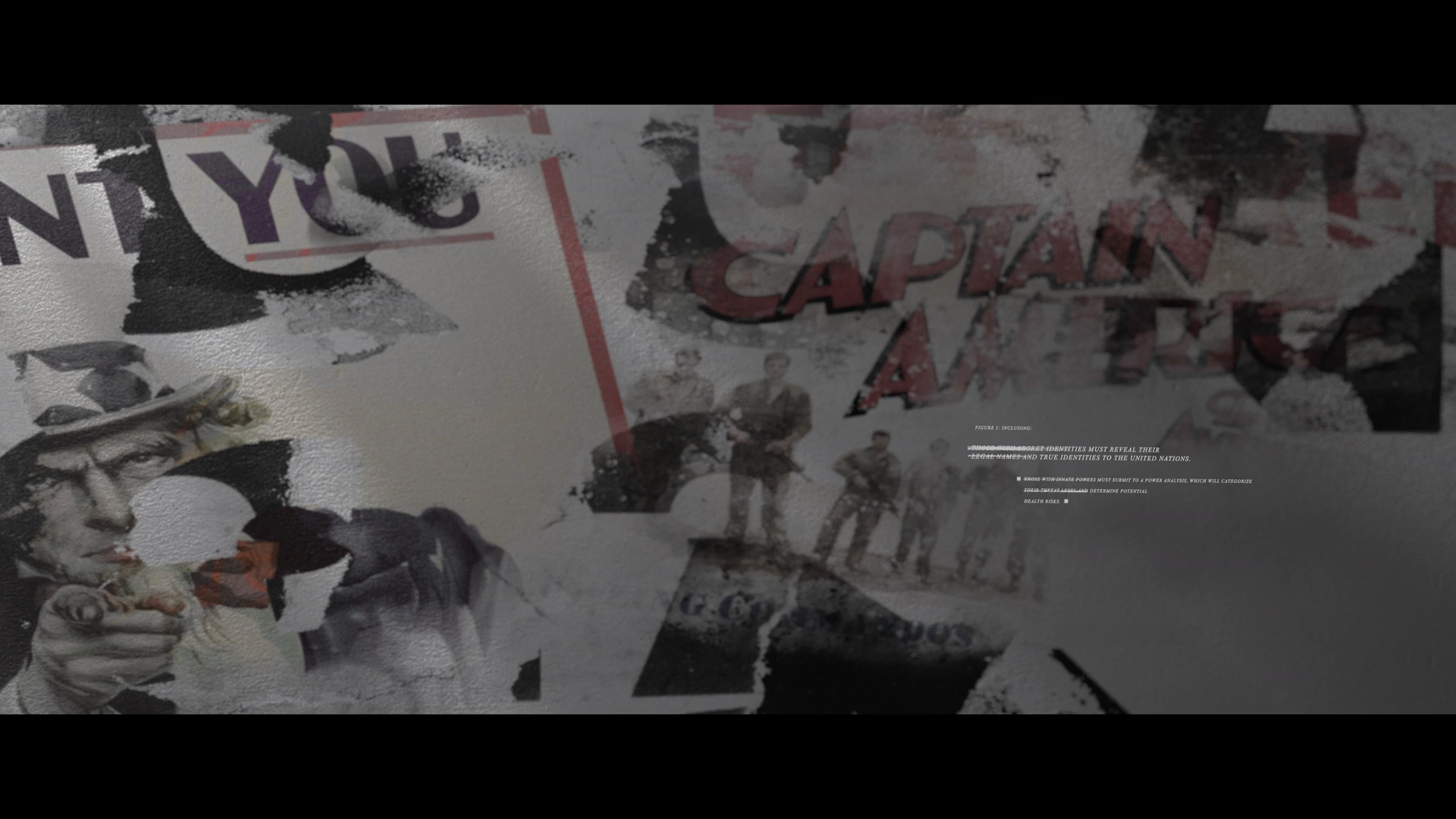 We see a lot of references to the Sokovia Accords here. There are excerpts from legal documents about US extradition treaties and refugees. Interestingly, we get some info about the way that countries can use superpowered folks in other nations. That seems pretty relevant as not only are we getting man-made supers here, but we’re also dealing with a “terrorist” group that wants to end all borders. Torres references the fact that, during the Blip, people could move without borders; the Flag-Smashers want a return to that. What does that mean for the accords? 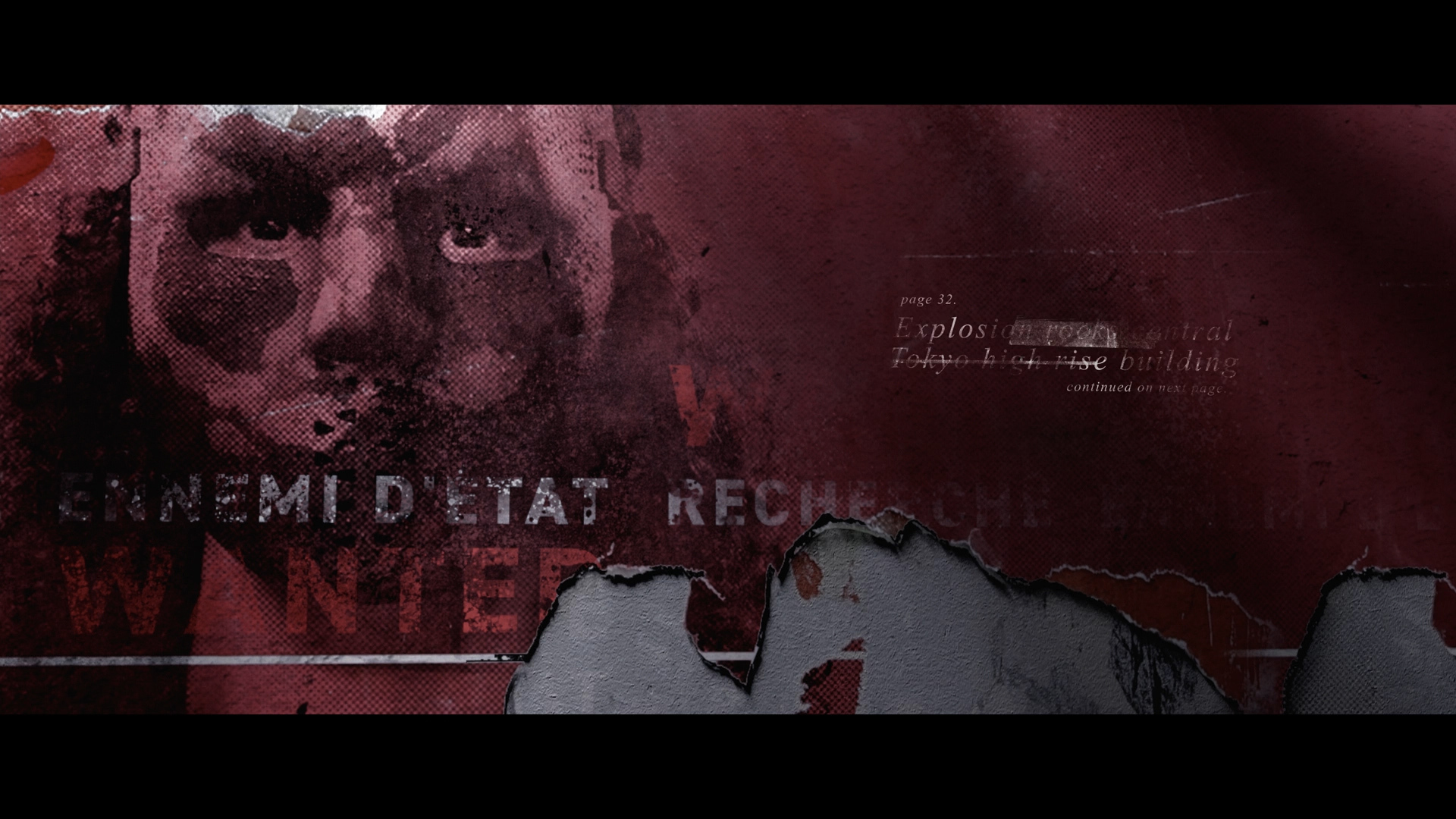 We get to see a Wanted poster here featuring Erin Kellyman’s Karli Morgenthau. The image also features this headline: “Explosion rocks central Tokyo highrise building.” This insinuates that the Flag-Smashers were involved, but we’ll have to wait and see to confirm that. So far, the only significant character in the MCU who’s been in Tokyo recently is Hawkeye. During his time as Ronin—eye roll—he killed martial arts icon Hiroyuki Sanada. Seeing as he was alive and in Tokyo during the Blip, there’s always a chance that Hawkeye could have crossed paths with the Flag-Smashers during his time there. 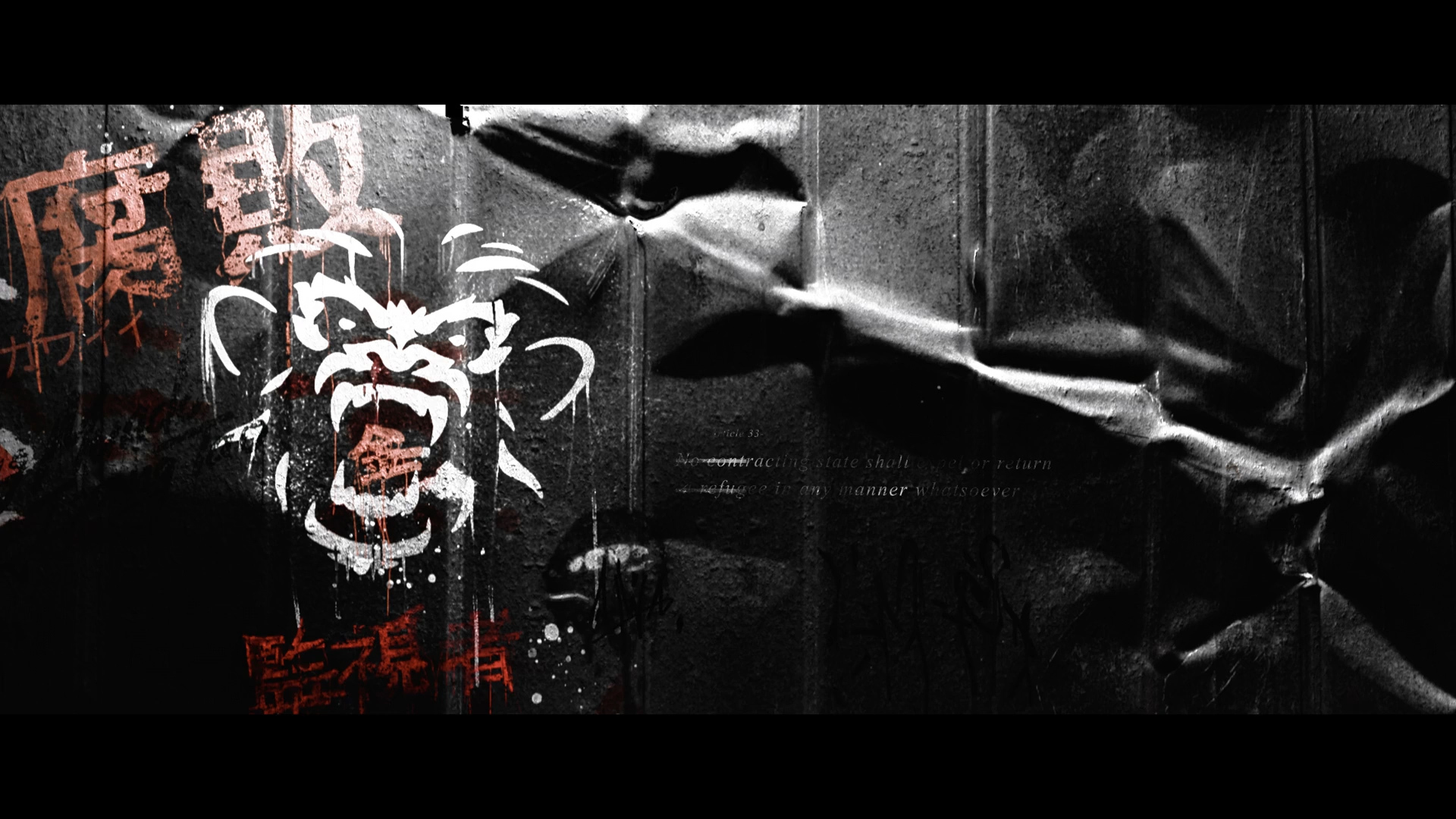 One of the graffiti shots shows us an angry ape outline. This is almost certainly referencing the Bronze Monkey/Brass Monkey Saloon. Leaked set photos showed that the bar would feature in the show; a moment from a new trailer shows Bucky in a bar fight at this very pub. This is an exciting moment for X-fans, as it confirms the show will include Madripoor. Hopes have been high since fans seemed to spot the fictional country’s flag in leaked TFATWS set photos. The lawless nation has been a key location for years. The Brass Monkey Saloon first appeared in Captain America comics by Mark Gruenwald. If that name sounds familiar then it’s because he’s the co-creator of John Walker. See, it’s all connected. 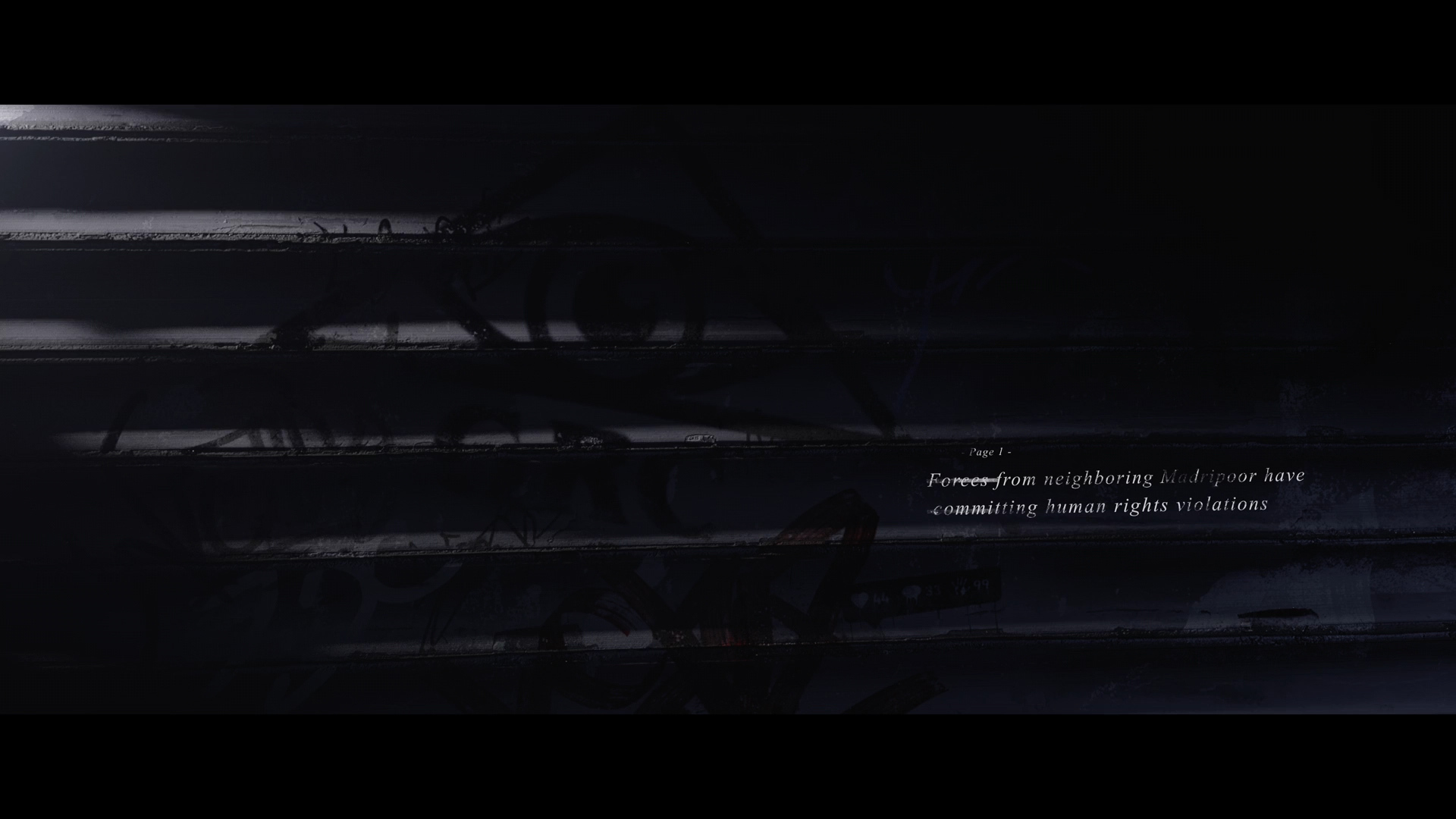 Over a corrugated iron background we get our first direct reference to Madripoor. “Forces from neighboring Madripoor have been committing human rights violations.” If you’ve ever read the comics that feature the locale, you probably won’t be surprised they’re up to no good. First introduced in New Mutants #32, the destination quickly became a key location in Wolverine lore.

Most famously, Madripoor appears in Jim Lee and Chris Claremont’s Uncanny X-Men #268 where Captain America and Wolverine team up to rescue a young Natasha Romanoff before she becomes the Black Widow. Now, we’re not saying that Logan is going to turn up… but keep your eyes out for a man named Patch, because that was what he was going by in some of his best known Madripoor adventures. 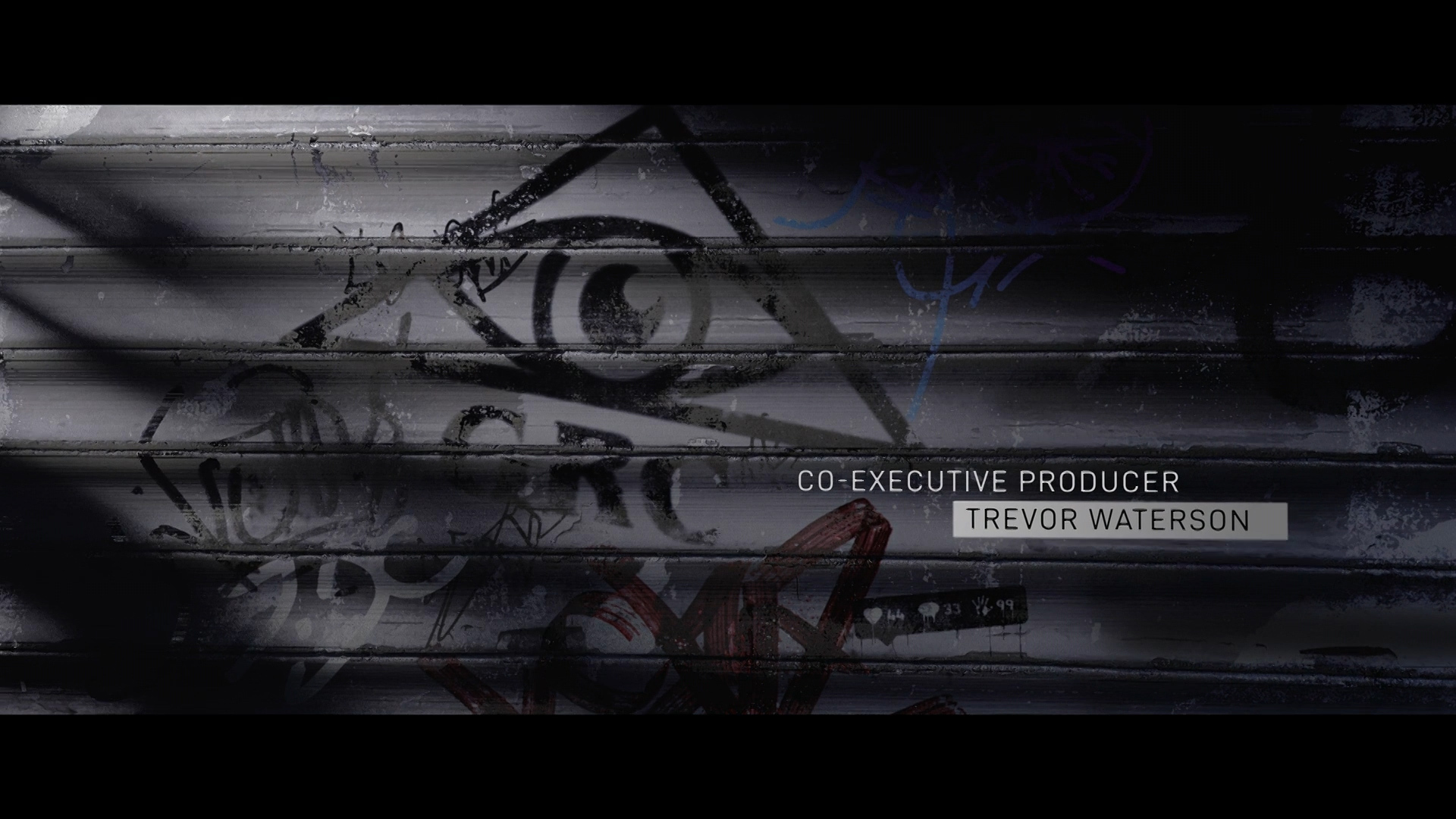 Sure, this could just be some random graffiti, but nothing seems random here. While the GRC is not something from Marvel comics, and the logo doesn’t immediately jump out as anything other than the classic Eye of Providence, there is one character who wears one on his chest in the comics: Dr. Anthony Druid. Is Doctor Druid going to show up? Probably not. But I love the mystical Avenger, so I’m taking it as an Easter egg.

More importantly, there’s precedent in Marvel Comics for a different kind of Illuminati that could be relevant here. The heroic group known as the Illuminati was founded by Mister Fantastic, Iron Man, Professor X, Doctor Strange, Black Bolt, and Namor. They were established because of the Kree-Skrull war. And we know Secret Invasion is coming, so this could be a hint at what’s in store for that series. 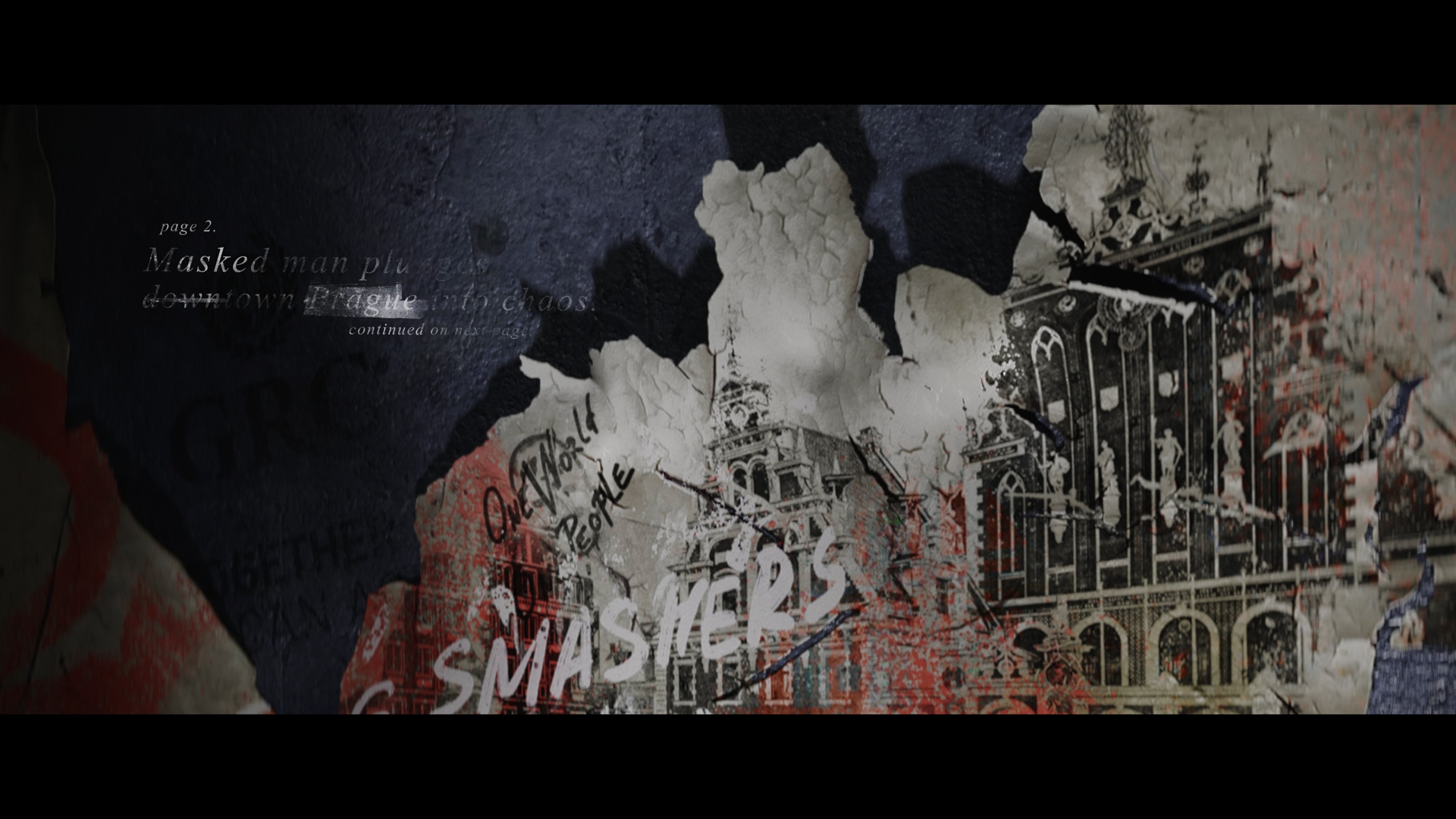 “Masked man plunges downtown Prague into chaos.” The specification of “masked man” and the European setting makes us think this is about Baron Zemo. But it could also be a reference to the Flag-Smashers. Another interesting option is just any of the Enhanced Humans. In the comics, John Walker was the villainous Super-Patriot before he became Captain America. Could he have followed a similar path here?

The Real History of Captain America 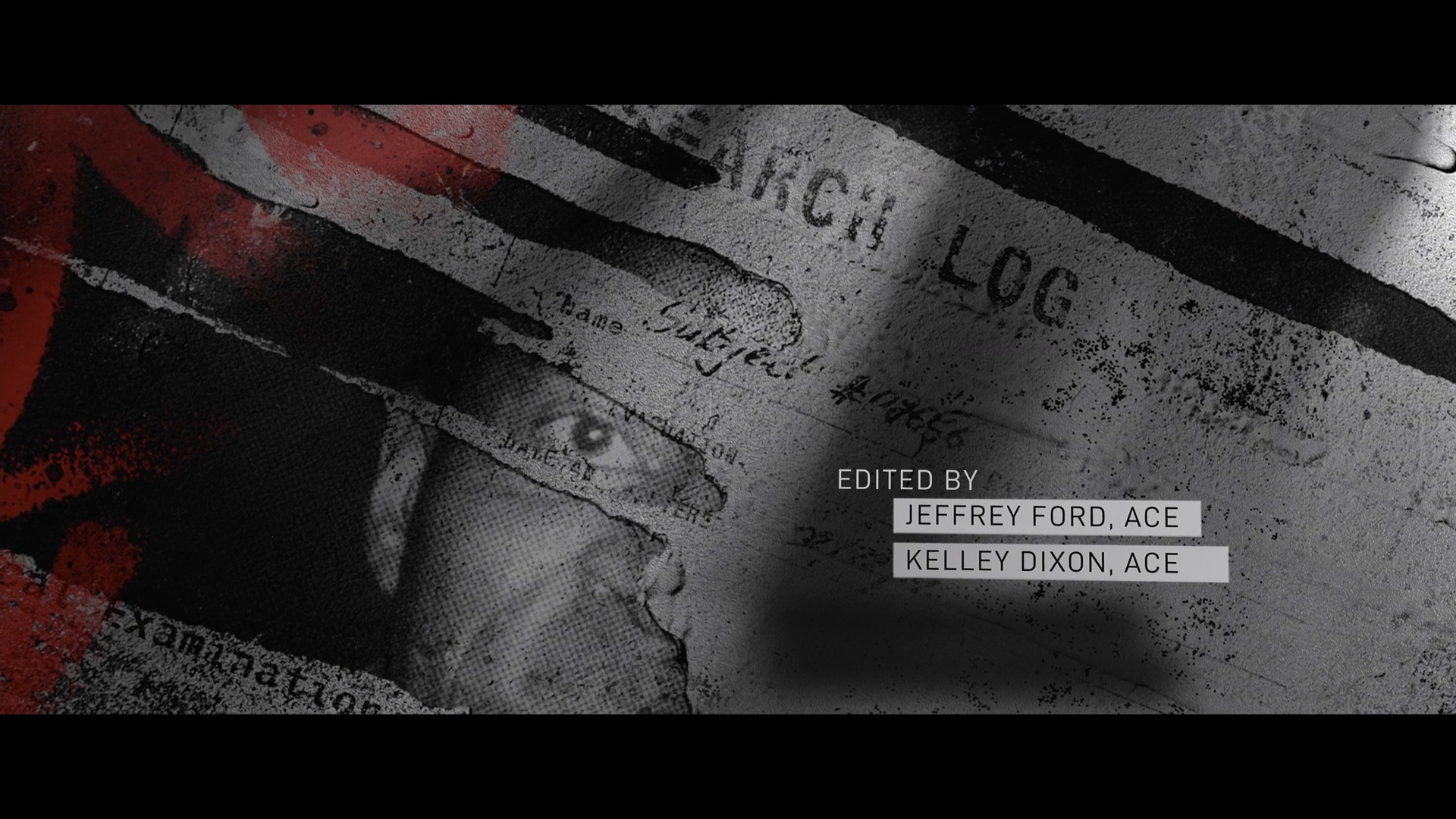 Since Sam first uttered the words “the history of that shield is complex” in one of the trailers for the series, we’ve wondered if we’ll see an exploration of one of the most vital and important parts of Captain America lore. These credits hint that might be the case. An image of a Black couple standing together as well as what looks to be an enrollment card that shows Carl Lumbly with the word Subject next to him makes us think that he’ll be showing up. Who will he be playing? We’d bet on Isaiah Bradley, the Black Captain America from Kyle Baker and Robert Morales’ powerful Truth: Red, White, and Black miniseries.

The series follows the American government as they attempt to remake the Super Soldier Serum developed by a former Nazi scientist that eventually created Captain America. In their quest, they essentially kidnap 300 Black soldiers who become lab rats for horrific trials that kill most everyone involved.

This powerful story reflects the devastating real history of the Tuskegee Experiments and America’s tradition of utilizing Nazi experiments to create “medical breakthroughs.” Baker’s transgressive cartooning makes this one of Marvel’s must read comics; it looks like the story will come into play as we learn the history of the Captain America mantle in the MCU. 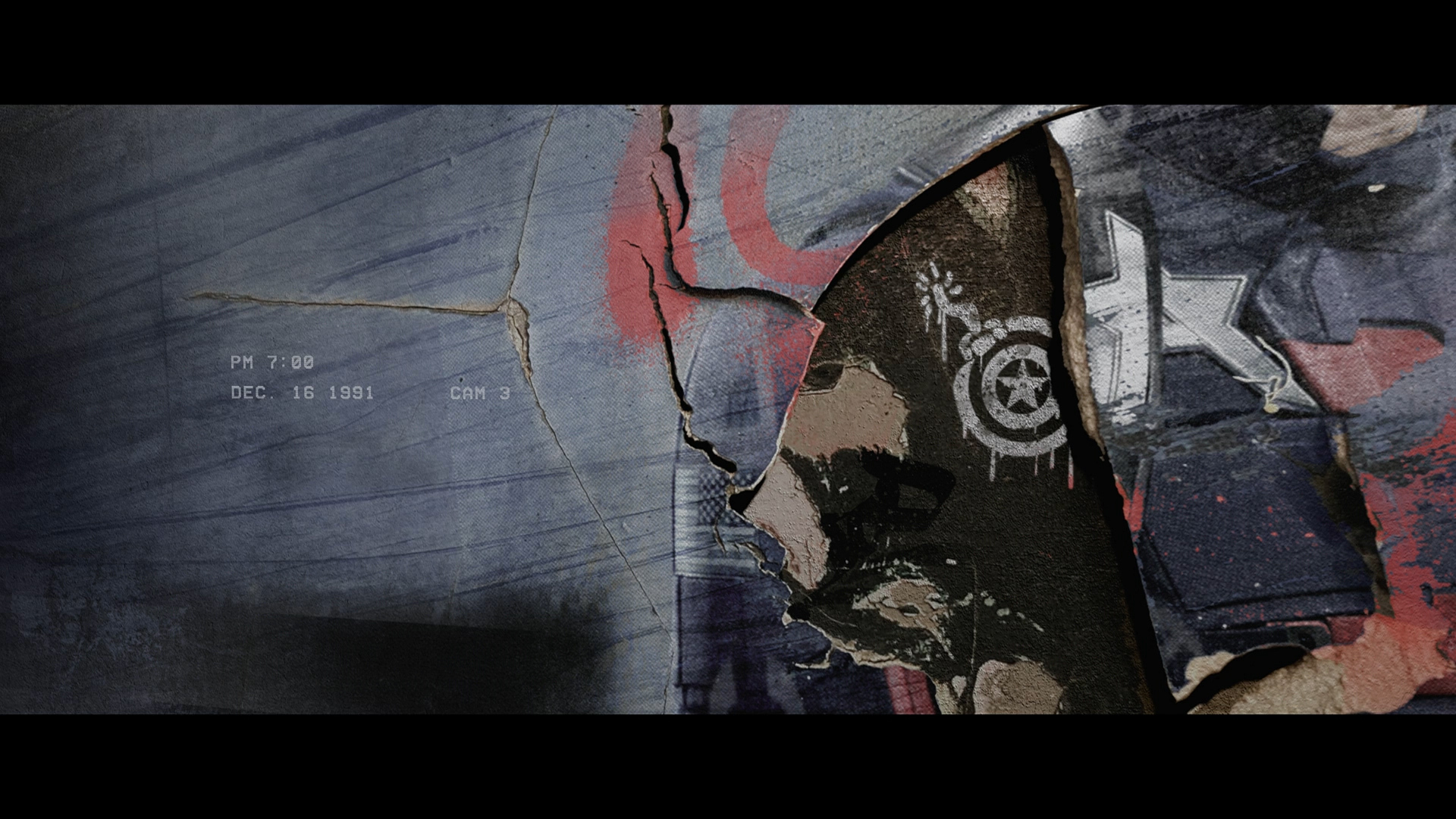 Remember the bro-heavy brouhaha of Captain America: Civil War? Where Captain America turned against his fellow heroes to save his good bud Bucky? Well, we get some references to one of the key reveals in that film here: the murder of Tony Stark’s parents at the hands of the Winter Soldier. As we learned in that flick, the event took place on Long Island, New York on December 16, 1991.

We see those dates reffed more than once here as well as Bucky’s Winter Soldier trigger words. The series of seemingly innocuous phrases on the wall used to have the power to set Bucky on a murderous rampage; we see him coming to terms with this in therapy during this episode. 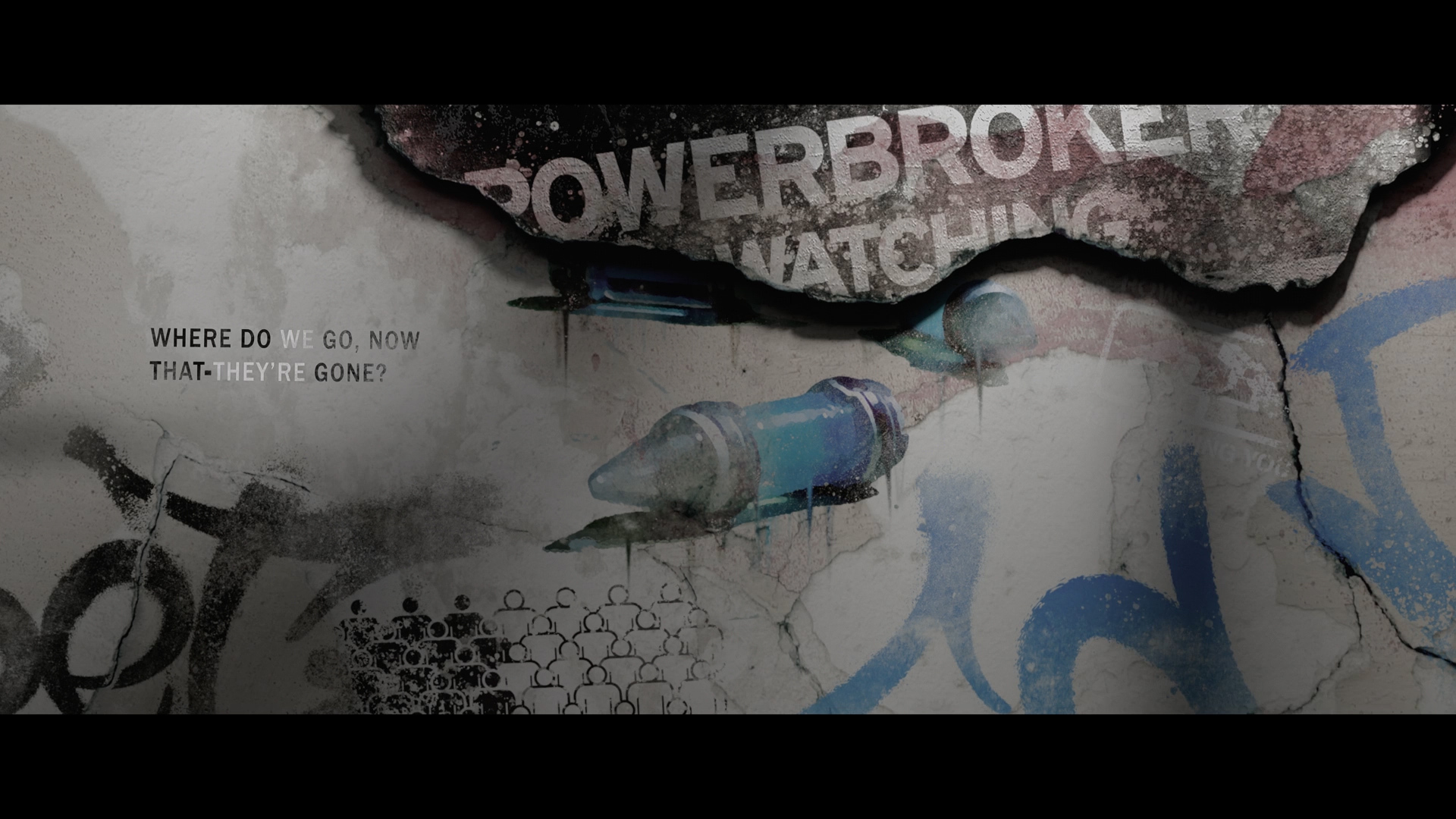 This is a very interesting nod to the origin of John Walker a.k.a. U.S. Agent. When he becomes Captain America during issue #333 of the series, we learn that he received his abilities from the Power Broker. The villain founded an organization that used technology to make superhumans out of normal folks. To see them referenced here implies that might be how John got his powers in the show. It even could hint that the government is in cahoots with the Power Broker a.k.a. Curtiss Jackson or the evil Dr. Karl Malus. This would make sense, as we know the show will feature “Enhanced Humans.” That leads onto the other part of why Power Broker is relevant.

If we look back to the comics, the mad scientist behind the group was Dr. Karl Malus. Why is he important to The Falcon and the Winter Soldier? Well, he was responsible for the comic book experiments on Joaquín Torres. He later became the next Falcon, seeing as he was now part bird. We met Joaquin in this episode and have already theorized that he might become a key player in the show and the MCU going forward. 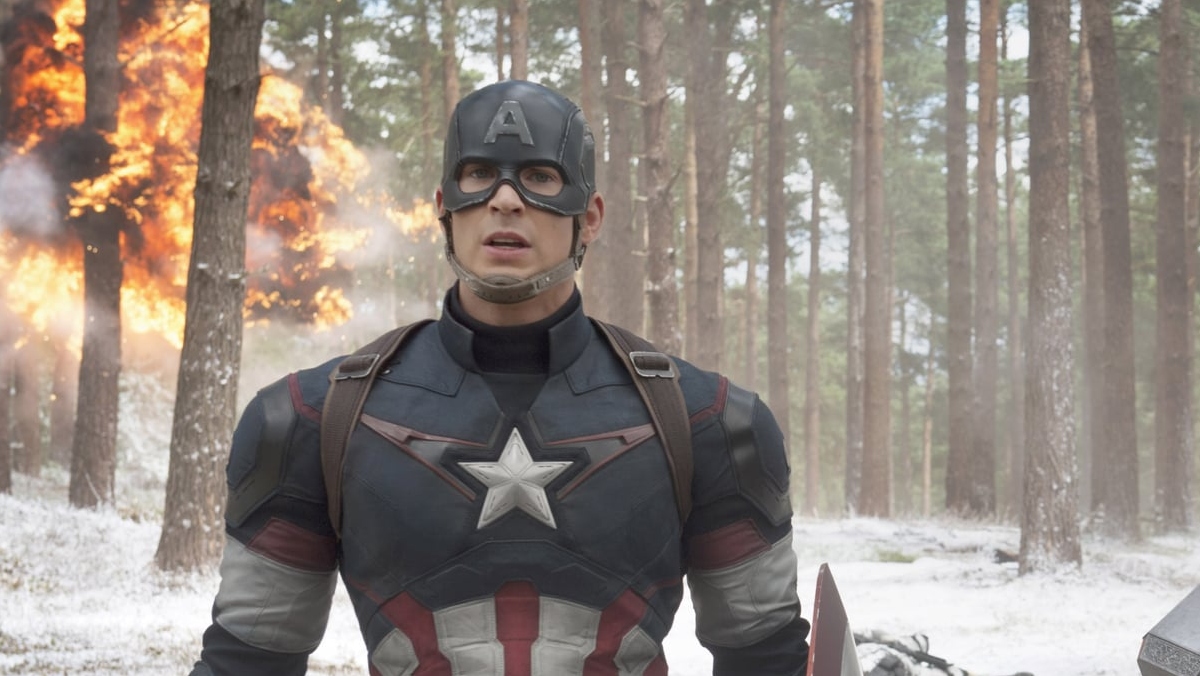 The same frame features a small blue vial of what looks like the Super Soldier Serum. That was the creation of ex-Nazi scientist Dr. Abraham Erskine, which gave Steve Rogers his powers in the ’40s. Its inclusion here seems to hint that we’ll be learning about the American government trying to recreate it. The fact that it’s included alongside a Power Broker reference seems to support that too. It also connects to the Isaiah Bradley storyline where the gov’t was trying to recreate the serum.

Will the credits be filled with this many new secrets next time? We’ll have to tune in to find out.