Ewan McGregor, as his hardcore fans know, is really into motorcycles. Now, the man behind Obi-Wan Kenobi and dozens of other iconic roles is turning his love of epic motorcycle road trips into a new Apple TV+ docuseries called Long Way Up. You can check out the first trailer down below:

Debuting on September 18, Long Way Up will drop its first three episodes on premiere day. After that, it will be followed by weekly episodes. The premise for this series finds Ewan and his best friend Charley Boorman—son of Excalibur and Zardoz director John Boorman—as they attempt a motorcycle road trip for the ages. Mixing travel and friendship isn’t new to these two longtime friends, but they haven’t set out on a motorbike trip like this in over a decade. 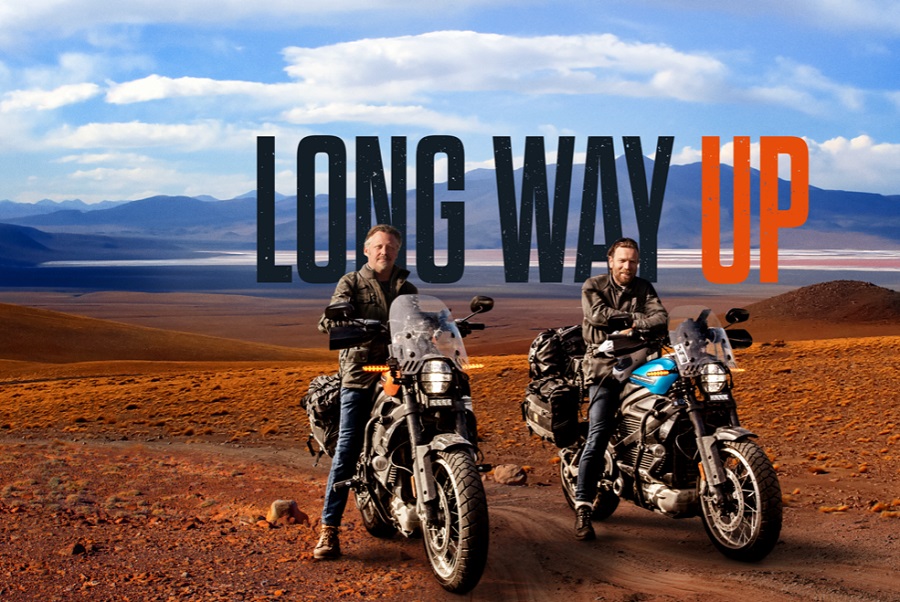 Although it’s been ten years since their last cycle adventure around the world, the two BFFs are ready for one more epic journey. Ewan and Charley did something similar once before, as they rode their way across Europe and North America for the BBC series Long Way Round, back in 2004-2005. Think of this as the long awaited sequel. More than just another cross-continent road trip, this series documents their most challenging expedition to date, as the two cover 13,000 miles over 100 days. They start in from Ushuaia, Argentina at the tip of South America, and ride all the way up to L.A.

In an effort to contribute to the sustainability of the planet, Ewan and Charley travel on prototype, electric Harley-Davidson LiveWire motorcycles. Using the latest in cutting-edge technology while making this journey, they travel through 16 border crossings and 13 countries along with their longtime collaborators, directors David Alexanian and Russ Malkin. The directors follow in the first two electric Rivian trucks ever made.

If you’re ready to take this trip with them, the series debuts on Friday, September 18.