How do you recreate one of the most iconic horror performances of all time, 40 years later? That’s the dilemma writer/director Mike Flanagan was faced with in adapting his new film, Doctor Sleep. The movie, based on the book of the same name by Stephen King, is a sequel to The Shining, and incorporates elements of Stanley Kubrick’s 1980 masterpiece, right down to exacting replicas of those famous sets. At the center of Doctor Sleep is the story of Danny Torrance, who was a little boy in The Shining, but is now a grown man dealing with the same addiction that sent his father, Jack, down a spiral of violence. Ewan McGregor plays the grown-up version of Danny—a role originated by child actor Dan Lloyd—and was given the enormous task of bringing King’s updated take on the character to life.

Nerdist went to the Atlanta set of Doctor Sleep in the fall of 2018, where we caught up with McGregor and Flanagan, who discussed the opportunities and challenges that come with bringing Danny Torrance back to the big screen. For Flanagan, whose projects often center on the lasting effects of generational trauma, it was a natural choice to tackle Doctor Sleep. The film opens with a grown Dan Torrance struggling with alcoholism, like his father, and at his absolute rock bottom; after years of using alcohol to mute his psychic condition (the “shining”), he’s almost totally removed from reality. “The different ways [Dan] tries to suppress [his trauma], and to dull that shine with alcohol and with removing himself from people, it’s almost like a bingo card for all of the things I really like about stories,” Flanagan explained. 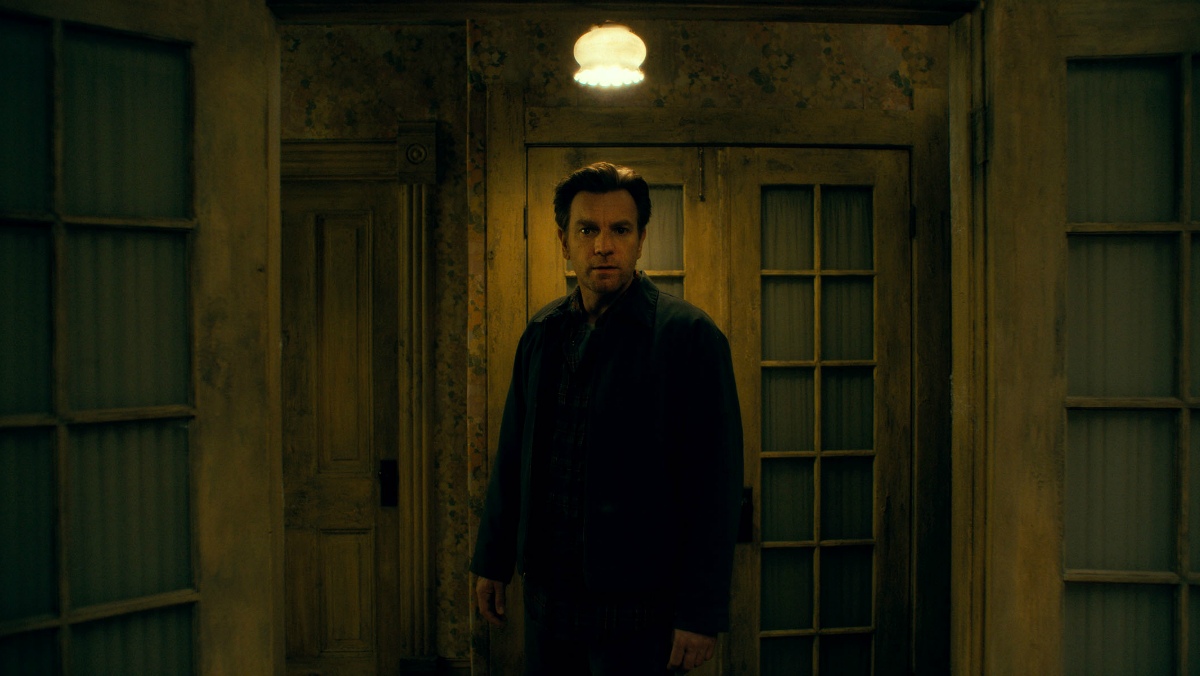 Doctor Sleep maps Dan from his bottomed-out state as a drinking alcoholic to his recovery as a sober alcoholic, who finds solace in AA meetings and in his new role as an orderly at a hospice facility in New Hampshire. There, he uses his newly renewed shining abilities to comfort patients drifting to death, and is given the nickname “Doctor Sleep.” Around this time, he also develops a psychic connection with a little girl named Abra (Kyliegh Curran), who also has the shining, and who is being stalked by a villainous, energy-draining villain named Rose the Hat (Rebecca Ferguson). Dan’s bond with Abra renews his sense of purpose, and gives Dan an arc that McGregor called “quite a nice journey for a character in the space of one movie.”

Flanagan was drawn to McGregor after first seeing him in the 1994 film Shallow Grave, and knew he was perfect for the part after the two met up in the editing room of Flanagan’s Netflix series, The Haunting of Hill House. What was meant to be a half-hour meeting turned into a 90-minute conversation between the two men, where they discussed just about everything but the script itself: sobriety, their mutual love of Kubrick’s film, their personal lives. “It was really about the ideas of the movie that spoke to us as people, instead of a clinical breakdown of the character and the story,” Flanagan said. “I’ve never really had a meeting like that before.” After countless meetings with a number of high-profile, talented actors, Flanagan went with McGregor based on a gut feeling.

King was also impressed by McGregor and gave the casting his blessing, which is the ultimate compliment given how personal The Shining is to the author, who wrote it in the midst of his own struggles with alcoholism and addiction. McGregor, who is 17 years sober himself, said that he didn’t do anything specific to get into the role, although that shared experience with King must have helped. “ Stephen King‘s experience with the subject matter is dripping out of the novel,” McGregor said, adding that both the novel and the script communicated everything he needed to know about inhabiting Dan, including the most painful aspects of his journey. 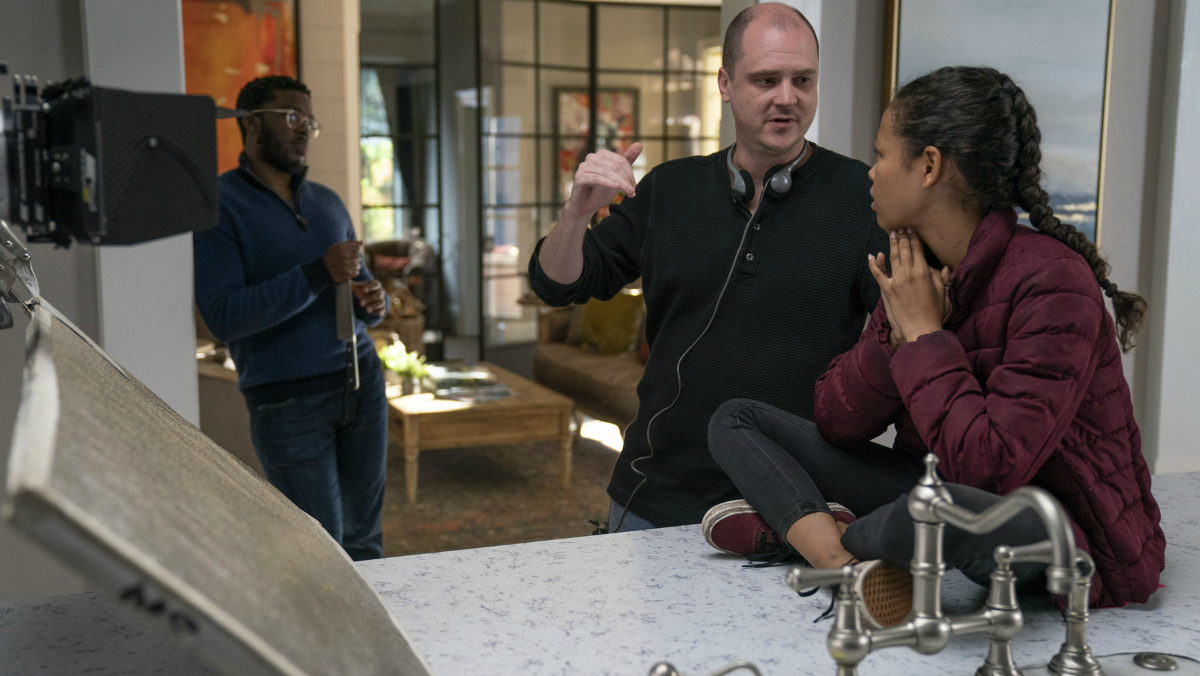 In addition to being an addict and a psychic, Dan is also, most importantly, a son. His relationship with his parents and his traumas are integral to his characterization. In fact, McGregor said that when he went back to watch The Shining in preparation for the role, he didn’t study Dan Lloyd’s performance as Danny, but instead focused on Jack Nicholson’s as Jack. “There’s not very much I can pick up from the kid in The Shining because I don’t know how similar we are to our five-year-old selves when we’re adults, but we are similar to our fathers in many ways,” he explained. “So it was more interesting for me to look at Jack in that respect.”

It was clear from McGregor’s rapport with Curran, who was also on set during our interview, that the bond between the two is very strong, and key to unlocking the character of Dan and how he moves on from and reconciles with his past, on both a personal and familial level. Fans of the novel will know there’s more to that relationship than originally meets the eye, and it has ties to exactly what McGregor spoke about regarding fathers and sons. Curran, who’s 14, said she read parts of King’s The Shining so that she could better understand Dan, and also said that her favorite part of working on the film was sharing scenes with McGregor. “Abra is, in many ways, stronger than Dan,” McGregor said. Curran added, “She’s a tough cookie.”

How that bond translates to screen, and other secrets to McGregor’s portrayal of Dan Torrance, will be revealed when Doctor Sleep arrives in theaters on November 8.