Oh, Marvel! Always surprising us with your deep cut character choices. As we venture deeper into the multiverse and the MCU’s 26th movie, it makes sense that things are getting weird. But did we expect them to get Pip the Troll weird? No, we can’t say we did. In the first of two Eternals credits sequences, we meet the Jim Starlin creation. And he’s not alone. Pip the Troll debuts while introducing the brother of Thanos. If you want to know about Eros then we have you covered, but we’re here to talk about Pip. And his appearance makes a whole lot of sense now that we know Adam Warlock will be joining the MCU soon.

Who Is Pip the Troll?? 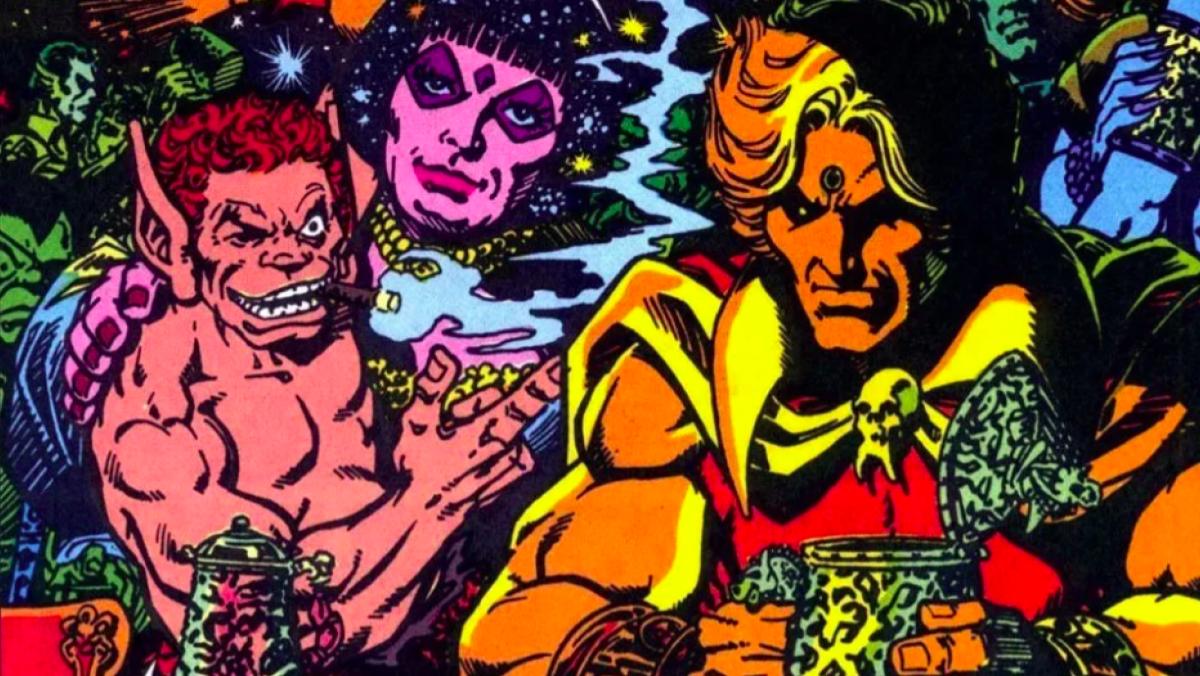 As with most of the current MCU, Jim Starlin is the mind behind Pip the Troll. The iconic cartoonist and creator of Thanos introduced Pip in 1975’s Strange Tales #179. Just like the Mad Titan, Pip comes from an illustrious family line. Hailing from the planet of Laxidazia, Pip was an alien prince who enjoyed artistic pursuits. It may surprise you to learn he wasn’t always a troll; he transformed after drinking some hallucinogenic ale. Like you do. The character and his tendency to enjoy a stogie came from Starlin’s inspiration: one of the most powerful creators in the Marvel Universe and all around comics icon, Jack “King” Kirby.

How Does Pip the Troll Connect to Adam Warlock? 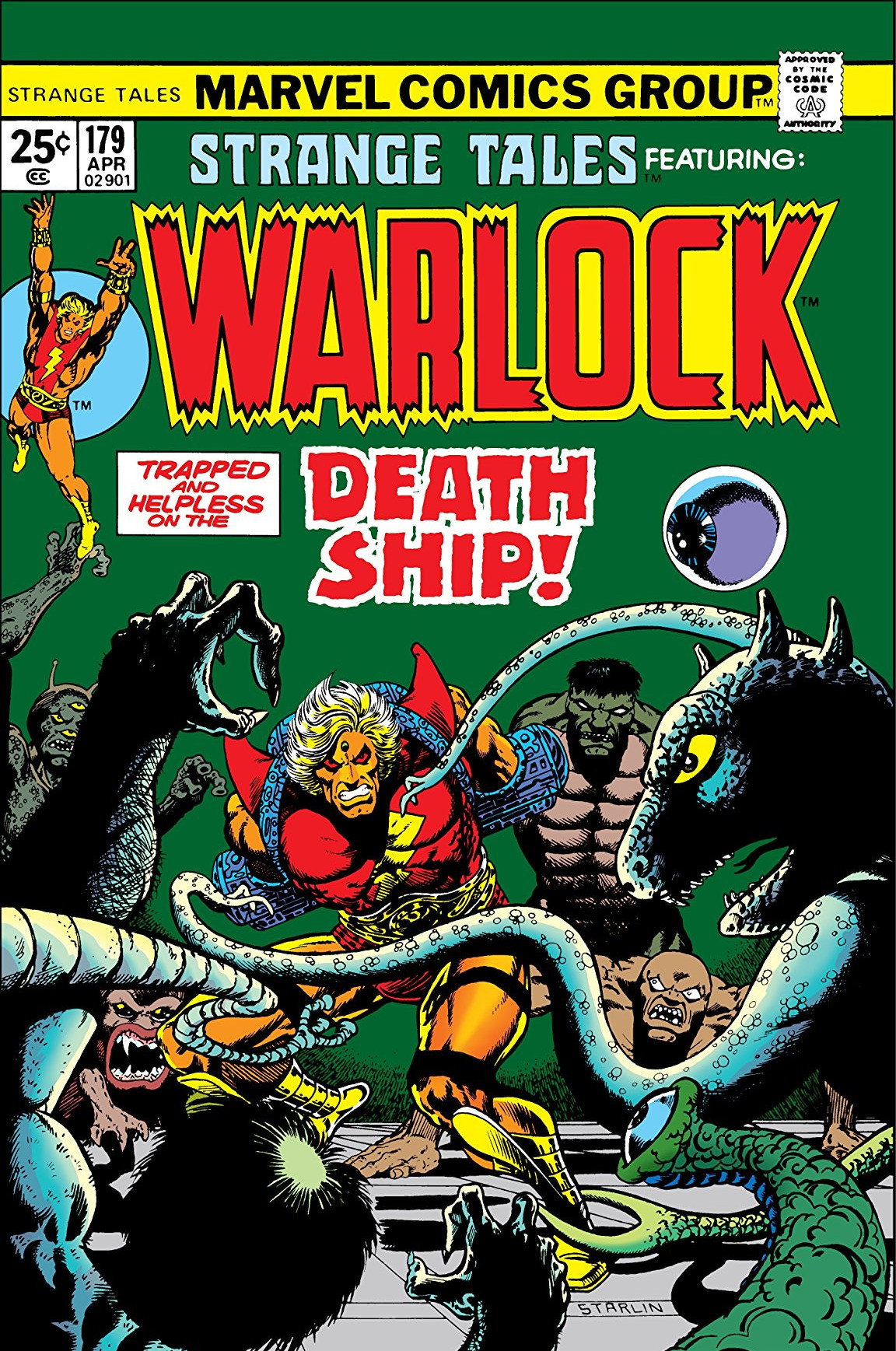 Pip Gofern debuted just one issue after the start of Starlin’s Warlock epic kicked off in Strange Tales #178. The cigar-smoking smart-talking cosmic creature immediately became key to Adam Warlock’s adventures. From his first appearance, Pip presented himself as an ally to Warlock. He enabled the gold-skinned alien to escape from intergalactic jail and joined him as pilot and counselor, listening to Adam’s treacherous tale of woe. During Warlock’s run in Strange Tales and its continuation in the Warlock solo series in the mid 1970s, Pip was an unexpected friend to Warlock. The pair got into a ton of space shenanigans. But it was almost 15 years later during Starlin’s Silver Surfer run that Pip would become part of one of Marvel’s most important storylines ever.

After reintroducing Pip at the tail end of his and Ron Lim’s stunning Silver Surfer series, Pip became a player in Infinity Gauntlet. But it’s the follow-up story that has us really excited. After the events of Infinity Gauntlet, Adam Warlock creates the Infinity Watch. The series centered on the Infinity Watch, a group of heroes who each took control of an Infinity Gem. One of those heroes? Pip the Troll, who was entrusted with the Space Gem. With Thanos vanquished in the MCU, we could see Adam arrive on the search for the Infinity Gems. And if he secures them perhaps he’ll want to create an Infinity Watch of his own. Seeing as Pip introduced Thanos’ brother Eros in Eternals, it could be that Eros and Adam are somehow driven by the actions of the Mad Titan and the power of the Gems. Especially as Warlock is so deeply connected to them.

What Does Pip the Troll’s Cameo Mean for the Rest of the MCU? 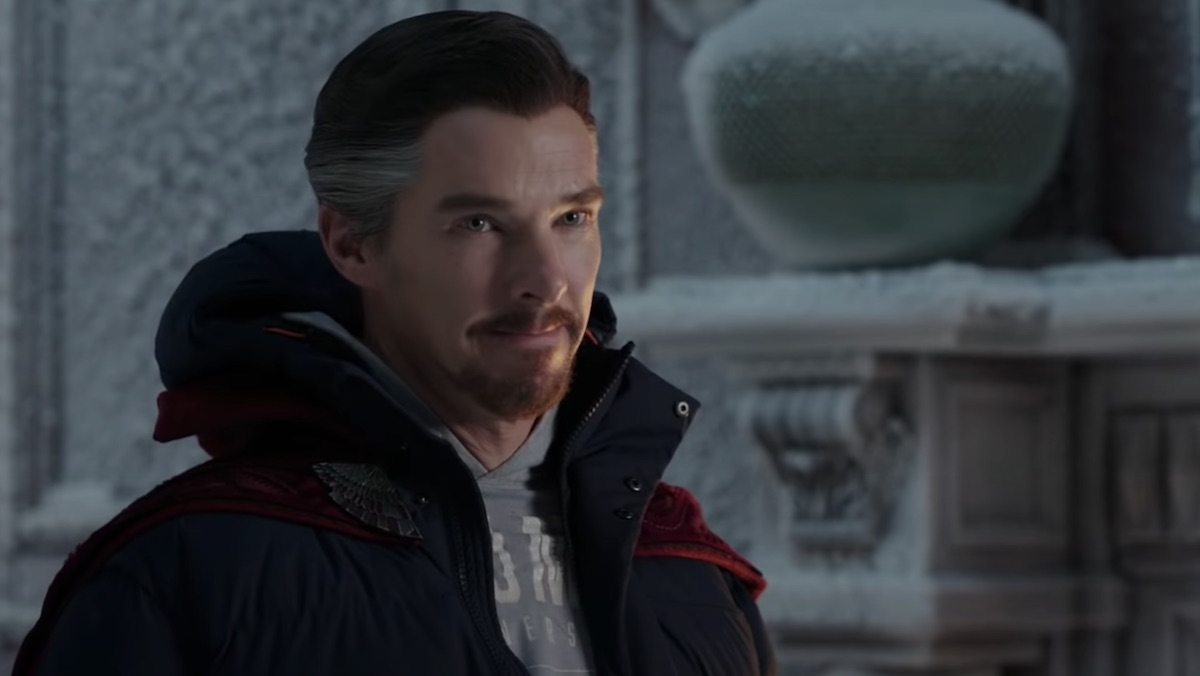 Infinity Watch seems to be a likely area of exploration for Pip in the MCU. And seeing as Pip was also in Infinity War, Infinity Crusade, Infinity Abyss, Starlin’s Thanos solo series, and more, there’s a lot of Gem drama to draw from. And with Adam being introduced properly, it means that the Infinity Gems (err, Stones) are definitely back in play. It seems particularly interesting to note that Pip was a main player in the Doctor Strange tie-ins for Infinity Gauntlet. Although Marvel is seemingly done with the Infinity Saga for now, we know Strange is key to their upcoming plans.

Aside from the obvious connection to Adam Warlock that we just laid out, Pip has a ton of potential connections to the MCU. We can expect to see him in Guardians of the Galaxy Vol. 3, not only because of Adam but because he recently appeared in the Asgardians of the Galaxy comic book series as a member of the Ravagers. He’d definitely fit into James Gunn’s frantic and fantastical world, plus the Ravagers now need a leader. He also has connections to the world of mutants. See, there was a time when Pip had to infiltrate X-Factor Investigations at the behest of Hela Goddess of Death.

As you can see, Pip has gotten around. His arrival likely heralds that of Adam Warlock, but he could also just be the tip of a melting cosmic iceberg. After all, he did make a big comeback in Silver Surfer Vol. 3 #46 when he was revealed to have been trapped in the Soul Gem along with Adam Warlock and Gamora. We’re not saying Pip appearing means that the Silver Surfer is on his way… but we’re not not saying that either.